Posted by Sama in Funny On 16th July 2021
ADVERTISEMENT

To have a fresh start and to bury the hatchet, Real Housewives of Beverly Hills' star Taylor Armstrong took the initiative to call the infamous white cat Smudge and talk things out and to clear out any differences.

Watch the amusing clip and let it give you good laugh! 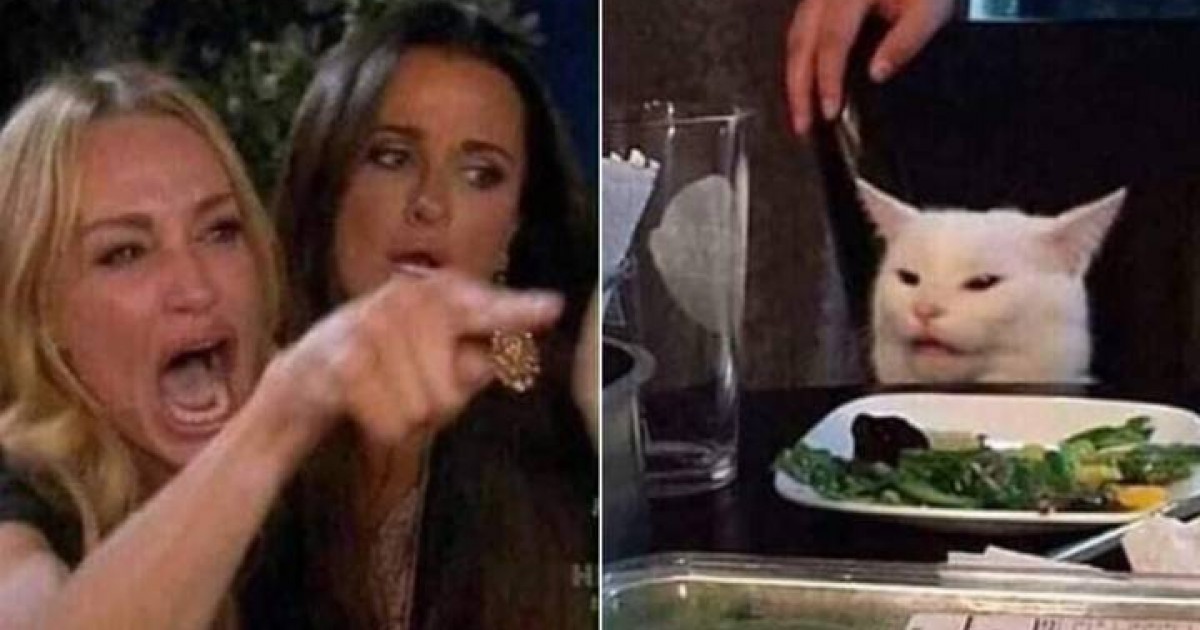 In 2018, a photo of Real Housewives of Beverly Hills' star Taylor Armstrong yelling at someone while on the show was stuck alongside a snap of an angry-looking white cat called Smudge sat at a table.

The photo since then has gone viral for all the reasons right and has become the greatest source of entertainment for the internet as meme material. 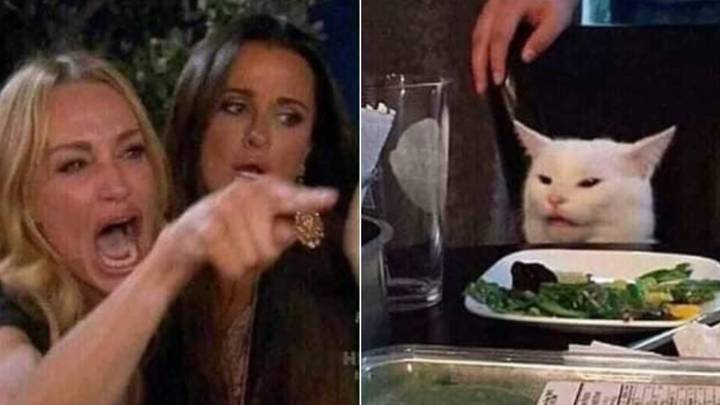 You will find memes of this photo on every corner of the internet and it even received the title of Meme of the Year at the Shorty Awards.

Tayor who has played an important role in this meme, just like the internet has seen the fun side of it only, she has also enjoyed it. To make it more fun, the actor decided to put in a call to Smudge to make sure there are no hard feelings.

In a funny clip made to mark the meme's Shorty Awards win, Taylor explained:

"Over the last year my anger has lessened, so I've decided it's time to bury the hatchet." 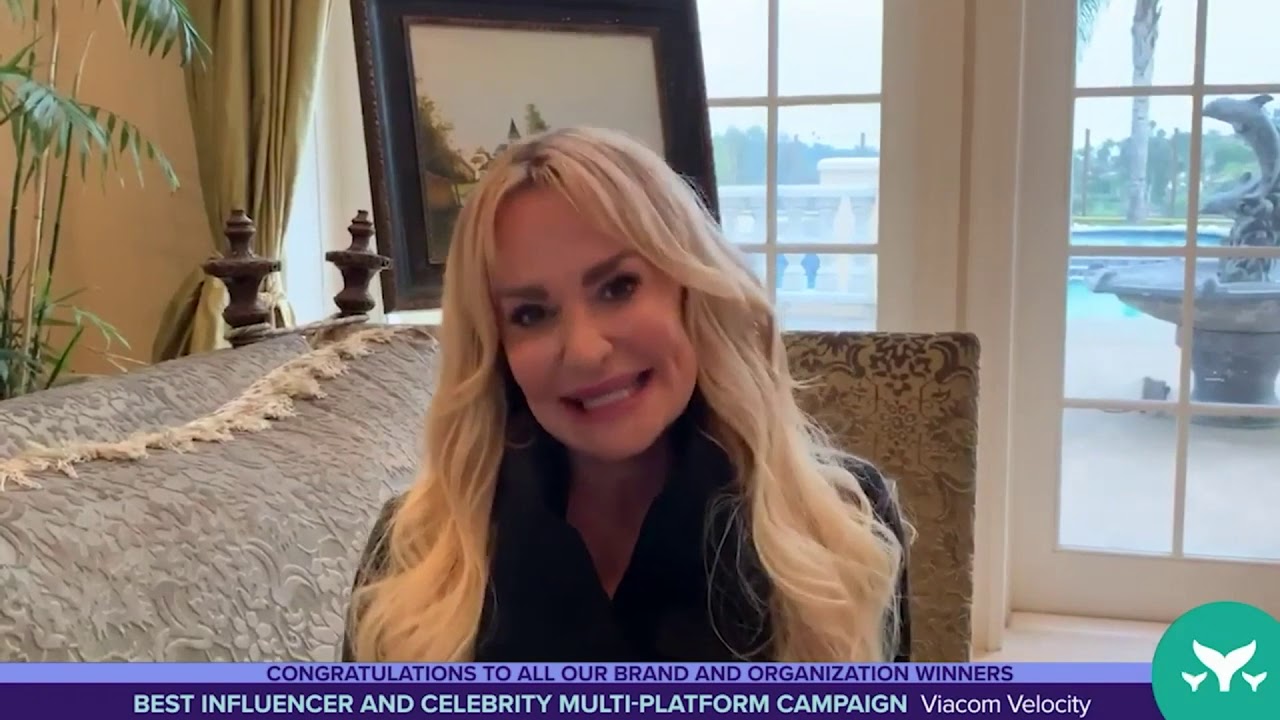 To ensure there are no grievances left between the feline and the actor, Taylor whips out her phone, punches in the number while the clip cuts to Smudge lying alongside a landline.

Taylor kicks off by saying:

"Ergh, there's no need to be catty with me. Listen, I know I can be a little dramatic at times, but I actually called to tell you that I wanted to say, I'm sorry for yelling at you all the time.

"No, I haven't had too much milk to drink. And you know I only drink skim - you're the one that can't get off the whole stuff. 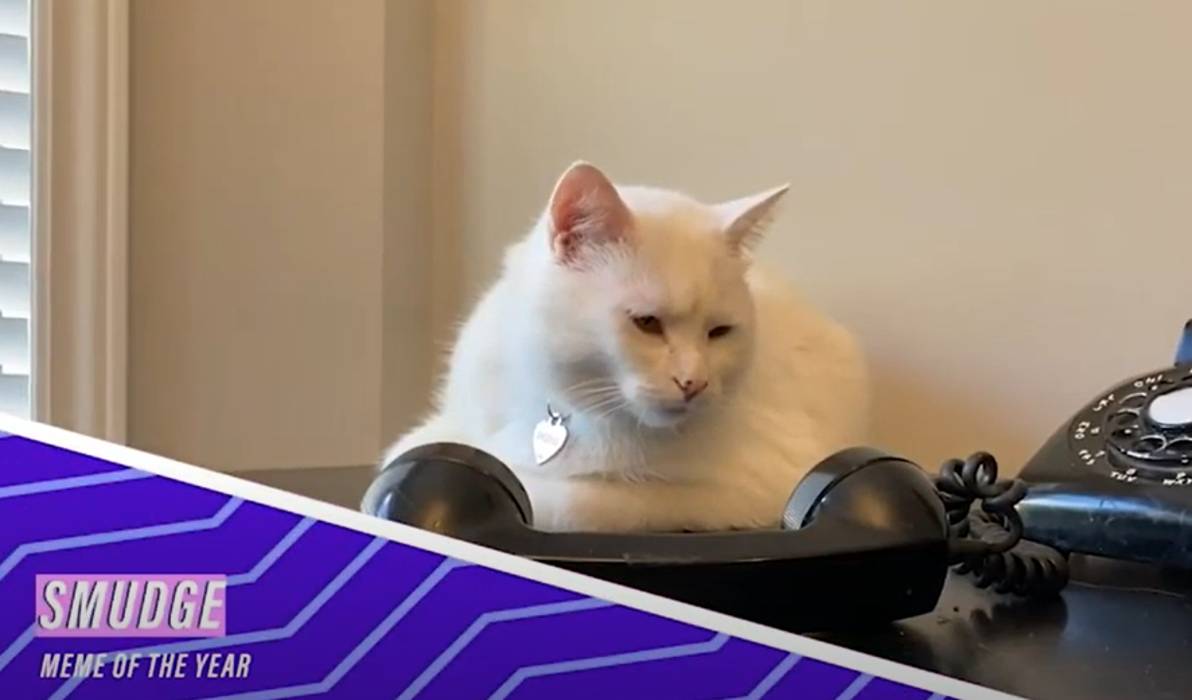 "Good. I'm glad we could bury the hatchet after a tough year... oh, the laser pointer is back on your wall? You should try and catch it. You're definitely going to get it this time. Take care Smudge." 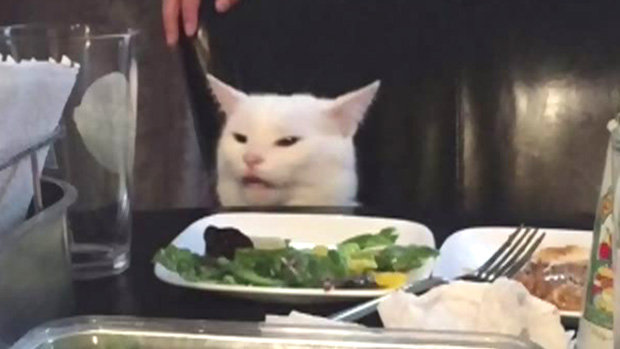 Smudge's owner Miranda Stillabower is still in awe of how her cat got so much fame in the last few years but puts the meme's popularity down to the fact that it's very 'versatile'. 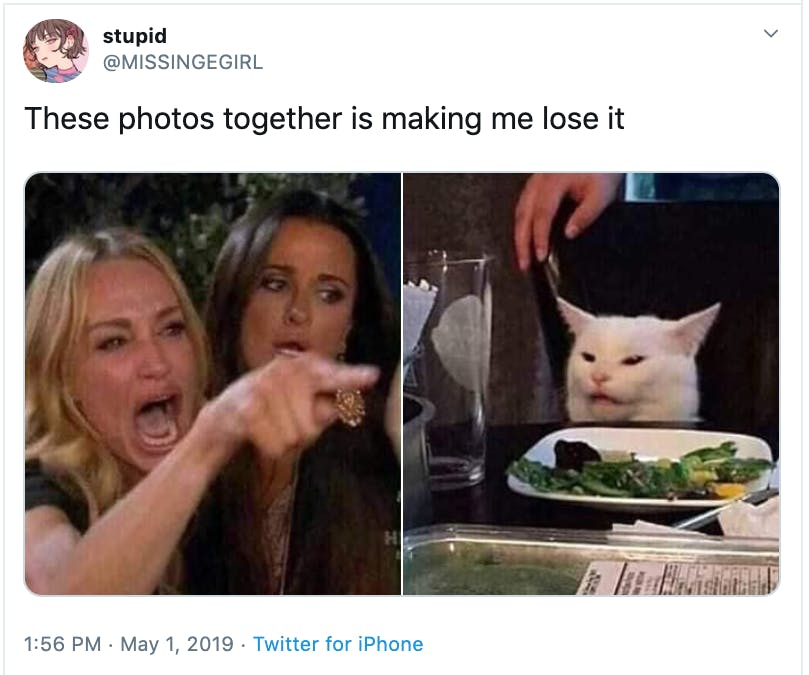 "I think people like the meme so much because of how versatile it is.

"You can use it for almost any scenario you could think of. Also, Smudge's face is pretty relatable in general."

She also revealed Smudge 'gets upset' if he doesn't have his own seat at the table, which explains why he came to be sat in front of a plate of salad.