Posted by Sama in Bizarre On 20th April 2021
ADVERTISEMENT

This woman got a surprise birthday gift of a DNA test from her boyfriend which definitely left the couple shocked. The test result showed that the couple has a blood relation and they both are cousins. The TikTok video has now gone viral on social media and has sparked debate over whether people can date their cousins or not? Watch the clip and let us know your opinion in the comments. 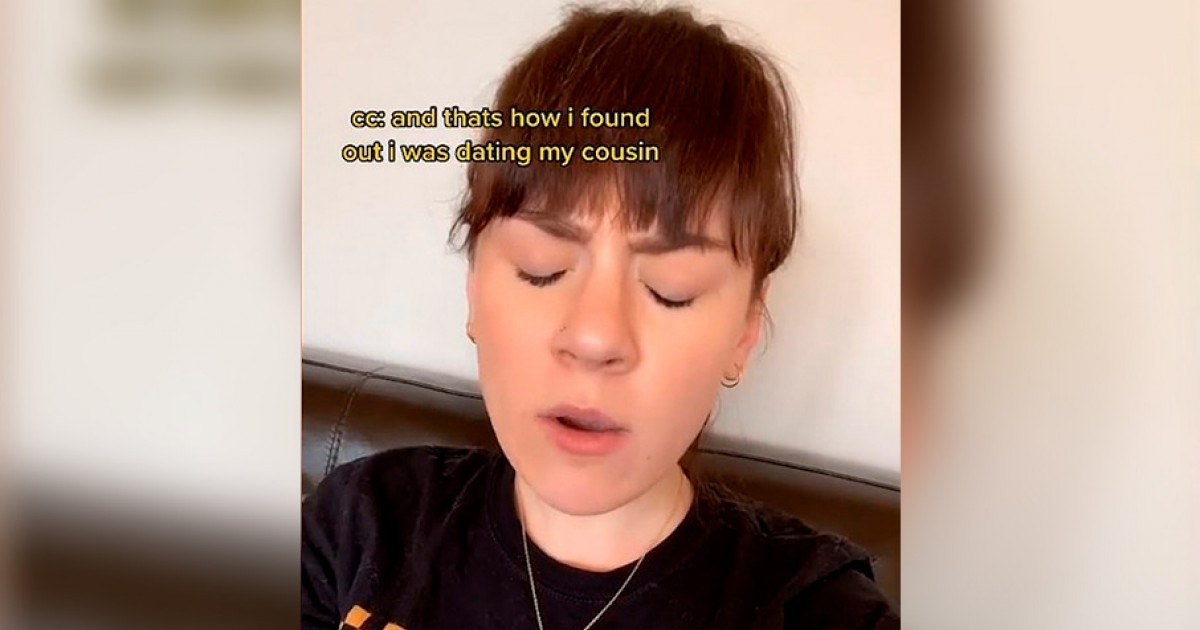 A TikToker shared her story of how her boyfriend is actually her cousin after he bought her a DNA test for her birthday.

In a now-viral video on TikTok, mattilathehun shared with her followers to ‘imagine a more ‘white person in Saskatchewan’ scenario’.

‘For my birthday last year, my ex got me one of those DNA test kits,’ she says, explaining to her followers that her mother is adopted and she doesn’t have a relationship with her biological father. 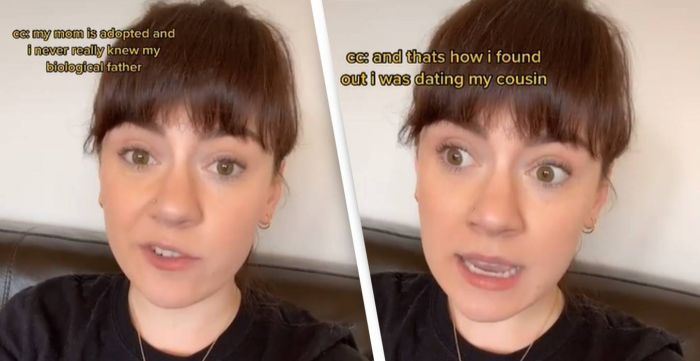 ‘So I was mostly interested in the health information, to see if there was anything to watch out for,’ she says.

As it was on sale her boyfriend also got himself one.

‘So we got the results back a month later and I was looking through the list of relatives and I turned to my boyfriend, and I said ‘hey this is pretty nifty, I’m related to someone who has the same name as you’,’ she says.

‘And that’s how I found out I was dating my cousin,’ she added. 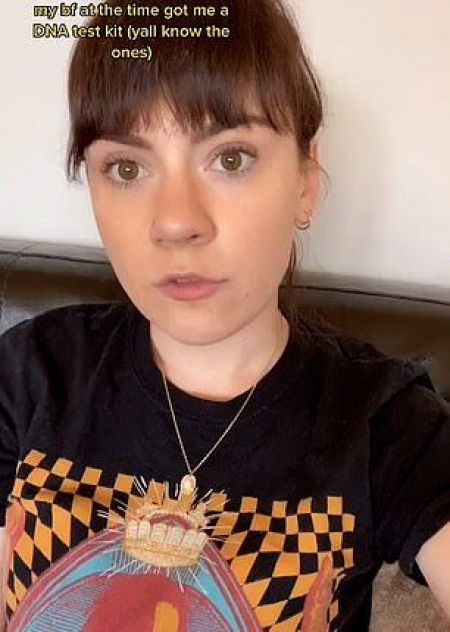 The DNA testing website revealed that they are probably third cousins and share a set of great, great grandparents, however, the TikToker shares that she belives that they are more likely second cousins. 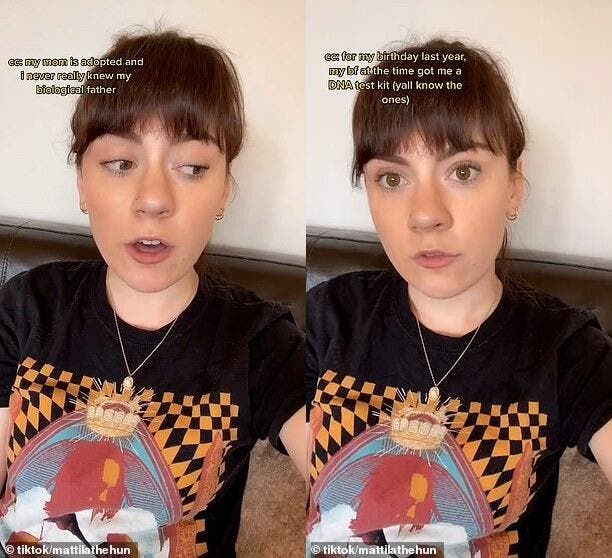 She came to this conclusion after researching more into her family background from her father's biological side and found that they share too much DNA to be third cousins.

Well, to answer the question of what happened to the couple next? The couple stayed together after finding g the results for another four months but broke up for other reasons. 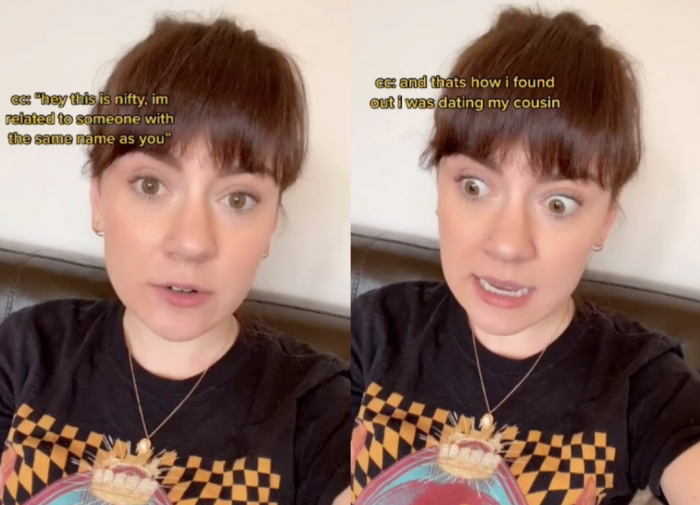 As one of the followers pointed out: ‘You guys, there are 7 billion people on Earth, you don’t have to ride so hard for dating second cousins.’ 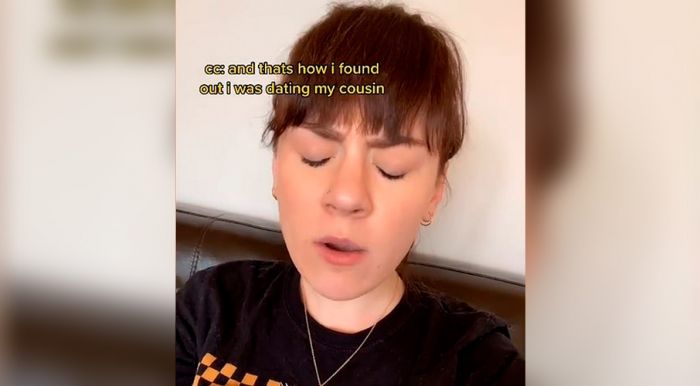