Posted by in Social Issues On 23rd September 2021
ADVERTISEMENT

Wife teaches husband a lesson after going on strike after he complained about being the only one that cleaned in the home. 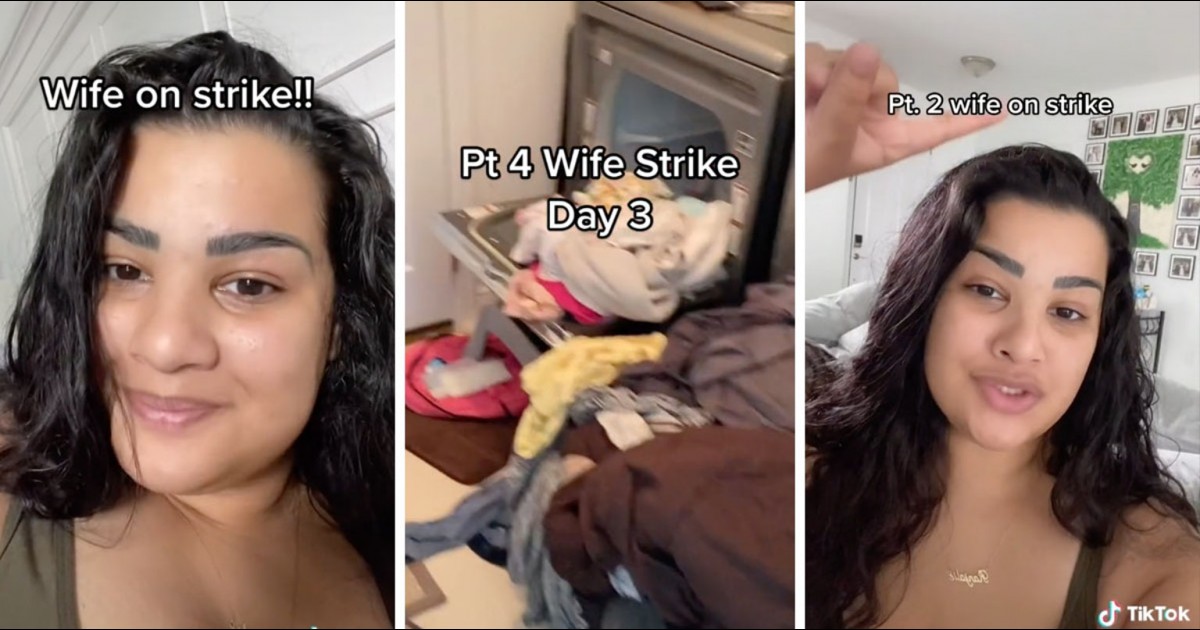 A man found out the hard way just how much work his wife actually did around the house after he magnificently put his foot in his mouth by saying that he was ‘the only one who cleans around here.”

Jalie Gil, 27 decided to test that theory and decided the only way to explain to her husband was to just not do her part of the chores anymore.

Jalie said she realised, “that I was conditioned to silently clean up after my husband. “He literally forgets he ever left a mess behind.”

After her strike, she quickly found out that there were others in very similar situations and launched a TikTok to document the results of her strike.

everything he does when I ask is SO halfazzed

Just by Day 2, she had started getting the silent treatment. By Day 4, her husband had stepped up and started cleaning. His methods however were far from perfect.

The toilet had smears of cleaning products around it while bottles and packaging lie around it randomly.

She also revealed that while this was entertaining enough, she had to block some of her in-laws to avoid family drama, especially when the two were making such progress.

But the people wanted more from her.

By the end of the week, things had actually started whipping into shape but she has decided to keep going until some “areas of concern are addressed.”

While the hubby now understands that he needs to take up some of the responsibilities, Jalie doesn’t just want this to be a one-off experiment but rather a lifestyle change.

Commenters were vehemently on Jalie's side saying that this behaviour needed to chaneg across tjhe board.