Posted by Sama in Bizarre On 23rd November 2021

Hailey Custer, 28, from Arizona opens up on her part of life where she learned that her best friend has given birth to her husband's child. Hailey shares the moment when she learned the truth and h=the sense of betrayal she felt. However, despite the bitter truth Hailey helped her friend give birth and even let her stay in her house because she had nowhere to go. 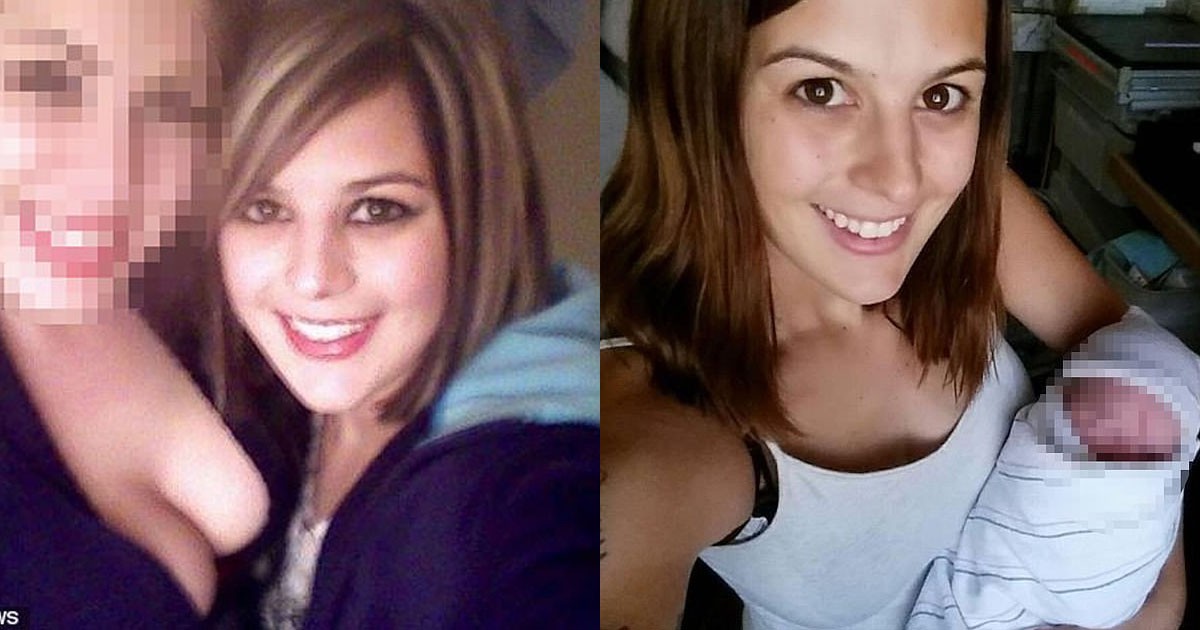 Hailey Custer, 28, from Wickenburg, Arizona helped her best friend throughout her pregnancy to help deliver the child only to later find that her husband is the father of the child.

Hailey says she was left devastated after finding that her husband of six years, Travis Bowling, 36, had allegedly cheated on her with her close friend.

The devastated mom shares that she was there with her friend 'every step of the way' during pregnancy - including wearing the hospital's 'daddy wrist band' - she was devastated when she spotted a birth defect on the baby's neck that was identical to one her husband has. 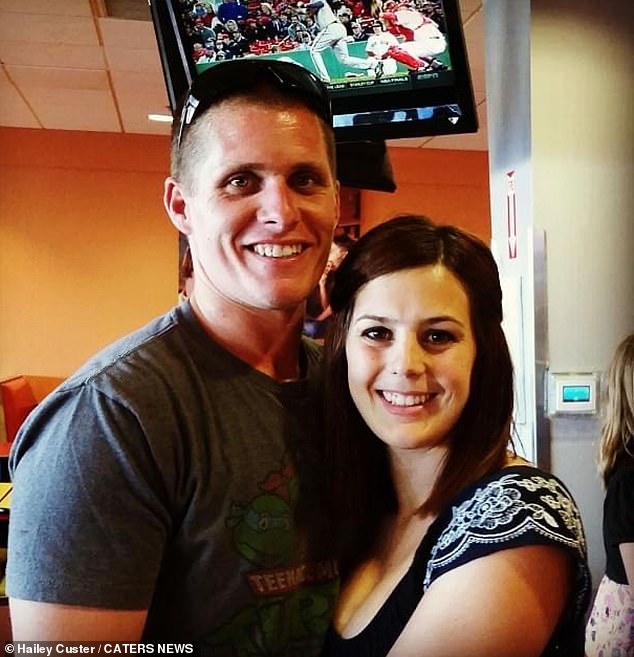 Hailey says that she confronted the duo and her fear turned true after they confessed. She now claims that Bowling had cheated on her with up to 30 women during their marriage.

Despite the fact that her husband is the father of the child, Hailey says after her friend gave birth she welcomed her in her mo as she had 'nowhere to go.'

She said: 'I kept thinking of my kids, at the end of the day that is their blood sibling and I'm not going to be the one who causes harm to that child.' 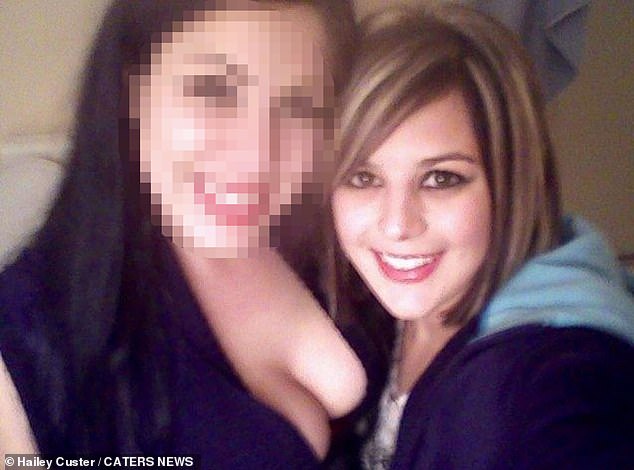 Hailey who is also a recovering drug addict shared her story on TikTok and the story went viral, with one video gaining over 3.4million views.

In one of her clips, the heartbroken mom shares that she decided to get sober after she became pregnant with her own child years earlier. And she wanted to help her friend, who was also an addict, do the same.

'I had been forced to sober up because I found out I was pregnant,' she explained.

'When I found out my friend was using and she found out she was pregnant, I wanted to do what was right and make sure that she was safe and taken care of.'

Hailey works in administration, shared her situation with Caters News, and she told them that she noticed her friend and her husband getting close, but didn't think anything of it. 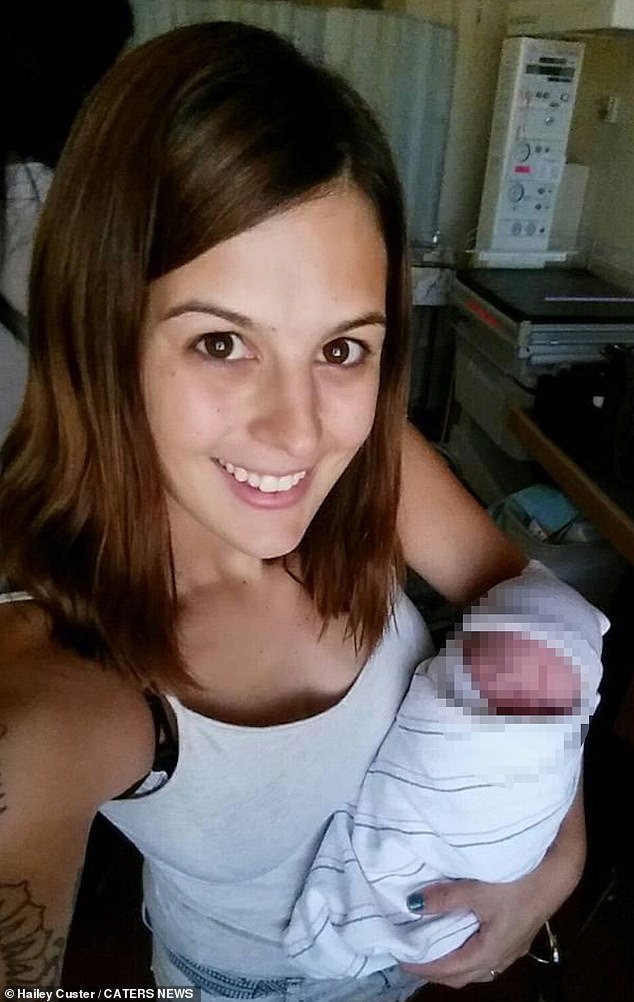 'We are all charismatic people, so we all had that nature to be charismatic around each other and make jokes. I didn't see anything there,' she said. 'I was very naïve so I just didn't think it would be possible for someone to do that.'

She explained that she helped take her friend to doctors appointments, drove her to the hospital while she was in labor, and was right by her side when she gave birth.

'It was a beautiful experience for me at the end of the day, I will never forget that. I was just happy to be a part of that,' she added on TikTok.

She also told Caters: 'In the hospital before I found out, I stepped into that father figure role. I was there for her every step of the way. Even in the hospital I wore the daddy wrist band, when she got her epidural, she laid on me. I actually gave the baby her first bath.' 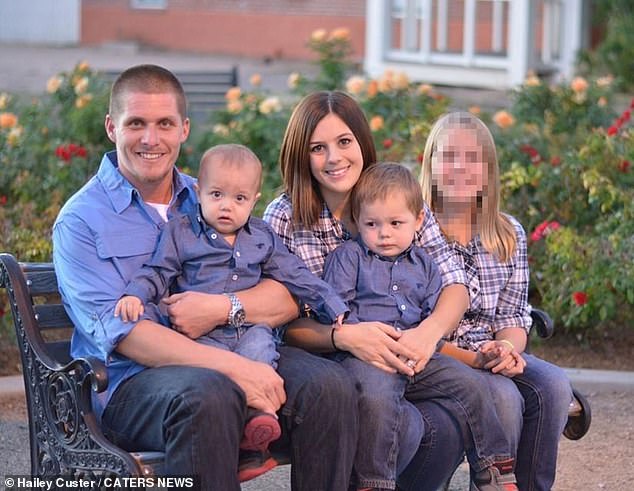 However, she was left shook when she noticed a hereditary defect on the baby's neck a few days after they got home from the hospital, she claimed that she knew right away that the baby was her husband's.

'I'm very familiar with [the hereditary defect] because my older son has it - it's an extra piece of cartilage that grows out of the side of his neck,' she explained on the video streaming app.

'I was changing her daughter and I noticed that she had what we call the Bowling bumps, and several of his other children have it as well, so I knew exactly that that baby was my husbands.'

She told Caters that the only thing she remembers is feeling 'shock come over her.'

She added, 'When I found out my friend was standing next to me, I looked at her and you could just tell. She couldn't say anything, she just dropped her head and looked to the floor, and I just knew.

'There were no words that were said, I just knew. For me, I was in a state of shock for a little bit. I walked outside when I first found out and just prayed.

'I kept hearing the words over and over in my head - "bigger picture." For me that meant, stop with your tunnel vision.

'I was in a lot of shock in the beginning I couldn't even process what had happened, it was almost like a stage of grief. 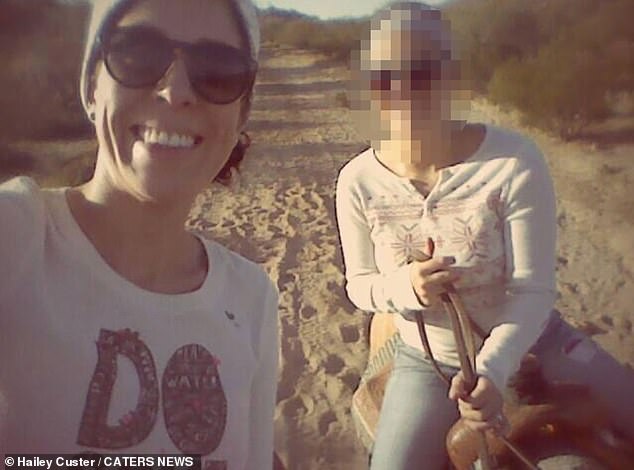 Hailey says she was keen to help her best friend and continued to let her live at her house.

She told Caters, 'Now we have this innocent child who had no say in this whole situation, you have someone who doesn't have anywhere to go, who has no family, we're not going to kick them to the streets.

'I kept thinking of my kids, at the end of the day that is their blood sibling and I'm not going to be the one who causes harm to that child. So, she ended up staying with us.'

'We stayed friends right after. I was upset, don't get me wrong, but she stayed at our house,' she also said on TikTok. 'She helped with my kids and I helped with her kid. We basically played house together while he was out doing whatever he wanted to do.

'They stayed with us and I ended up taking care of the baby. The dad was never around, still battling addiction and couldn't take responsibility - he didn't want to admit it was his.

'There were a couple instances where he came home, and he was upset and he actually physically abused both of us.

'I always say that she was a victim as well. Especially when you're dealing with addiction, you'll do anything for your drug of choice and he was the biggest drug dealer where I'm from. So it is what it is, I get it.' 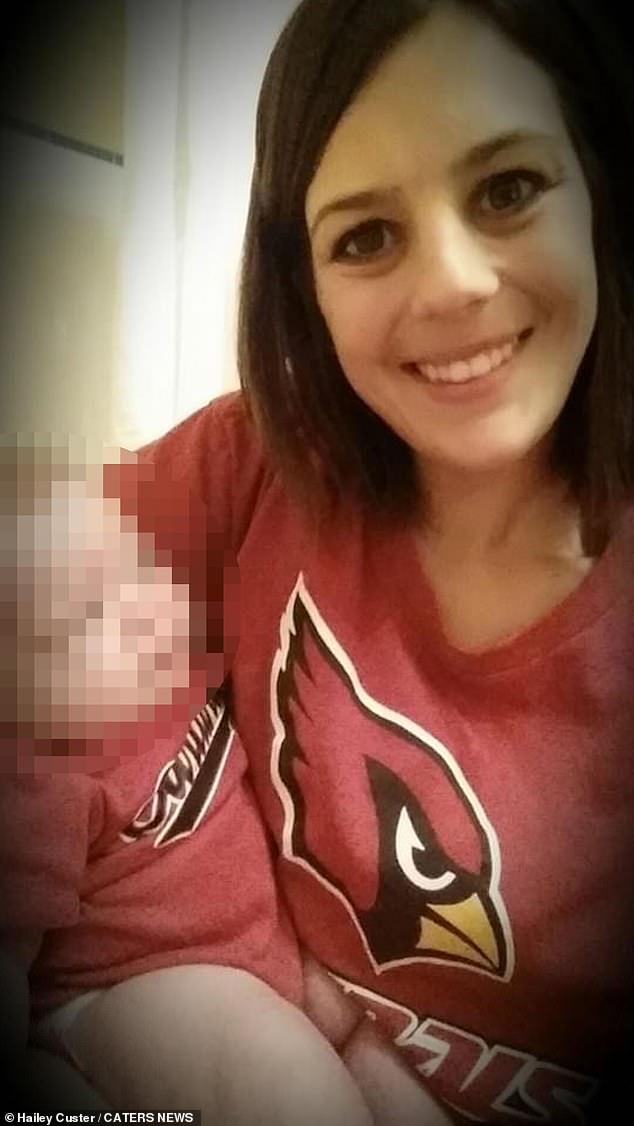 After the betrayal, Hailey says she has found the strength within herself to forgive.

She explained on TikTok, 'Everything happens for a reason and I'm still friends with her today. I still love her, I forgive her I just hope she can forgive herself. Everyone makes mistakes. 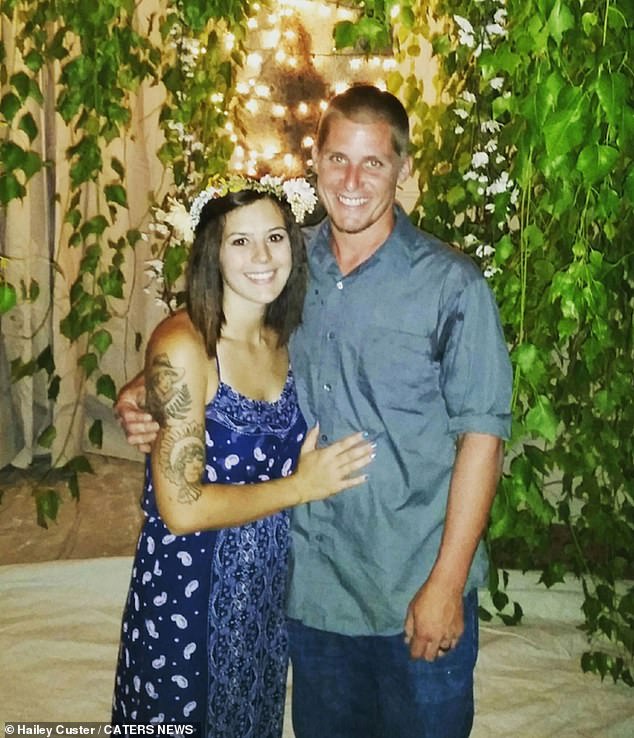 'There is no hate in my heart for either party. My ex-husband and me have three children together so I have to co-parent with him. And at the end of the day, my now ex-best friend's daughter is my children's sister. So I don't hold any hate in my heart.'

Talking to Caters, Hailey opened up on the response she received from people on the internet after they heard her story. 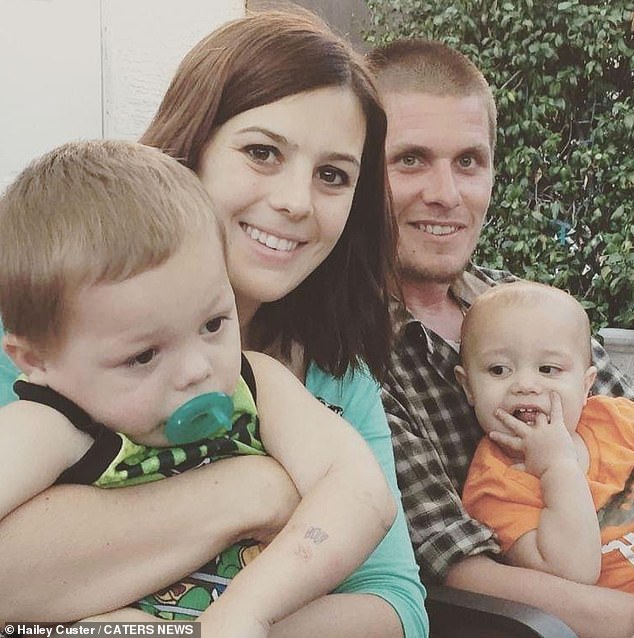 She said: 'I've had one or two comments who are obviously men and narcissistic who said, "Well if you took care of your man, he wouldn't have cheated."

'A lot of the comments though have been in support of me but there's been some heat towards my friend which I try to shut down as soon as possible because that was not my goal. 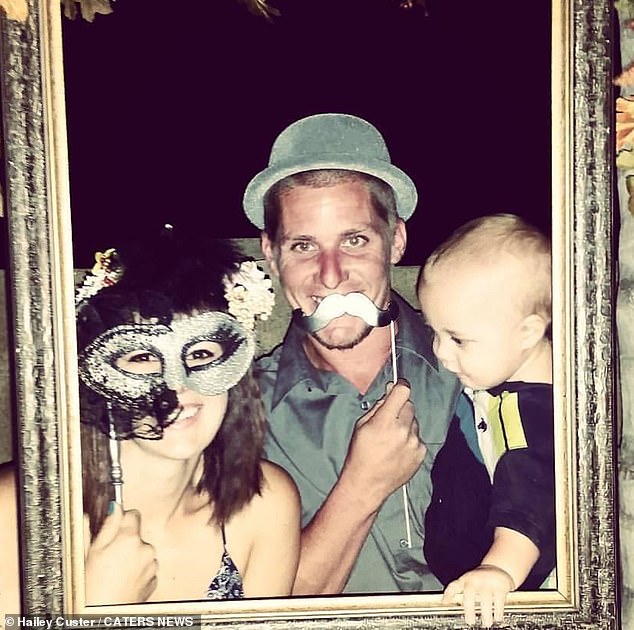 'That's the main point, you can walk through anything in life, and you can find forgiveness it just heals you from the inside out.

'When you don't forgive yourself it's like you drinking poison and wanting them to die. When I forgive for myself, it means I'm forgiving because I can't stay sick anymore.'

And to finally add to the story that Custer is happily remarried now! 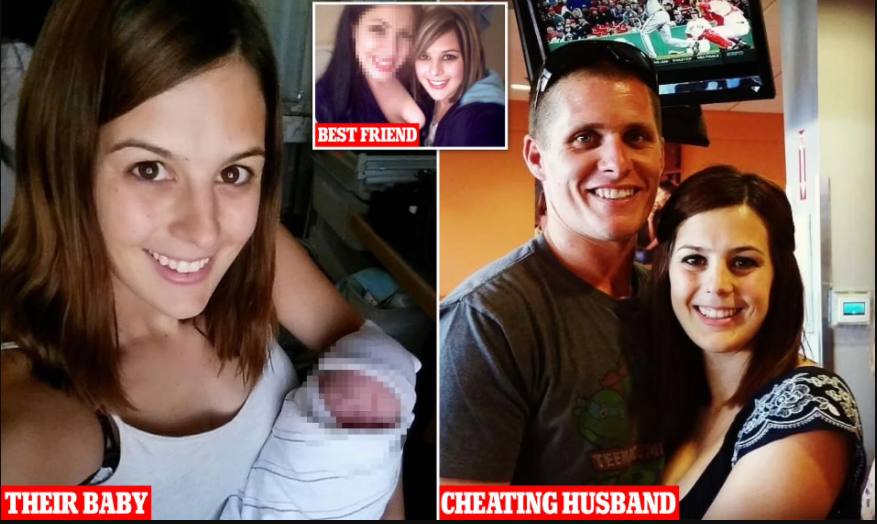