This bizarre incident took place in Target store in the US where a girl in a full wedding dress and accompanied by a bridesmaid and a priest marched in the store looking frantically here and there and after finally spotting her fiance, she demanded marriage from him then and there or their relationship completely over.

This woman in a bridal dress accompanied by a priest and a bridesmaid was filmed confronting a man in Target supermarket that we can only assume to be her boyfriend, telling him that they're getting married right there and then. 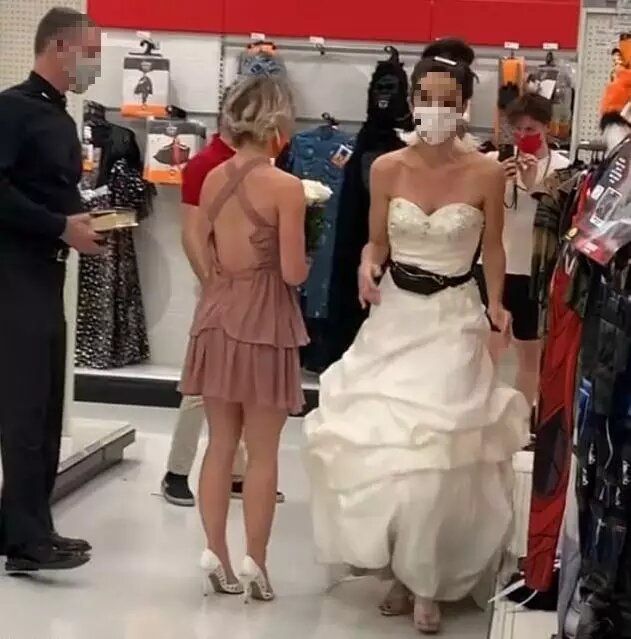 The crazy incident was captured and uploaded on Tik Tok in two parts.

In the first part, the woman was seen arriving at the store and storming about the place looking for her soon-to-be betrothed, who presumably works at the shop.

In the second part, the video shows her angrily confronting said employee, telling him that he'd better commit to their relationship and get married right there and then, or it's completely over for them as a couple.

From what is assumed that the two are engaged and for a few years and apparently the girl got tired of waiting and decided to get a shotgun wedding.

The woman in the wedding dress can be heard to say: "You put this ring on my finger two years ago and it's time to do it or get out. 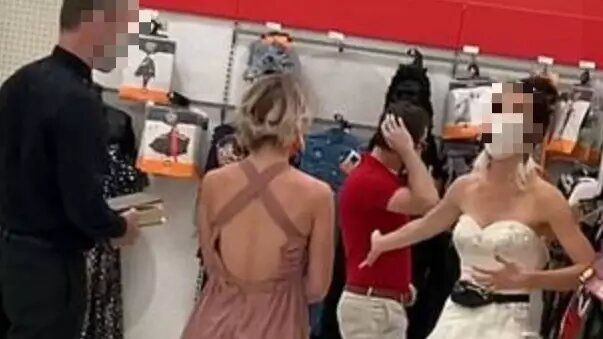 While the crazy scene is unfolding the fiancé can be heard to say something that sounds like "could someone have told me then?"

As like many other videos on Tik Tok, unfortunately, we don't know what happened to the couple, perhaps they have embarked on their happily married life now? One can always imagine the best right. 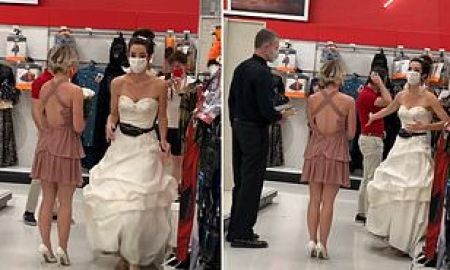