Posted by Editorial Staff in Bizarre On 1st June 2016
ADVERTISEMENT 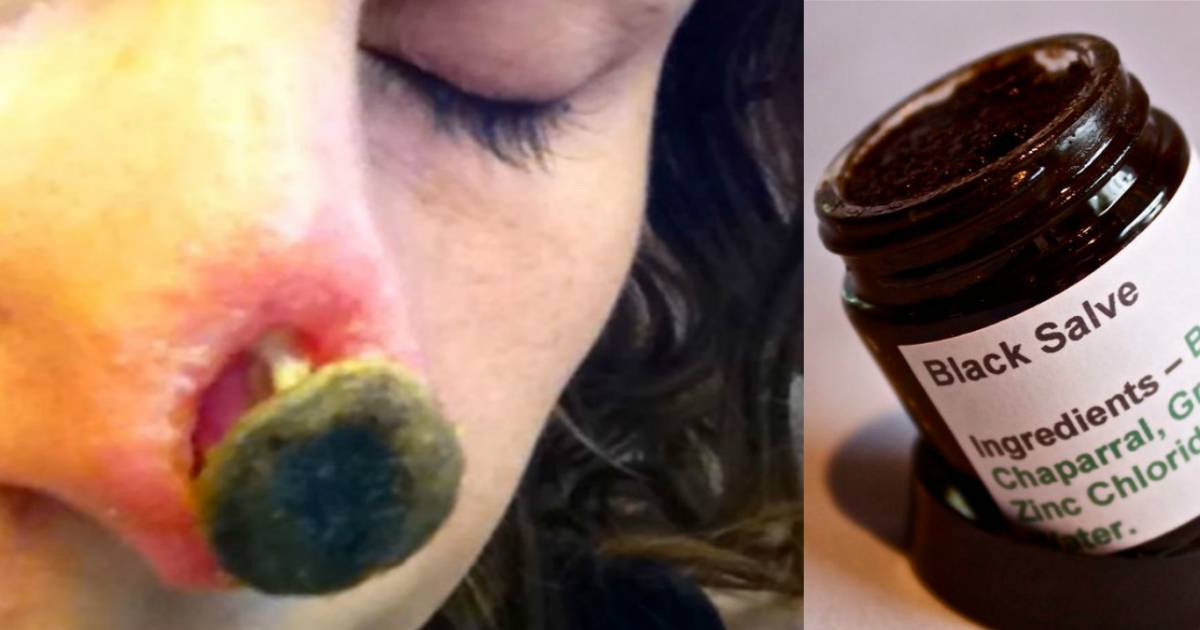 A woman has revealed her horrific wounds after being left with a gaping hole in her nose when she left a herbal treatment she thought would cure her skin cancer.

The patient rubbed black salve - an ointment which burns skin tissue - onto her face and forehead after opting to 'go the natural route'.

But the treatment backfired disastrously within just a few days when green scabs appeared as the salve ate away at her skin.

The damage became even more severe after the continued destruction of skin tissue left a gaping crater in her nose.

The hole became so bad she was able to draw air through it. 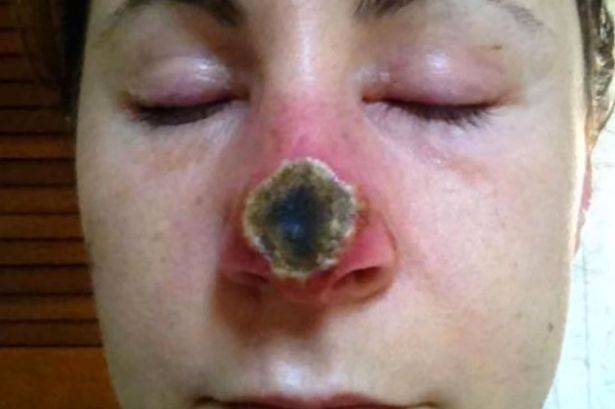 The woman shared her story through a video on the World's Greatest Medical YouTube channel which has now been viewed by more than three-and-a-half million people. 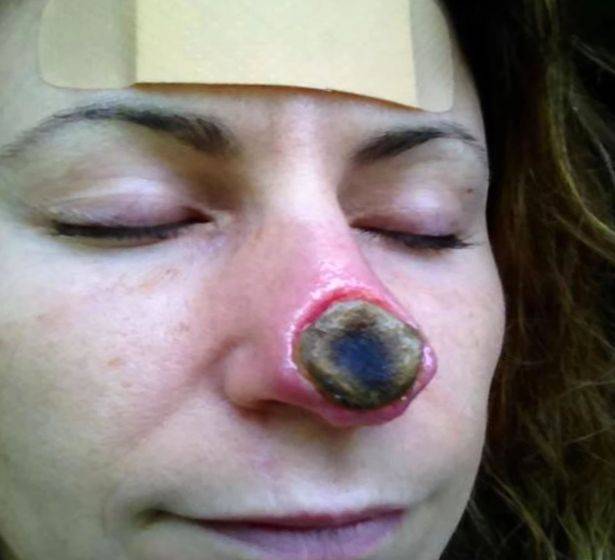 Black salve was more commonly used in the early 1900s on moles and scars.

The U.S.Food and Drug Administration has listed it as a 'fake cancer treatment' and is currently trying to ban it.

Describing her ordeal she said the alternative treatment had left her 'sickened and freaked out'. 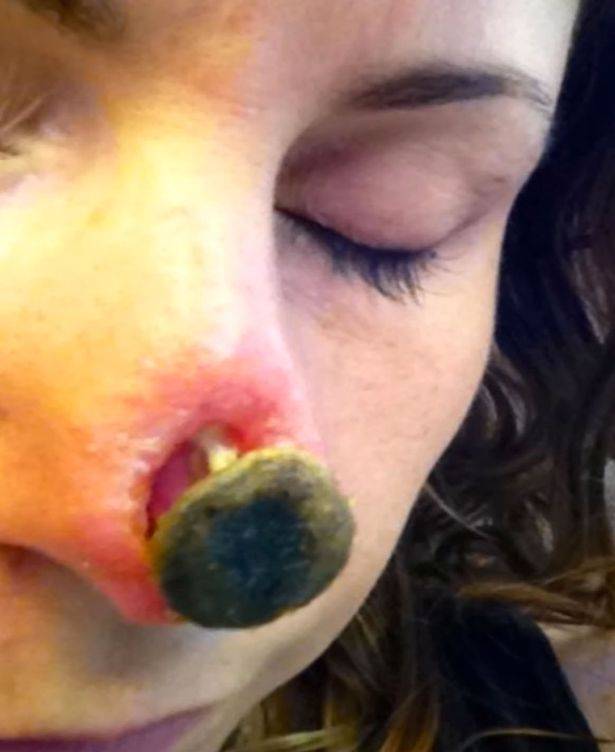 #5 The woman has already undergone some reconstructive surgery 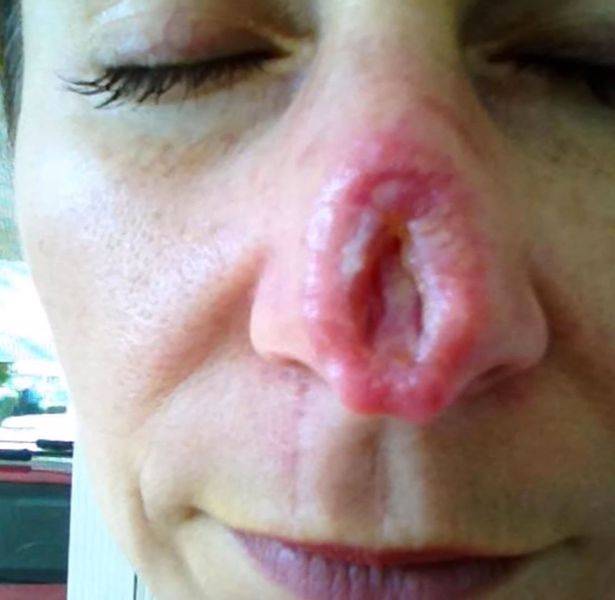 #6 The U.S.Food and Drug Administration is trying to ban black salve

"Understandably, as you can imagine, I am sickened and freaked out by my personal revelation - that the salve went completely through my nose down to my nasal passages."

Dr Erin McMeniman, a dermatologist in Brisbane told Mail Online : "I think black salve is used a lot more commonly than we realise.

"Patients are often quite secretive about where they get it from, but dermatologists often end up seeing cases where there are major complications.

"Most commonly the tumour is not adequately treated and then 12 months later it's still growing beneath the scar the cancema [black salve] has produced." 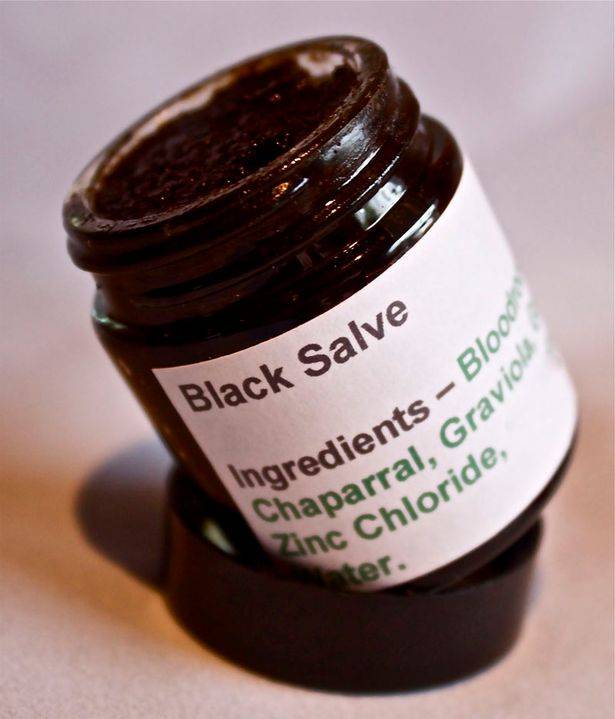