Posted by in News On 3rd September 2021
ADVERTISEMENT

Plane passengers were surprised to see a woman immediately whip out a cigarette and light it as the plane landing on the tarmac in spite of being told that the practice is illegal. 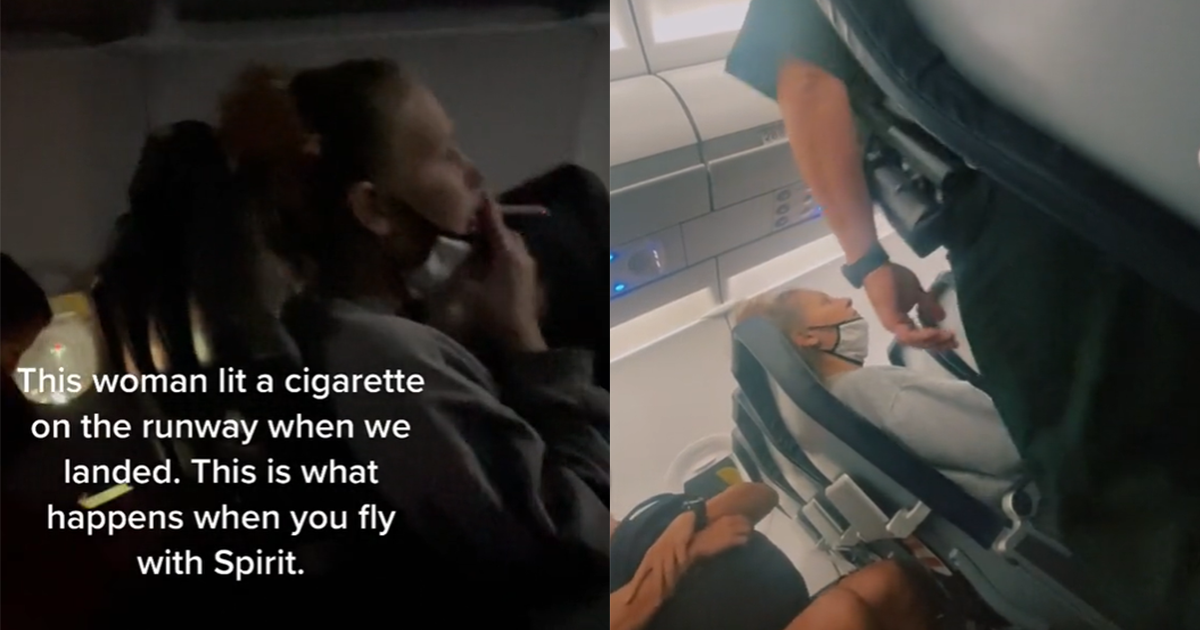 A TikTok video has gone viral which shows a woman on a Spirit Airlines flight sparking up a cigarette just as the plane lands at the end of its journey.

A TikTok user by the name of Beatrice Trifonova was sitting behind the woman in the next aisle when the incident occurred and managed to capture the whole scene on video.

Once the footage was up on social media, it went viral and people joined in on the shock that passengers on the flight must have felt at the time. 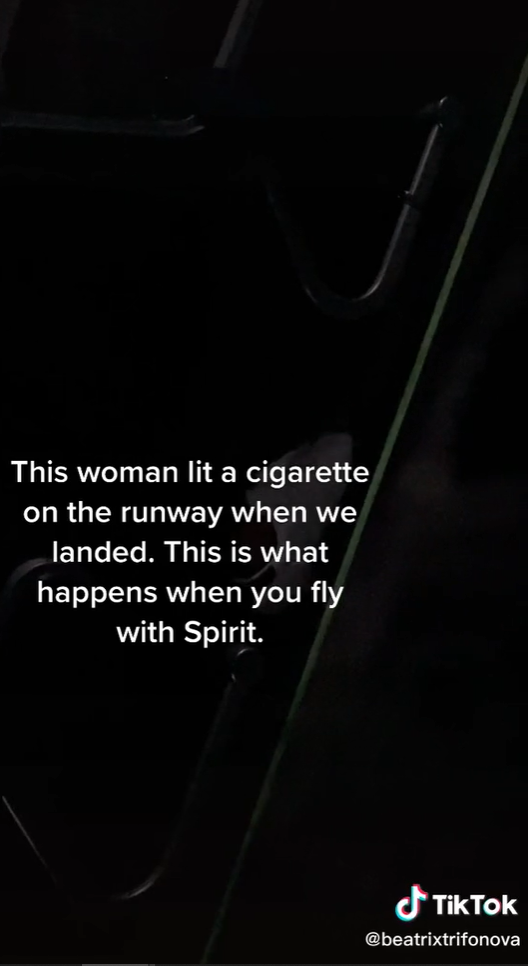 One passenger can be heard calling the woman out, "Excuse me? Can you not smoke cigarettes right now?"

The woman replied, "It's been a long day." 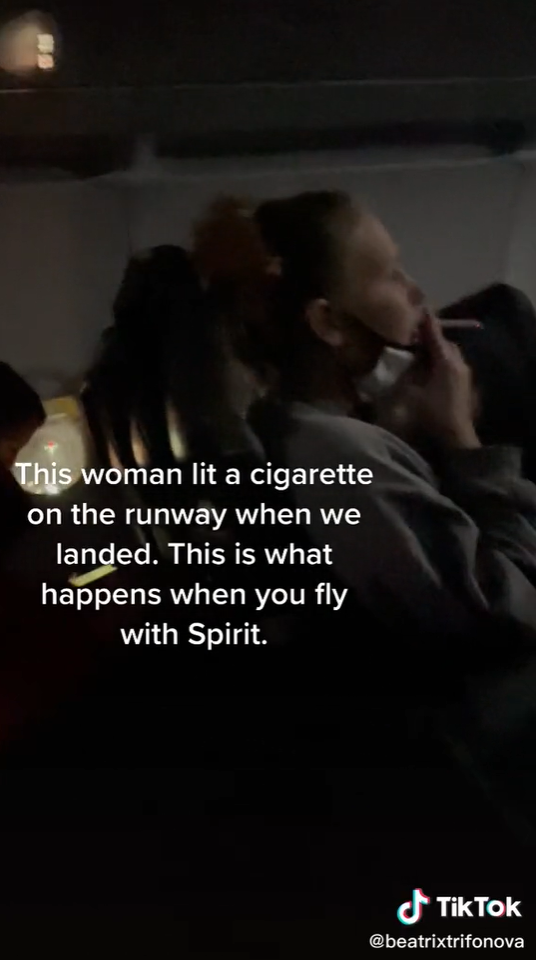 A follow-up video then shows the woman being escorted by two police officers on the plane asking her to leave the plane.

Beatrice added to the video in the caption saying, "This is what happens when you smoke on a plane. She denied smoking in front of the flight attendants and they found the cigarette in her empty cup."

"The woman next to her told us she had a double vodka cranberry during the flight." 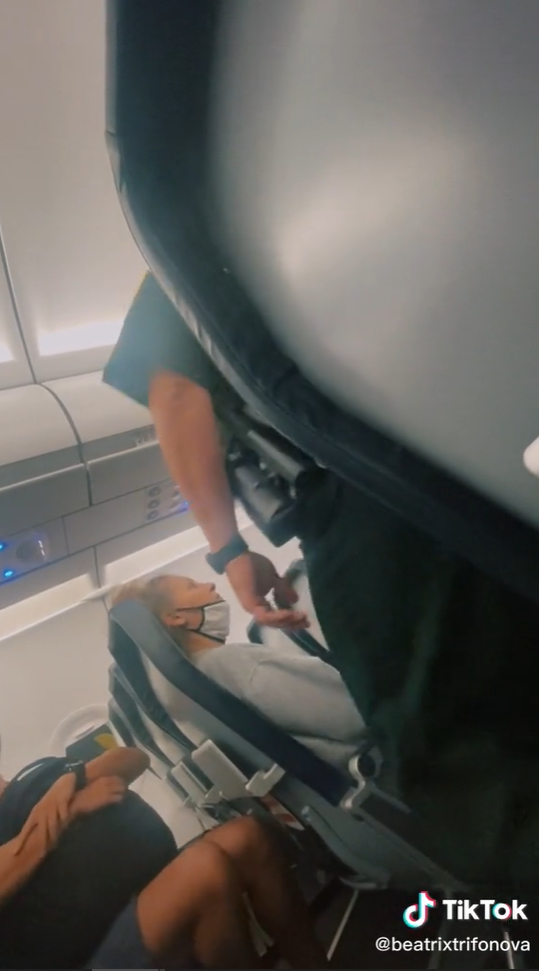 After being escorted off the plane, police released a statement as to the incident,

"On scene, deputies met with Spirit Airlines employees and were advised that they wanted a female passenger removed from the plane for smoking. Deputies made contact with the request, and no arrest was made." 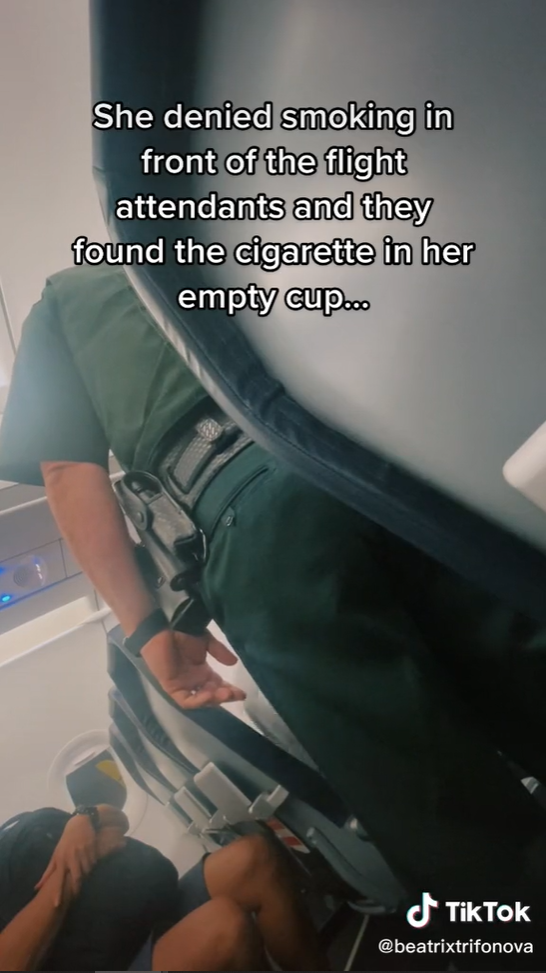 “Flight Attendants noticed the odor and the other guests were quick to point out who was responsible and hand over what remained of the extinguished cigarette. Our crew summoned law enforcement officers to have them waiting at the gate to remove the passenger." 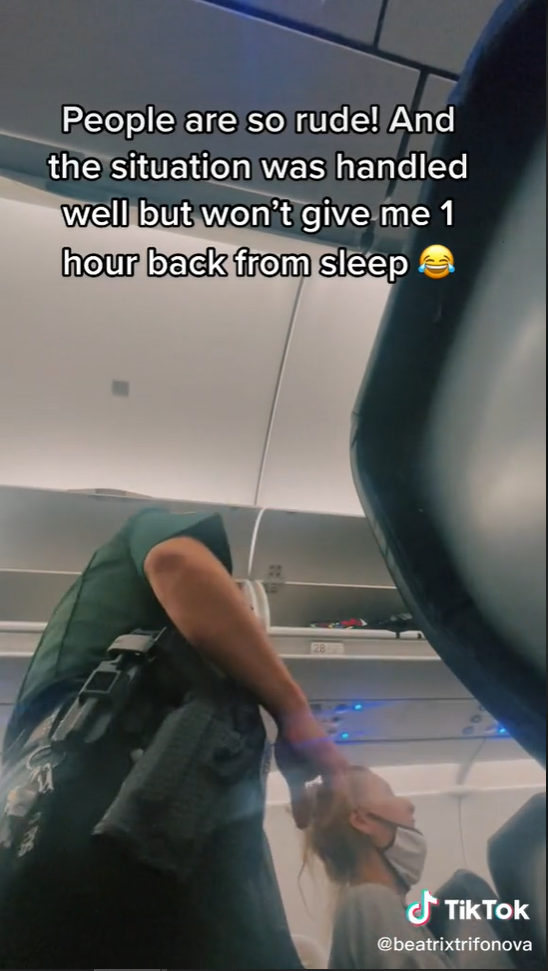 While people were shocked by the incident, they weren't surprised that it occurred on Spirit airlines.

This user pointed out that perhaps cigarettes shouldn't be allowed on planes.

For those that remembered, cigarette smoking on airplanes used to be a much more commonplace practice.