Posted by Sama in Feel Good On 20th August 2021
ADVERTISEMENT

Internet is lauding this stranger who paid attention and warned a young woman about the potential red flags of her date. Hadia shared the scribbled note on social media which has gone viral since and prompted people to share their own stories of dating with partners having red flags and strangers helping them point out. 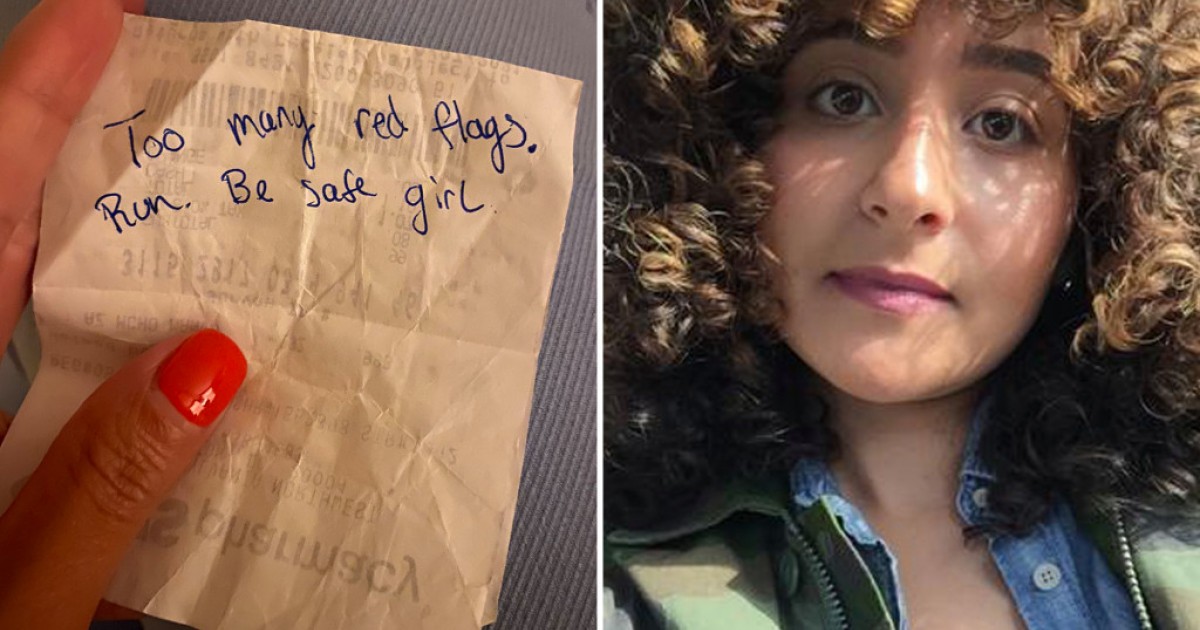 A woman was left shocked and overwhelmed after receiving a note from a stranger while out on a coffee date.

Hadia was enjoying coffee with her date when the man took a toilet break. 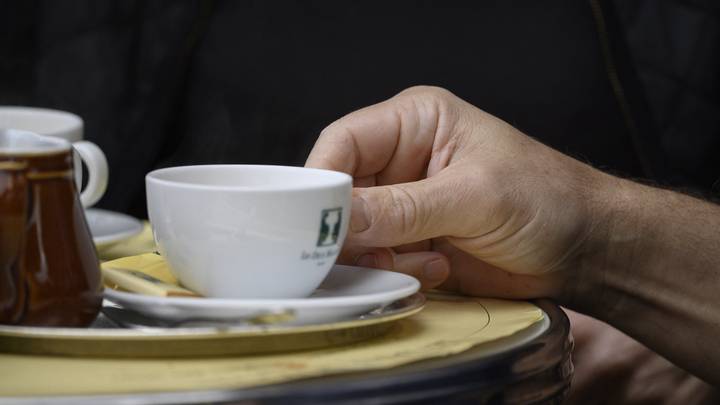 As he left his seat, another customer then passed a short message scribbled on a piece of paper to Hadia, warning her about too many red flags and to be safe.

"Too many red flags. Run. Be safe girl."

The note was shared with the caption:

"I had coffee with a guy yesterday. When he went to the bathroom, the gay guy sitting behind me passed me this note." 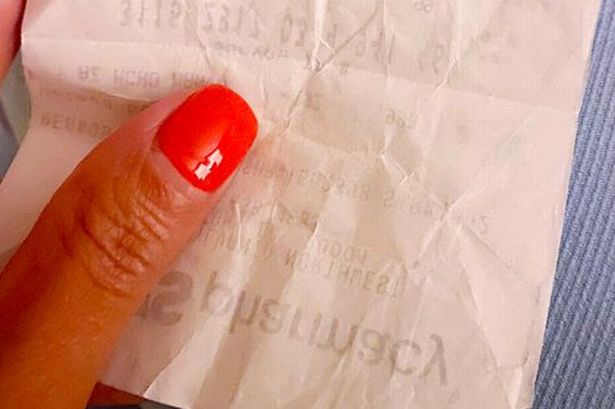 Commenting on the post, one user asked: "I can't help but wonder how bright red those flags were for a complete stranger notice AND write a warning note. Big yikes."

To which Hadia replied: "As bright as my red nails."

Adding: "It honestly wasn't THAT bad....until after he came out the bathroom. Everything he said after the note was a major red flag." 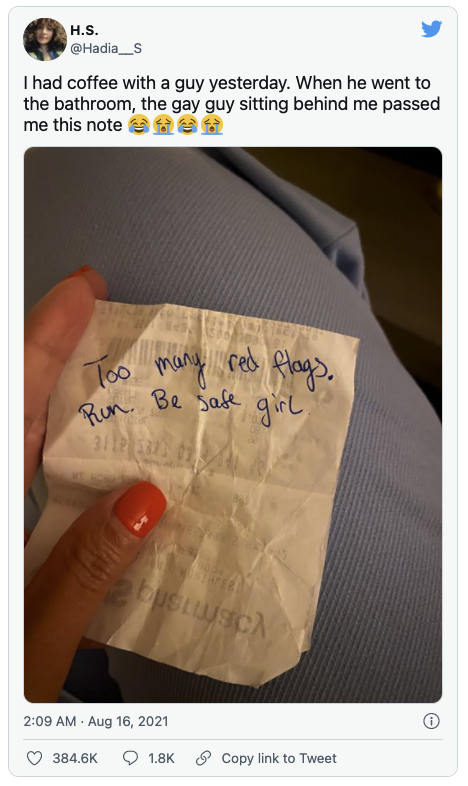 In an interview with LADbible, Hadia shared that she carried on with her date despite the warning message and also seeing that he wasn't really the one for her.

"I picked up on the weird vibes right away, but I was very amused. I did stay after I got the note, we ended up having coffee for almost four hours.

"He wasn't dangerous at all, just had some very outlandish and slightly misogynistic thoughts.

"I felt the need to stay and debate him on almost everything, but my angel was behind me the whole time. Probably judging me." 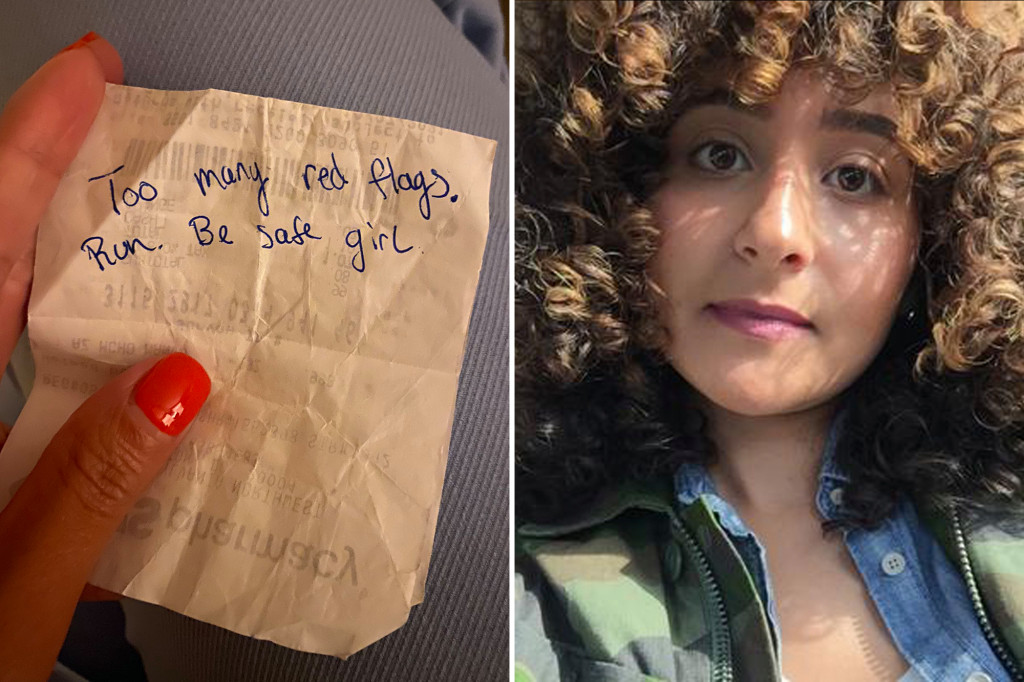 She shares that after that date, she has no intention of meeting the guy again.

"There definitely won't be a second date," she concluded.

After sharing her note, the internet is applauding the stranger for stepping in and offering his help.

"If I got that note I'd have immediately given him the 'appreciate it' head nod and ended the date early. Nobody is going to see a man's red flags faster than another man," said one person. 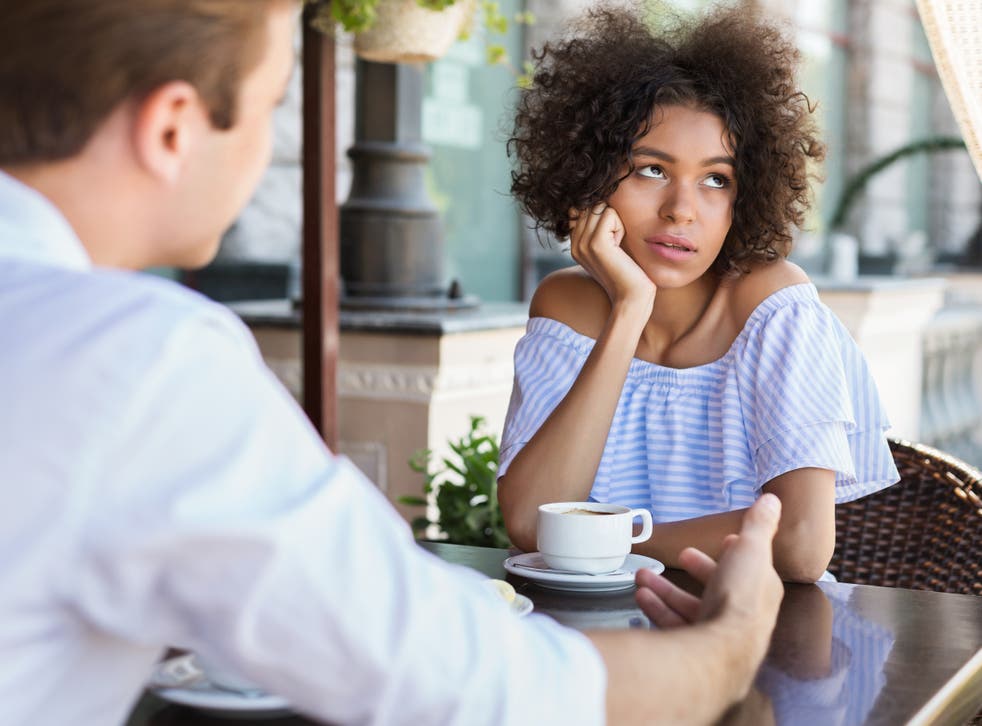 Another chimed in: "Not to be dramatic but this advice could literally save your life."

"Not all girls are great at picking up on the signs - I've missed a few, so to have an outsider who is objective to the scenario notice these signs. It just may have been a genuine warning," commented a third.

Another added her own experience: "I once went on a drink date and the bartender was super nice to me and kind of rude to my date. I remembered wondering if that was a red flag. Turned out it was and he was right." 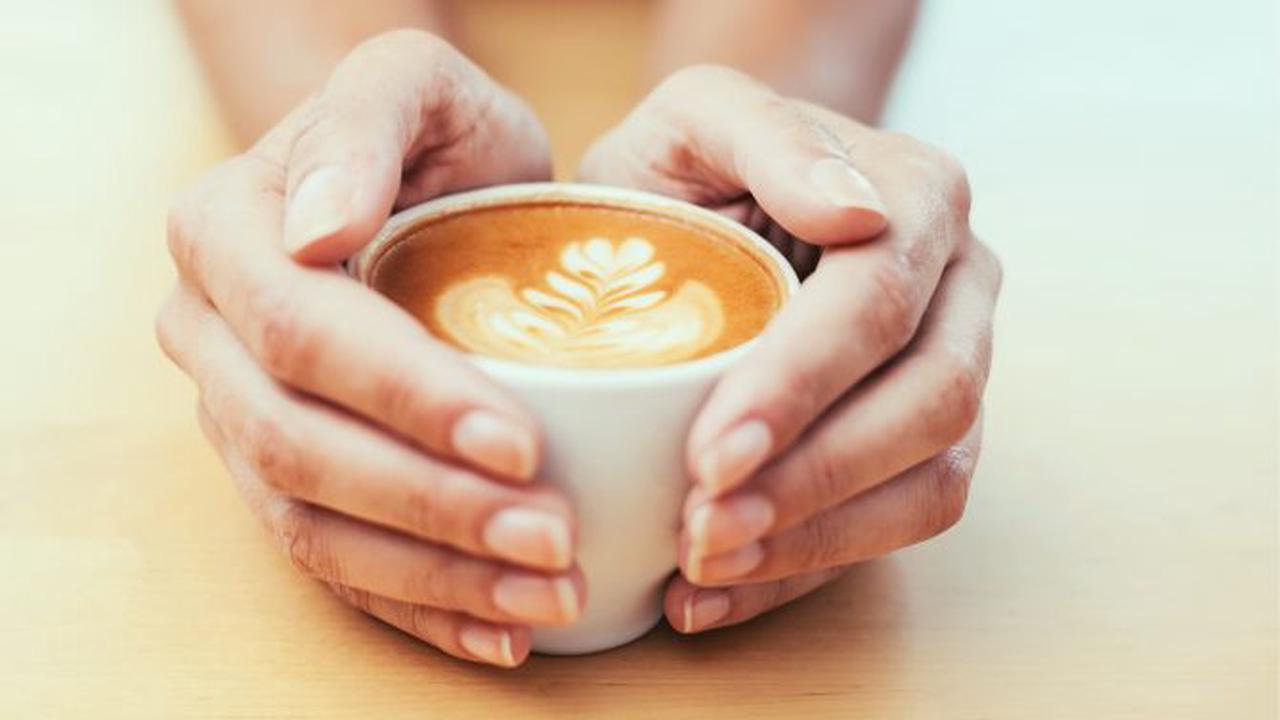