Posted by Sughra Hafeez in Amazing On 13th January 2018
ADVERTISEMENT

Despite having no medical expertise, she was able to perform a successful wing transplant. 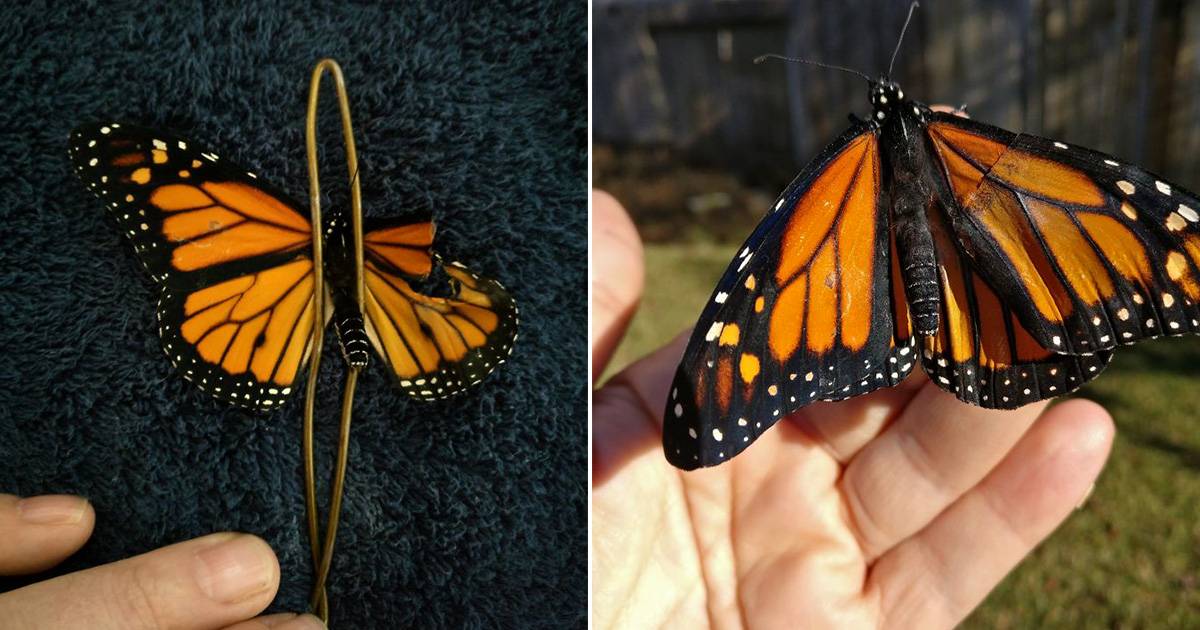 Romy McCloskey vowed to raise three monarch butterflies, but one of these creatures had a problem on its wings.

Determined he could save it, Romy turned her home into a mini operating room. 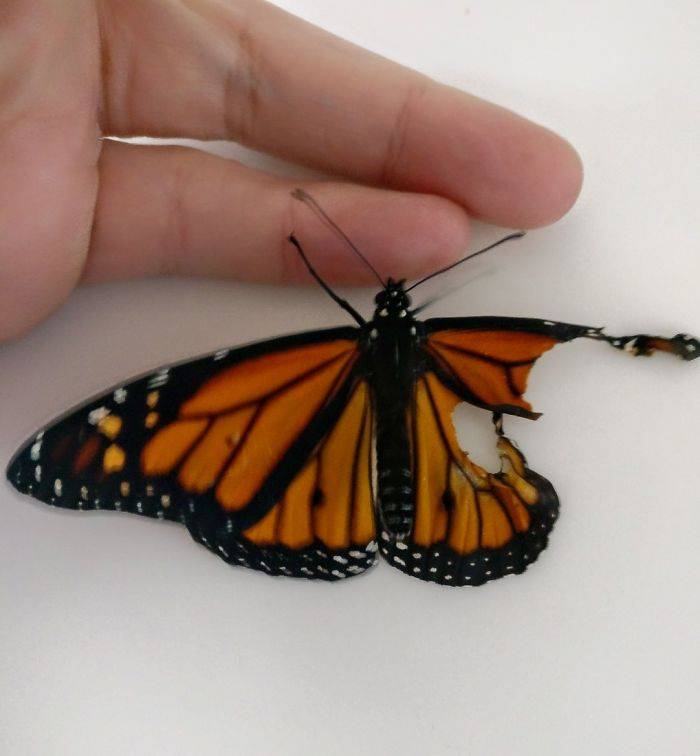 "I fell into raising butterflies by accident when I found 3 caterpillars on a bush in my front yard," she told Bored Panda. 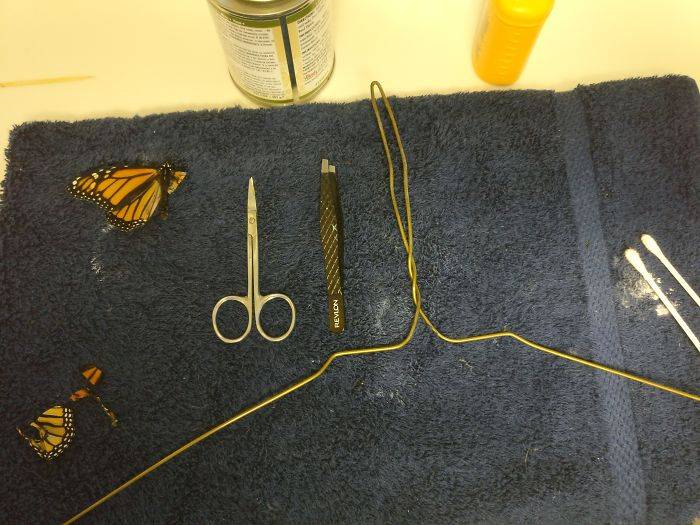 She used common household items in performing a wing transplant.

Some of Romy’s supplies included a wire hanger, a cotton swab, a toothpick, contact cement, scissors, and tweezers. 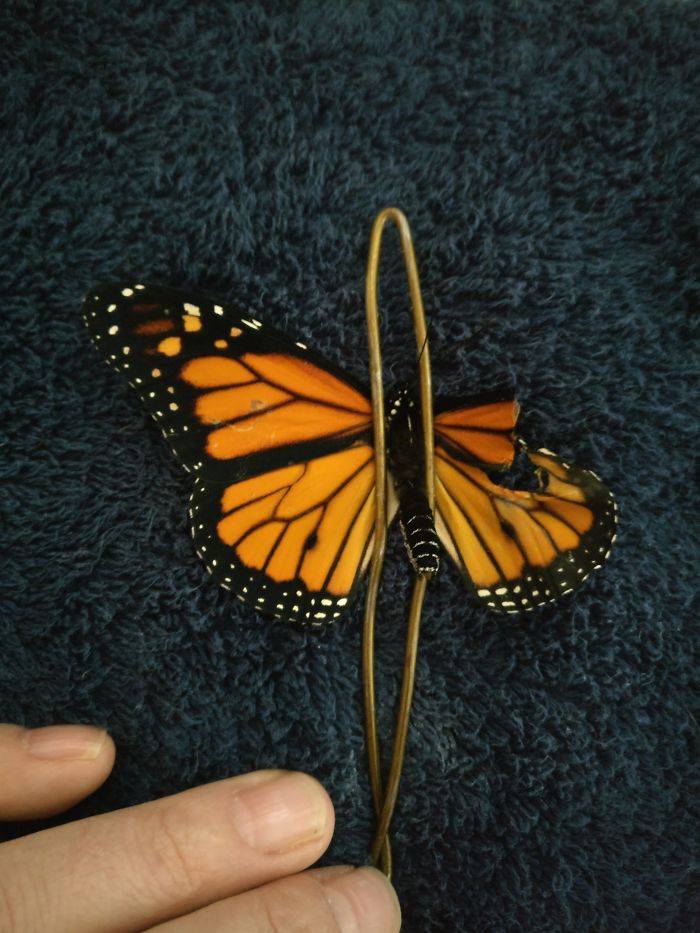 The procedure required a skillful eye and steady hand, which isn’t a problem for the woman as she works as a professional costume designer and master hand embroiderer when she’s not busy rescuing her tiny friends. 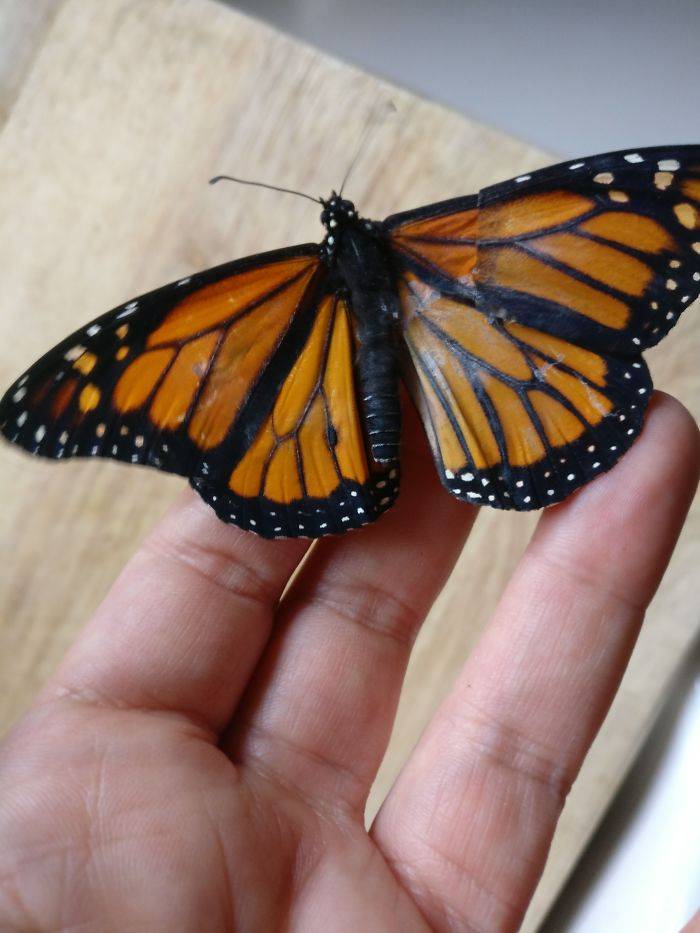 "There’s no need to drug the butterflies when performing such a procedure. She compared their wings to human nails or hair: “They do not have pain receptors." 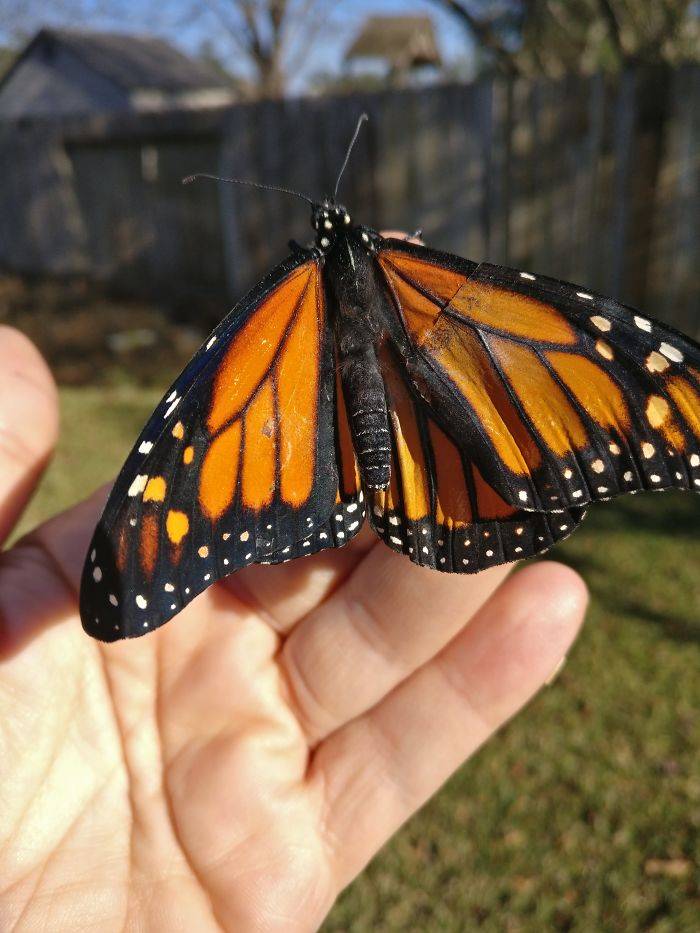 The extra wing was taken from another butterfly that died days before. 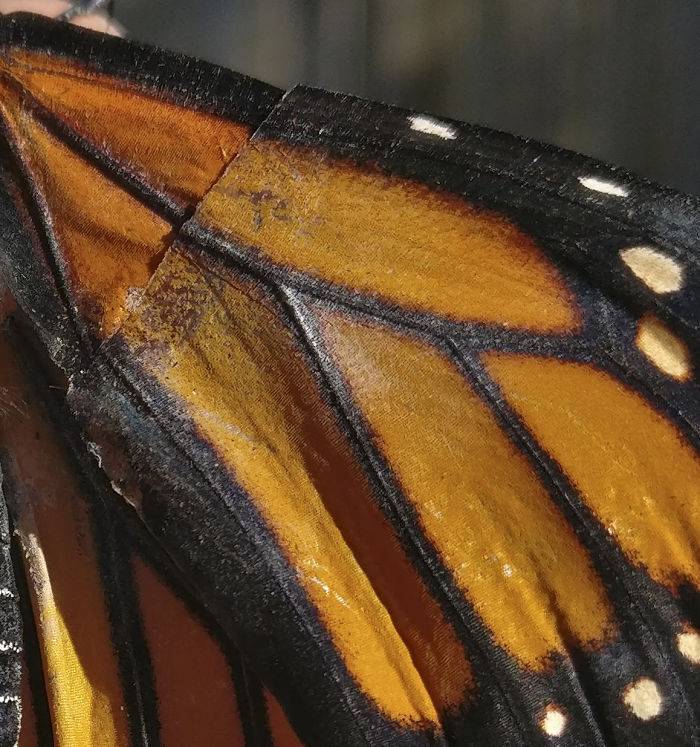 A quick rest, and then he was off!

"Ta-da! With a little patience and a steady hand, I fit the new wings to my little guy" She wrote on Facebook. 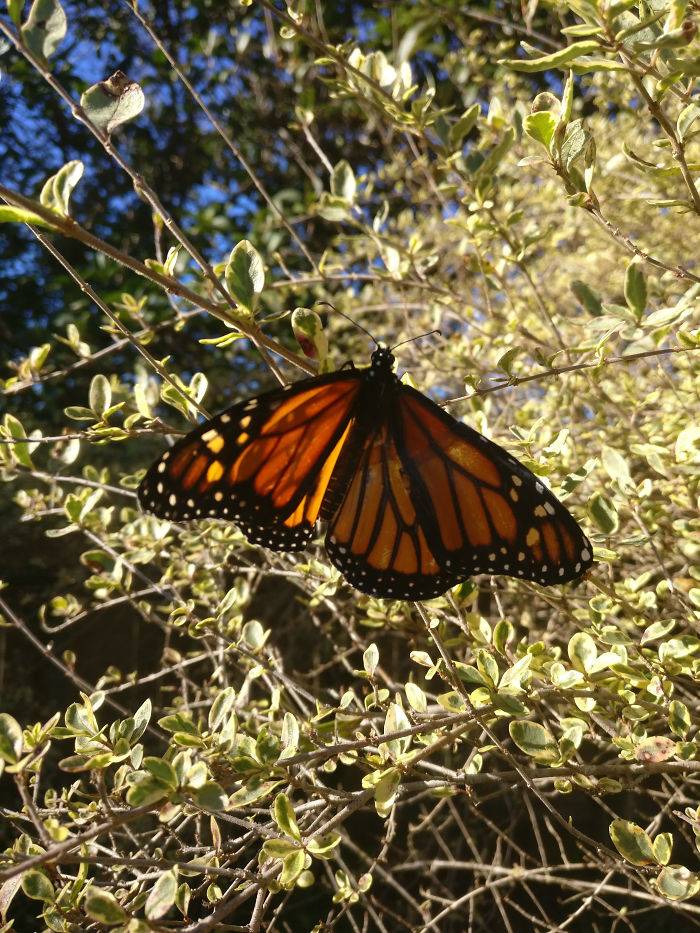 A successful surgery and outcome!

Romy let the creature flew by itself and wished it "good luck." 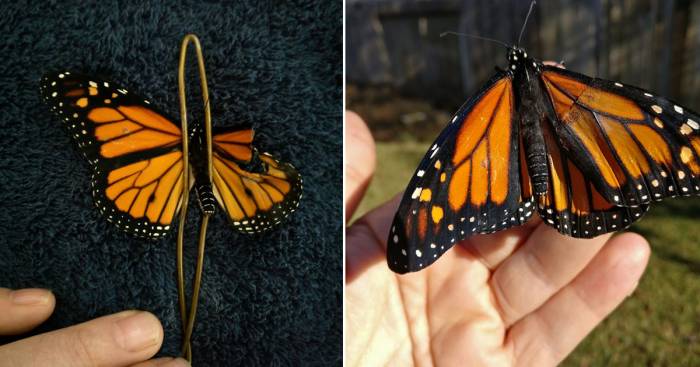