Posted by Annie N. in Relationships On 23rd November 2021

Woman shares story of how she received an embarrassing text message from her date which was actually meant for his best friend. The message which mocked her left her mortified. 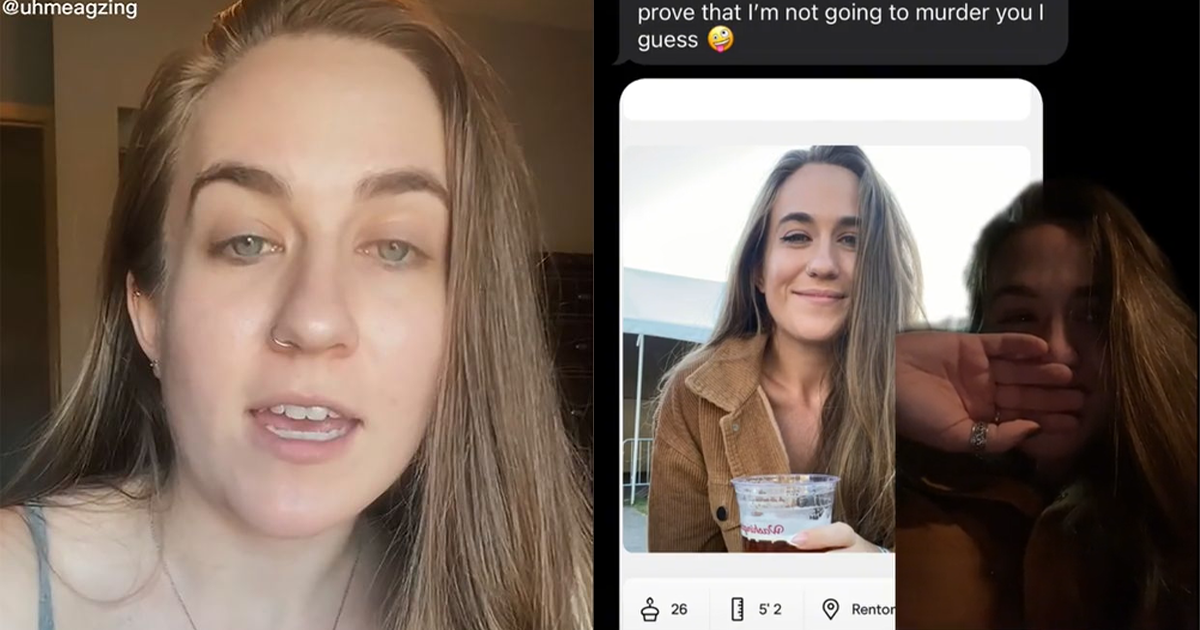 Everyone already knows dating is terrible but you’re pretty much stuck doing it until you’ve found ‘the one’ or perhaps ‘one of the ones’.

@hinge where is my refund ##fyp

Meag’s date seemed to be going right on track until it derailed in a rather spectacular manner. The TikToker shared a series of texts between her and her would-be beau where he accidentally sent her a text that he meant to send to his best friend.

The opening conversation is just the two of them ‘bantering’ where he says that he needs to prove he’s not a murderer. 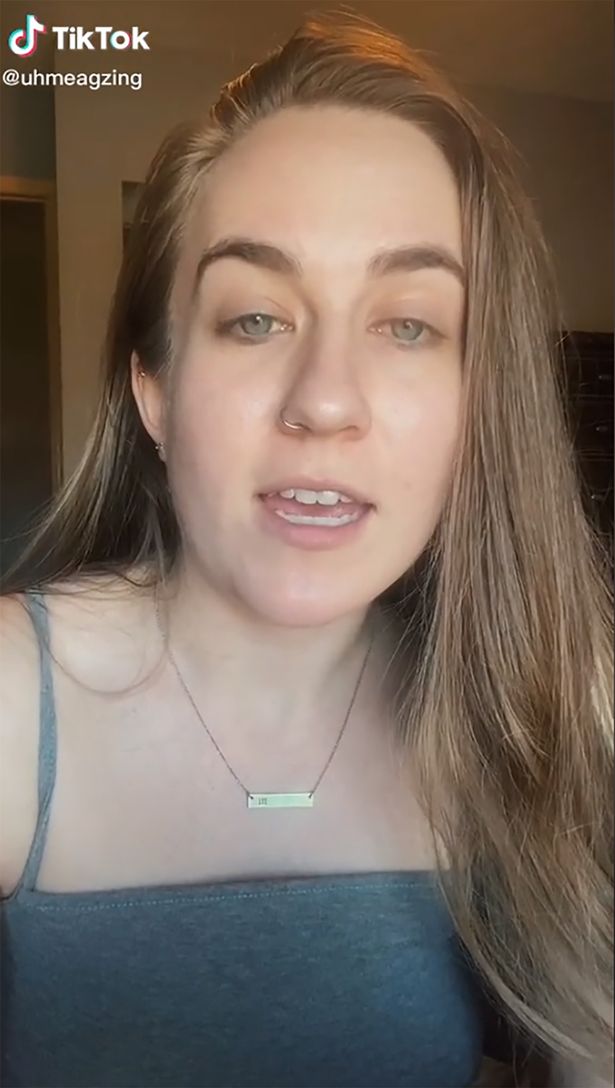 The next message is a screenshot of her with this horrific entity of a message.

“my date tomorrow [laughing emoji]. Do not laugh. She’s nice and got jokes but defiantly blah.”

Meag posted the video with the caption “@hinge where is my refund” and joking about the matter but messages of support soon came pouring in as people were just as mortified when they read the messages. 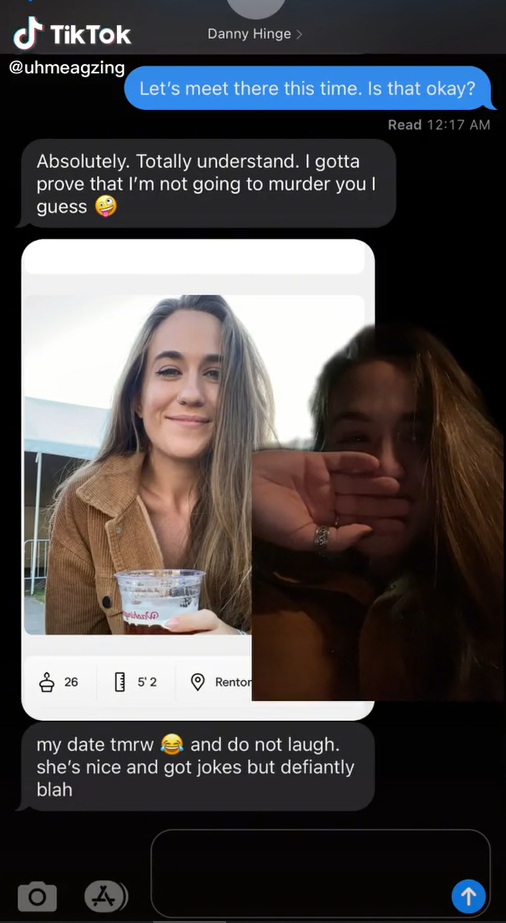 When asked what became of the unworthy partner not-to-be, she revealed that there really wasn’t a juicy update but rather a simple goodbye.

She said "I texted him the next day ‘yeah I’m gonna pass’ and he left me on read. Never said a thing." A true gentleman.

At this point, the man was fair game with many mocking his spelling of the word definitely.

Some were even uncomfortable with the way he initiated the conversation with her.

Most however were surprised since Meag herself is a very attractive woman and the picture shared proved the same thing.

Ultimately, it was his loss and Meag got internet fame out of it.