Posted by Aleena in Cringey On 19th June 2022
advertisement

How could anyone go this far for the sake of a bet?

Several blokes applaud the middle-aged lady as she proceeds to squat on the younger man's face outside a bar, with one saying, "100 quid, go, go!" 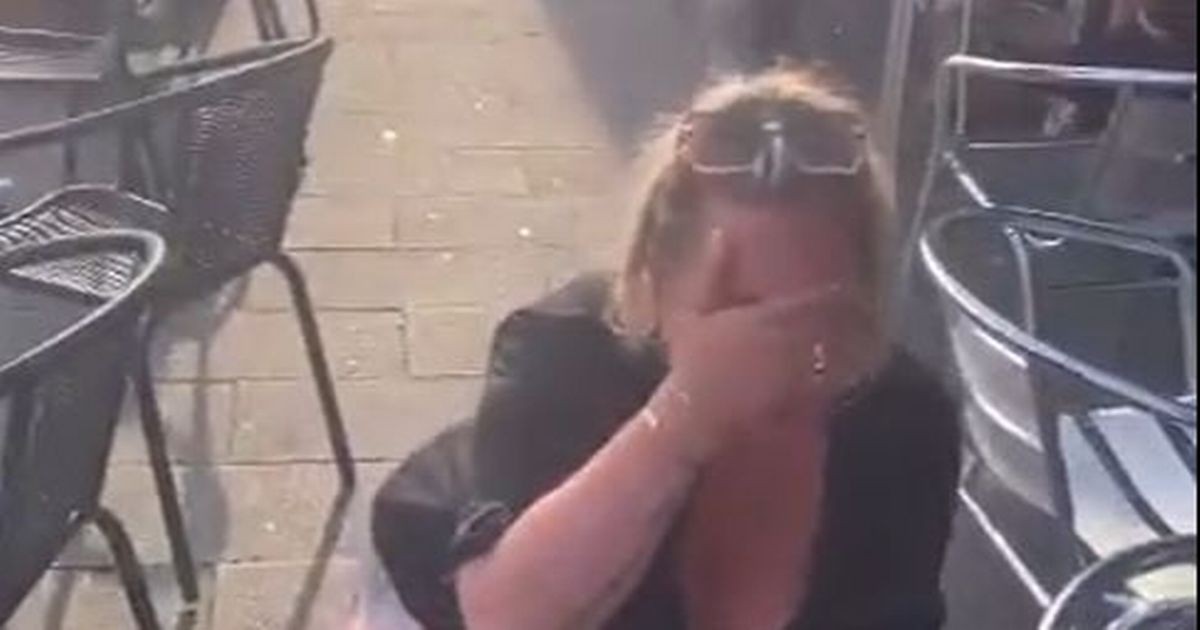 A video circulating online shows a lady removing her underpants before squatting on a man's face in a crowded beer garden, reportedly for a bet.

The video was allegedly taken in a beer garden alongside a major road at Chinnerys in Southend, Essex music venue. 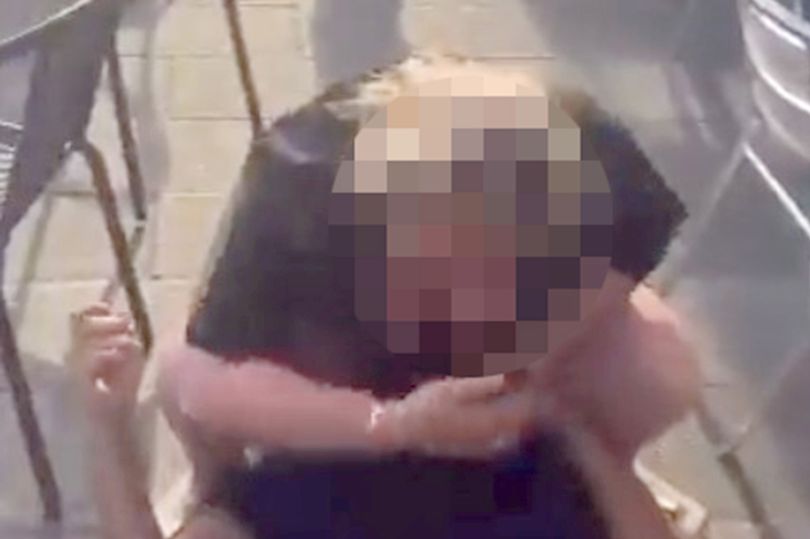 As she begins to squat, other men encourage her on, with one saying, "100 quid, go, go!" as the man filming the bleak footage repeats the figure.

The woman, who looks to be in her mid to late forties, hides her face and squats while the group of men cheers. 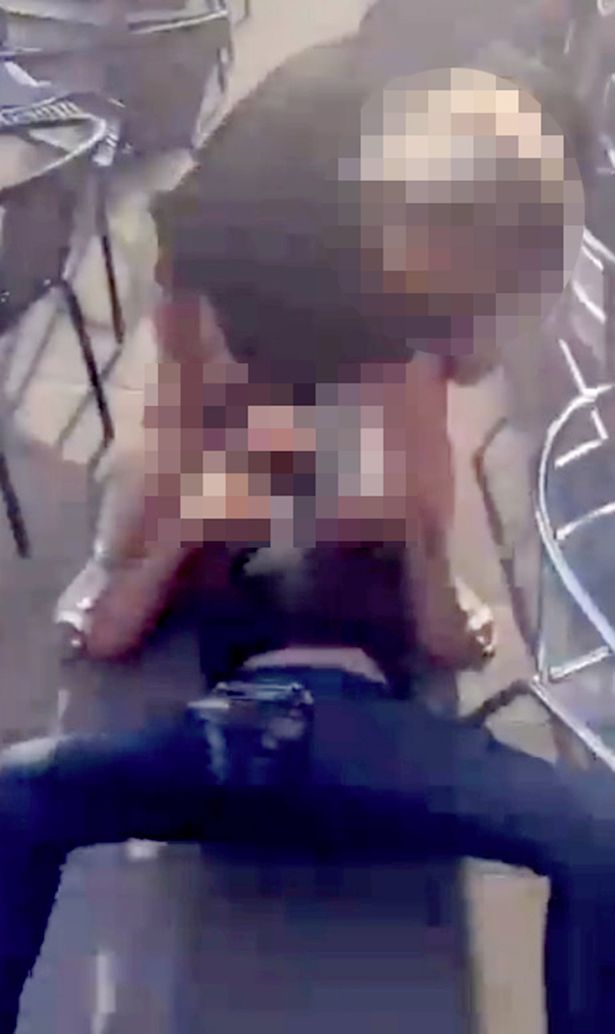 She then appears to gyrate on the younger man's face before someone shouts "Oh! She's loving it."

Some individuals giggle while others hide their faces in disbelief.

The incident continues, and she squats on the young man's face without fear, without wearing underwear.

Two security guards or police officers emerge behind the gates at one point in the video, perhaps ready to act.

After then, the woman is seen quickly pulling up her underpants. 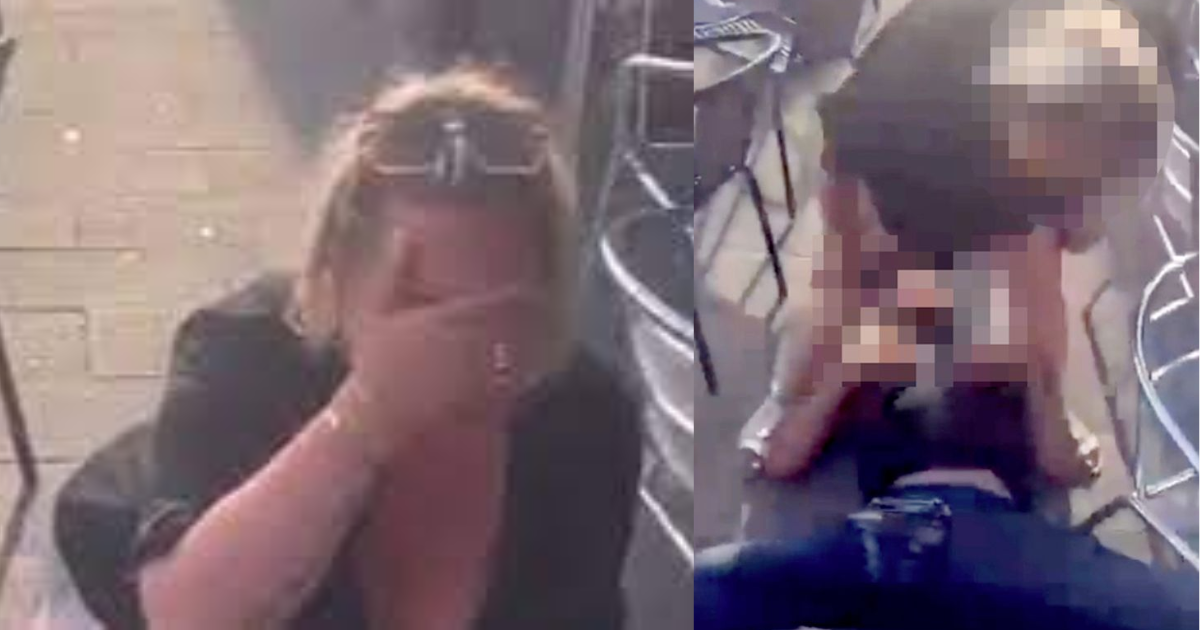 The video soon became viral on Twitter, with many people commenting on the woman's behavior.

"The sun brings all the freaks out down Southend," wrote one Twitter user, sharing the video.

In response, one man added: "Every time I drive past Chinnerys I thank my lucky stars I'm not the type of person that drinks at Chinnerys." 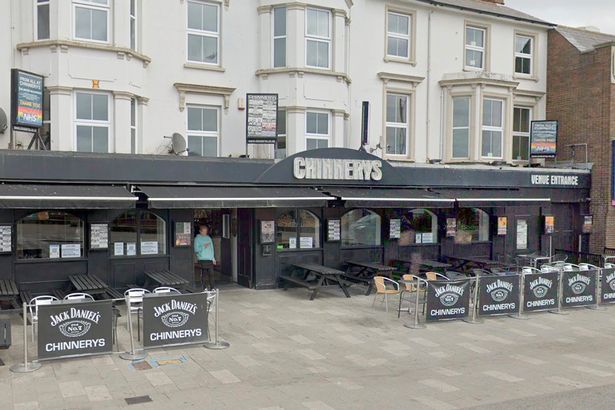 Another man noted that the lewd act took place "across from a childrens theme park."

He's most likely talking to Adventure Island, the amusement park across the street from Chinnerys, which was "very busy" today, according to Essex Live, as temperatures hit record highs (Friday, June 17).

While public sex activities are not technically prohibited, the Sexual Offences Act of 2003 recognizes indecent exposure as a sort of sexual offense.

A person who is caught displaying parts of themselves in public may be seen ethically objectionable and even unpleasant to others.

It is deemed obscene to expose oneself, whether alone or with someone, in a wooded area or locations where people may easily see you.

The sun brings all the freaks out down Southend pic.twitter.com/QAMQi6b4Dv

Chinnerys and Essex Police have been asked for comment.