Posted by Sama in Bizarre On 27th February 2021
ADVERTISEMENT

Just when you think the world has had enough crazy you come across news that proves you wrong all over again. Watch this cringe video of a woman shopper who when threatened to be removed from the shop removed her undergarment in the middle of the supermarket to make a makeshift mask. 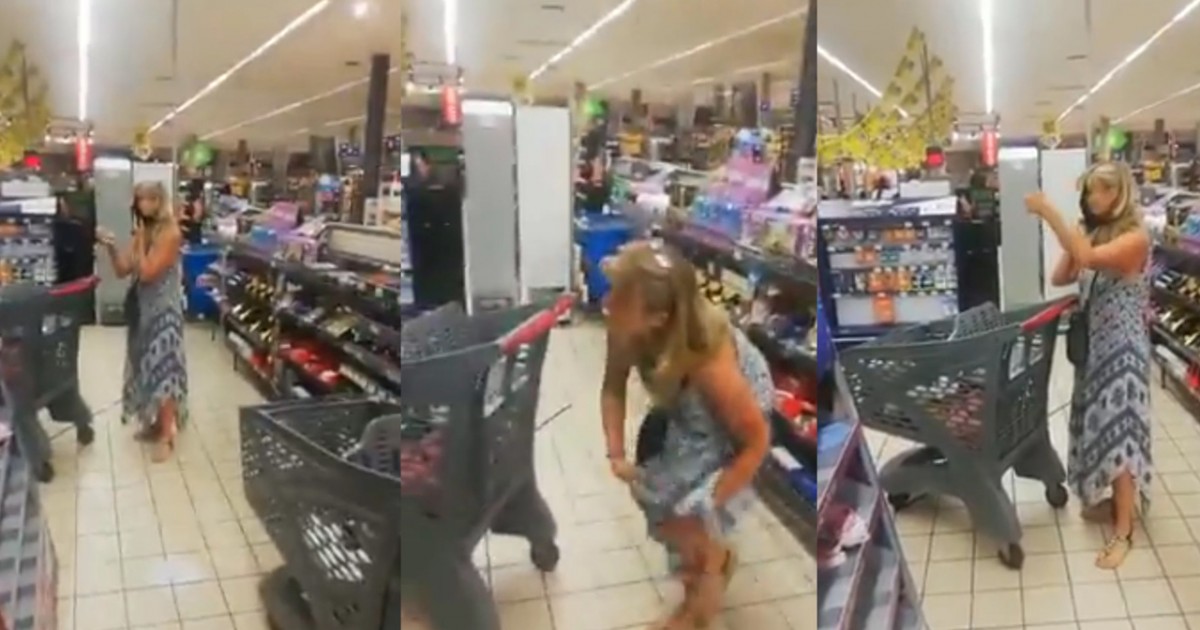 In a bizarre video captured, a woman shopper was seen taking off her underwear in the middle of the supermarket to make a makeshift face mask after having being told she won't be served without a mask.

The incident was reportedly filmed at a Pick n Pay supermarket in South Africa, where the shopper had been asked to wear a mask if she wants to buy her groceries from there. 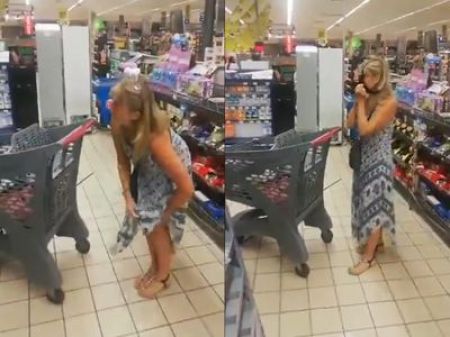 It was like the lady had it all planned out in her mind as she immediately swooped off her underwear and with no hesitation wore it on her face.

In the short clip, the security guard could be seen threatening the lady if she does not wear her mask she will be removed from the shop.

The lady then proceeds to remove her undergarment and without second thought wears it on her face as a makeshift mask. 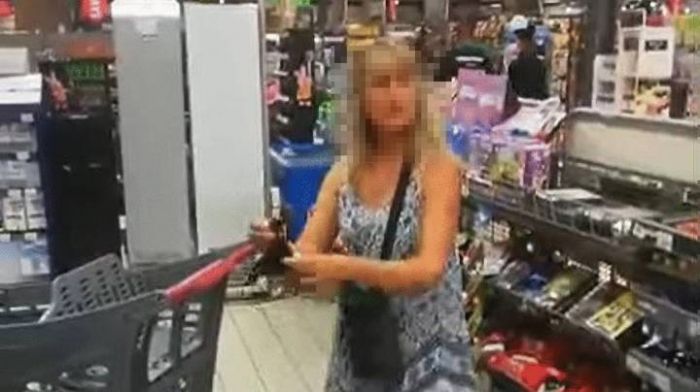 Dumbstruck with what just happened, customers just continued to stare at her trying to register what they just witnessed, with one of the customers congratulating her, saying: "Well done." Though it is not clear if she congratulated her sarcastically or she was simply in awe of her creativity. 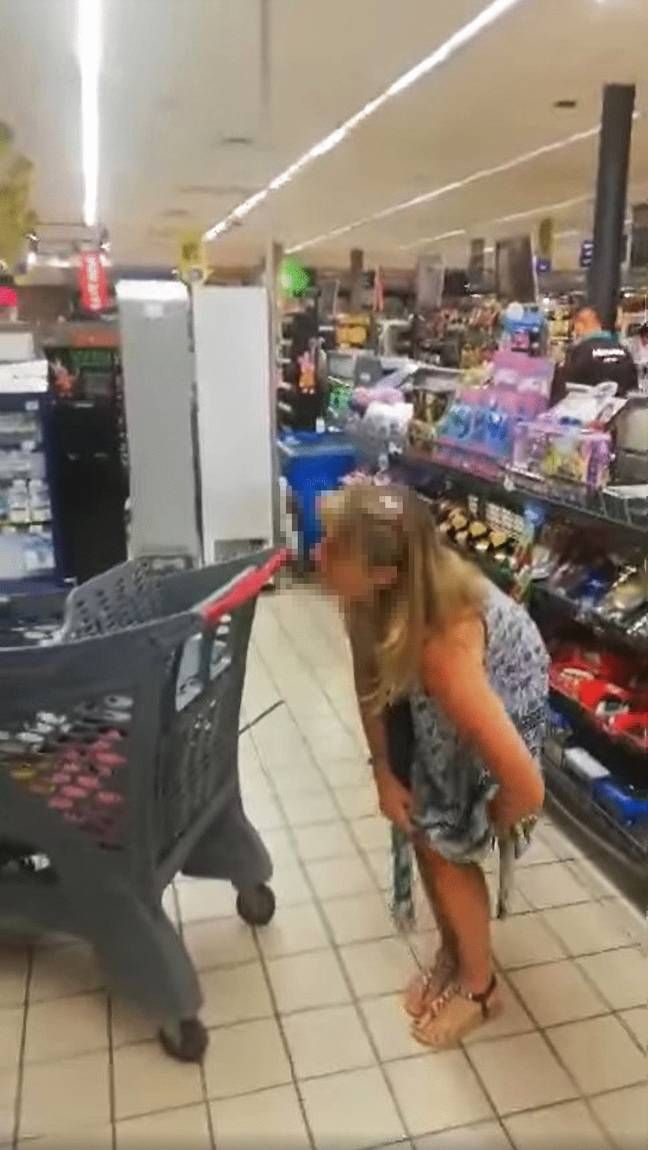 The video clip has gone viral since then and at the same time, it has sparked social media debate too with obviously many calling her out for her cringe action and pointing out how the lady thinks the virus is a joke after so many people have already died from it.

One Facebook user said: "Stay at home and do online shopping if you don't like the idea of wearing a mask." 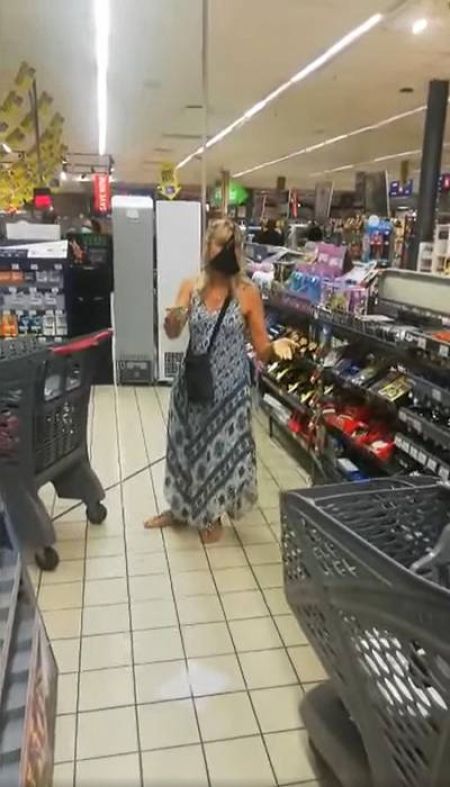 Another commented: "This makes me sick. She is aware of the law worldwide. We have a serious virus and [she thinks] a G-string will save her.

"Come on grow up. What must your family think?" 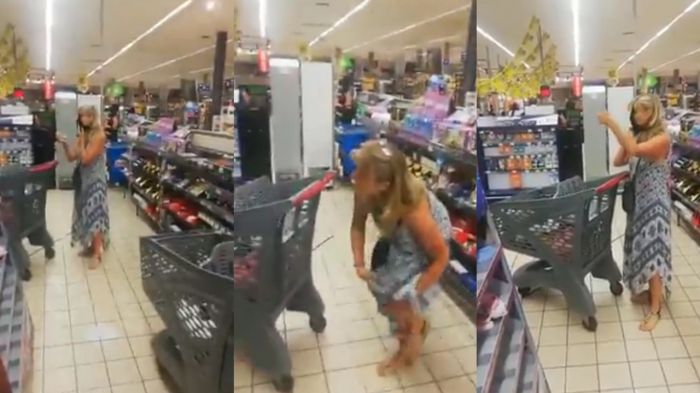 Just like other countries of the world, back in December, 2020 South African President Cyril Ramaphosa made it a point that not wearing a face mask in public will be counted as a criminal offense.

Stressing the importance of wearing a face mask in public, he said, "We now know that the simplest and most effective way to reduce transmission of the coronavirus is to wear a cloth mask that covers the nose and mouth whenever in public.

"Until now the owners and managers of shops and public buildings, employers and operators of public transport have had a legal responsibility to ensure that everyone entering their premises or vehicle is wearing a mask." 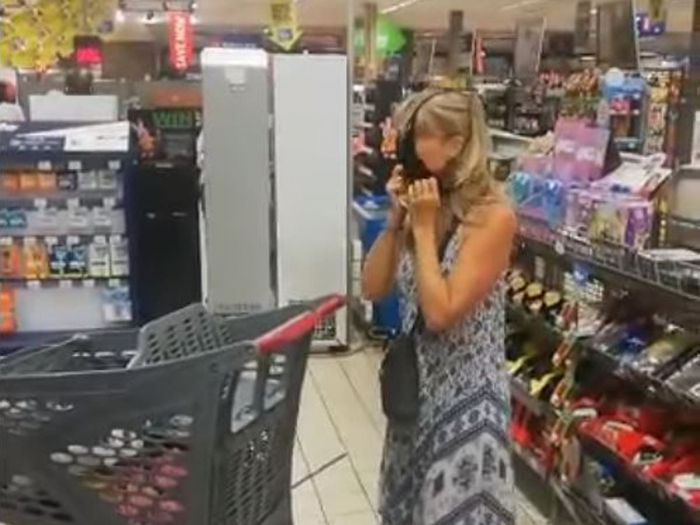 He further added, "But given the grave danger our country now faces, the adjusted level 3 regulations will make every individual legally responsible for wearing a mask in public.

"A person who does not wear a mask could be arrested and prosecuted.

"On conviction, they will be liable to a fine or to imprisonment for a period not exceeding six months or to both a fine and imprisonment."