Posted by Sama in Bizarre On 9th July 2021
ADVERTISEMENT

Weyman shares her story of how she and her friend accidentally got high on a plant and had the worst time of their life after going through painful symptoms. Sharing how not all plants and flowers are our friends, the flower is highly poisonous. The Angel’s Trumpet can mess with your heart, cause paralysis, and cause hallucinations and memory loss. And Weyman shares that she got sleep paralysis for the first time in her life. 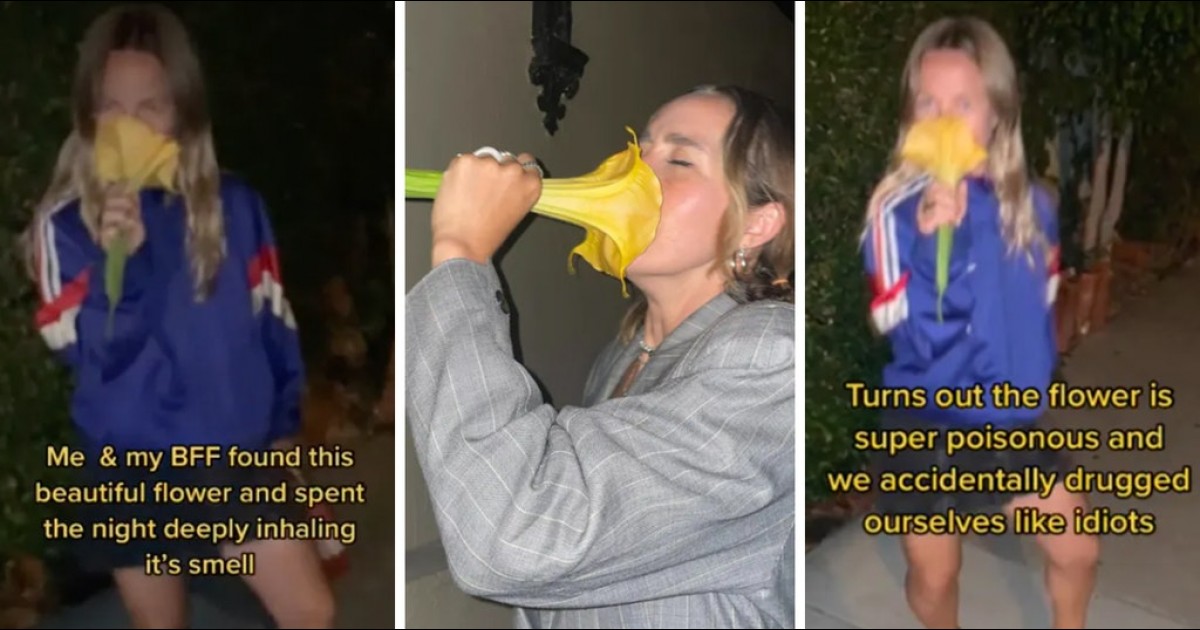 Musician Raffaela Weyman shares a bizarre story where her TikTok profile became a hit among users after she shared a story about smelling a flower to death. Weyman who goes by the name  !songsbyralph, shared a series of photos where she told her story about picking a bell-shaped flower with a friend, which they spent all night “deeply inhaling” before heading to a party. This was only the beginning of the miserable symptoms they will feel later that night. 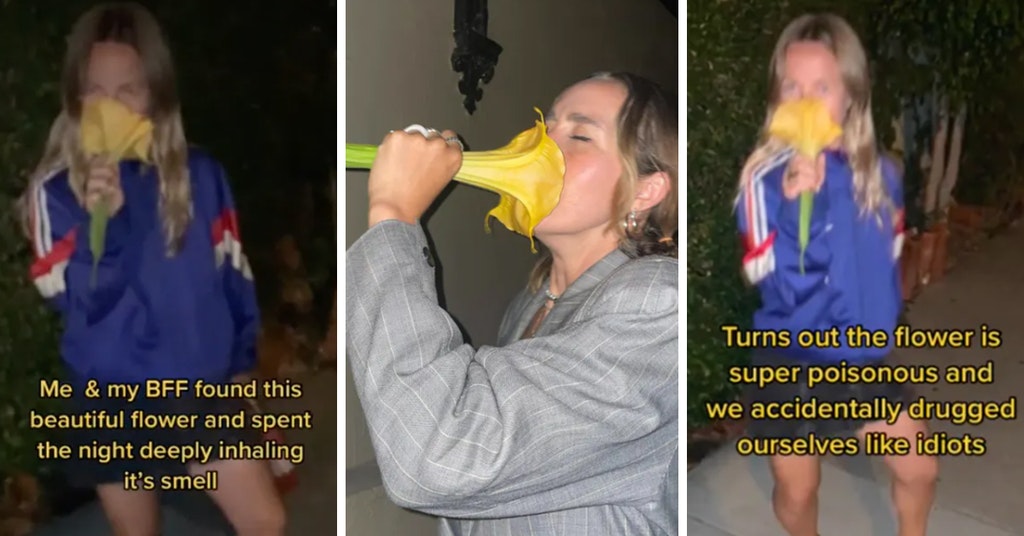 But you see, not all flowers are our friends and this particular flower that is commonly grown in flowers is not really human friendly and is actually poisonous.

The Angel’s Trumpet can mess with your heart, cause paralysis, and cause hallucinations and memory loss, and to say that this flower is commonly grown in our gardens! 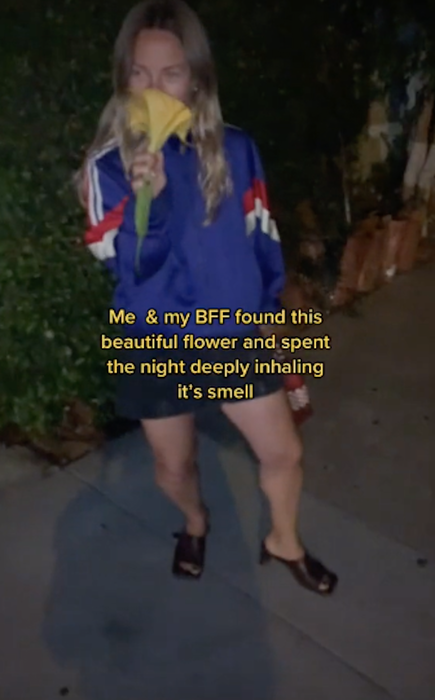 The TikTok user shares that she arrived at the party with her friend but was feeling horrible and had to leave the party.

When the flower turns on you 🌸☠️ ##storytime ##summer ##flower ##oops

♬ Into The Thick Of It! - The Backyardigans

She writes that she had a crazy sleep paralysis that night. 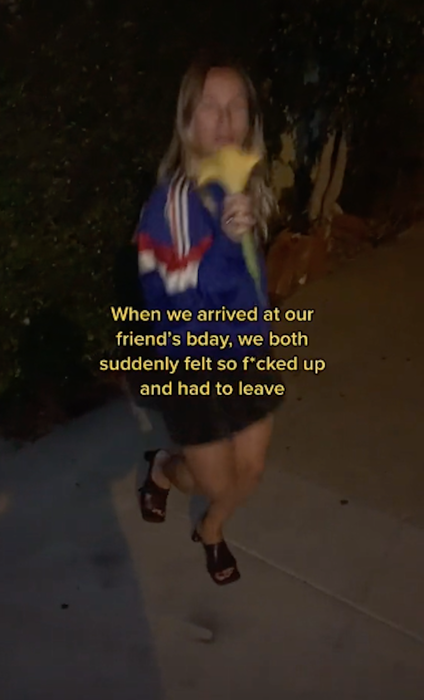 It was much later that they confirmed their suspicions through the internet about the plant. 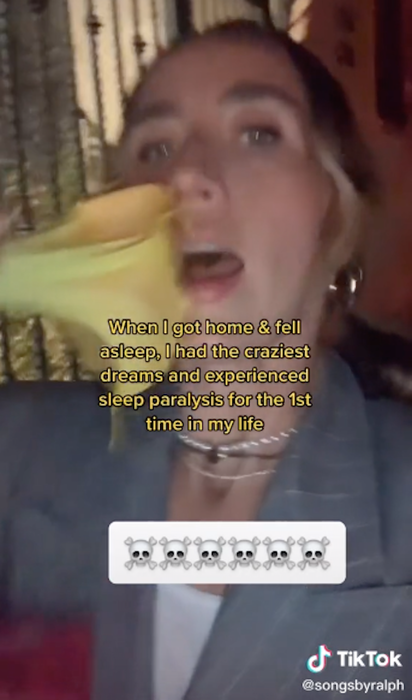 Oh and please donot let this tiktok video inspire you to use the plant for the same purpose.

The comments under the original post are full of people who share their first-hand experiences of how Angel's Trumpet has messed up with their lives and the lives of people they know. Extreme hallucinations are dangerous, especially with a substance that gets so close to just poisoning you to death.

The Daily Dot reports that Vice actually made a documentary about the drug most commonly synthesized from the plant, called scopolamine or “the worst roofie you could ever imagine, times a million.”

“The deal with burundanga is that it pretty much eliminates your free will so you’re awake and you’re articulate,” they wrote. “To anyone else watching you, it seems like you’re perfectly fine, but you’ve completely lost control of your own actions, so you’re at the whim of suggestions, and that’s how people take advantage of you.” 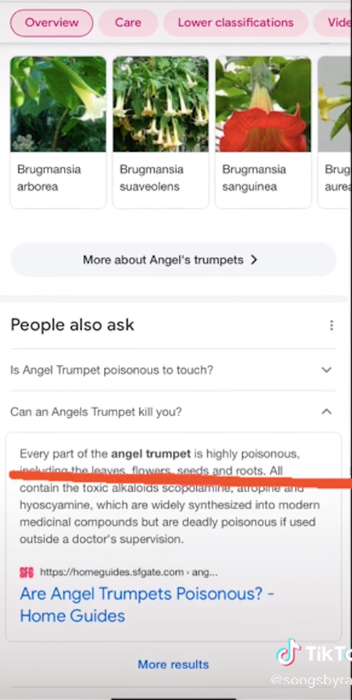 Weyman told the Daily Dot that she is from Toronto and had never seen the Los Angeles bloom.

“It smelled amazing and looked beautiful, so we did a little photoshoot for fun, we were just goofing around. We truly had no idea that it was a dangerous dangerous species. Although we didn’t ingest it, we both felt drowsy and unstable shortly after and I had my first-ever sleep paralysis experience that night. I did quite a bit of googling the next day and it has been shown that even smelling the flowers for long periods of time can cause hallucinations and drowsiness, they’re that potent!” she said. 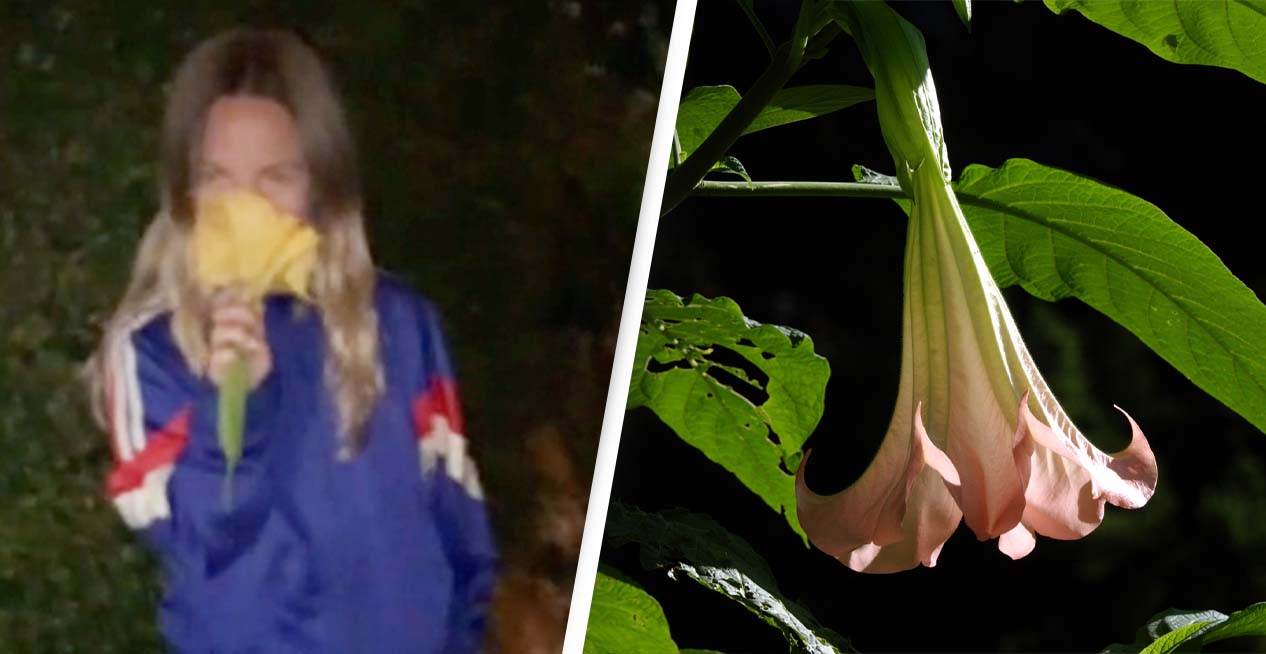