Woman's Body Donated For Alzheimer's Research 'Blown Up By Military'

Posted by Sama in Bizarre On 12th June 2022
advertisement

This Arizona man is fighting to get justice for his mother's body which was disrespected in the worst way possible and made to go through terrible pain. The son of a great grandmother whose dead body was secretly sold to the US military where it was blown up in a so-called "blast test” has said he will never recover from finding out what happened to her. Jim says he donated his mother's body so that it can serve the cause of medical research, however, he had no idea that this would become a mistake that will put him in endless pain on how his mother's body was put through so much pain. 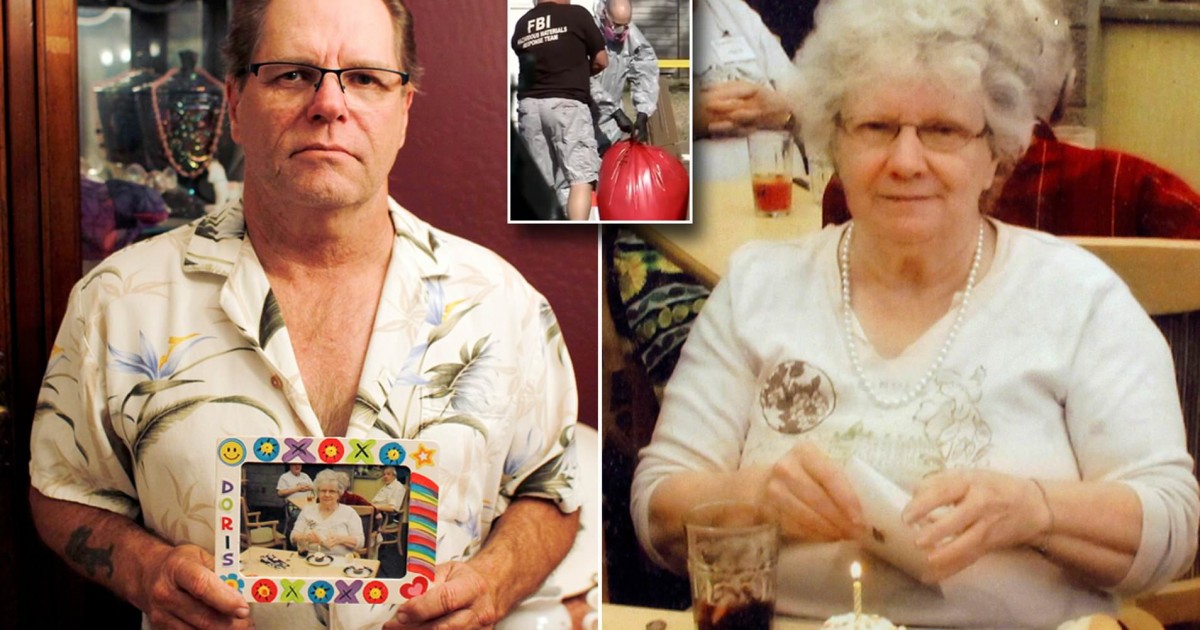 An Arizona man has spoken up about the trauma he dealt with after learning that his mother's body that he donated for research purposes to a medical center was sold off to the military and blown up in a ‘blast testing’ experiment.

Doris Stauffer, 73, died five years ago in hospice care following a several-year battle with Alzheimer’s, despite doctors saying she didn’t carry the gene for the disease. 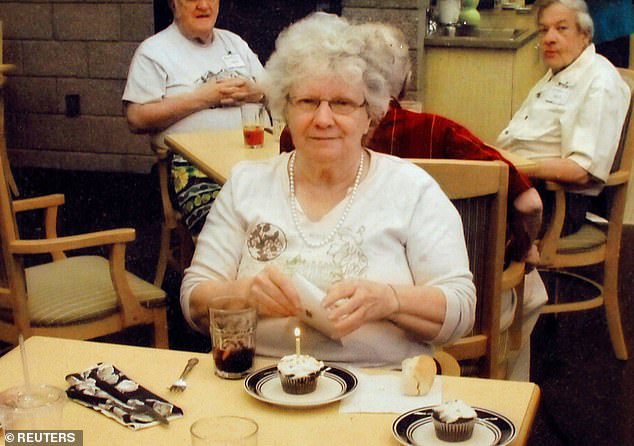 Doctors thought that she might have a mutated condition and hoped to study her brain after her death.

After her death in 2014, the woman's neurologist was unable to accept her remains and so her son donated her body to the Biological Resource Center (BRC) in Maricopa County following a recommendation from a nurse, under the agreement that the company - led by Stephen Gore - would send her brain to a neurological research group. 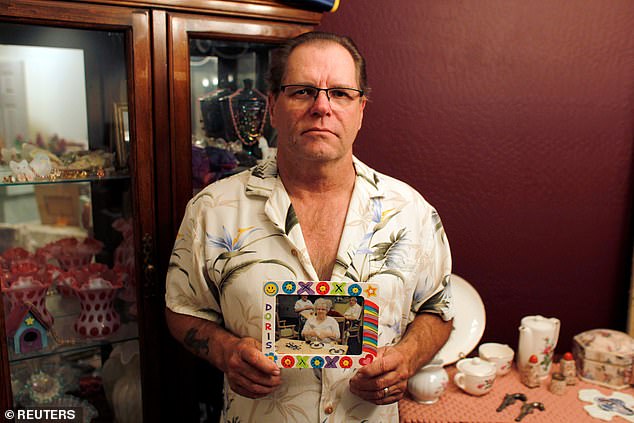 ‘I feel foolish,’ Jim Stauffer told FOX6, learning the true fate of his mother’s remains. ‘Because I’m not a trusting person, but in this situation, you have no idea this is going on — you trust. I think that trust is what they fed on.’

Jim said that an official from BRC came to pick up his mother's body within 45 minutes of her passing away. He was made to sign an agreement with the official which detailed on what ‘would and would not’ happen to Doris’ remains.

A few days later, Jim says he received a wooden box that contianed the 'majority' of his mother’s ashes, however, no information was provided about how Doris’ body was used or where the rest of her remains were. 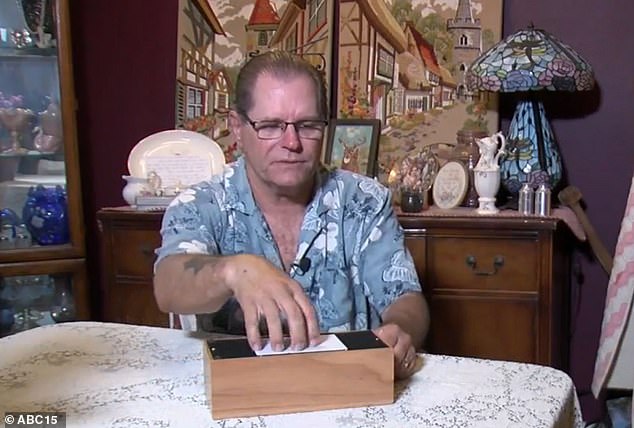 Three more years passed before Jim learned the shocking truth about what happened to his mother's body when a reporter from Reuters sent him a series of documents.

The records showed that BRC workers detached one of Doris Stauffer's hands for cremation. After sending those ashes back to her son, the company sold and shipped the rest of Stauffer's body – including her brain - to a taxpayer-funded research ‘blast testing’ project for the U.S. Army.

Doris’ cadaver was then strapped into a chair on ‘some sort of apparatus’ and an explosive device was detonated beneath her.

The idea of the experiment was to ‘get an idea of what the human body goes through when a vehicle is hit by an IED,’ the documents detailed. 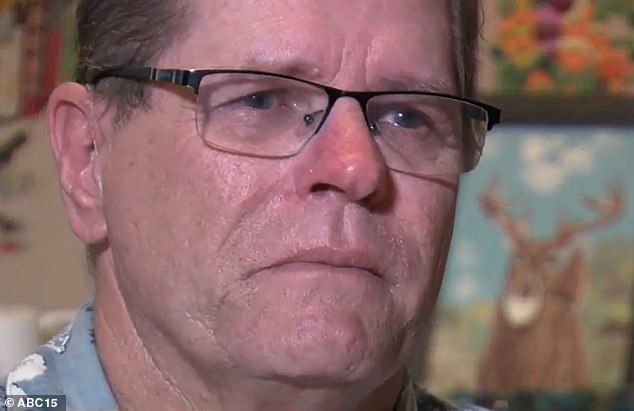 ‘There was actually wording on this paperwork about performing this stuff,’ Jim said. ‘Performing these medical tests that may involve explosions, and we said no. We checked the “no” box on all that.’

BRC and military records show that at least 20 other bodies were also used in the blast experiments without permission of the donors or their relatives.

The donated bodies were all sold to the military for $5,893 each. Officials of the project said they never received the consent forms from the donors or their families along with the cadavers. 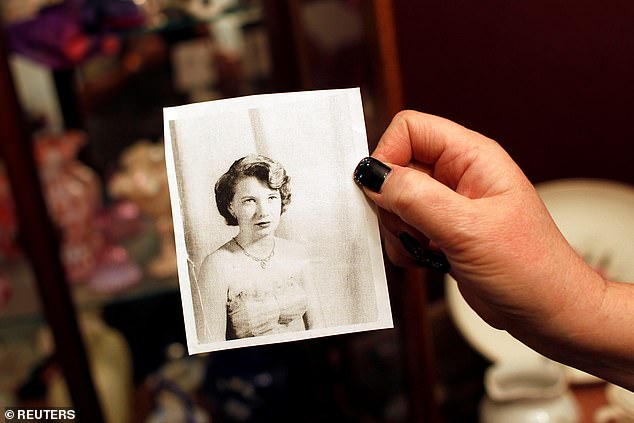 The families were only forced to rely on the assurance given to them by BRC that the bodies will be used in the specified type of research.

Jim says he still struggles with the reality of the grisly end his mother’s remains met, adding that his memories of her are regularly plagued by visions of the experiment. 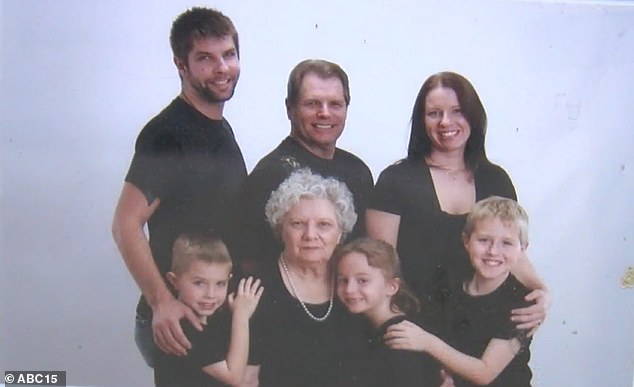 Jim and 33 other plaintiffs have filed a lawsuit against BRC and its owner Stephen Gore, in which the gruesome details of how the center misused loved ones' bodies is compared to the horror novel Frankenstein.

Gore, 52, was found guilty of operating an illegal business in 2015 after it was discovered that he had been off selling body parts.

More than 1,755 human body parts were found at the facility, which took 142 body bags to move and weighed 10 tons, according to Reuters. 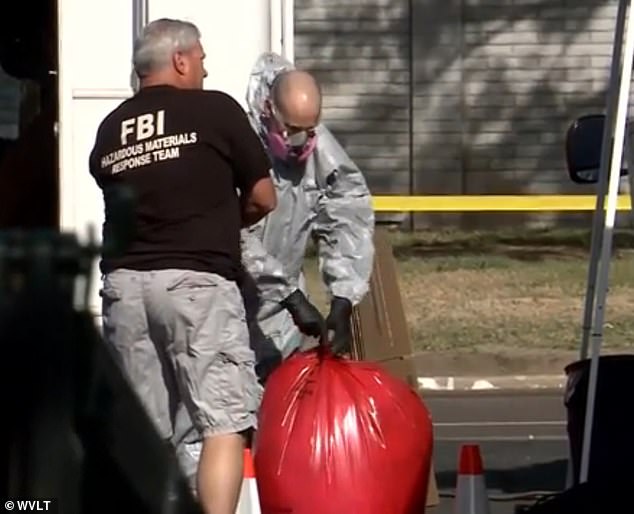 In a declaration for the new lawsuit, former FBI special agent Mark Cwynar described 'various unsettling scenes' at the site in Phoenix.

Cwynar told of a small woman's head sewn onto a large male torso that was hanging from the wall in a 'Frankenstein manner'. Its placement was described as 'an apparent morbid joke'.

He also spoke of a 'cooler filled with male genitalia', 'infected heads' and 'bucket of heads, arms and legs' without any identification tags.

There were also blood and bodily fluids on the floor of the freezer. 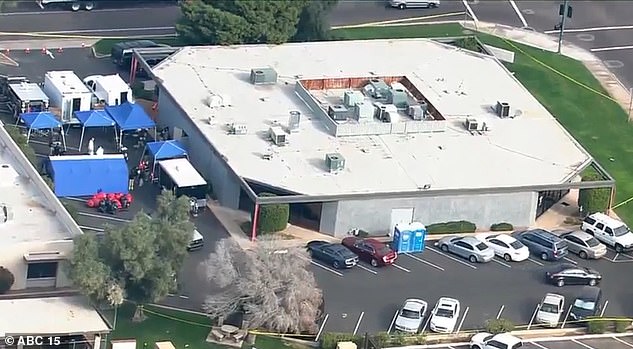 The initial 2014 raids occurred as part of a multi-state investigation into the illegal trafficking and sale of human body parts.

The BRC picked up the bodies of deceased loved ones from family homes, and from there they sold the parts to middlemen for profit.

Bodies were cut up using chain saws and band saws, tools that are not supposed to be used when medically dismembering cadavers.

After the investigations, business owner Gore pleaded guilty in October 2015 to federal charges of conducting an illegal enterprise.

The man admitted that the bodies were not used in a way that the donor expected and that he was 'overwhelmed' working in an industry without regulation.

His wife, children and siblings pleaded for a lenient sentence, describing him as a 'family man', reported Fox 10 Phoenix.

Gore was sentenced in 2015 to one year deferred jail time, four years probation and was forced to pay $121,000 in restitution.

'I could have been more open about the process of donation on the brochure we put in public view' Gore said, according to AZ Central.

His highest level of education is high school, and he allegedly did not receive any licenses or certifications applicable to body donation program operations.