Posted by Zainab Pervez in Relationships On 28th August 2021
advertisement

A girl has divided opinion online after she admitted to interfering with her ex-boyfriend’s dates – with some discovering it humorous, and others branding her “creepy” 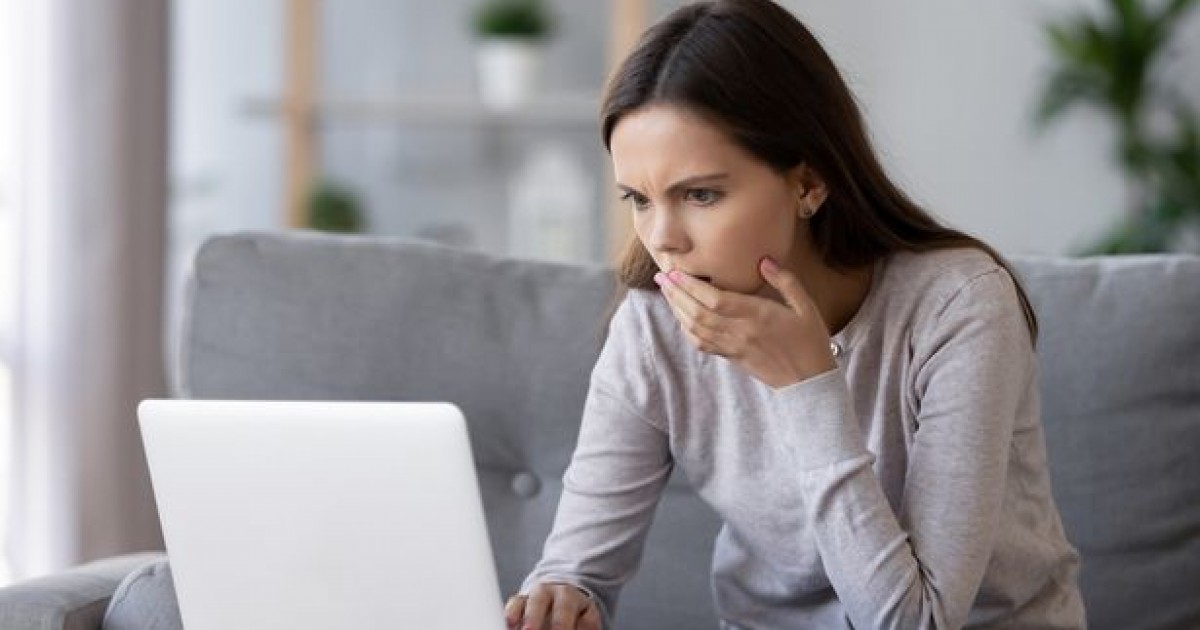 They say that Hell hath no fury as a lover scorned. Sometimes, no matter how much we might want to take the high road, our hurt feelings and bruised egos simply won't allow it to happen.

What's worse is that sometimes we wind up doing things we would've never thought ourselves capable of. Kind of like this woman's petty act of revenge after she and her boyfriend decided to call it quits. 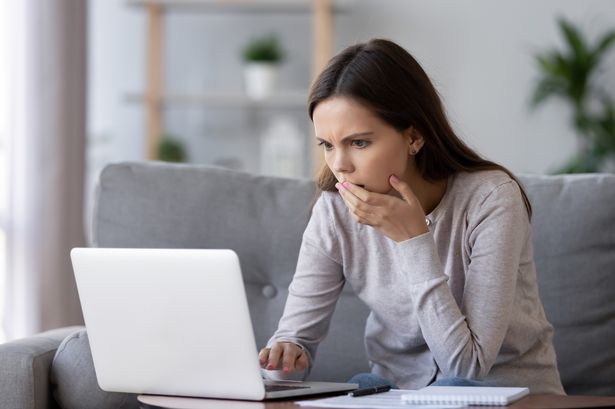 It's one thing if you're the person who initiates the breakup. However, it's a completely different kettle of fish if you weren't the one who decided to bring the relationship to a close.

Oftentimes, a breakup can leave you feeling betrayed, ashamed, and totally lacking in self-confidence. This becomes compounded even more so if your former partner doesn't reciprocate and decides to jump back into the dating world quicker than expected. 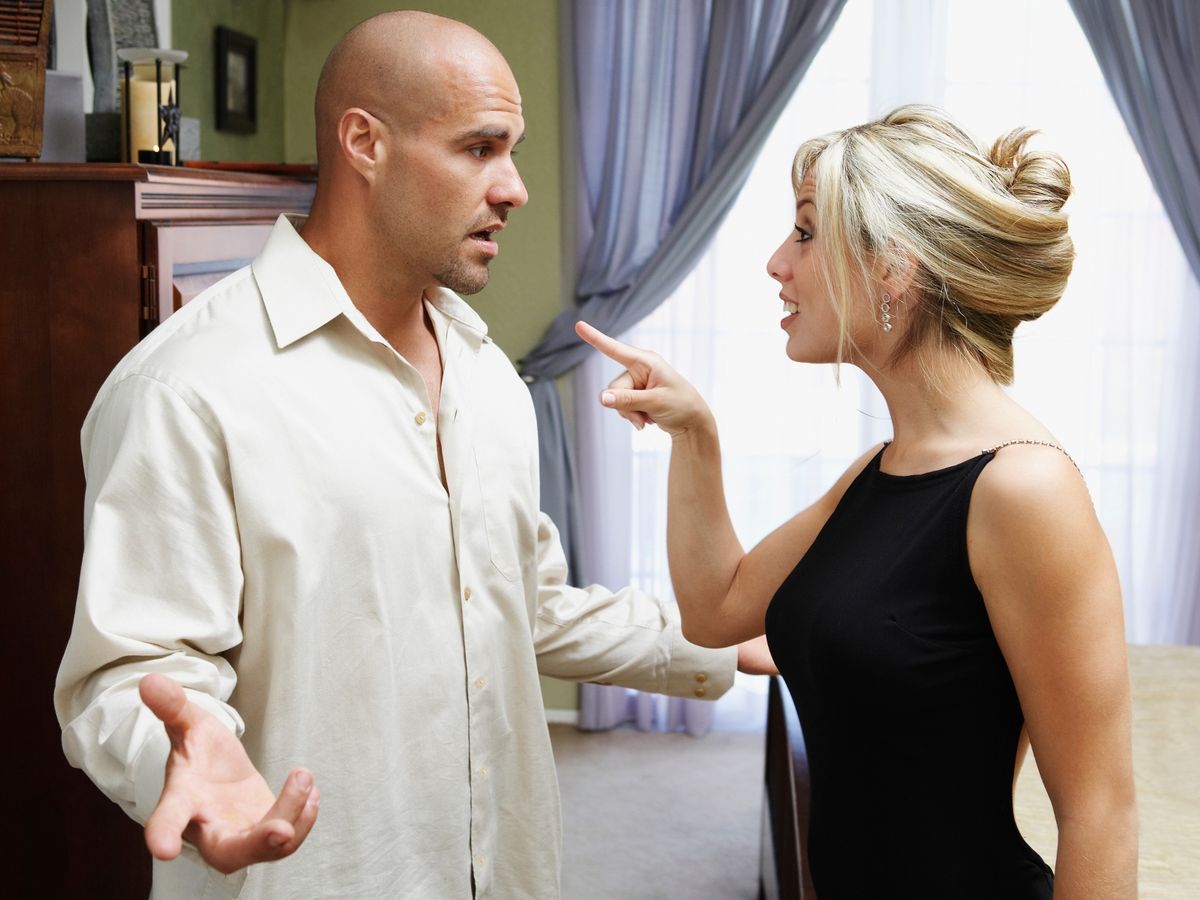 Not long after the anonymous woman and her boyfriend brought their relationship to an end, she discovered that he had already started seeing new people and was hooking up with girls he'd met online. The way that she discovered this was by "hacking" his Goggle Calendar.

"He quickly started online dating and would put these dates in his calendar as 'username from site'," she explained via her tweet. 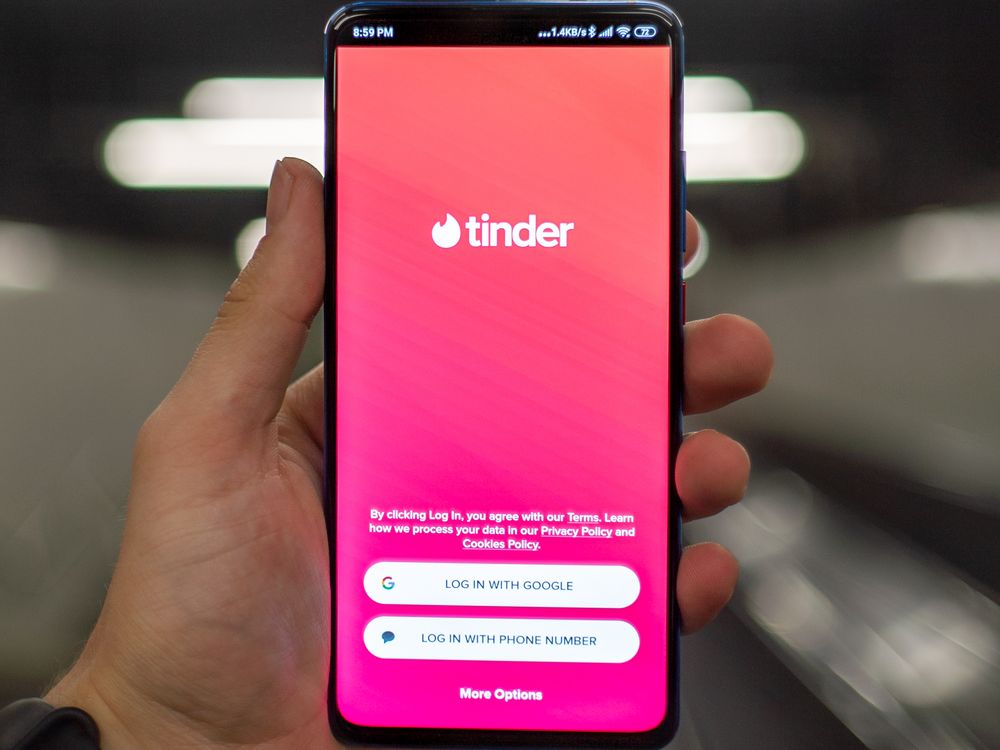 According to the tweet, her ex-boyfriend never removed her access from her calendar, and since he'd input the women by their usernames instead of their real names — finding them online was a breeze.

As you can probably imagine, this blatant violation of privacy has the Twitterverse divided. Most people were shocked to learn that the woman would've stooped to such a level and questioned her motivations as well as her end game.

When me and my ex broke up he never bothered removing my access to his Google calendar. He quickly started online dating and would put these dates in his calendar as 'username from site'. I found the profiles of the women from his calendar and told them he was married

It does seem somewhat redundant to spend your time stalking the other person — and to what end? You have to assume that sooner or later, the woman's ex would've figured out what was going on and would've probably been furious.

If you're trying to get back together with someone, do you really think acting like a psychotic stalker is the best way to go about your business? 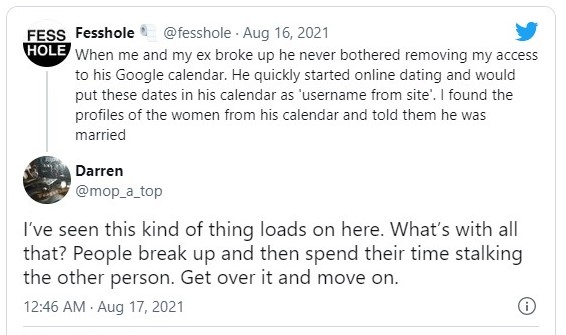 Even I can admit that there's something mildly funny about this entire situation. However, it becomes hard to find humor once you reverse the gender roles. All of a sudden, it starts to sound like something Joe Goldberg from You would do.

As much as we might want to have a laugh at this guy's expense, it's really not fair to judge him simply for having the maturity and capacity to move on from what was clearly a toxic relationship. 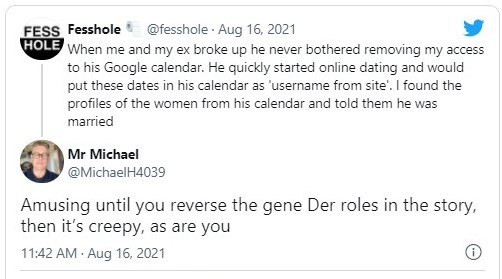 One wrote: “Sometimes, just sometimes, the psycho ex does exist. And you are them! Move on.”

While another said: “That's genuinely awful.”

And a third posted: “That is psychotic.”

"So, why do you spy on him? Are you so jealous," asked Twitter user @BinDelta. "Let him go, or he owes you anything? And remember, unauthorized access to the private information is a crime in civilized countries!"

Can you imagine having to explain this story in court, all because you were too petty to be able to accept the reality of your situation? Hopefully her ex isn't as vindictive as she is.

Twitter user @DorisDaydreams tweeted out "I am here for this level of petty" but neglected to mention whether or not she herself had done anything similar in one of her own past relationships.

Where do you stand? Was this a petty move that crossed the line or is this all part of the grieving process? Make sure to leave a comment below and let us know what you think!