Posted by Annie N. in Cool On 21st July 2021
advertisement

Man with full-body tattoos, bifurcated tongue, pointed ears and black eye whites covers his transformations with makeup for a day and the difference is amazing. 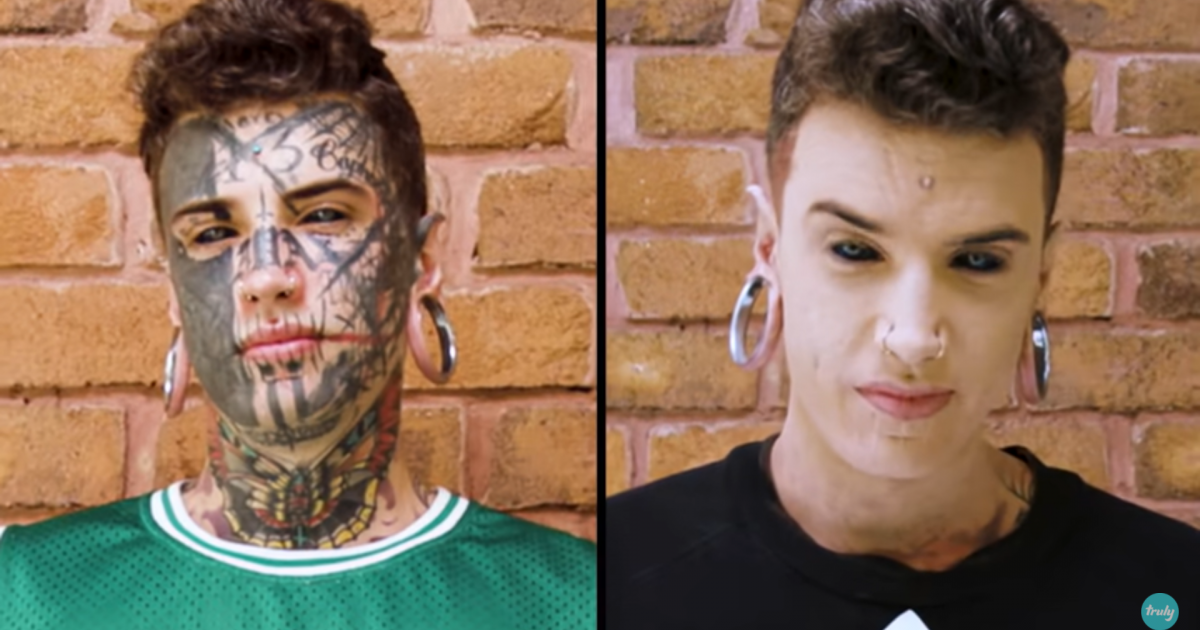 When Ethan started tattooing his body, he did it for the sole purpose of looking like someone entirely different. 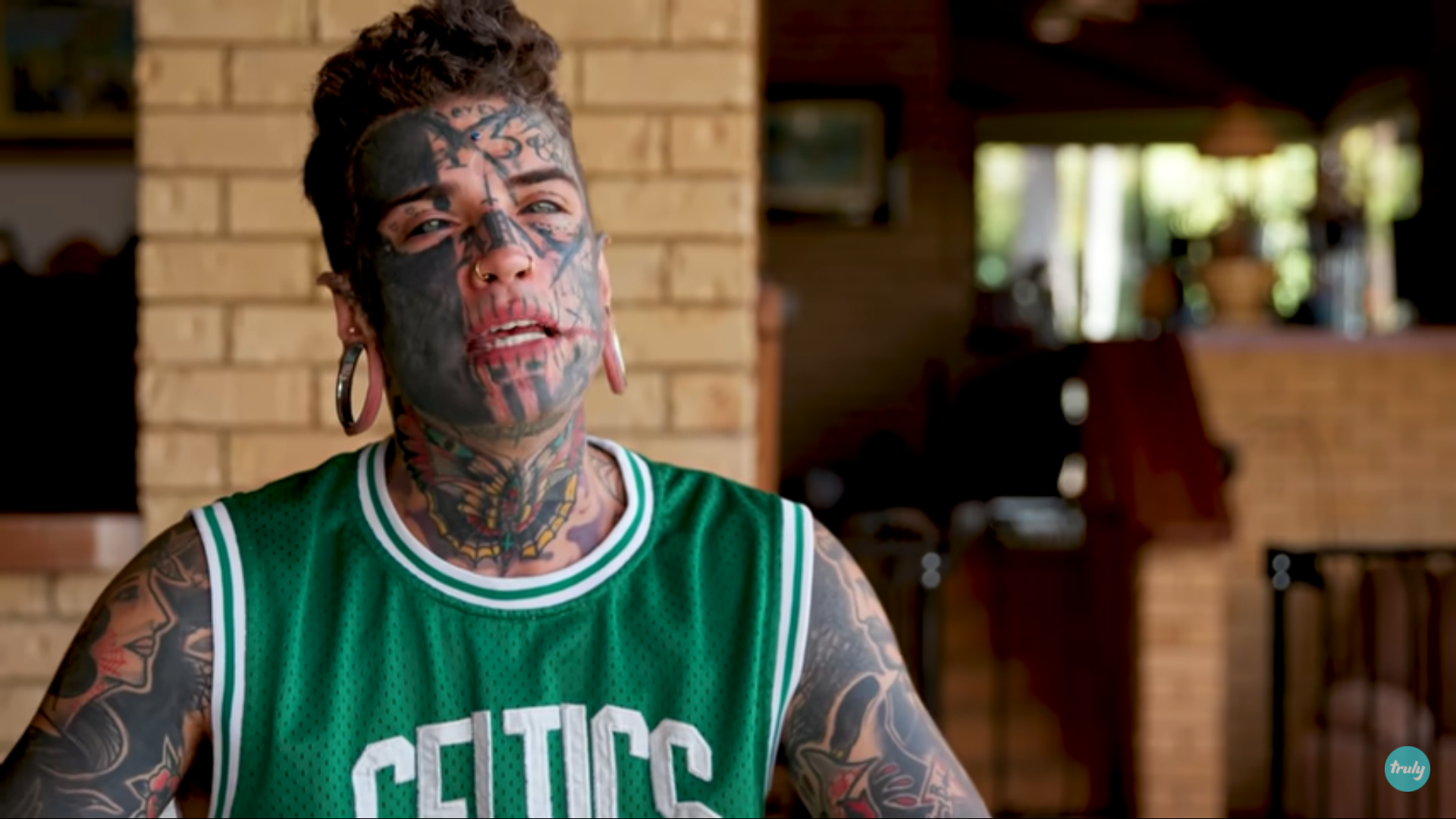 The 24 year old said, “I just thought it was cool. I just didn’t want to look like everyone else.” 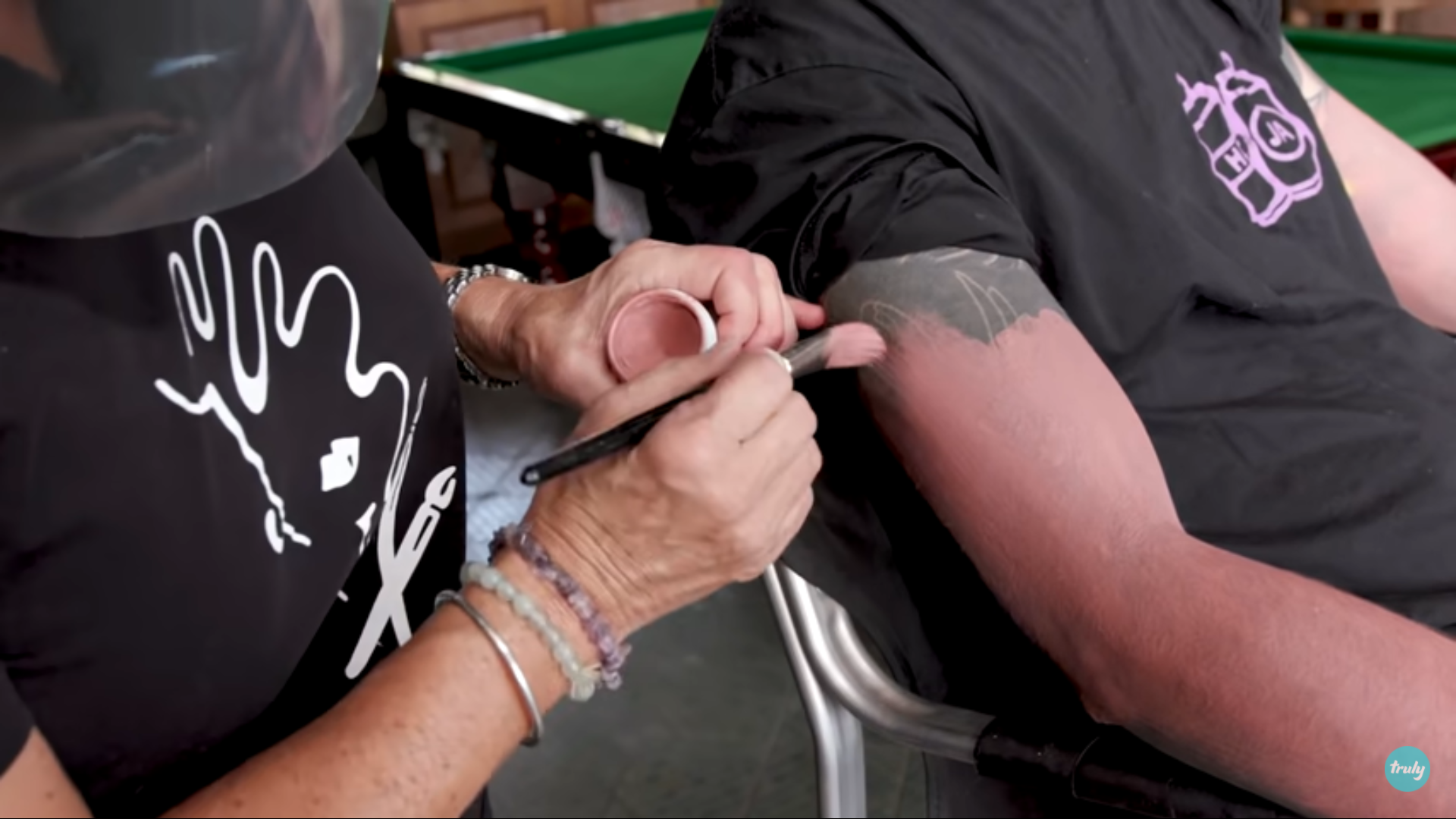 Other than the countless tattoos on his face and body, Ethan has also gotten body modifications done including tongue bifurcation and tattooing the whites of his eyes. 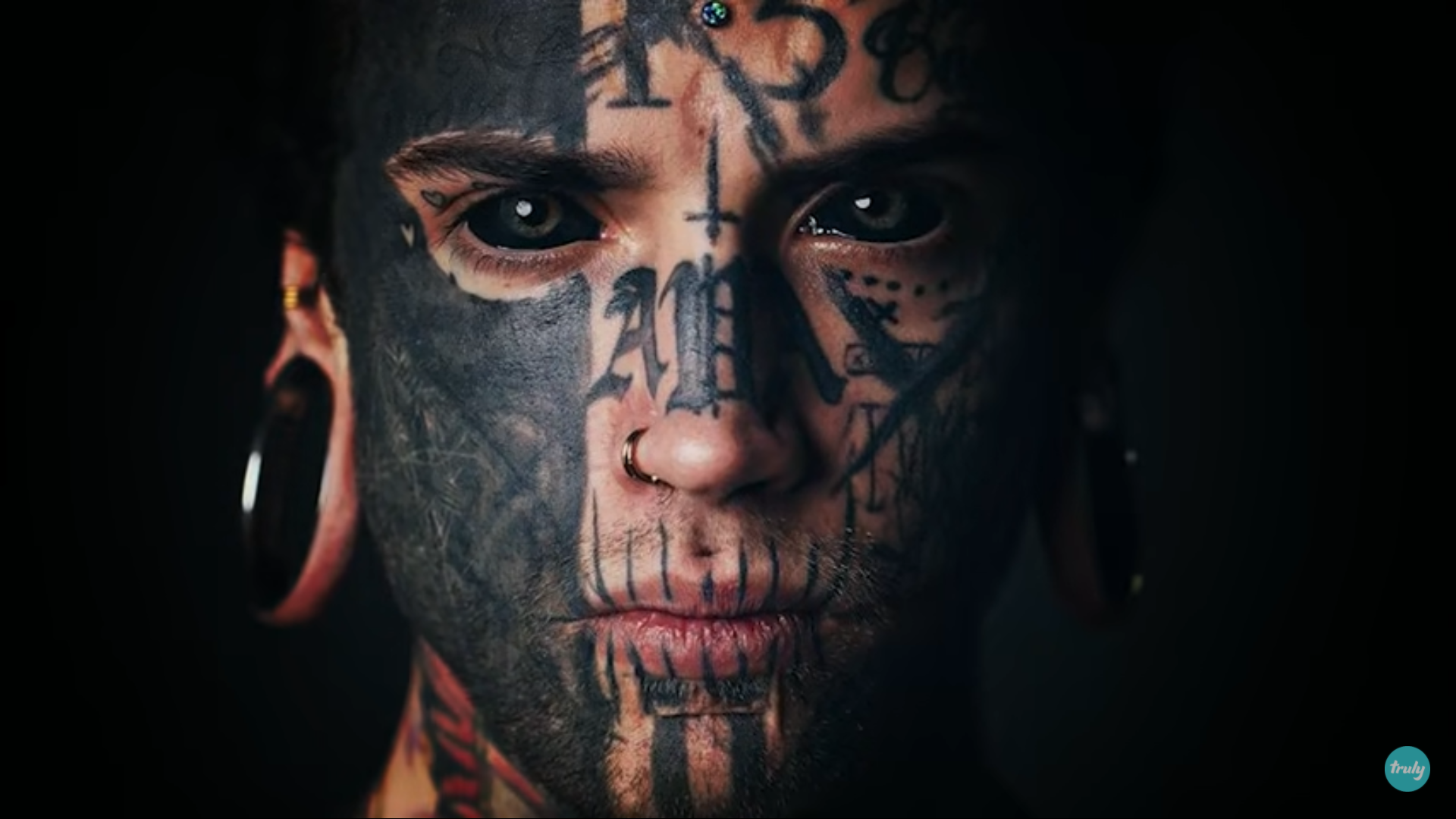 Meg, who started dating Ethan after his tattoo transformation had never seen him without his tattoos. That all changed when this makeup artist covered them up for a one-time transformation. 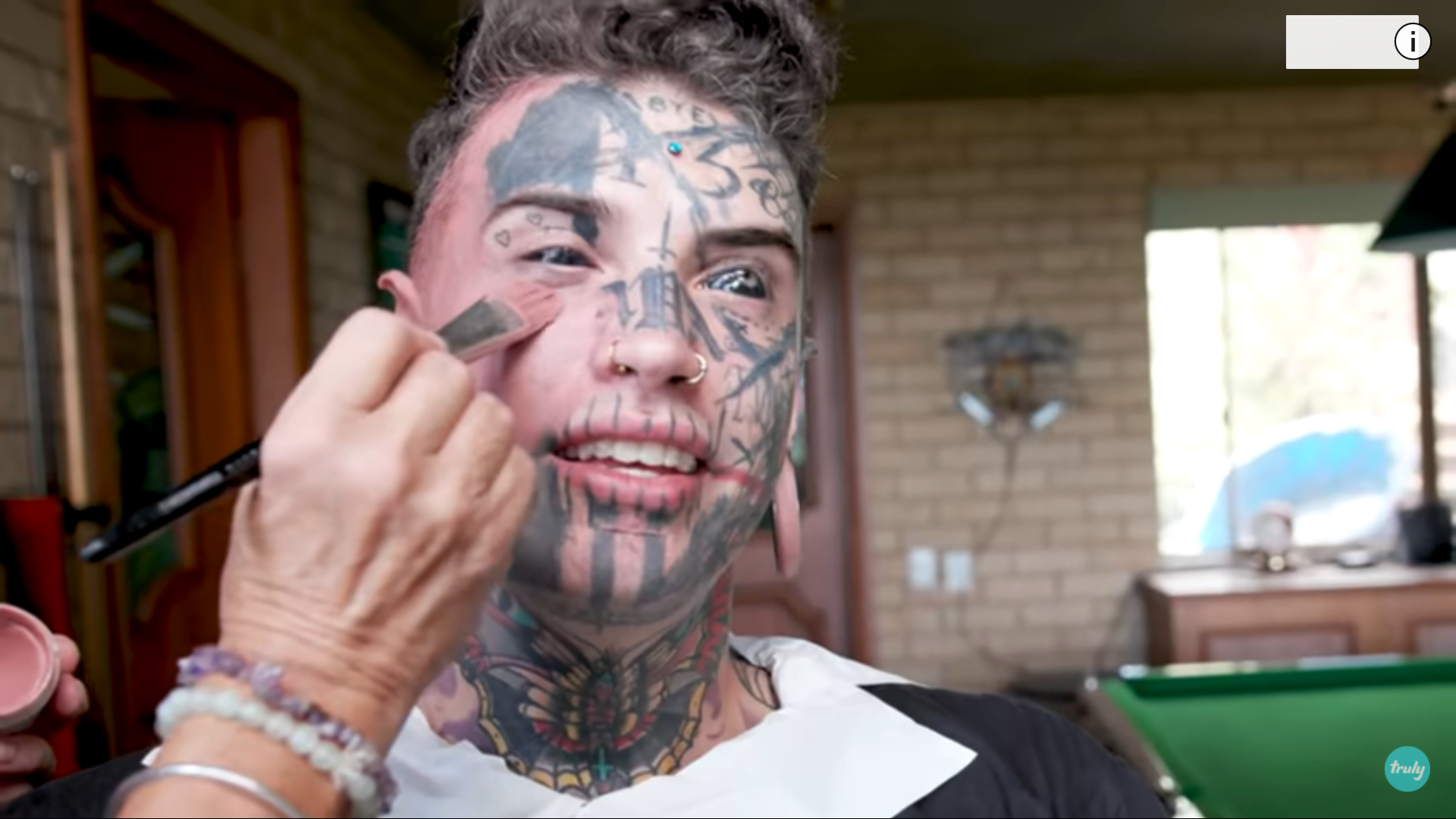 Ethan and Meg were floored by the transformation but ultimately decided they liked his tatted look better. 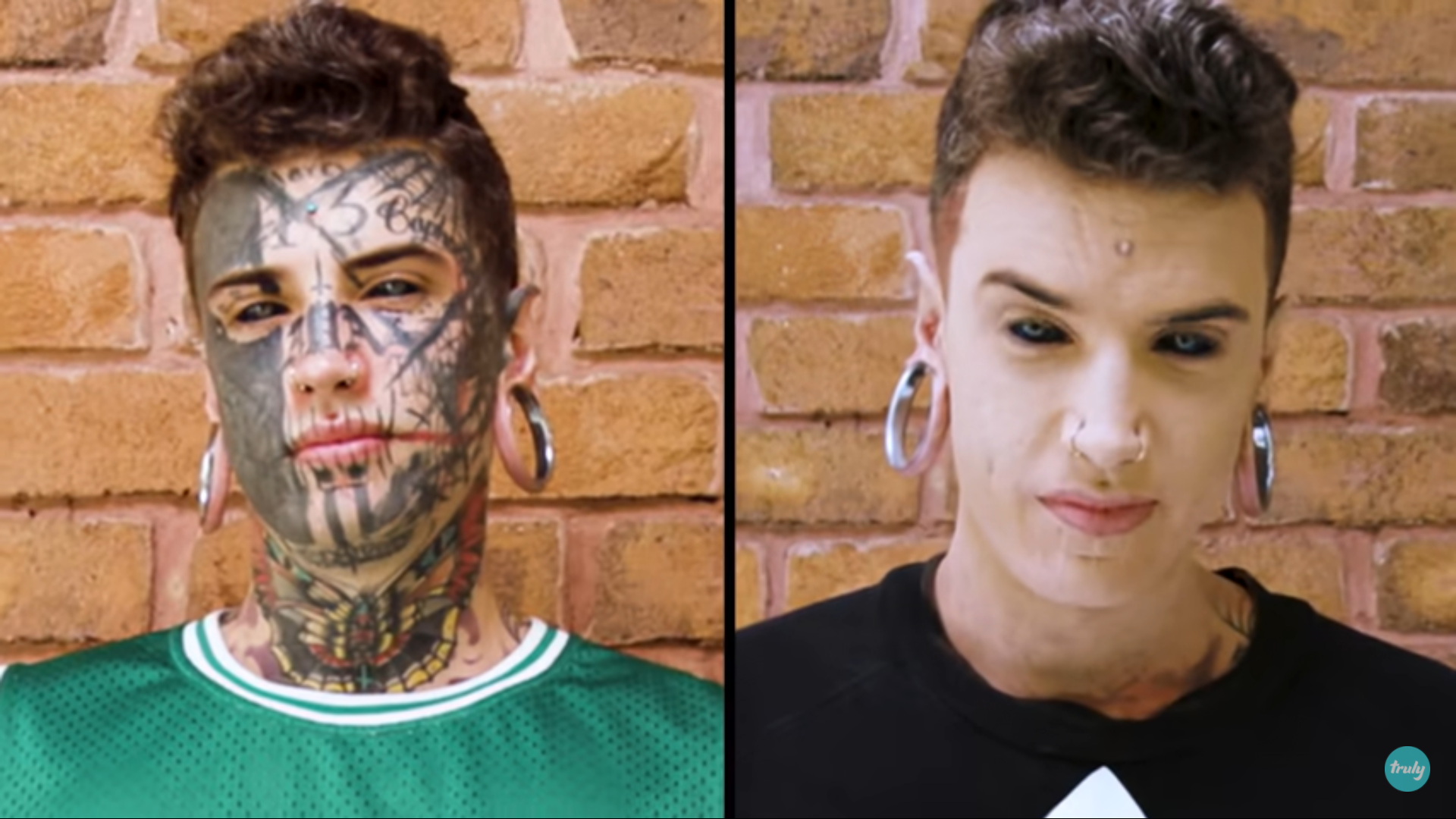 Ethan said, “People look at it like me getting tattooed and modified has a deeper meaning than it really does. At the end of the day, I do all this to my body because I think it looks cool, and that’s pretty much the bottom line.” 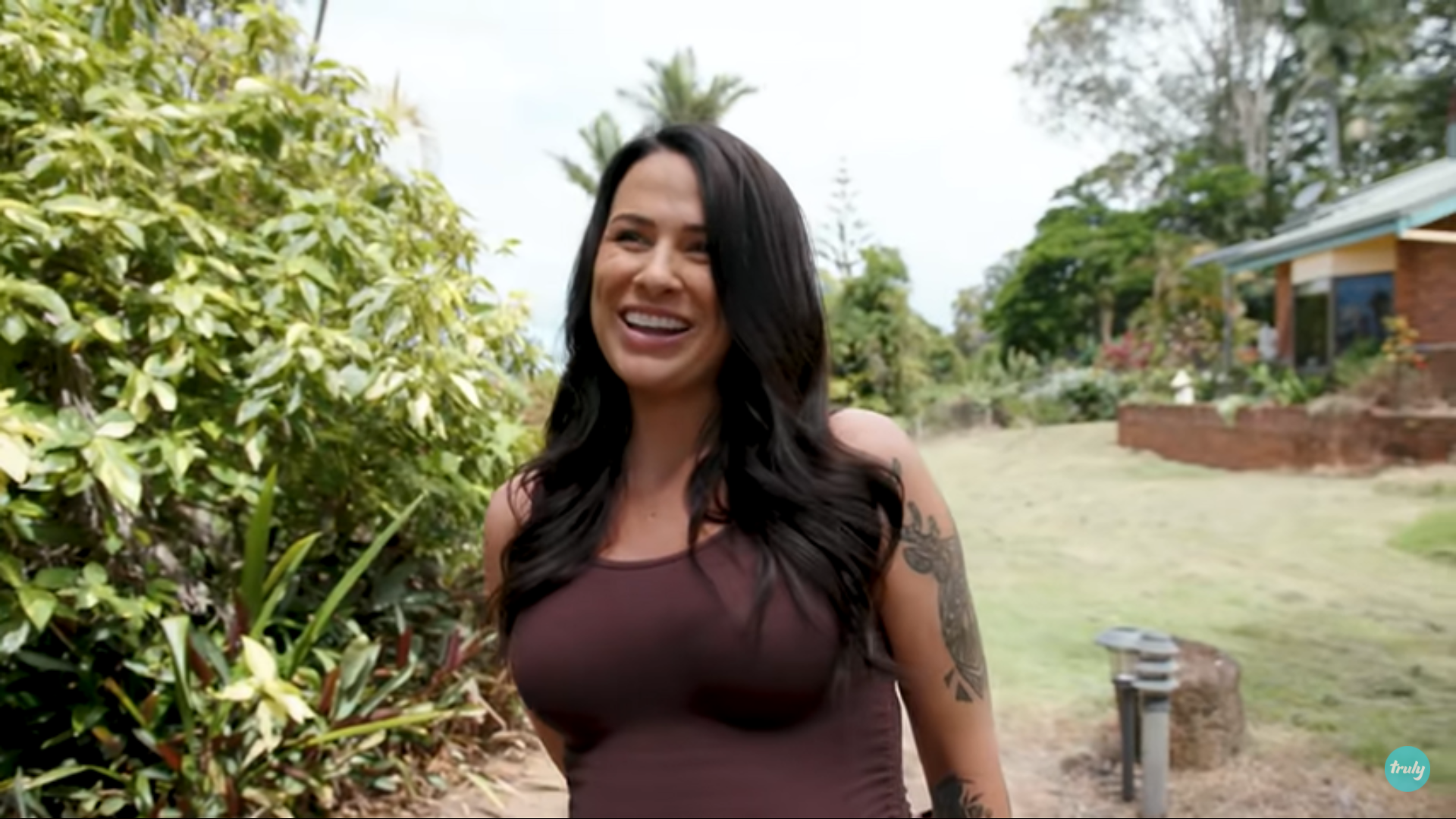