Posted by Abdul Rafay in Food On 20th September 2021
advertisement

After ordering the Sunday lunch from the carvery chain's outlet in Ramsgate, Kent, Nicki White, 26, was dissatisfied. She complained to the restaurant about the 'worst roast she had ever eaten,' which consisted of a few meager dried pieces of meat and undercooked veggies. Ms. White went on to say that despite Toby's being one of her favorite excursions, especially over the holidays, she will no longer visit. 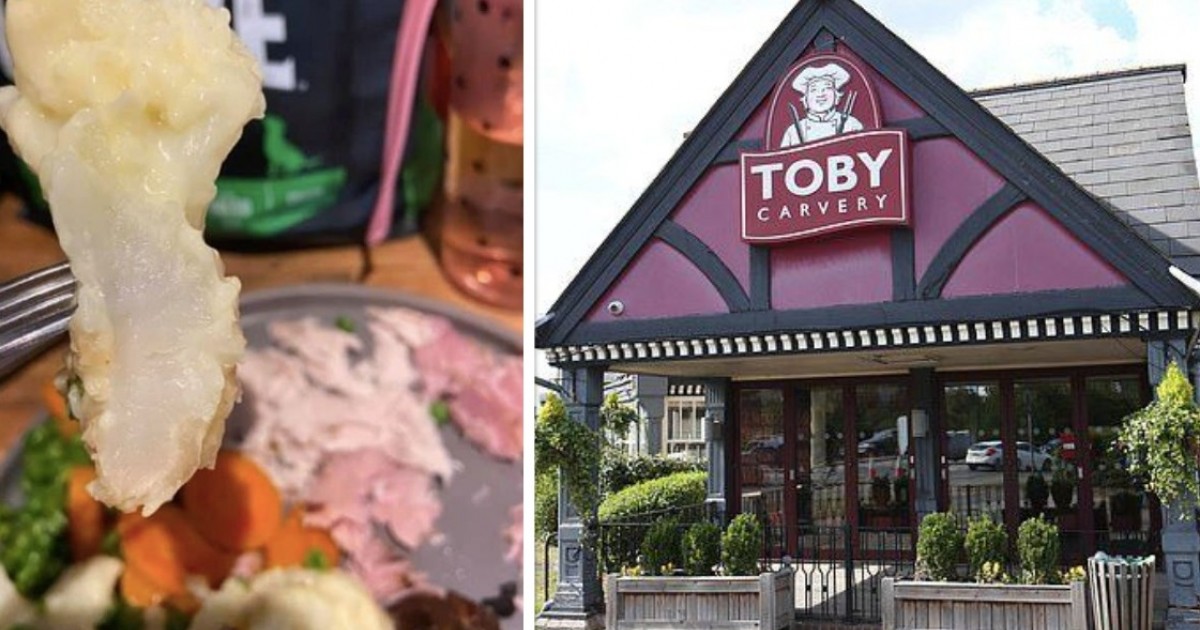 A hungry diner has panned her £17 ($23) delivered roast meal, claiming that her dog could have done a better job.

Nicki White planned to treat herself to a £17 roast at Toby Carvery in Ramsgate, Kent but was disappointed when her dish didn't appear especially appetizing when it arrived.

On Facebook, the 26-year-old posted images of her dinner, which included a few slices of meat, some scorched spuds, stuffing, cauliflower cheese, and carrots.

Despite being a long-time devotee and regular customer, she has now vowed not to return to the carvery. 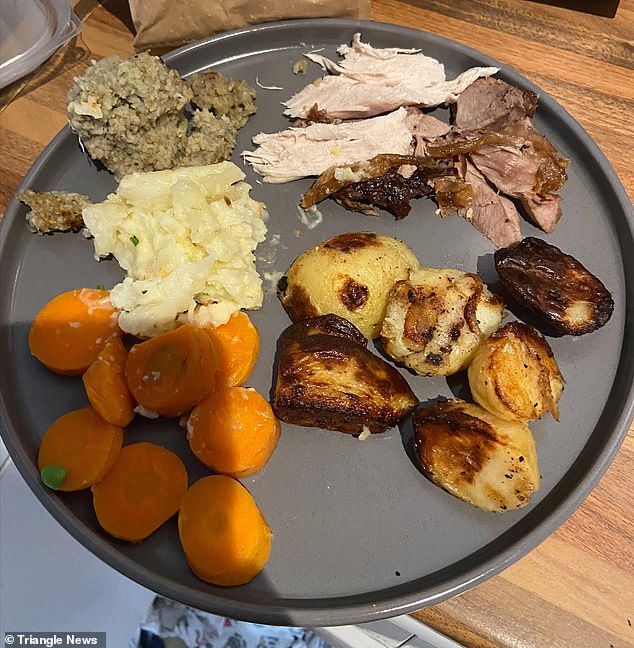 Nicki said: "It was undercooked, the portion was small, it was just unsatisfactory.”

"Putting it simply, it was the worst roast I have ever eaten.”

"I would normally go to the restaurant, but because I wasn't feeling well my daughter wanted a roast so I thought I would give it a go.” 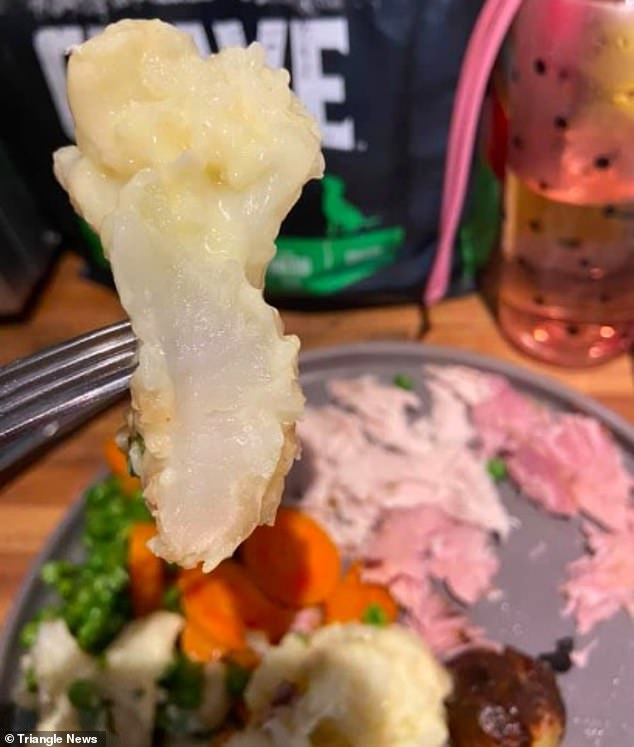 Posting the snap on Facebook, Nicki wrote: "If anyone's thinking of getting a Toby Carvery delivered. Don't do it! Absolute rip-off!”

"Undercooked veg, black cauliflower, hardly any meat, the gravy was like water, the stuffing was wet and mushy.”

"I pre-ordered 2 hours before and was still late. A driver turned up to collect but wasn't ready so he left and had to send another driver. Will never order a takeaway from them again." 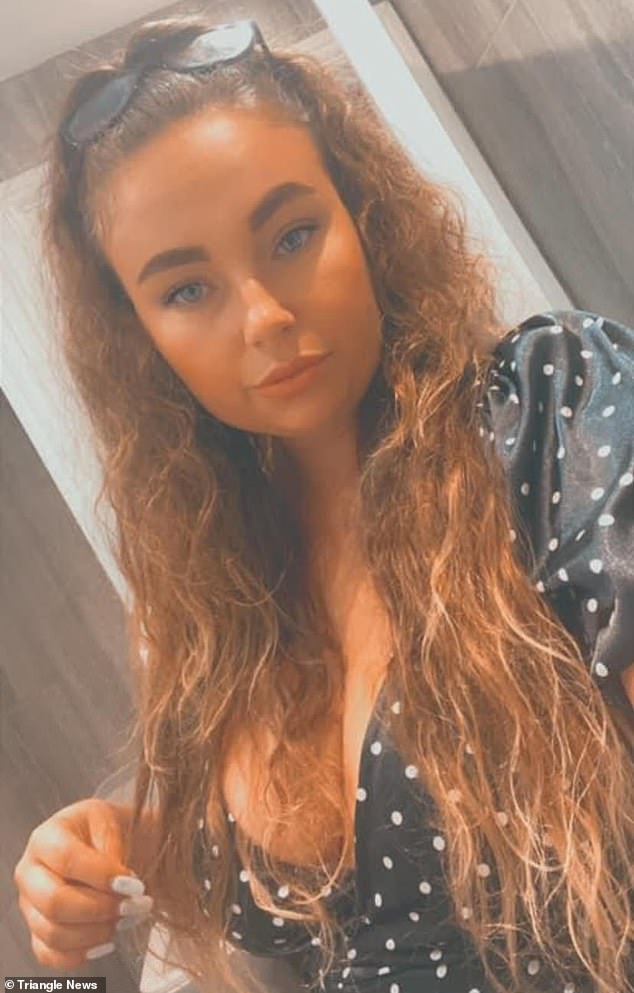 And her friends were quick to concur that the food was lacking – one remarked, "I've had quite a terrible takeaway previously - so I didn't bother again."

Another said: "Had the same problem. Make a formal complaint to them."

A third posted: "Yes we ordered today too and had a similar experience.”

"They even forgot our pigs in blankets."

When a friend said the food "looked horrible," Nicki remarked, "I honestly believe my dog could have cooked better."

Others, on the other hand, were astonished by what Nicki had received, despite having previously enjoyed wonderful meals from the restaurant. 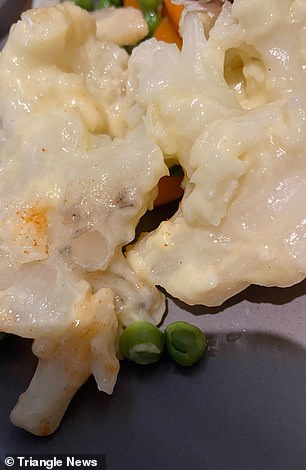 Nicki has subsequently filed a complaint with Mitchell & Butlers' Toby, and an inquiry is underway.

A spokesperson for Toby Carvery told LADbible: "We pride ourselves on our delicious great value roast dinners, so we are very disappointed one of our valued customers received a delivery meal that doesn't reflect our high standards on this occasion.”

"We have raised this with our internal teams to investigate and we have reached out to the customer to apologize and invite her to have a meal on us." 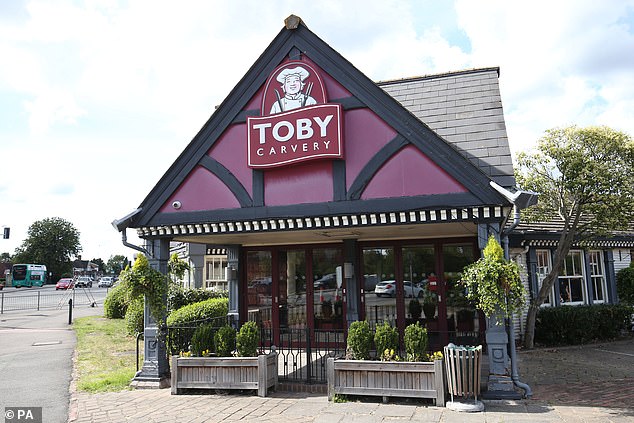