Posted by Abdul Rafay in Confessions On 15th January 2022
advertisement

A scorned woman is so enraged with her ex-boyfriend that she sends him a dead fish every day in the mailbox. Katie Beresford goes to the store every morning and then leaves the stench for her ex-boyfriend to find when he gets home. She even records the deposit and shares it with her TikTok fans. 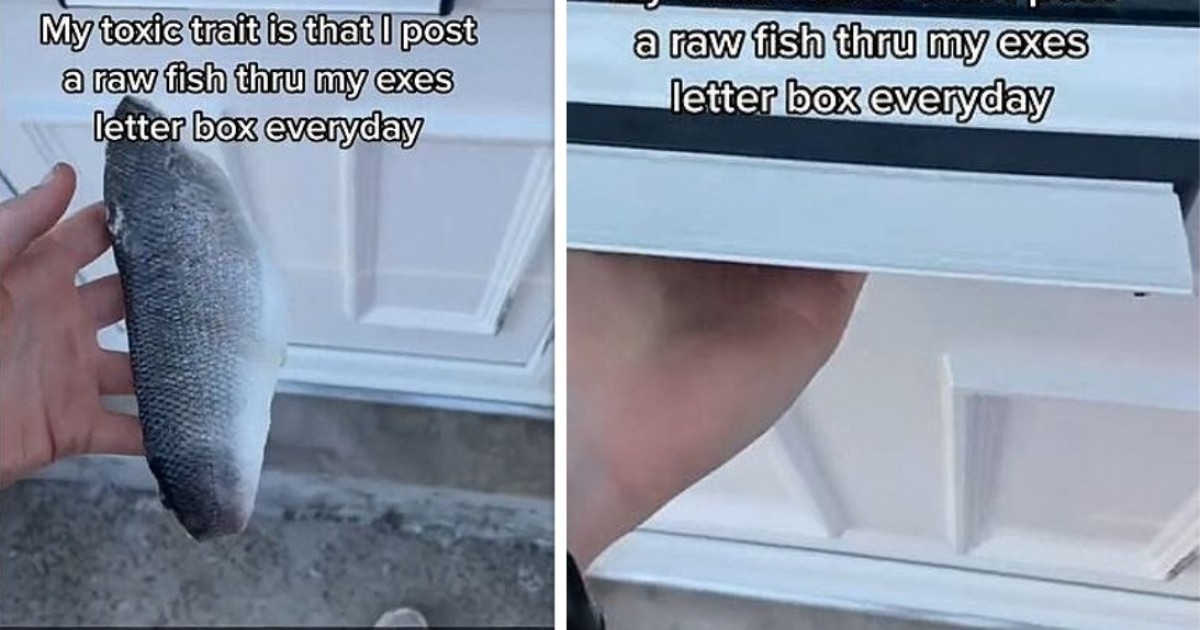 To cheer herself up, she pays a visit to his house while he is away and leaves a gift for him when he returns.

“My toxic trait is that I post a raw fish through my ex's letterbox every day,” reads the caption on the fishy clip.

It prompted a slew of inquiries from her fans, the majority of which were similar. 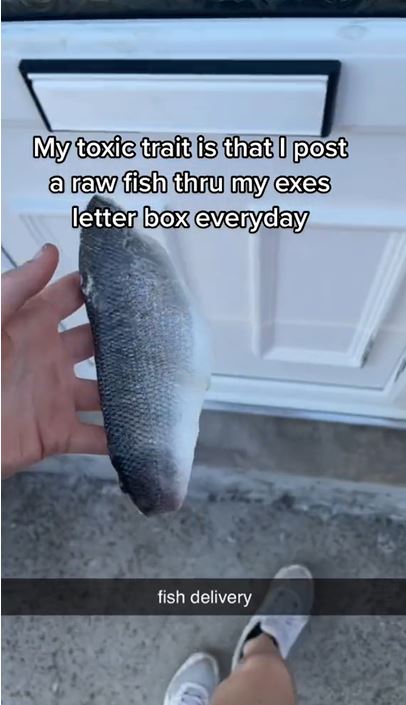 On the platform, the video has already received 2.2 million views.

In the comments, there was a lot of speculation, with some claiming that no guy would ever treat her again.

One wrote: "Future bfs beware there's no messing with this girl!"

Another said: "That’s not a toxic trait that’s straight-up torture.” 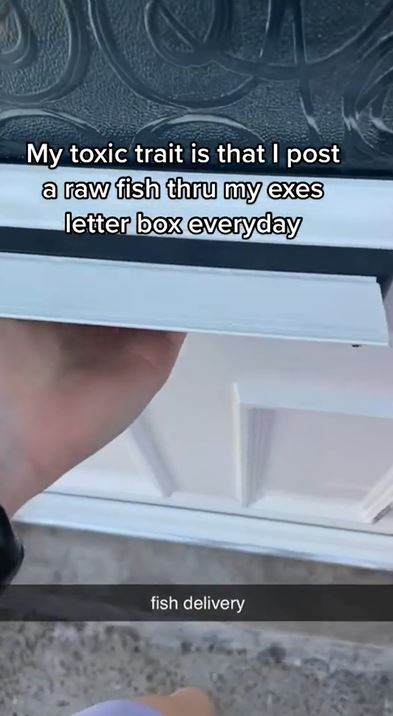 Katie isn't the only woman who holds her ex accountable after their relationship ends.

Kristina, a TikToker, described how she's been getting back at people for the past five years.

She explained her sneaky tactics after a request to share “something incredibly immature that you will never stop doing”. 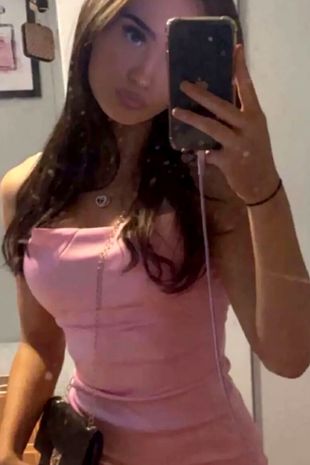 “Ever since my ex and I broke up in 2016 I’ve had a very interesting tactic for revenge,” she said.

“My revenge comes in the form of an email newsletter.”

She went on to admit that when different companies ask her for updates on "events occurring," she signs him up for all "subject of interest."

She ended her clip by saying: “And I will never stop doing it!”

Many others were curious as to what he did that still irritated her five years later.