Woman Spends $25,967 To Get Her Whole Body Inked Including Genitals

Posted by Sumaiya Ghani in Bizarre On 23rd November 2020
ADVERTISEMENT

For the last three years, Julia spent three hours every day in a tattoo parlor to get every part of her skin inked. Now she has plans to get her face covered in geometrical flowers though her family doesn't approve.

32-year-old Julia Nuno got her first tattoo when she was only 18. Back then, she had no plans to get every part of her body inked. 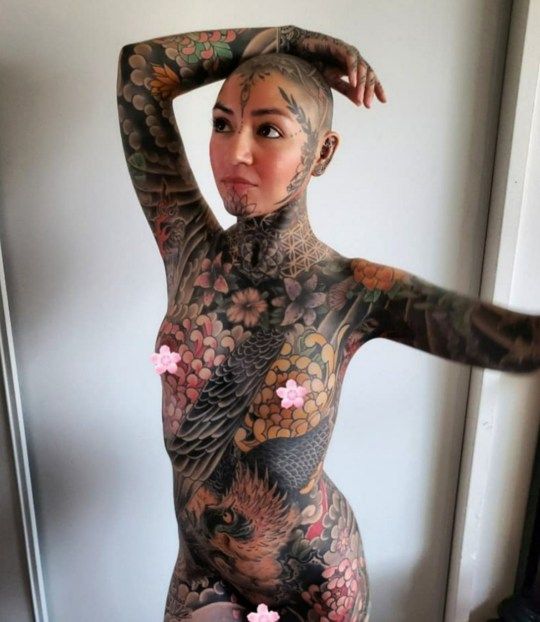 Her family is not so happy with this version of Julia

Julia doesn't care if her family approves or not. She even got her genitals inked against their approval earlier this month.

Every part of her body is covered in tattoos now except her face. Her next plan is to get that covered in geometric flowers.

She said: ‘It’s taken me quite a while, I started getting tattooed as soon as I was old enough.

Julia started out with a cute flower tattoo on her chest

‘It’s only over the last few years that I have been going constantly.'

‘I started out small with a hibiscus flower on my chest but it just ended up growing.’

Julia added: ‘I had no intention of collecting or getting a suit but somewhere down the line I just decided to go all the way.'

Julia said that she gives the artist the liberty to decide the design.

She said: ‘For a long time I told myself and other people that I would never shave my head to get it tattooed, I said: “that’s crazy”.

‘But when I ran out of space on my body it was the next obvious part.'

Julia feels irritated when she sees an empty space on her skin.

‘I feel like the more tattooed I am the more irritating it feels to see empty space.'

‘When I’m finished I’m going to go over my existing suit restoring the colors and existing lines.'

‘The sessions are really special to me, the art is nice but it’s the actual tattooing sessions that I’m really addicted to.' 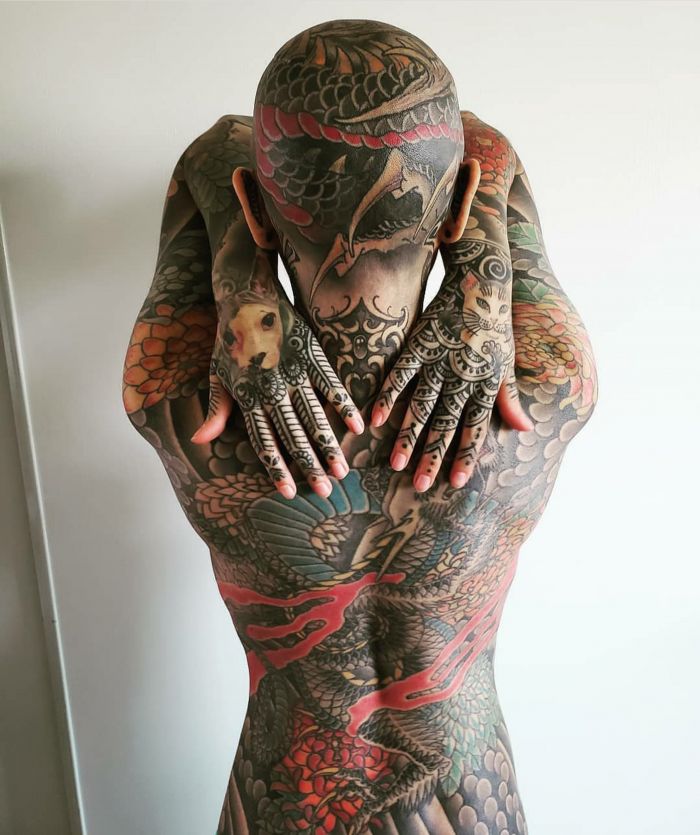 ‘A lot of times I let the man who tattoos me pick the art. I have ideas about what I want to get but usually, it’s what he chooses.’

Julia's workmates accept her the way she is and do not get bothered by her appearance.

Julia continued: ‘The people I work with are very accepting and look past it but I think some of my family have problems with how many tattoos I have.'

‘They weren’t surprised when I shaved my head to have my head tattooed but my mum doesn’t like face tattoos so I know she won’t be a fan when I have that done, but I feel like I have to do it.' 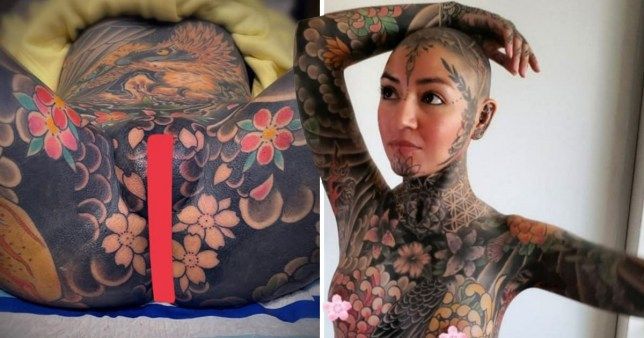 ‘People are fascinated and they do look at me, a lot of people want to touch them as well which can be unnerving when they do it without asking.'

‘It hasn’t made much of a difference in a romantic sense, some people are really into it and like me even more for my tattoos and others are put off but it’s what I want to do and it makes me happy, so I don’t worry too much about what other people think.’