Woman Tells Family To 'Go Back To Your Brown Country', Then Shamelessly Claims She Can't Be Racist Because She's Married To Black Man

Posted by Sama in Cringey On 27th July 2021
advertisement

Another day and another video of a white woman bullying and exhibiting racist behavior towards a Hispanic family. The video which has now gone viral and has been viewed more than a million times shows the woman shouting and screaming racist rants and even going as far as claiming that she can't be racist as she is married to a black man. 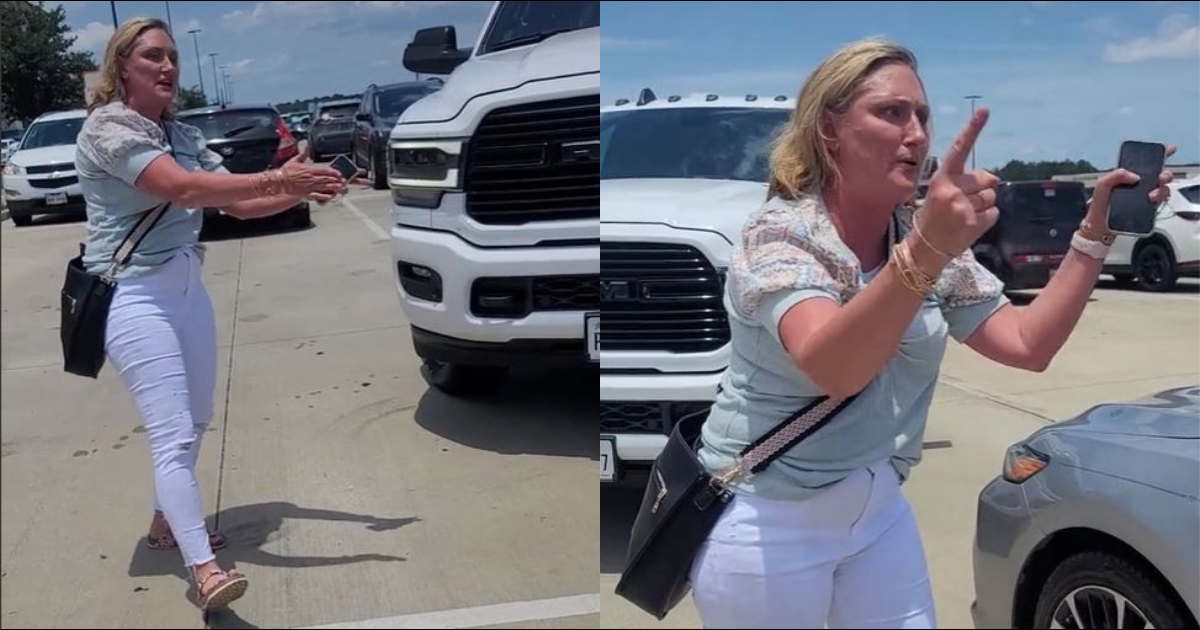 Recently, a TikTok video went viral on social media that showed a white woman crazily shouting and abusing a Hispanic family over a parking lot altercation and saying 'Go back to your brown country' before claiming she can't be racist because her husband is a Black man.

The video shared by @lilly_esmeralda showed the altercation between the woman and the couple in New Caney, Texas. The fight appears to be on damages to the woman's car. 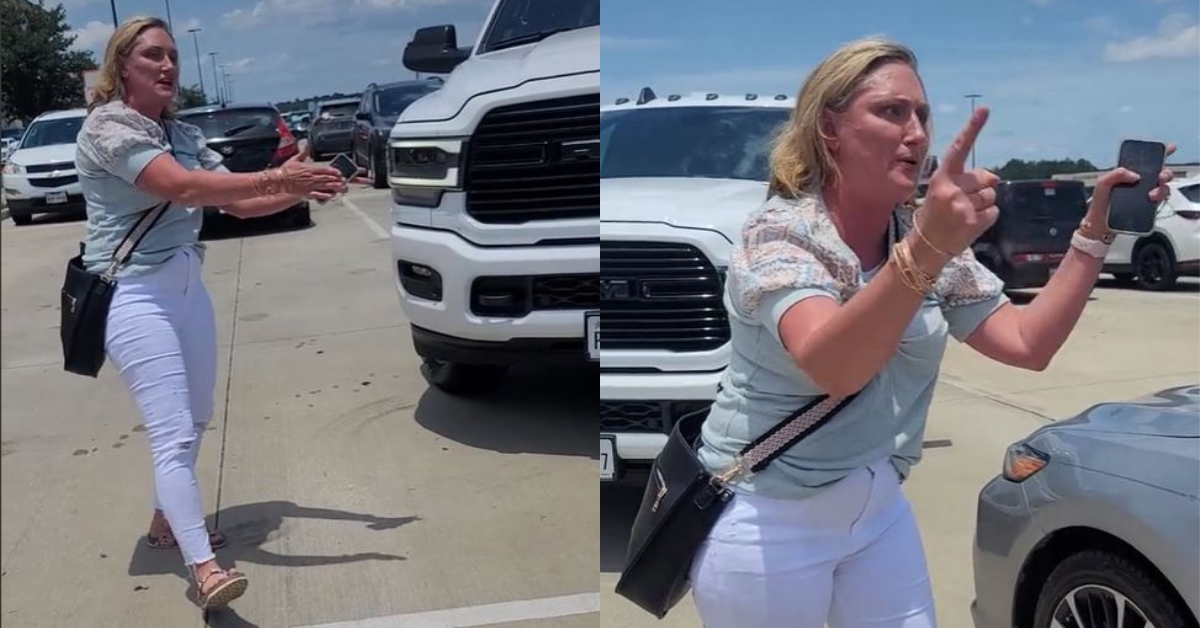 The fight begins with Esmeralda walking up to the woman and asking her what she was trying to get her husband to tell her.

"Your husband kicked my sh*t in, I didn't damage y'all's car."

In a matter of few moments, the discussion gets heated and rude words are exchanged with the white woman calling Esmeralda's husband a "pussy," the argument escalated to the woman slapping the phone out of her hand.

In the follow up videos, Esmeralda's husband explained that the woman in her large truck was about to hit their car multiple times, which prompted him to honk his horn.

The white woman continues to yell at the man for honing and saying she "knew what she was doing," and could see she was not going to hit their car because of the backup cameras.

"Before she walked off, she kicked [our] car."

"So I got mad and kicked her truck back. Which, I put a dent in it."

"From there she started asking for our insurance for the vehicle, and all that, which I told her we had."

The man says that the woman was continuously threatening him and with her tantrum, it looked like she was ready to hit him. That's when he called his wife and got back into his car.

In another explanation video, Esmeralda shared that her husband called to explain that the woman was threatening him and their child in the back of the car was afraid.

After Esmeralda was hit by the woman, she dropped her phone and backed away knowing she did a mistake in hitting her. Esmeralda was ready to strike back but a huge crowd stepped in to keep them away.

When the white woman tried to claim that Esmeralda hit her first, they explained that they got it on video.

"Go back to your brown country, b*tches."

When they called her out for being racist, she screamed:

Esmeralda says that she has pressed charges against the woman. 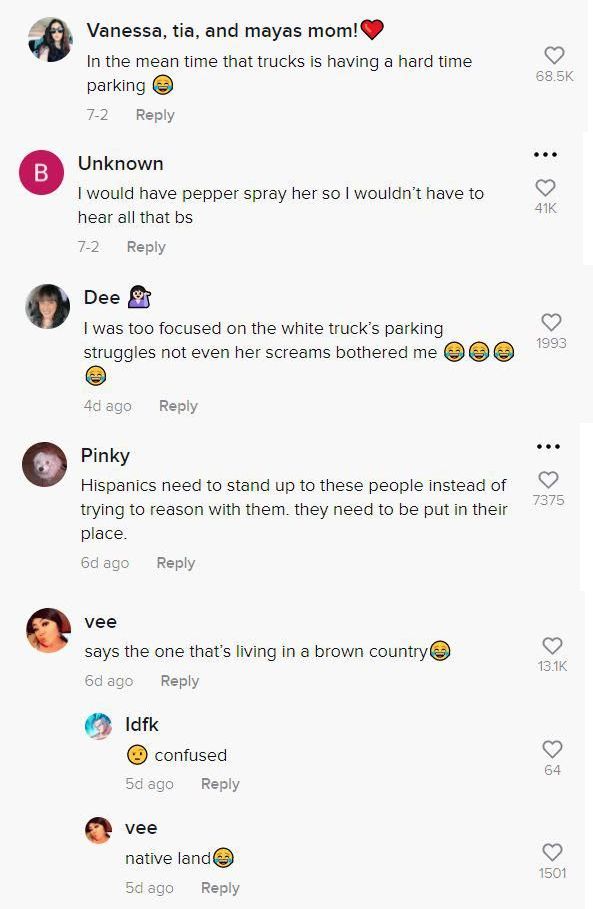 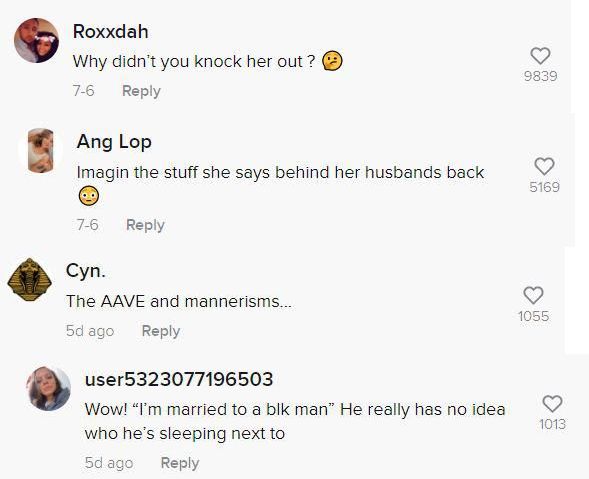