Posted by Sama in Bizarre On 5th December 2021
advertisement

Sharing one creepy experience with Apple Air Tags this woman is here to warn fellow women of possible tracking. Making a series of videos, @angel.edge95 shared how she received a notification upon landing at Boston's Logan Airport from Texas, en route to Maine, on her phone telling her there was an "unknown accessory detected near her." Upon further investigation, she found the main cause of these messages and how dangerous the overall situation can be especially for women if they are unaware. 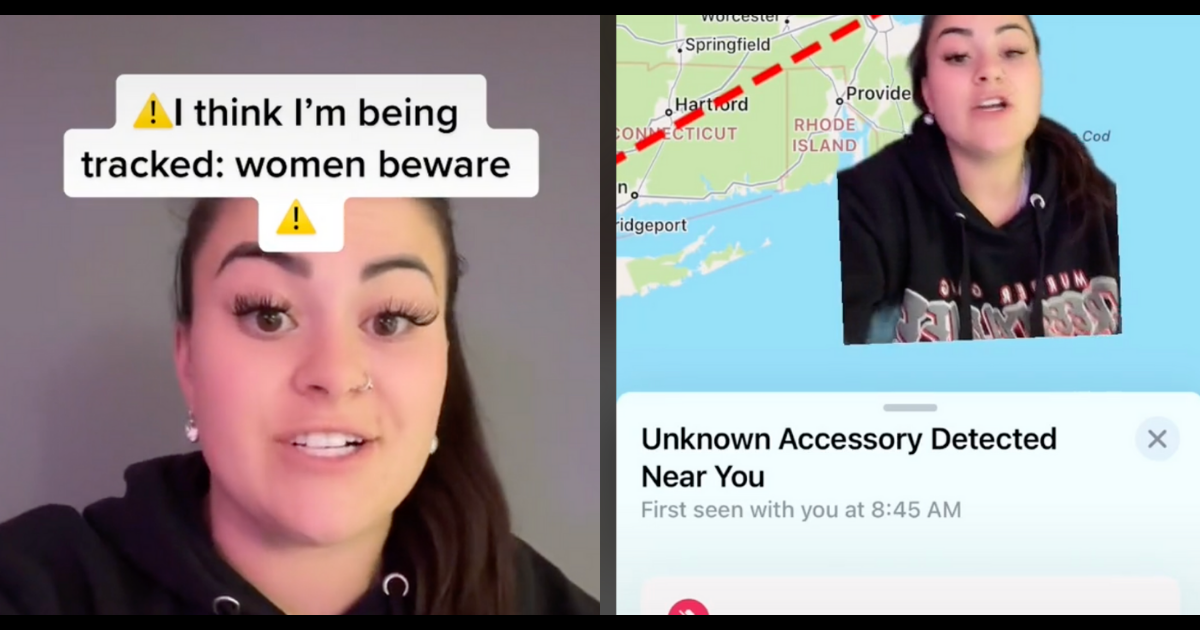 Only released a few months back, Apple Air Tags seems like a good solution to the everyday conundrum of misplacing your wallet, car keys, and other items.

A few inches in diameter, these miniature devices are placed on the above-mentioned items, allowing them to be tracked through the "Find My" app. 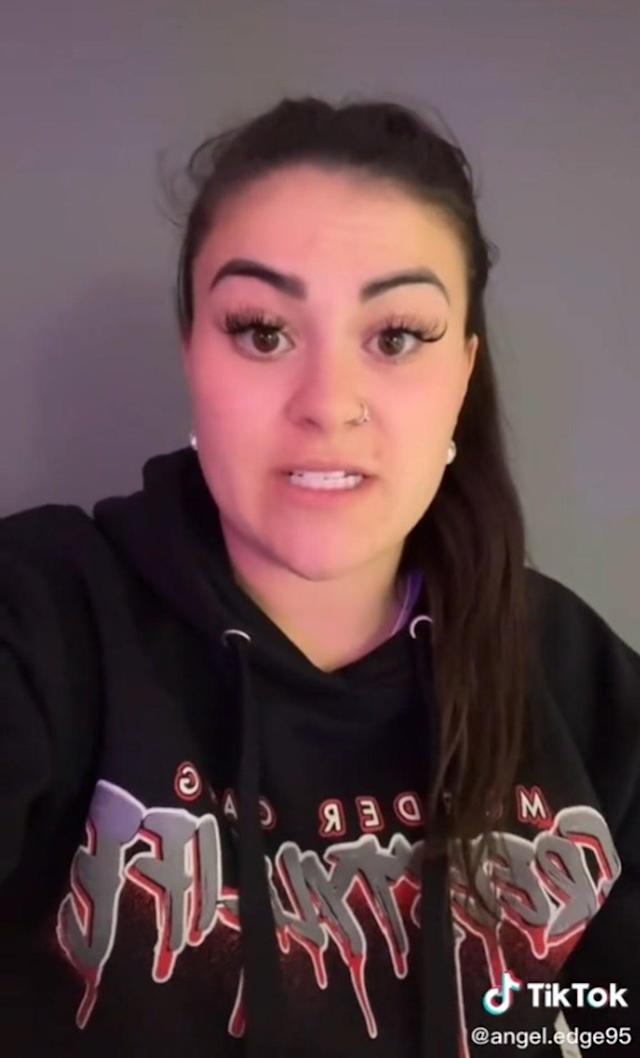 However, this miniature size makes it easy for them to be slipped into a stranger's bag or vehicle without anyone noticing.

This is exactly what happened to TikToker @angel.edge95, also known as "Biker Baddy" and she is here to share her experience. 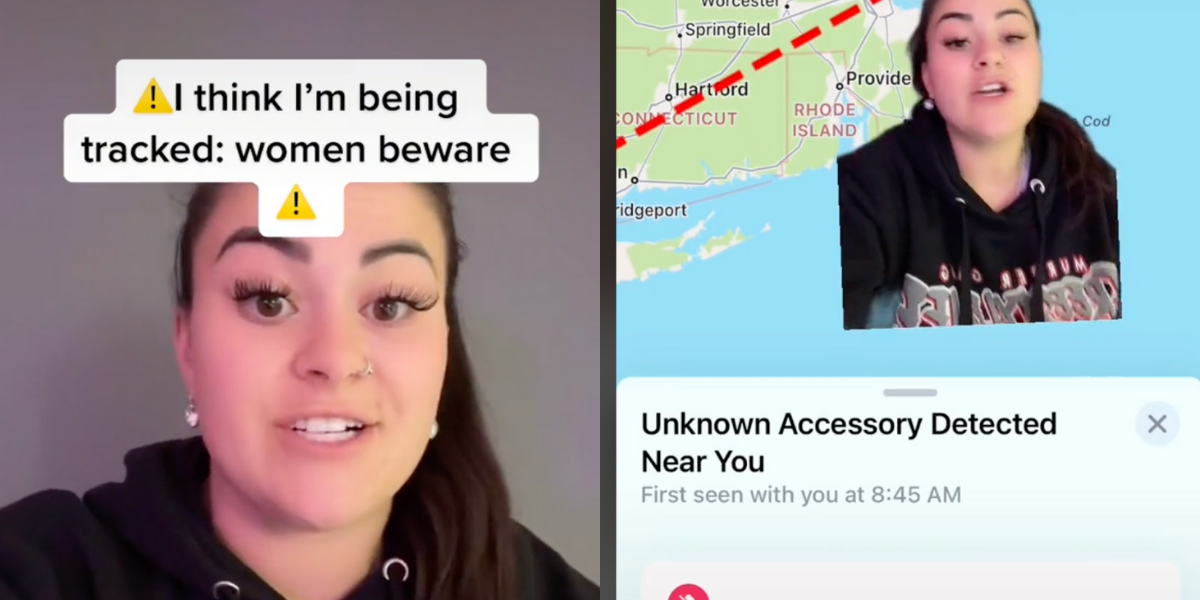 Sharing that she has heard that this has happened to others as well @angel.edge95 explained upon landing at Boston's Logan Airport from Texas, en route to Maine, she received a notification on her phone telling her there was an "unknown accessory detected near her."

"It basically said an unknown accessory is detected near me, and that it was first seen with me at 8:45 in the morning, when I was in Texas at Walmart on the other side of the country."

While @angel.edge95 added that there was actually no option to remove the device, she then proceeded to share a screenshot to share what happened when she attempted to do so, telling her the "Find My '' app was unavailable.

Reply to @ashroberts48 you can download ‘AirGuard’ for these notifications! ##staysafe ##MyAncestryStory ##airtag

Additionally, she pointed out some fine print at the bottom of the screen, barely visible to viewers, which warned anyone who felt their "safety was at risk" owing to the device in question should contact their local law enforcement.

And in order for them to disconnect the device, they would need its serial number.

@angel.edge95 then shared another screenshot of another and equally disturbing alert she received shortly thereafter, warning her the owner of the device tracking her could see her location.

The video then switches to a map then points out every time the user in question seemed to check her location.

"At this point I searched all of my belongings, everything I traveled with was in my vehicle at the time when I was in Texas, and I can't find a tracker." 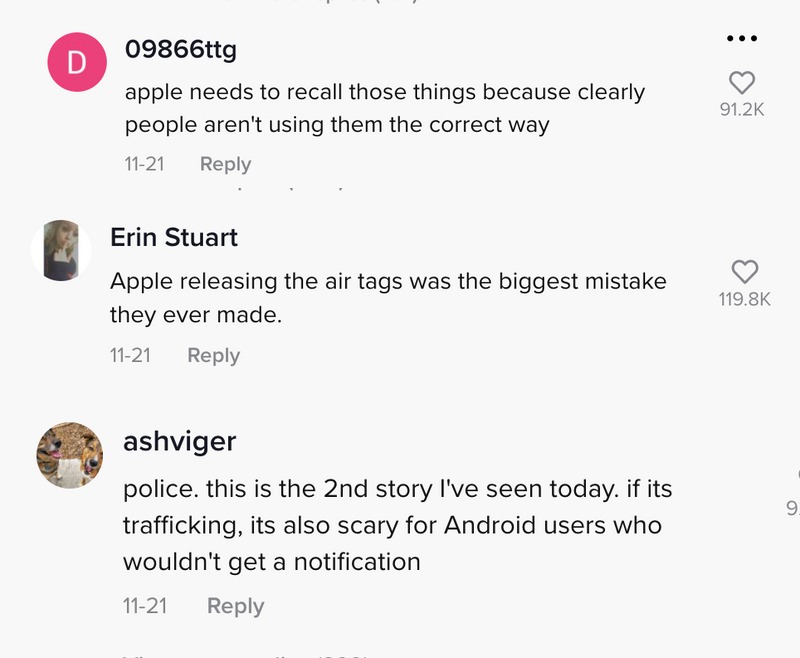 @angel.edge95 admitted that she had heard about similar stories with AirPods but the issue was that all those times she was receiving notification, she was not having her AirPods with her.

This prompted @angel.edge95 to shut off her location and Bluetooth services, hoping it would mark the end of this mysterious and unsettling experience.

However, the video then switches to another screenshot with another alarming notification that the owner of the device could see her current location, prompting @angel.edge95 to ask her TikTok Followers whether she should contact Apple or the police regarding this.

@angel.edge95 later gave a short update at the end of the video revealing after she posted some elements to this saga on her Instagram page, a friend of hers told her his younger sister had the exact same experience. 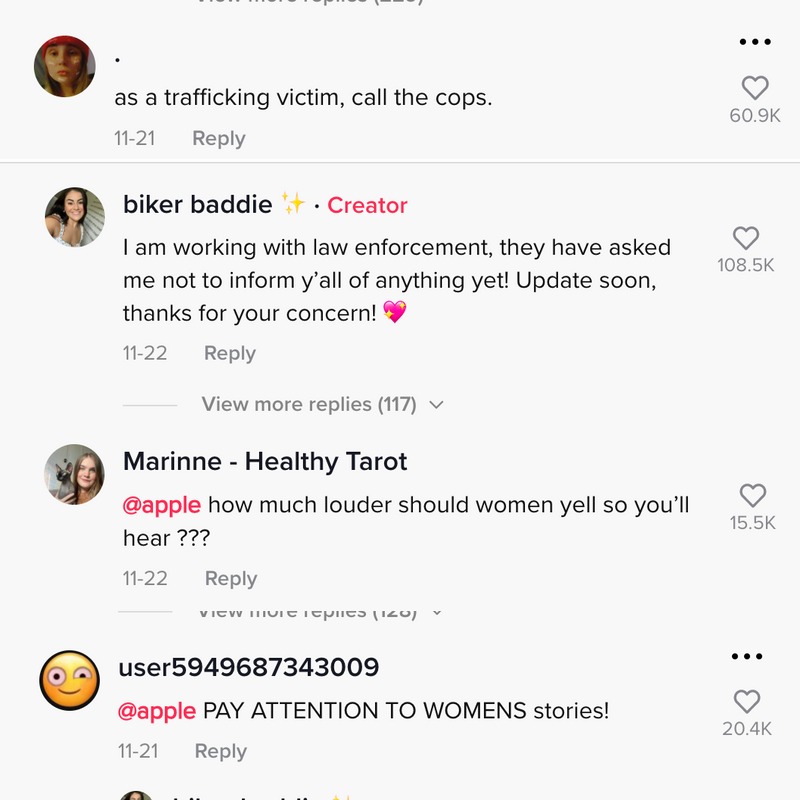 The sister of the friend later found that the cause of these notifications was apparently because of an Apple Air Tag, found under her license plate.

This prompted her to give a stern warning to all her viewers at the video's conclusion.

"I don't know if this is the new sex- trafficking method, but please look out for your loved ones, be extra careful and search your belongings if you get these notifications."

People in the comments section were left shocked by @angel.edge95's story, with several begging for Apple to recall Air Tags. 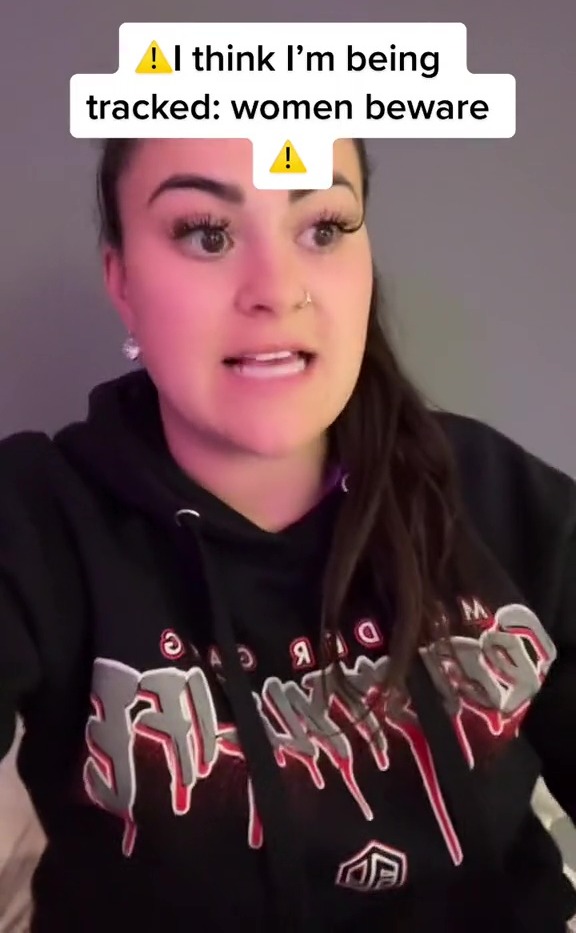 @angel.edge95 also shared that she has already contacted the police and would provide an update when she gets one and with that she soon posted an update.

She said that she is afraid the police found something in one of her bags in spite of them telling her to "carry on as normal."

So to take the precautionary measure, she also told viewers she was at a Walmart in Austin, Texas when this whole frightening saga began.

@angel.edge95 revealed the police did indeed find an Air Tag taped to the inside of her duffle bag and she hadn't received any further notifications since the Air tag was removed.

@angel.edge95 also used the video to educate Android users who wouldn't receive the same notifications and how they can handle such a situation by downloading an app called Air Guard. 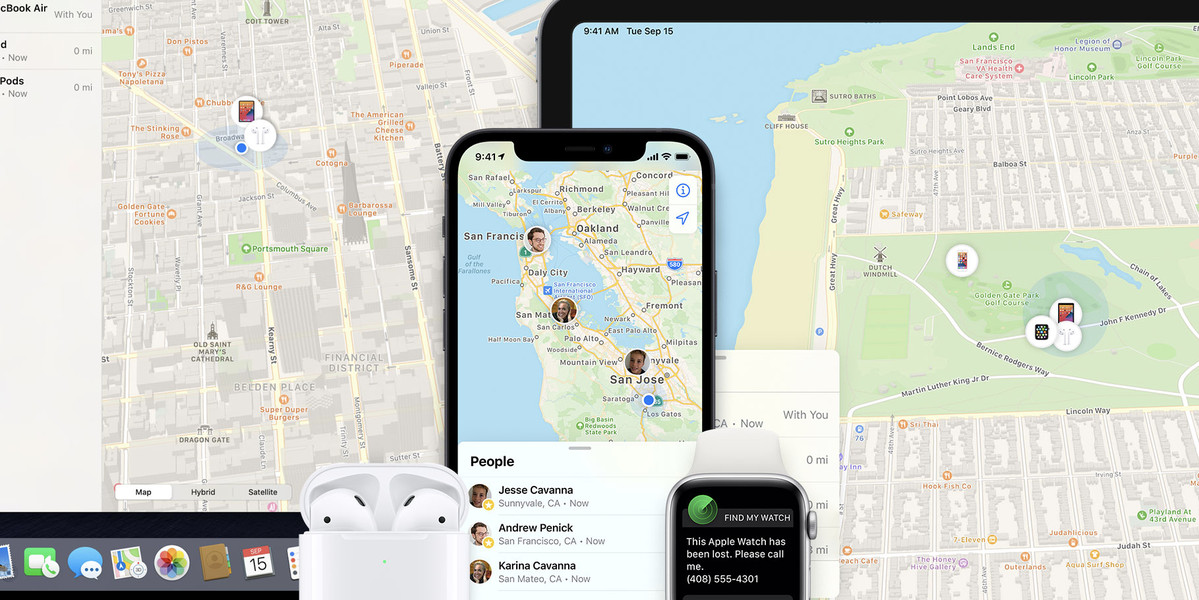 She also recommended that the iPhone users should try disconnecting their Airpods but if the notifications continue after doing so, they should start looking for Air Tags.

@angel.edge95 shared that many men and women came forward with similar scary experiences.

Seeing how these experiences are now common occurrences one is just left to wonder how much longer Apple Air Tags will be available for purchase. 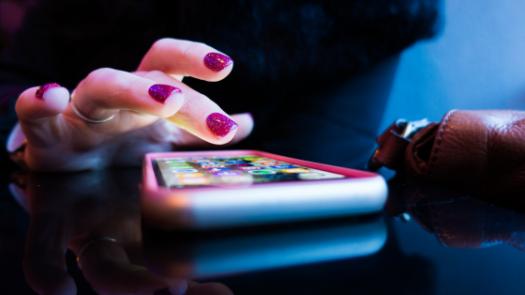