Another video of a woman abusing her white privilege to falsely accuse an innocent black teenager has been doing rounds on social media. Under much criticism and outrage by the public, the New York police department has finally arrested the woman though details on what charges the lady is arrested are still not clear. 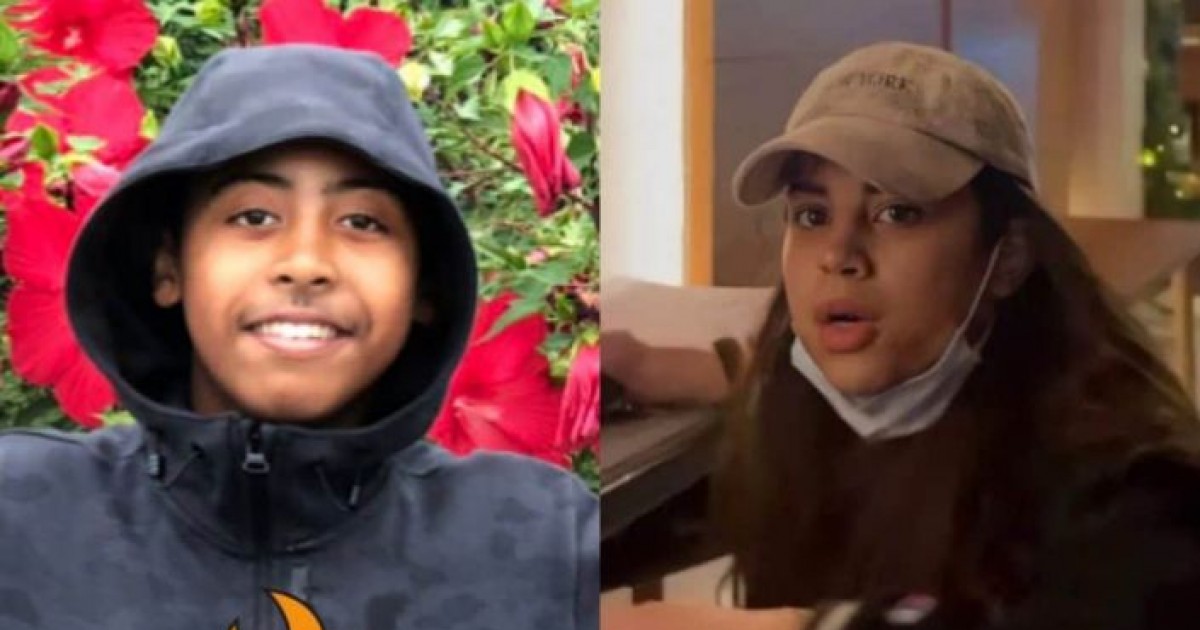 Miya Ponsetto, 22 got arrested by police in California after a video of her tackling a black teenager in the lobby of a boutique hotel in SoHo after falsely accusing him of stealing her cellphone surfaced.

New York Police department confirmed the news of the woman's arrest by the sheriff’s deputies in Ventura County, Calif. 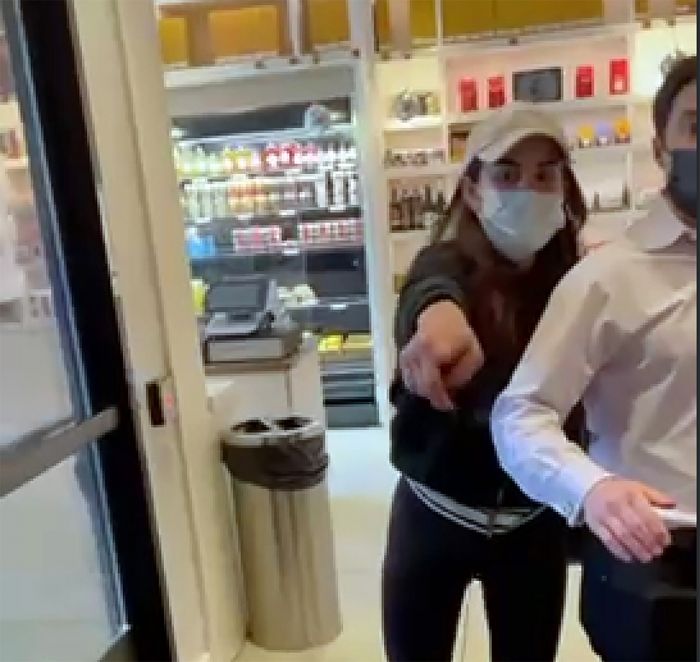 The arrest comes a week after New York police faced increasing pressure and criticism for not making the move. The New York ploce then specifically traveled to California to investigate the lady.

The incident took place on December 26. Though it is not clear that what charges have been pressed against the woman as the prosecutors have refused to comment on the case, noting on Thursday that charges had not been filed. 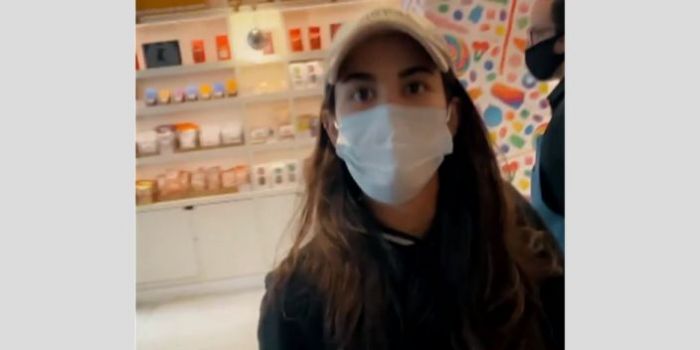 The incident is a stark example of how people of white privilege go about accusing innocent black people in their daily lives. In this instance, the victim is a teenager and not ignoring the fact that the emotional trauma the kid must have gone through after being falsely accused of stealing and then humiliated and manhandled in front of so many people. This incident reminds us of one that happened back in May at Central Park when a white woman called 911 and falsely accused a birdwatcher, a black man threatening her life.

The video of this happening was filmed by Keyon Harrold, a prominent jazz musician, who was staying at the Arlo hotel with his 14-year-old son, Keyon Harrold, Jr.

In the video, the woman can be seen confronting Mr. Harrold and claiming without any evidence that his son has stolen her phone. She then asks the manager to help her. The manager then asked Mr. Harrold to produce the phone to verify the lady's claim.

A surveillance video clip released last week shows, Miya Ponsetto running after Keyon Harrold and tackling him on the floor. Mr. Harrold claims that the lady tried to through Keyon's pockets. 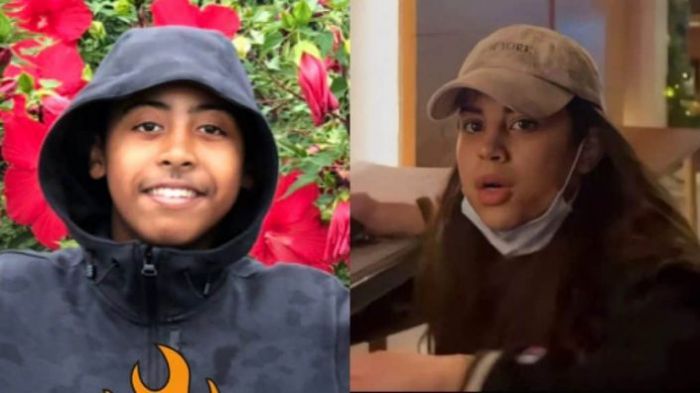 In an interview with “CBS This Morning” that happened before the official police investigation, Miya Ponsetto agrees that she did not handle the situation well.

“I could have approached the situation differently or maybe not yelled at him like that and made him feel, you know, maybe some sort of inferior way,” Miya Ponsetto told CBS’s, Gayle King. The interview aired on Friday morning.

She further says that her intentions were not racially motivated instead she is just a 22-year old woman who handled the situation wrongly.

She also admits that the surveillance video shows her attacking Keyon. Though she did not apologize directly but takes responsibility for her actions, regretting if she had made Keyon “feel as if I assaulted him, or if I hurt his feelings or the father’s feelings.” 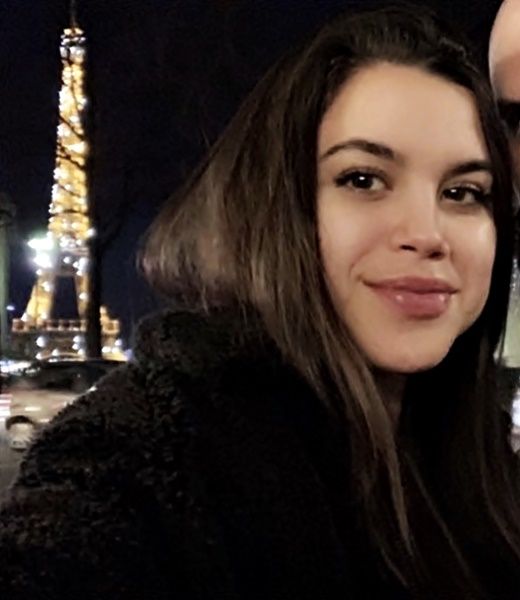 Even during her interview, Miya Ponsetto appeared agitated when she was pressed to take responsibility for her actions. At one point she raised her hand towards the camera, saying, “All right, Gayle, enough.”

It was at this point that her lawyer leaned in her and asked her to stop, whispering: “No, stop. Stop.”

Capt. Eric Buschow of the Ventura County Sheriff’s Office said that Ms. Ponsetto had been arrested in Piru, Calif., a small town about 45 miles northwest of downtown Los Angeles where she has been living. 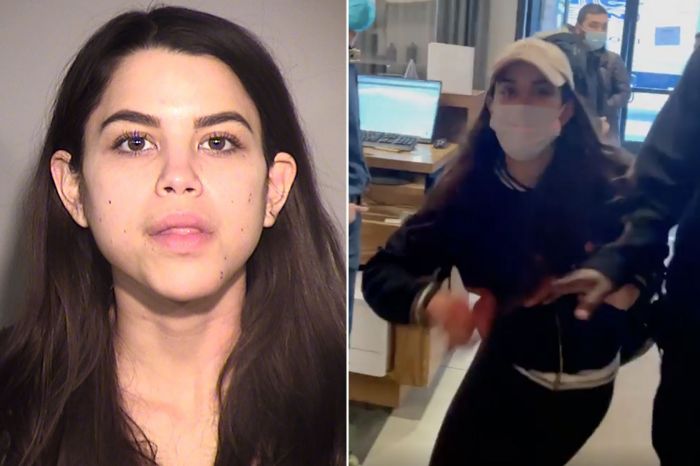 Ever since the video emerged on social media, Miya Ponsetto has been under public scrutiny and criticism pressing law officials and authorities to arrest her. According to public records, Miya Ponsetto has criminal charges in California though unrelated to the recent case. These charges include a lewd conduct charge in Los Angeles County involving an incident in February and a charge of driving while intoxicated in Ventura County following an incident in October.

In an interview with the New York Times, Miya Ponsetto's lawyer said that Ms. Ponsetto regrets her conduct of actions and was seeking to apologize to Mr. Harrold and his family. Her lawyer Ms. Ghatan further added that she did not target Keyon on a racial basis as she herself is of Puerto Rican and Vietnamese descent and does not identify as white.