Woman Who Was Unaware Of Pregnancy Gives Birth On Flight With Help From Nurses, Doctor

On a Delta Airlines flight, a woman who had no idea she was pregnant gave birth to a baby boy. According to a news release from Hawaii Pacific Health, Lavinia "Lavi" Mounga was traveling from Salt Lake City to Honolulu on Wednesday when she gave birth to her son Raymond at the age of 29 weeks. 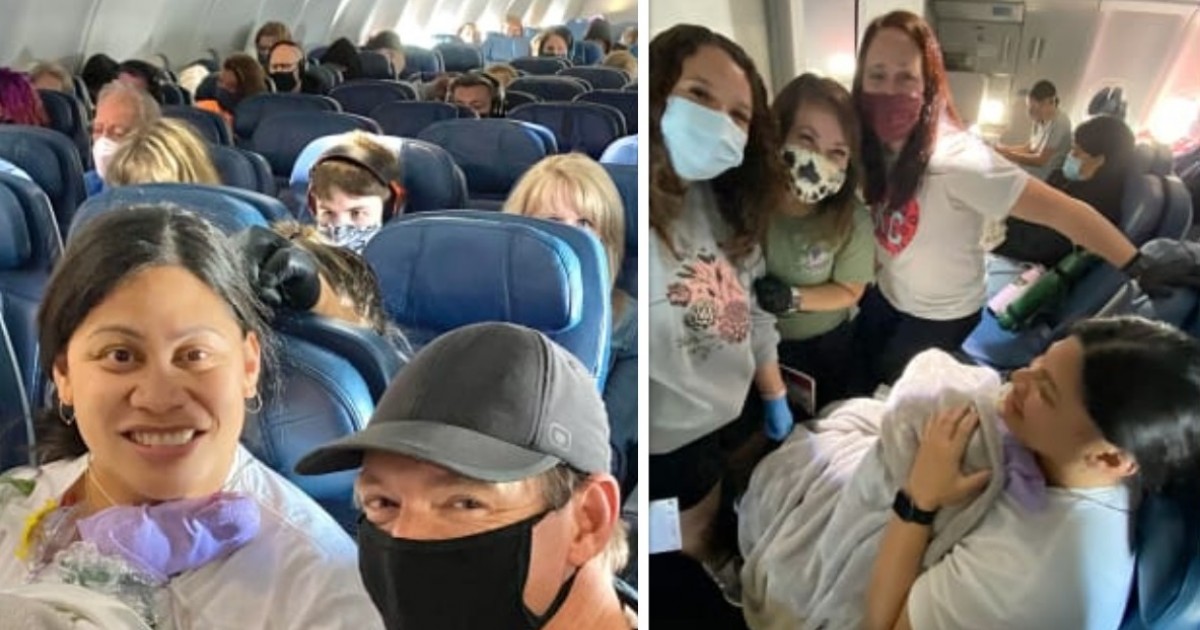 Last week's flight to Hawaii was full of surprises, beginning with the birth of a baby to a woman who had no idea she was pregnant.

Not only was there a doctor onboard the Salt Lake City-Honolulu flight, but there were also three neonatal intensive care nurses, all of whom went to work right away.

"About halfway through the flight, there was an emergency call, and I've experienced this before and usually they're pretty clear asking if there is a doctor on board," Hawaii Pacific Health family medicine physician Dr. Dale Glenn said in a news release from the hospital system. "This call was not like this and it was fairly urgent. I let the flight attendant know that I'm a physician and she said we have a woman having a baby, so I hurried over to see what I could do."

According to a news release from Hawaii Pacific Health, three NICU nurses from North Kansas City Hospital in Missouri have jumped into action.

"I went to see what was going on and see her there holding a baby in her hands, and it's little," said nurse Lani Bamfield.

Lavinia "Lavi" Mounga, the mother, had unexpectedly given birth to a baby boy, Raymond, while on her way to a family vacation. He was born at the age of 29 weeks.

"I just didn't know I was pregnant, and then (Raymond) just came out of nowhere," Mounga told Hawaii Pacific Health.

Glenn, Bamfield, and fellow nurses Amanda Beeding and Mimi Ho looked after Mounga and her baby for the rest of the Delta flight. The team used what they had on hand to keep the baby healthy for three hours before the plane arrived.

Given the lack of the normal equipment needed to assist with premature birth, Glenn relied on wilderness training to assist with the birth, according to the release. He and the nurses tied the umbilical cord with shoelaces and made baby warmers out of microwaved bottles.

They had to use an Apple Watch to check the baby's heart rate at one point because they didn't have any other equipment, according to the news release.

Medical response teams assisted in getting mother and baby to Kapiolani Medical Center for Women and Children as soon as the plane landed in Honolulu.

"I don't know how a patient gets so lucky as to have three neonatal intensive care nurses onboard the same flight when she is in emergency labor, but that was the situation we were in," Glenn said. "The great thing about this was the teamwork. Everybody jumped in together and everyone helped out."