The Colombian woman who disappeared two years back was miraculously discovered alive floating at the sea. The video of her rescue has been posted online and the footage of her strange rescue has gone viral on the Internet since then.

The miracle woman's first words after being rescued were, “I was born again. God did not want me to die.” 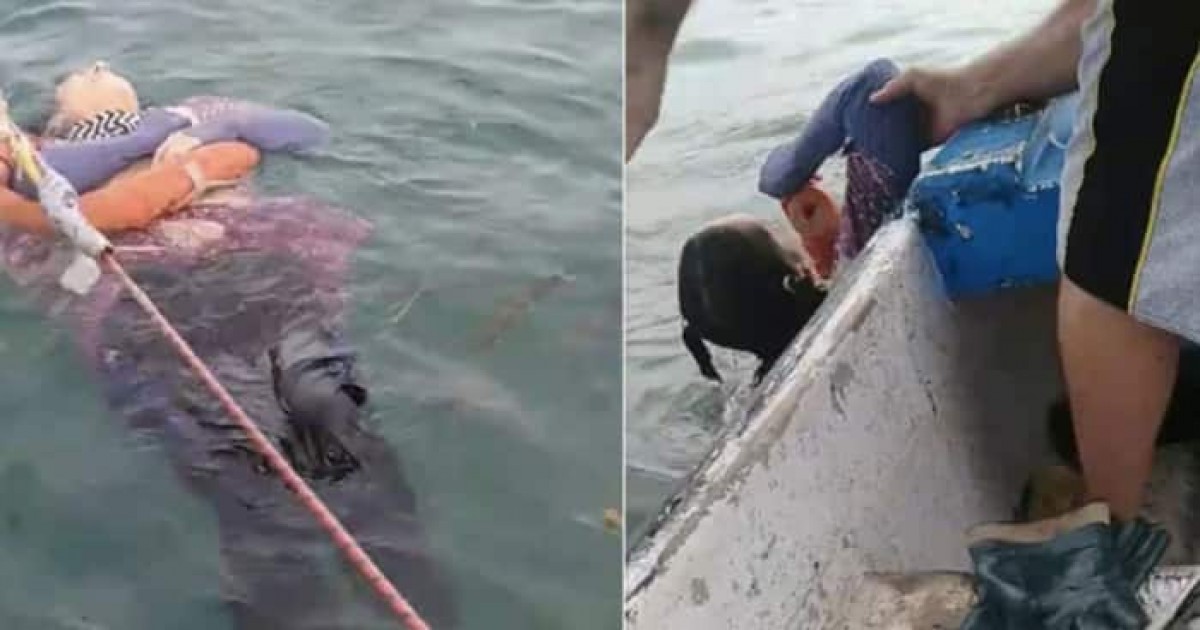 In a dramatic turn of events, this Colombian woman who had fallen off the grid two years back was miraculously discovered by flabbergasted fishermen. Video of her shocking rescue has gone viral on the Internet now.

“Thank God I was alive,” said Angelica Gaitan, 46, who was found Saturday by Roland Visbal while floating 1.2 miles off Puerto Colombia. 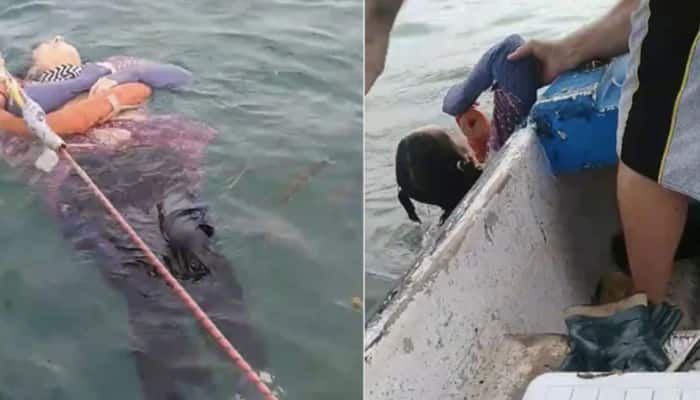 In a shocking video shot by a man, Visbal and a friend named Gustavo were seen maneuvering their vessel towards the floating woman, who appears unconscious. As reported by Sun, they mistook Gaitan for a piece of driftwood until the woman raised her hands asking for help.

The men are heard in the clip trying to get the waterlogged woman’s attention by calling out in both Spanish and English. But, Gaitan is unable to reply, with subsequent reports stating that she suffered from exhaustion and hypothermia, having been adrift for eight hours. 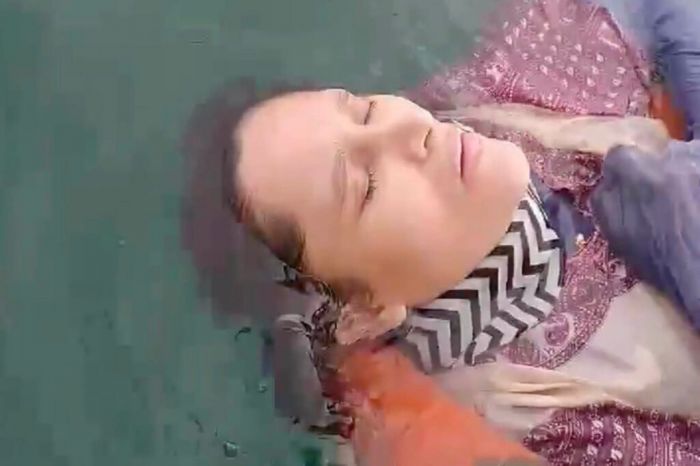 Finally, the duo managed with some difficulty to retrieve the castaway from the water using a rope attached to a life preserver they had thrown to her. The Sun reported that the victim’s first words after being rescued were, “I was born again. God did not want me to die.”

After her harrowing rescue, Gaitan broke down into tears not able to overcome her emotions during this time.

Fortunately, the heroic fishermen managed to bring the survivor to shore, where she was reportedly tended to by kind locals before being taken to the hospital. 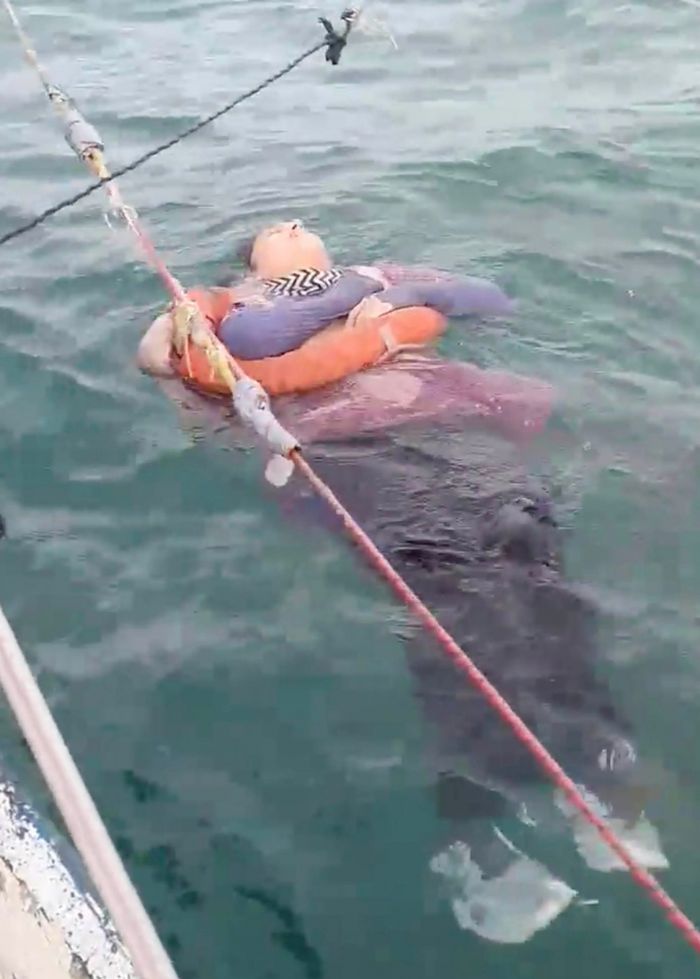 After Gaitan came to her senses, her frightening story came to light. As it turns out, the drifter had fallen out of touch with her family two years ago, and they had no idea where she was until now.

The distraught woman told RCN radio the gutwrenching predicament was a result of 20 years of domestic abuse which she was suffering at her partner's hands.

“The abuse began in the first pregnancy. He beat me, he violently abused me,” Gaitan revealed in the heartbreaking interview. “In my second pregnancy, the abuse continued and I could not get away from him because the girls were small.” 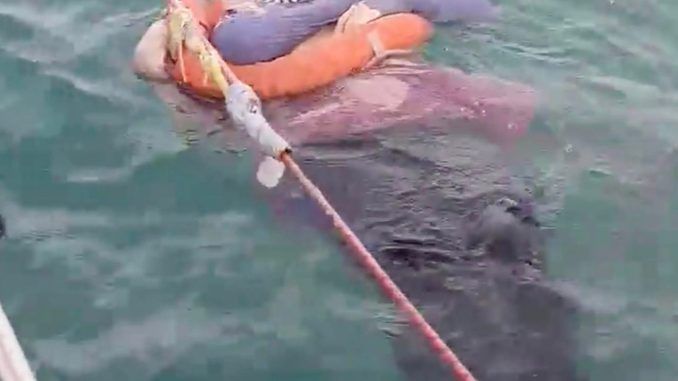 Unfortunately, for Gaitan even though she reported the domestic abuse multiple times to the Police but they only detained her partner for 24 hours after which he would return home and resume assaulting her, reported the Mirror.

The tipping point came in September 2018 when, according to Gaitan, her partner “broke my face and tried to kill me.” Unable to stomach her situation any longer, the distraught woman ran away and ended up staying in Barranquilla for six months. An eventual attempt to seek help at a homeless shelter failed and she fell into a deep depression.

“I did not want to continue with my life,” said Gaitan, who later took a bus to the beach and “decided to jump into the sea.” The survivor said she remembers little after that point since she became unconscious. 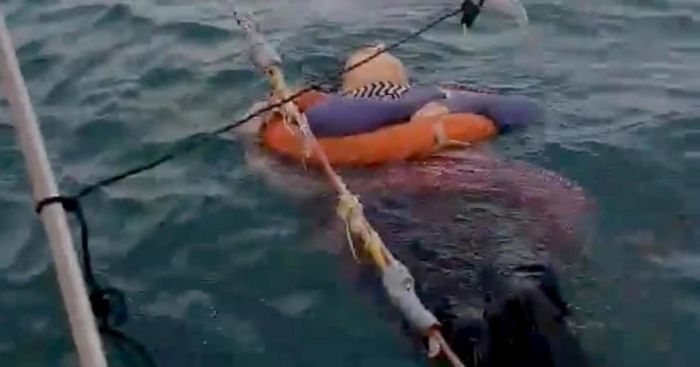 The Police are now investigating the mysterious circumstances around which Gaitan disappeared and she was rescued.

Local media have since located Gaitan’s daughter, Alejandra Castiblanco, who along with her sister is raising money to move Gaitan to their home in Bogotá.