Posted by Zainab Pervez in News On 28th July 2021
ADVERTISEMENT

Beachgoers in Odessa, Ukraine were bewildered by a woman showing off her tattoos of Adolf Hitler and a swastika. 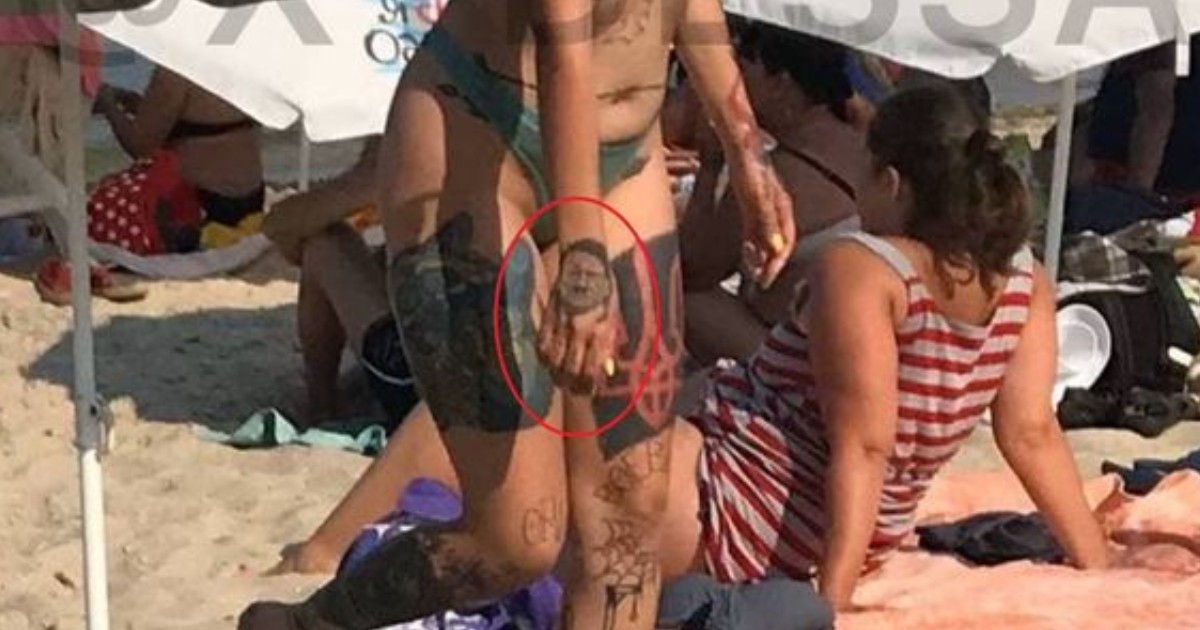 A woman horrified beachgoers at the Black Sea resort of Odessa, Ukraine, last week when she stripped off to reveal an Adolf Hitler tattoo on her hand and a large swastika inked on her right butt cheek. 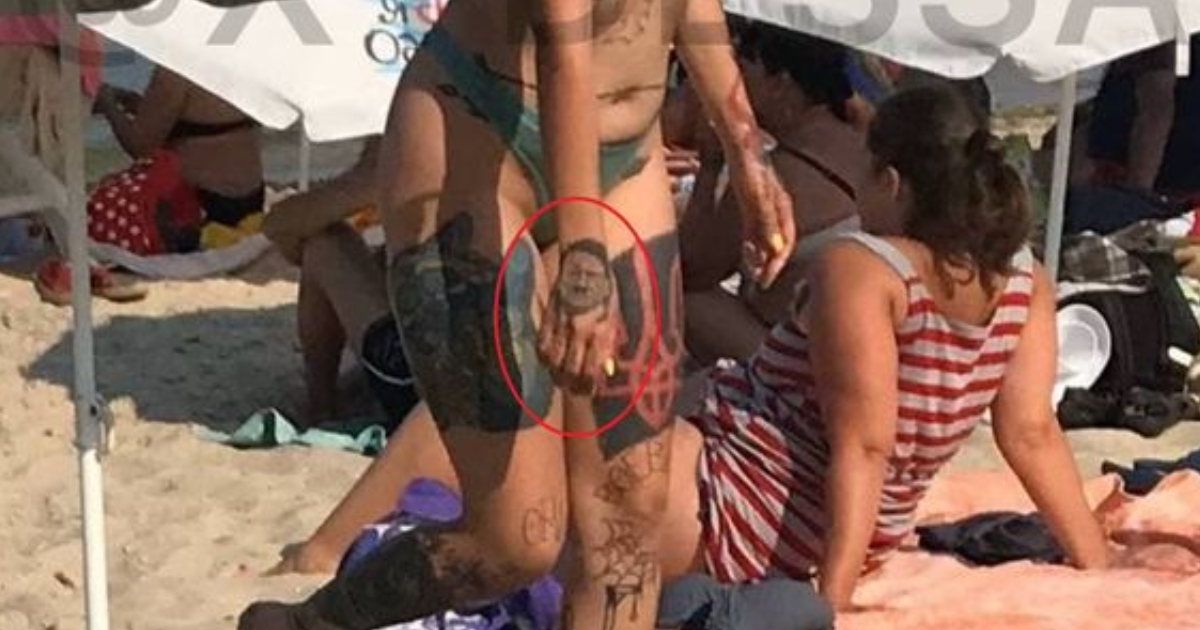 Onlookers could not keep themselves from ogling at the unnamed woman with some people having made no effort to conceal their disapproval of the images inked on her body. Jaws dropped as she paced through the scattered beach umbrellas in her blue thong bottom and red bikini top with the swastika clearly in sight on her right buttock. 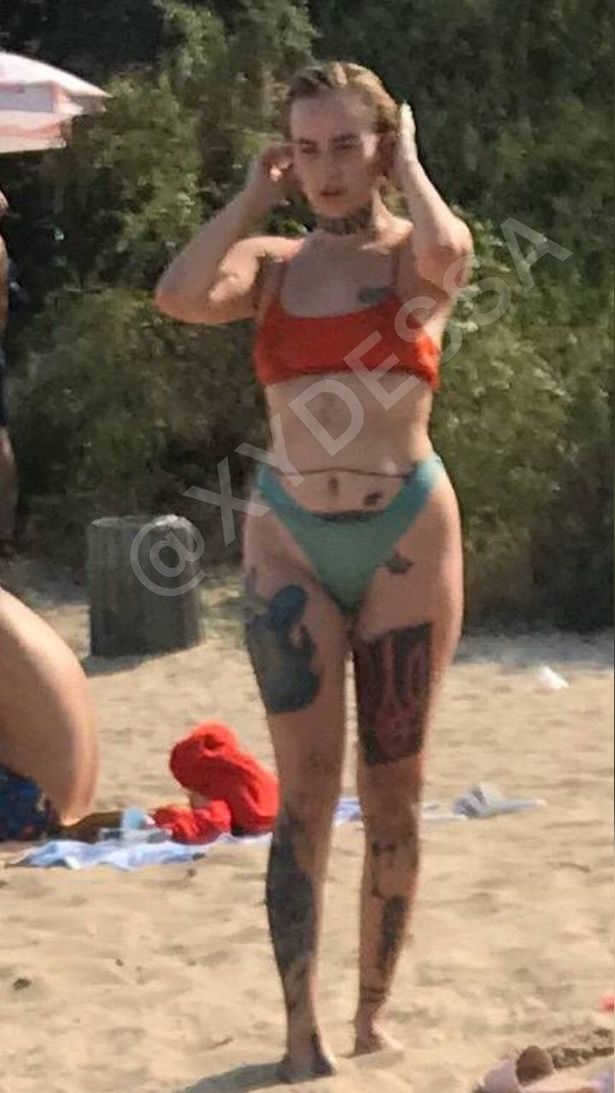 Pictures of the unnamed beachgoer have been anonymously posted online.

A portrait of Adolf Hitler is seen to be applied on the skin of her right hand.

''Like everyone else, my jaw dropped when I saw the girl’s choice of inks," an onlooker said.

According to witnesses, the tattooed woman had to withdraw from the beach quite soon after her arrival as other beachgoers began to express disapproval of the images.

She left the place, possibly leaving many to muse on the idea of her another tattoo that was inked above her crotch and almost fully hidden behind her swim thong. 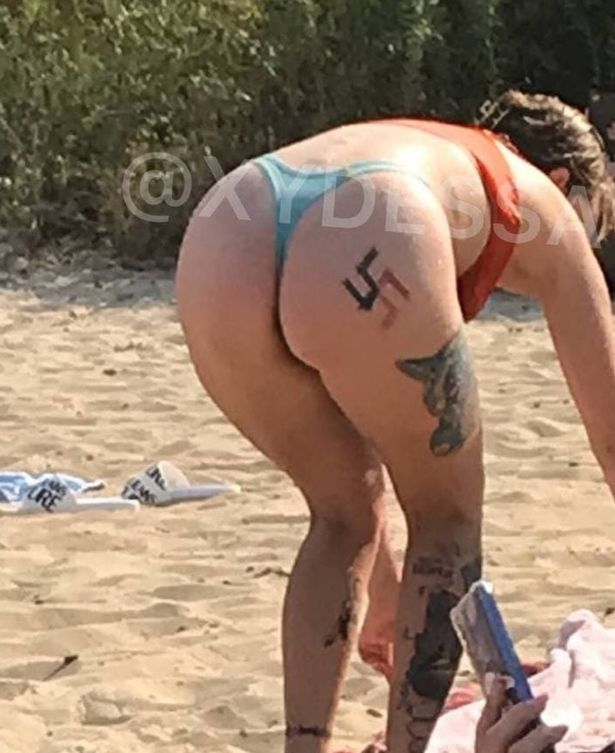 Police have not commented on the incident which was condemned by internet users.

Social media user Poshla said: ''I don't want to lose hope that she is a fan of Karlsson and that this is just a failed drawing of his propeller.''

While Edik Kononenko summed up: ''If she wanted to draw attention to her bum, she succeeded.''

Last month a court was told that a neo-Nazi had a swastika tattooed on his testicles. 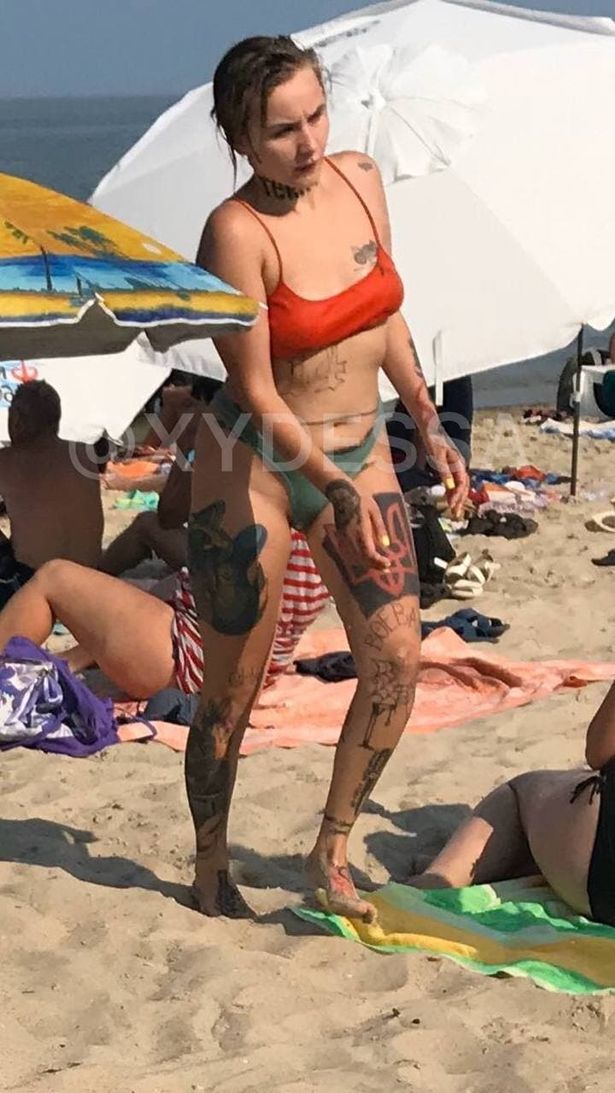 The 29-year-old, from Sankt Veit an der Glan, Austria, claimed he got drunk and asked his brother to ink the banned symbol onto his scrotum.

After his arrest, police also discovered photos of the man posing in front of Nazi memorabilia at the Bunkermuseum Wurzenpass and an illegal firearm.

The court was told how, on the night of the bizarre incident, he necked nearly two bottles of whiskey before letting his brother loose on his testicles.

He reportedly shared an image of the work online and showed army colleagues when he was hammered.

The defendant, who could not be named due to local privacy laws in Austria, was previously banged up for two years for ABH after a fight at a festival in his hometown. 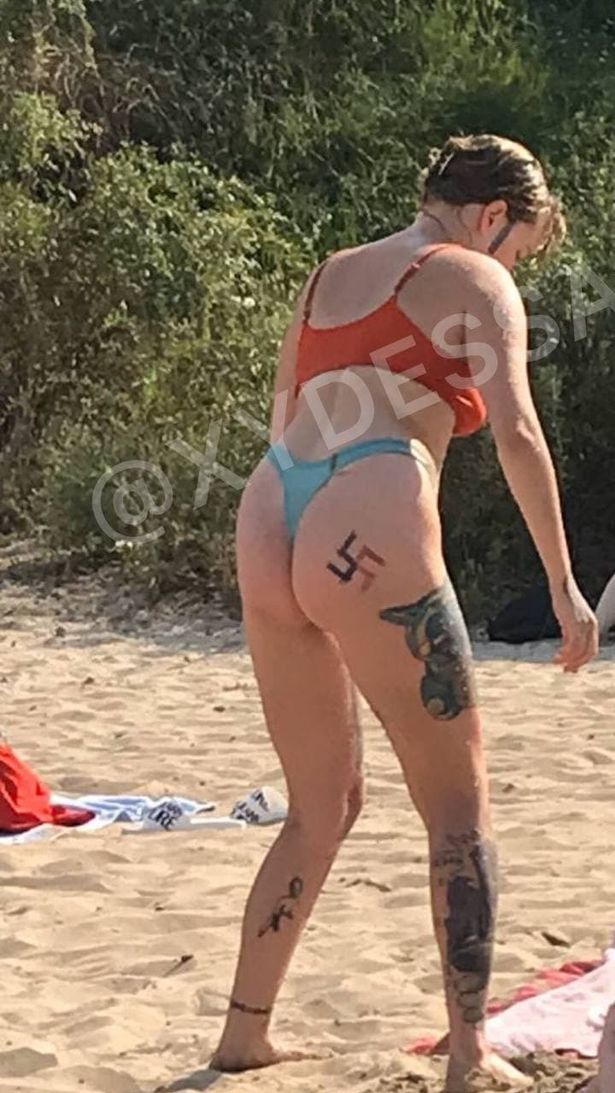 During his trial, the man claimed he was "sorry" and "embarrassed" by his past conduct.

"I just got in with bad company," he told the court.

"For us, anything that wasn't allowed was something we gravitated towards, but we all underestimated enormously how much a mistake this was."