Body hair has always been regarded as a male trait. Beauty standards for females have been decided differently and generations by generations these standards and rules are followed religiously by people. This societal dictate that women must be smooth, hairless, and delicate has been narrated by generations now. But some women are now set to challenge this mindset of female beauty with their body hairs specifically their beards.

Female body hair, however, is much more common than society and the media leads us to believe. In fact, approximately forty percent of all women grow facial hair. Unfortunately, the stigma surrounding female facial hair is damaging.

One survey reveals of one thousand women, thirty percent of women with unwanted facial hair suffer from clinical depression. 25 percent of them believe it has held them back from a promotion, and more than forty percent of them say it has affected their ability to form relationships.

Women now want to take back their power and defy these superficial beauty standards by rejecting traditional female beauty standards and embracing the hair that grows naturally on their bodies. 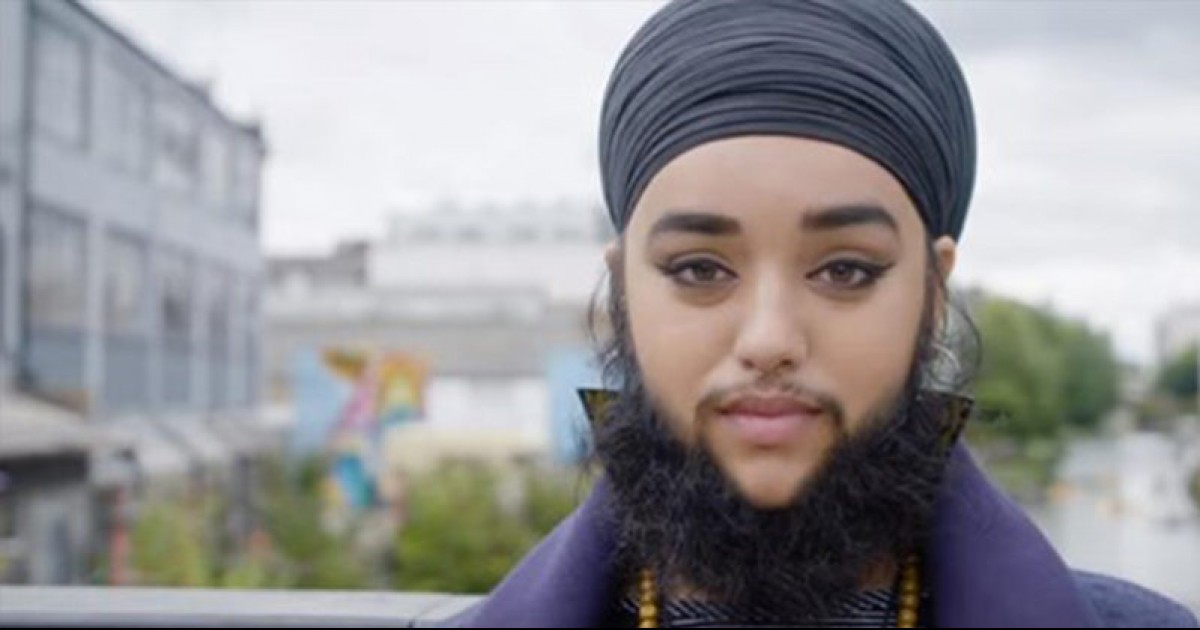 Kaur is a model, Instagram celebrity, and life coach. She suffered from Polycystic  Ovarian Syndrome (PCOS) which suffers millions of women globally. One common symptom of PCOS is hirsutism, a condition characterized by excessive facial hair growth. 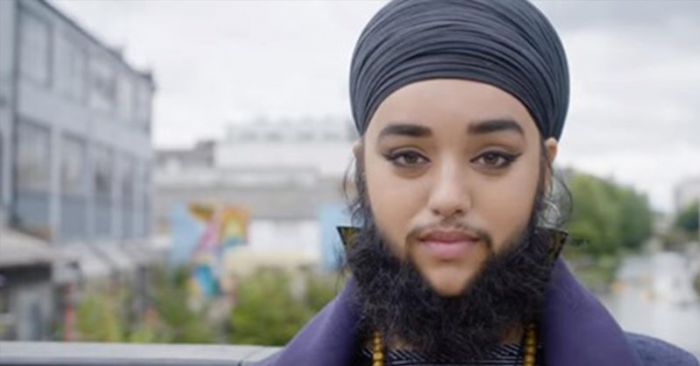 Growing up, Kaur has been a victim of relentless bullying by other kids. Now Kaur is a successful woman. She became the first bearded woman to walk in London Fashion Week in March 2016 and was also featured in the Guinness Book of Records for being the youngest woman to have a full-grown beard.

Scars show that we went through something hard and we survived! They add to our story- they add value! But that doesn’t mean we need to go through pain in order to have a successful life. We all deserve a love that doesn’t involve being broken and abused first! God knows I struggle, I struggle so damn hard. I am tired of going through everyday pain that this world throws at me and convincing myself that it’s all a lesson- we all deserve a break sometimes! This world will make you want to change, it will make you feel like you’re not enough. Not good enough, not skinny enough, not pretty enough, not tall enough, not fair enough, not handsome enough....aahhhh I can go on! Your power comes from within, it comes from the whole damn human that you are! It comes from the light that resides within, and it comes from you standing up and owning who you truly are- fuck the world! I’ve been facing my demons recently and now they just bloody chill with me 😂 📸 @djqueene 💄 @nadia_persian

Kaur is a bearded woman who is proud of her facial hair. She is now a spokesperson and representative for the “Eff Your Beauty Standards” campaign, launched by plus-sized model Tess Holliday. The campaign advocates and pushes for greater acceptance of diverse body types.

“My diverse body has shaped me as a person. Most importantly, with or without my beard, I am still powerful,” Harnaam said in an interview. “I love my body and the way that she has formed, now I am here to help show others that they can love and cherish their bodies too.”

In some cases, hirsutism is caused by a process called virilization. Women with this condition have characteristics that we commonly associate with male hormones. Other signs of virilization might include:

Sex on the beach and Italian cuisine !!!! My favourite two things on earth!!! 🥰 Thank you @davincicalahonda for hosting us!

Hirsutism is very common and affects five and ten percent of women. According to a paper published in the Indian Journal of Dermatology, the main cause of hirsutism is hyperandrogenism, which is when a woman has excessive levels of the male sex hormone, testosterone

Hyperandrogenism is caused by the disease of the ovaries, the adrenal gland, or the pituitary gland can cause hyperandrogenism. Obesity and metabolic syndrome may also cause the condition, as well as certain medications

In some cases, hirsutism also runs in the family. If a woman’s mother, sister, or other female relative has the condition, she has a greater likelihood of having it as well. Women from Meditteranean regions, South Asia, and the Middle East are also more likely to develop hirsutism

PCOS accounts for three out of four cases of hirsutism. PCOS is a very common hormonal disorder in women. It may cause women to have prolonged menstrual periods or excess levels of male hormones. The ovaries may also develop a number of small follicles that fail to regularly release eggs.

While the reason behind PCOS still confuses health experts, early diagnoses and timely treatment can help prevent the long term complications of this disease like heart conditions or even diabetes.

While PCOS is the most common cause of hirsutism, there are other reasons it could develop. They include:

Cushing Syndrome: when medications (for example, prednisone) cause your adrenal glands to make too much of the hormone cortisol.

Congenital adrenal hyperplasia: when your adrenal glands produce abnormal amounts of steroid hormones including cortisol and androgen. This is an inherited condition.

Tumors: on very rare occasions, an androgen-secreting tumor in the ovaries or adrenal glands can cause hirsutism.

Medications: Medications such as minoxidil, danazol, testosterone, dehydroepiandrosterone (DHEA) can cause the condition. If your partner uses topical products that contain androgens, you can be affected as well through skin-on-skin contact

Kaur is not the only woman who is challenging society's perception of female beauty.

Sophia Hadjipanteli and Scarlett Costello are both advocates for the #unibrowmovement. Other women like Nova Galaxia, Shelly Riner, Little Bear Schwarz, J.D. Samson, and Femina Flower are also sporting their facial and body hair proudly for all to see.

“Women shouldn’t have to shave if they choose not to, but what about those of us who have way more hair than what is considered socially acceptable?” Nova Galaxia wrote in a blog post. “What about us women with dark, thick tummy and chest hair? What about us women who are fully capable of growing a big, bushy beard?”

Over the past few years, she has seen women shifting their ideas of female beauty standards and are embracing the idea of their body and their choice.

“I believe that more and more women are beginning to realise and understand their worth,” she says. “There has been such a great development within the body confidence movement which is allowing woman to become more and more confident and comfortable within their own body; and so they should.”

As much as Kaur wants women to accept their body she is also not in the view of shaming other women.

She believes that everyone should feel included and at home in society.

“I am pro choice. The issue comes when one body shape and size is being put on a pedestal and is being portrayed as the norm.”

Thanks to @audreygelman @the.wing and #nomansland for having me in their first issue. Photos by @amy_li

Kaur also believes that it takes a lot of courage to stand up against and fight against stigma. She understands that living with facial hair can be extremely difficult for some because of the beauty standards set for women.

“I would personally never force anyone to keep or remove anything in their body. I live by one rule ‘my body my rules’ and I hope everyone does too.” [2]

One snowy day a few weeks ago, I got photographed by @kristiinawilson for @feelfinnair magazine ahead of my set at the @querellefestival in Helsinki this April. The interview was nice for me because I got to say all the things, even if only some of it got printed... "Respect is listening first, and hearing not only that person, but everything that person holds. Their history of oppression, marginalization, trauma, and fear."