Posted by Annie N. in Relationships On 2nd November 2021

Women have found a way to make up for lost time and get right down to the shortlisting process when dating online. This question, "What's your most controversial opinion?", has become the most popular conversation starter that can make or break a potential relationship. 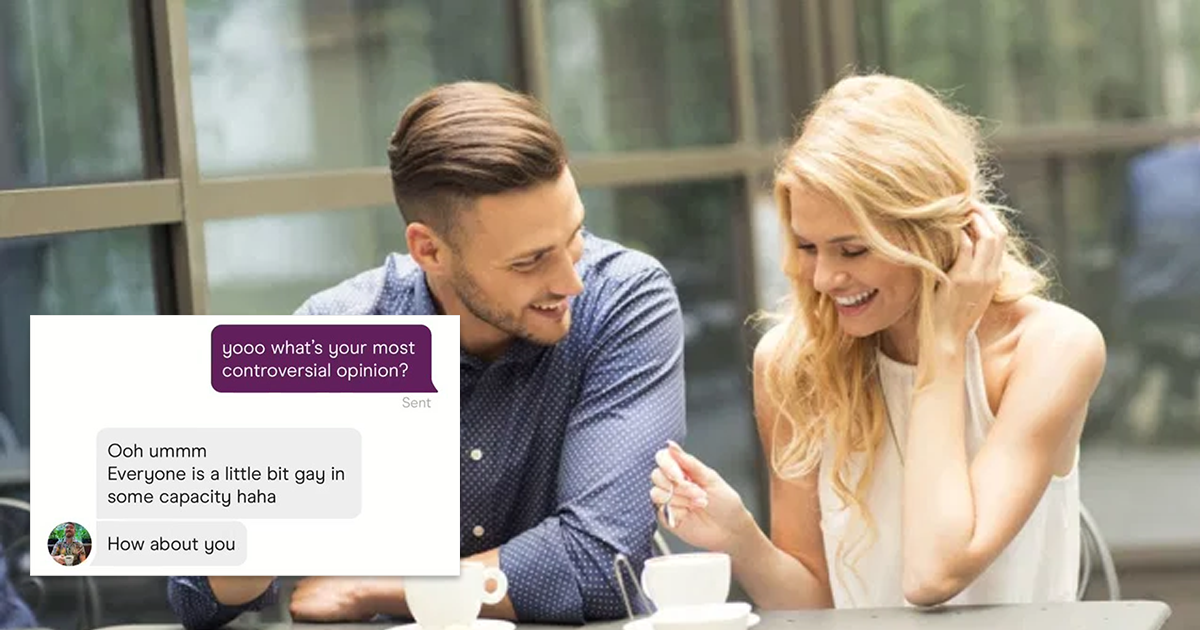 Cat owners know how it is. 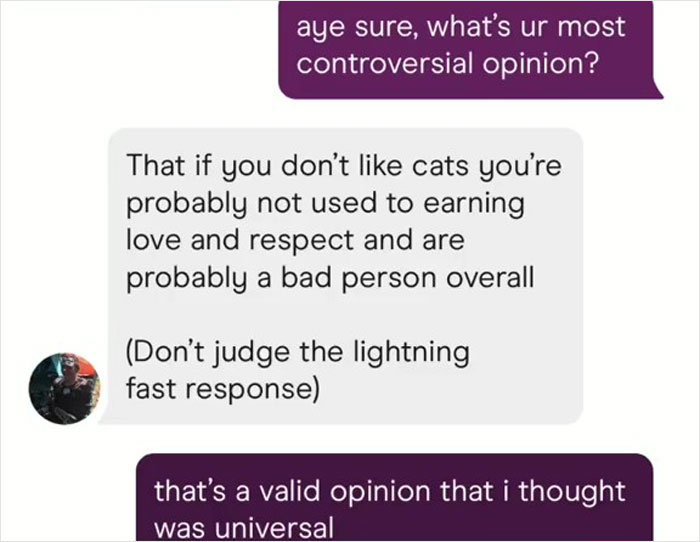 Well... Controversial is how we'd explain it 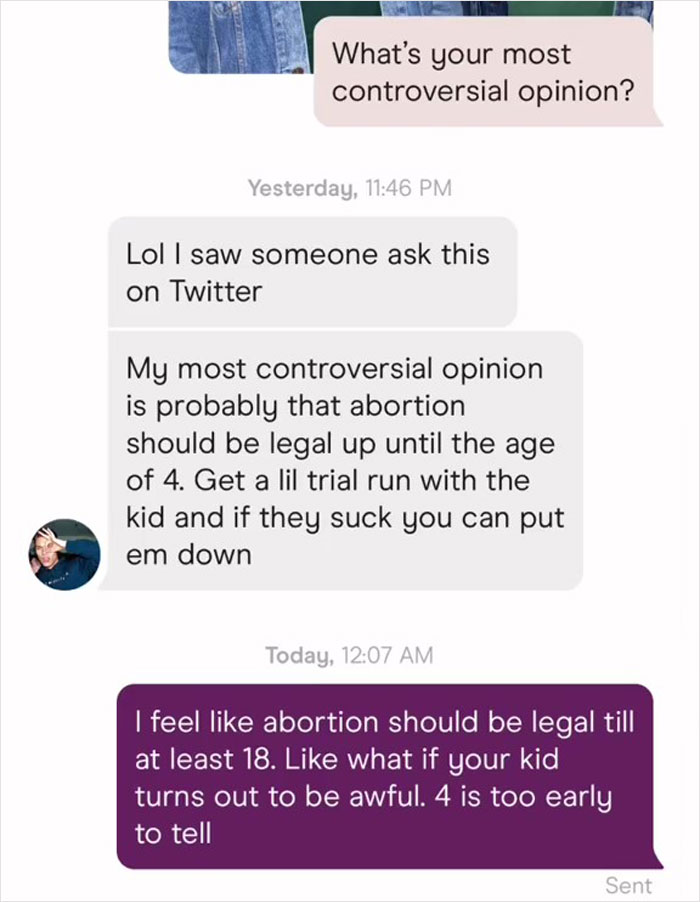 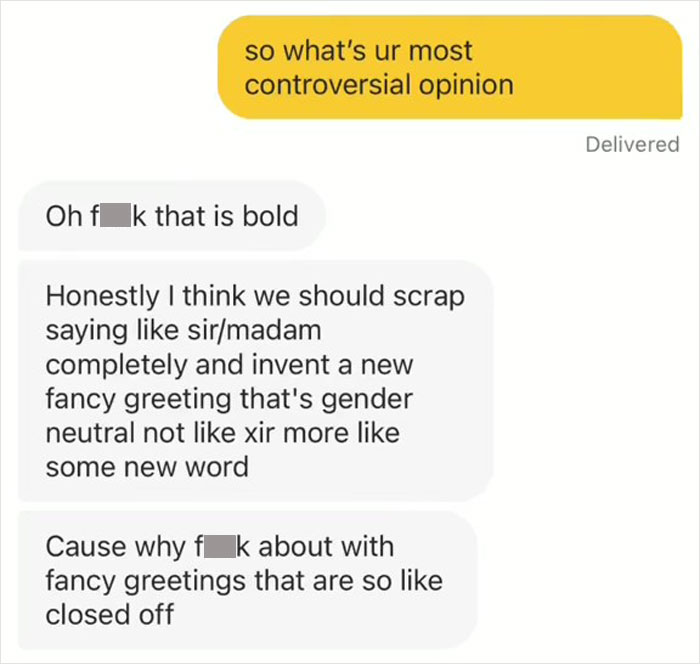 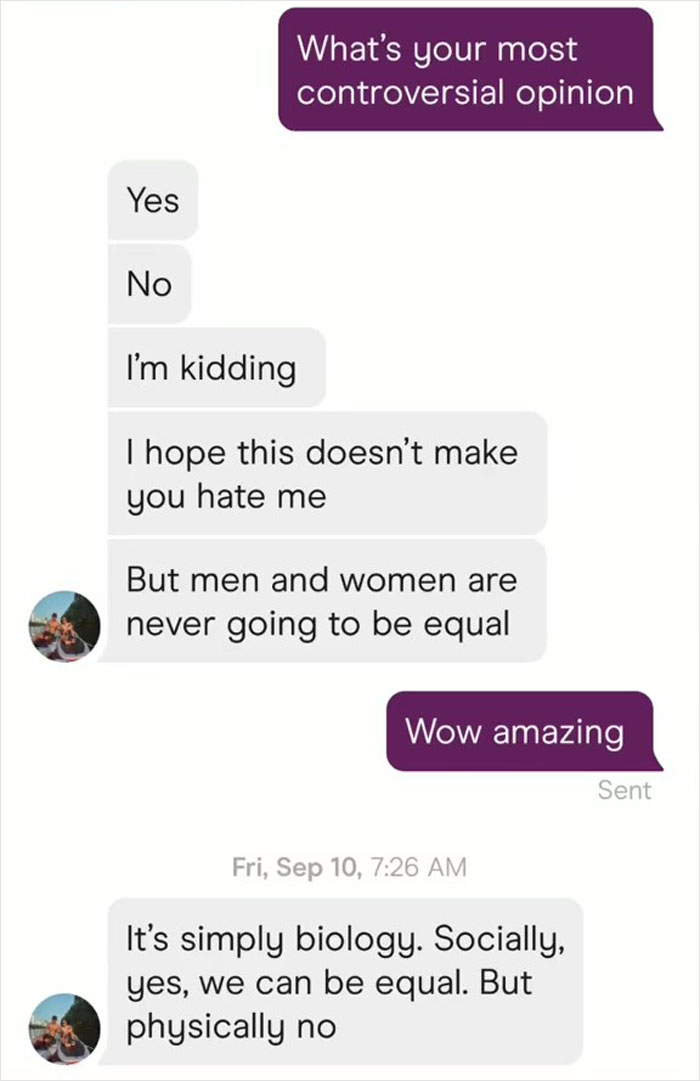 Interesting one. Practial? no. But interesting. 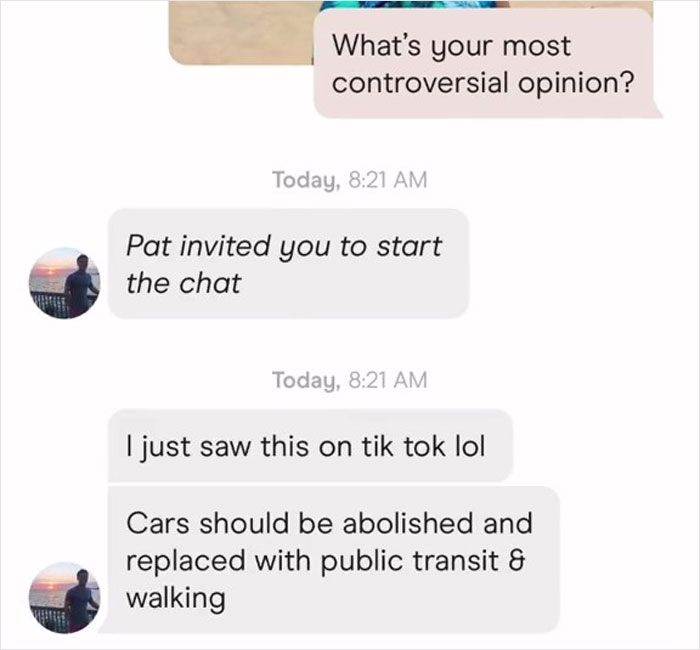 You know you have a winner when he gives two bad answers instead of one. TBH the question was kind of terrible too 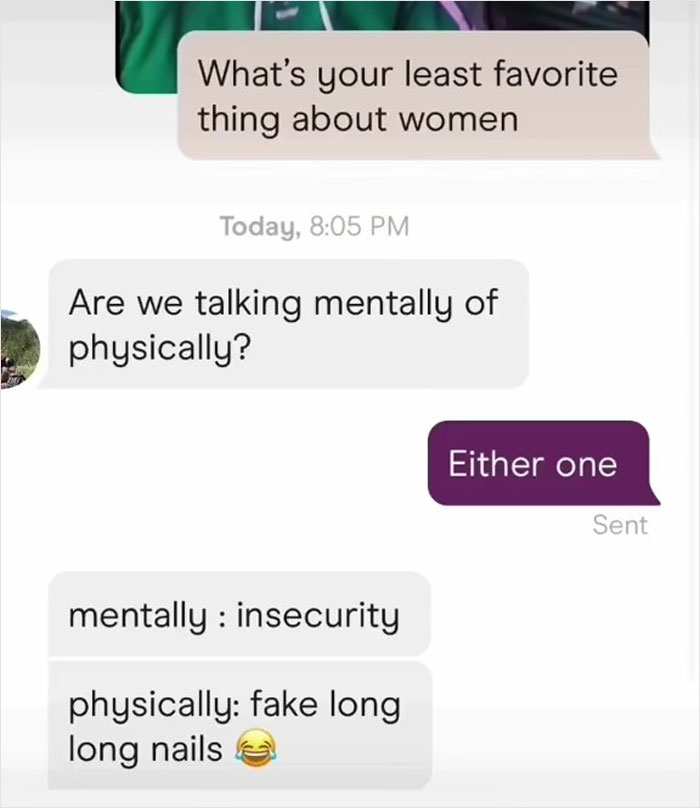 Sexuality is a spectrum and we're all on this rainbow together 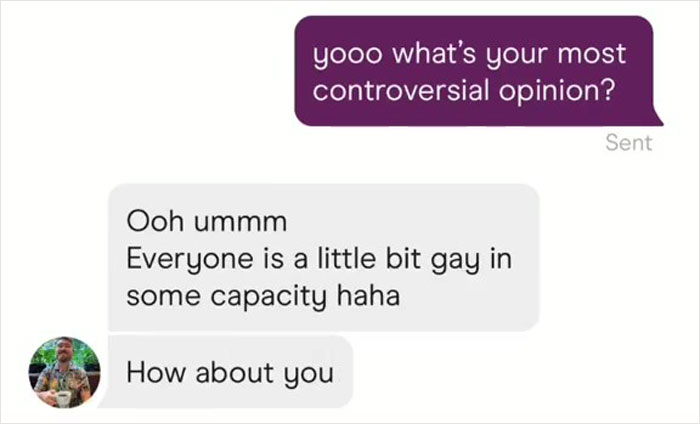 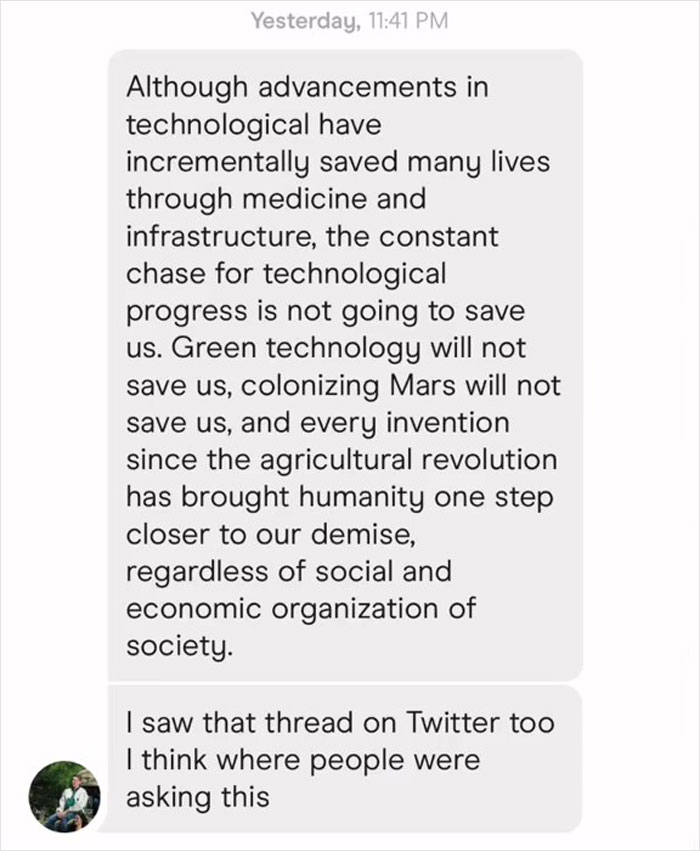 Way to push the boundaries my guy 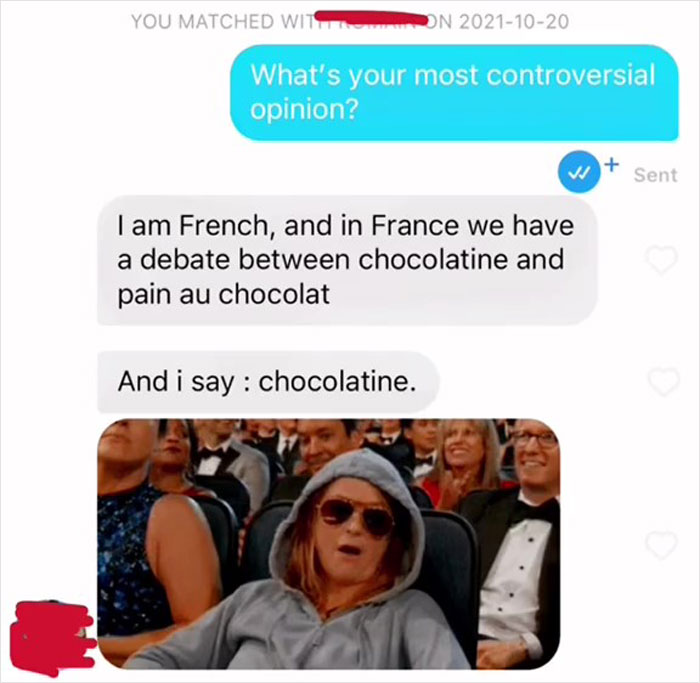 Or....make space on the roads for everone? 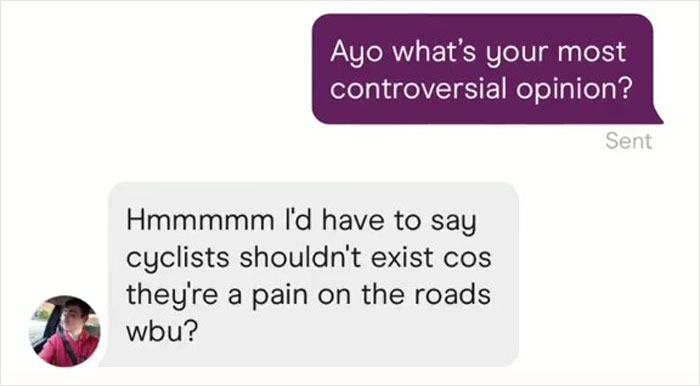 He SAID. What he SAID.

He's playing a game noone else is. 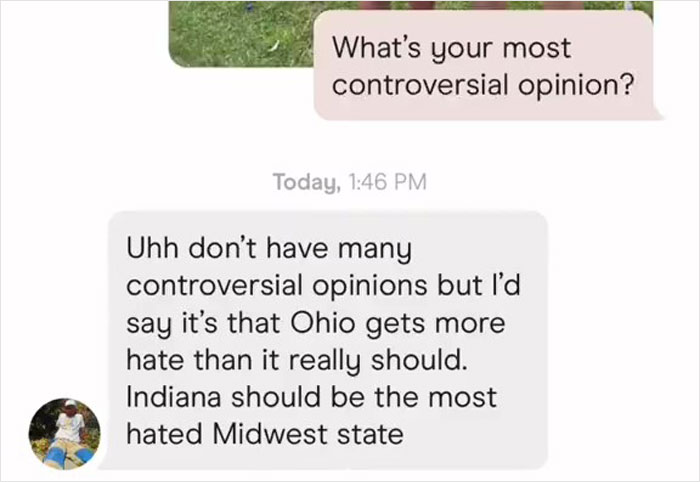 Giving us whiplash with these opinions. 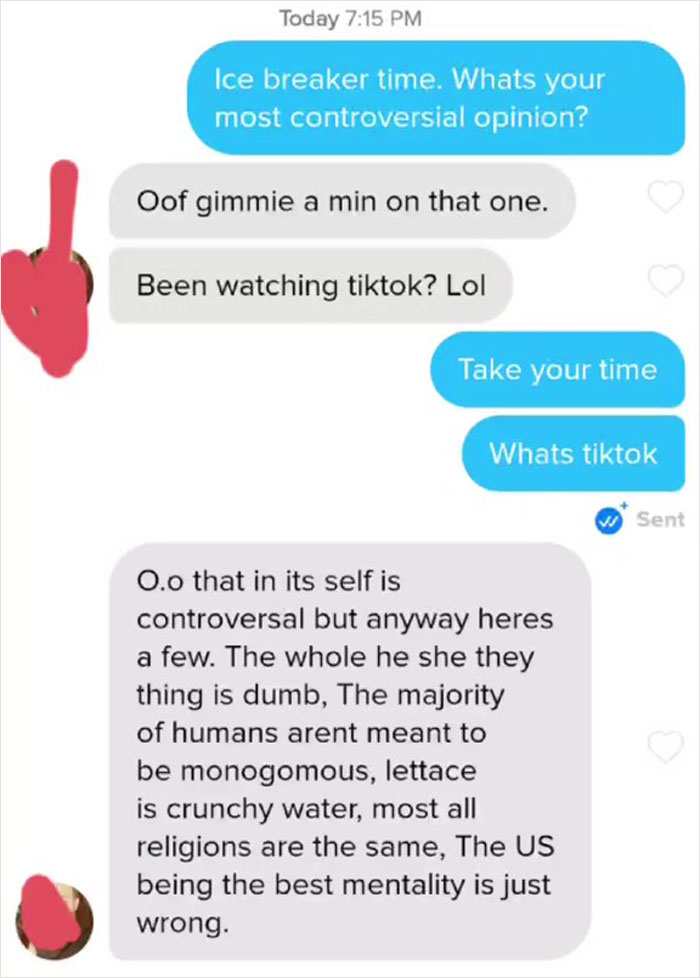 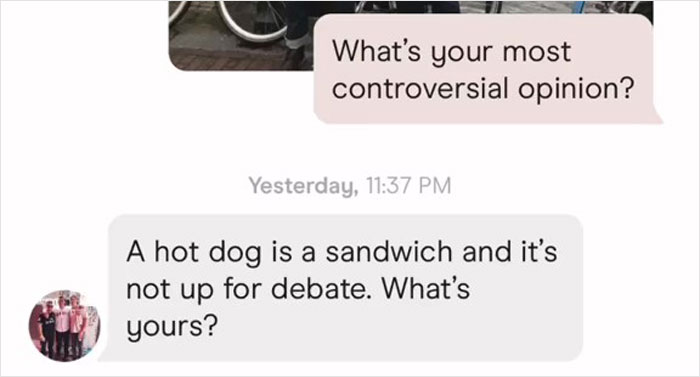 He said from the inside of his closet. 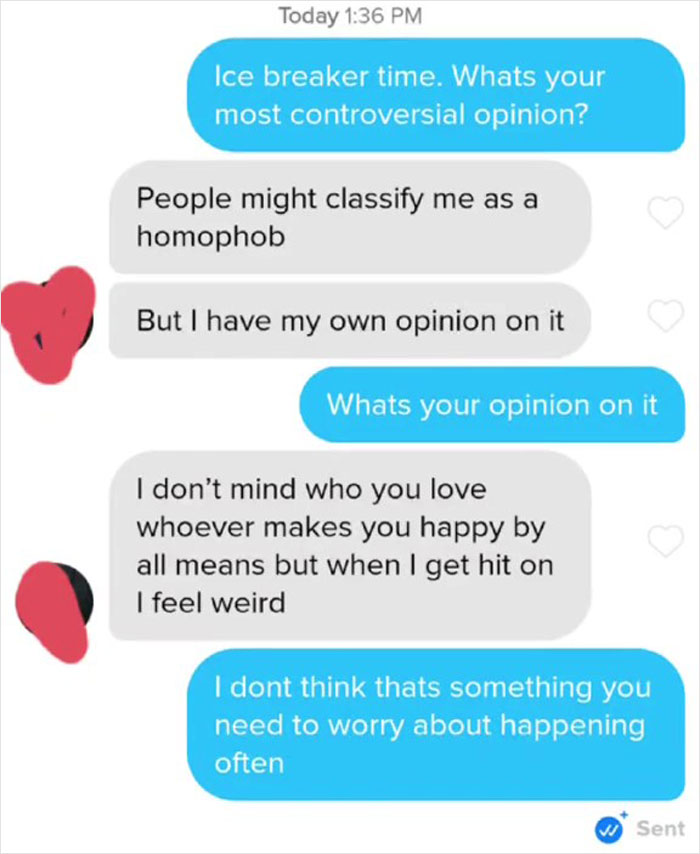 Johnny is a simple man. 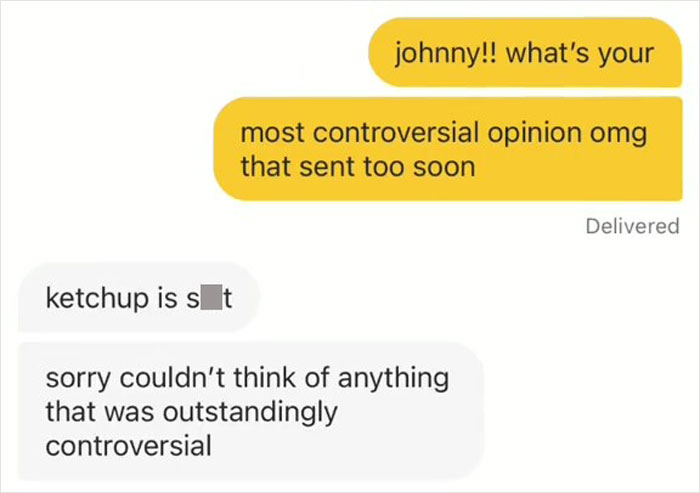 Global destruction is controversial we guess. 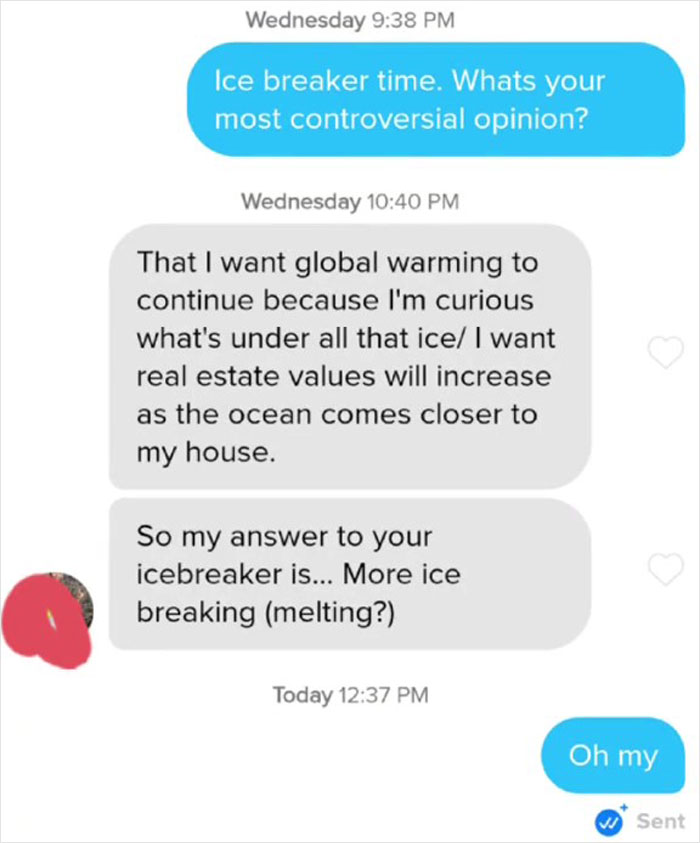 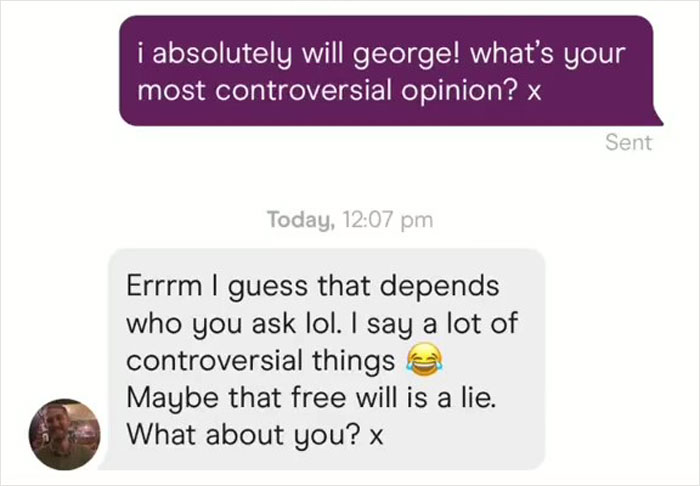 Actually, let me stop you right there. 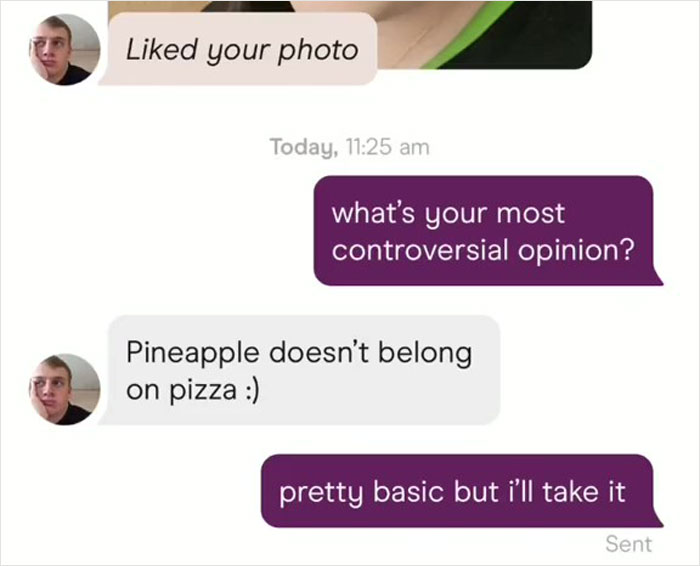 Wow, Some things are for therapists my guy 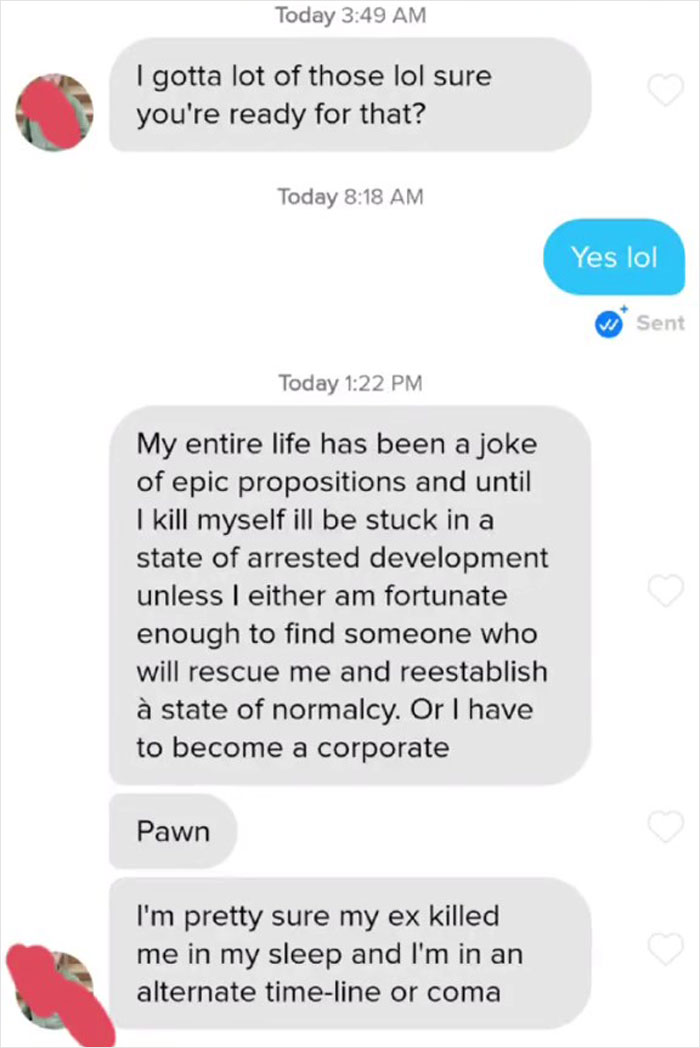 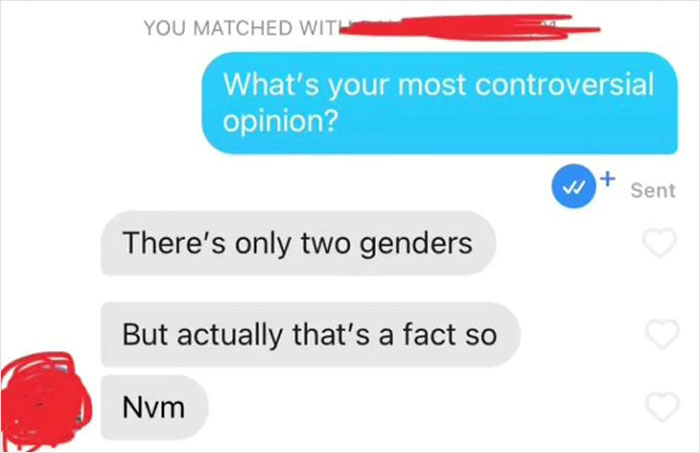 BRB, going to go scream at a wall 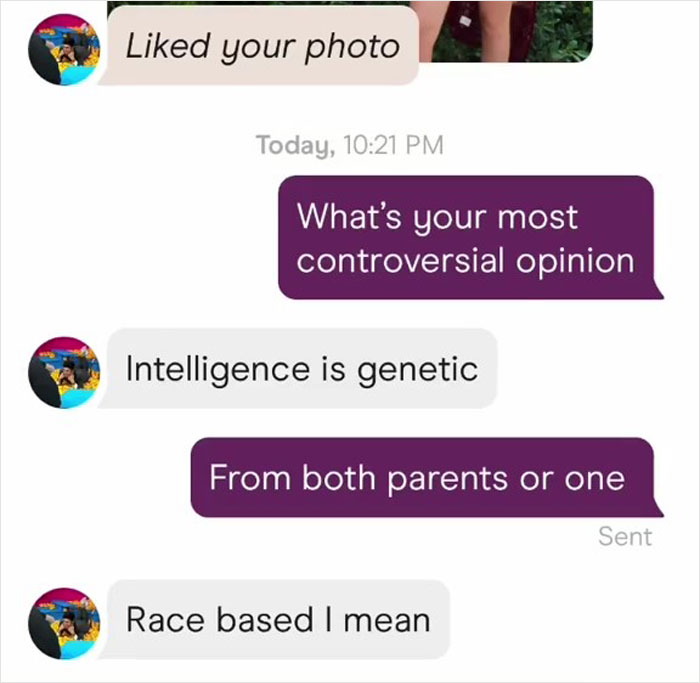 You misspelt Capitalism my dude 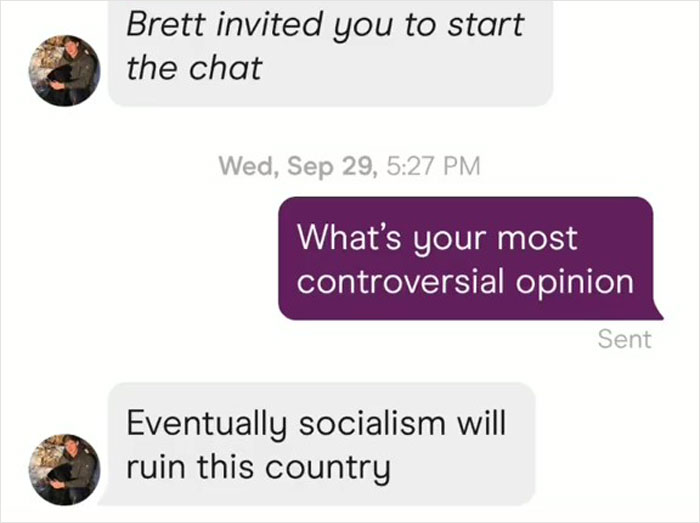 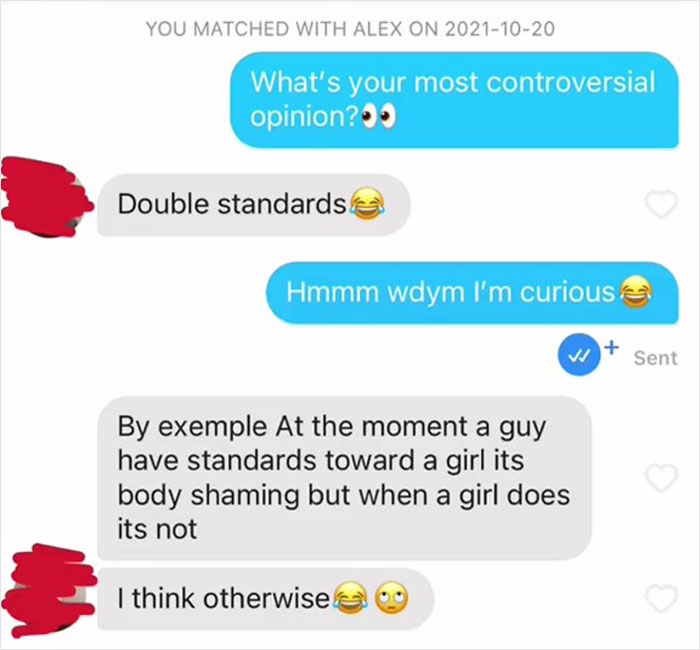 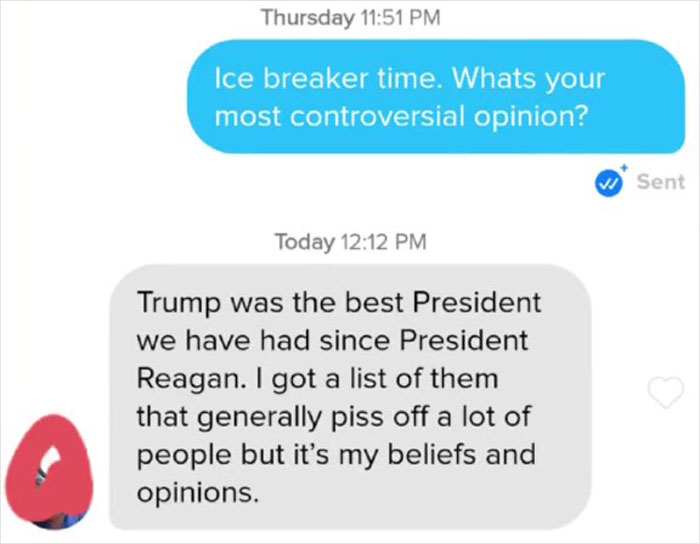 Oh yeah, million deaths isn't something to be too worried about. 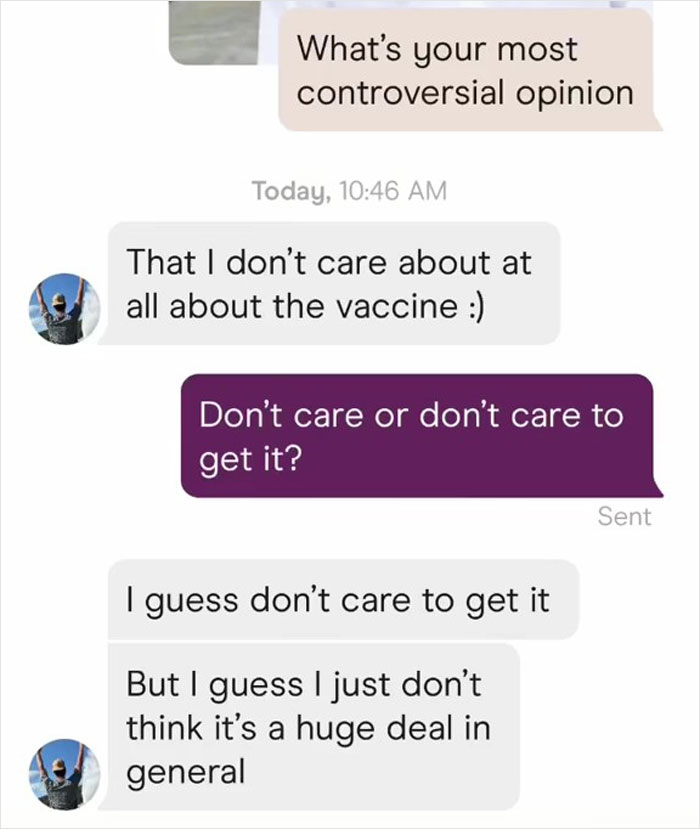 Men aren't good at conversations. This one, at least.