Wonders Of The World: Elephants, 10 Facts About These Amazing Animals That You May Not Know.

#1 They have a sophisticated method of communication.

Elephants tend to travel in large herds. Because of their size, there is a massive amount of distance between the elephants at the front of the pack and those in the back. You might think that their trumpet sound is how they communicate but you are wrong. Elephants actually communicate by stomping the ground which sends ripples through the earth that the other elephants in the herd receive through their super-sensitive nerves located in their feet. The rumbles are so strong that they move faster than sound waves do through the air. 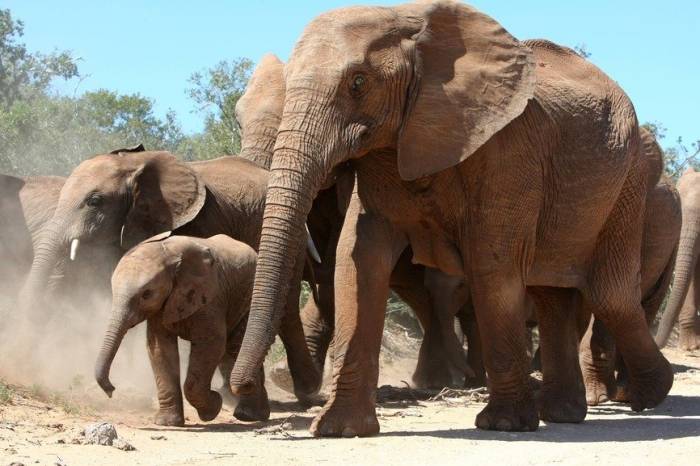 #2 What about their diet?

Elephants are herbivores but they absolutely hate peanuts! This is something that the media has made everyone believe that couldn't be more wrong. They actually can't stand the bland earthy taste of peanuts so remember that next time you visit the zoo and try to throw them peanuts. 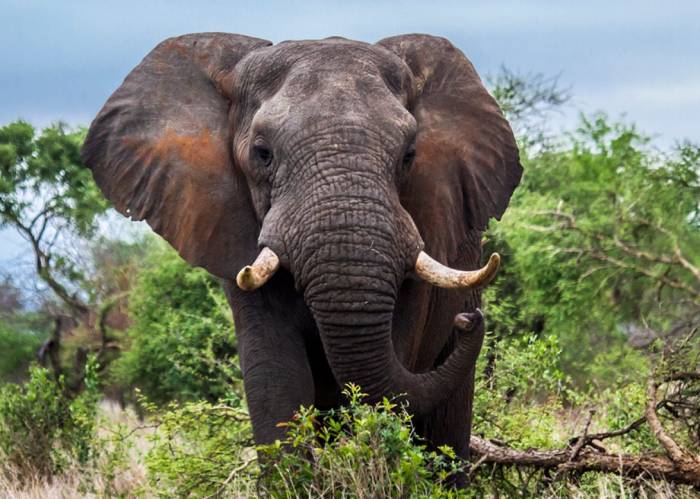 #3 Don't be fooled by their rough exterior.

While the skin of an elephant may appear to be very tough and able to withstand the elements, elephants are actually very susceptible to sunburn. In order to avoid getting sunburned elephants will cover themselves with sand, using their trunks to scoop and toss it onto their legs and back. This not only protects them from the sun but annoying insects as well. 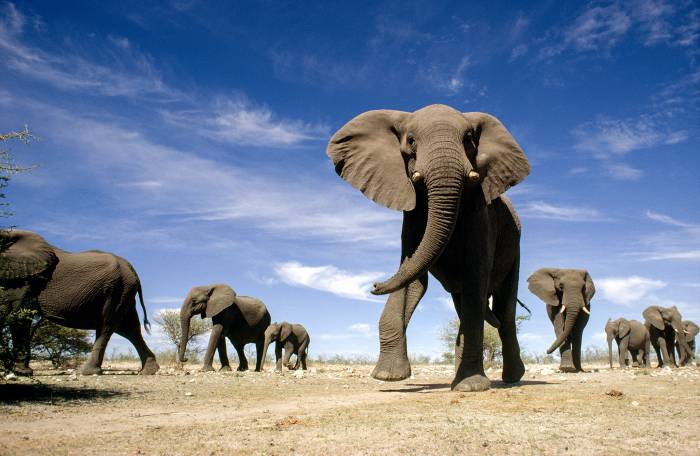 Elephants need to eat up to 400lbs of food each day in order to remain healthy and survive. They also have to drink about 40 gallons of water every day. They are huge animals after all.

#5 Show us that toothy grin.

Over the course of their lives, elephants will go through 6 sets of teeth. As the new teeth come in they push out the previous set and take root in their gums. Should this process be hindered for some reason the elephant could possibly starve to death. 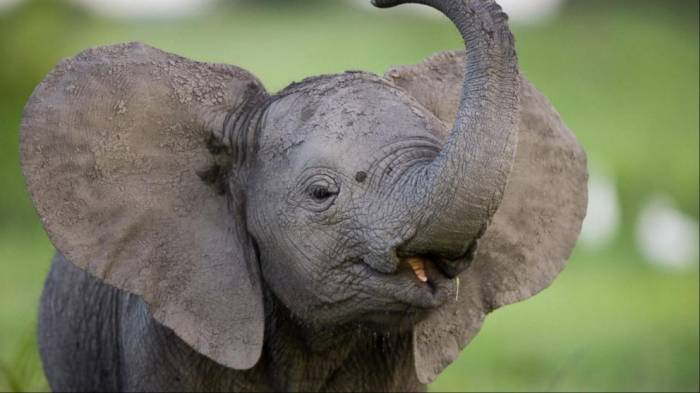 #6 What about those tusks? 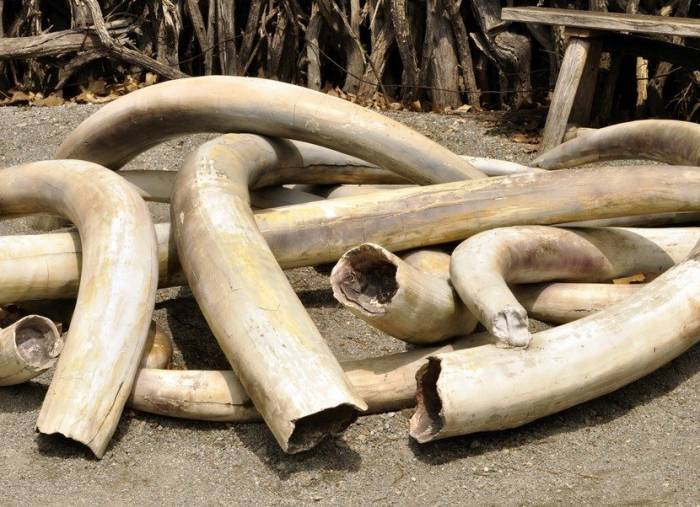 #7 Despite their massive weight you might be shocked by what they can do.

Did you know that elephants walk at about 4 miles per hour? They can't go any faster than that because of their massive weight. They cannot gallop or jump. They are generally landlocked creatures. I say generally because they are actually very adept swimmers which you might not expect from such a large animal. 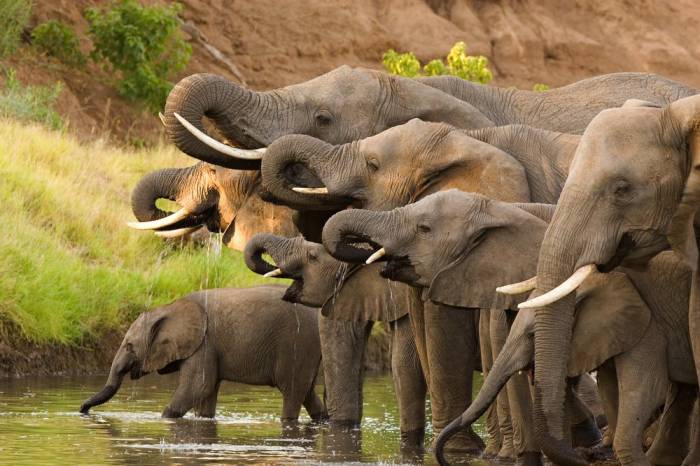 Elephant herds, especially large ones, are led by the oldest or most experienced female. Typical males will only follow the leader for about 12 years before they bail on the herd to join other males 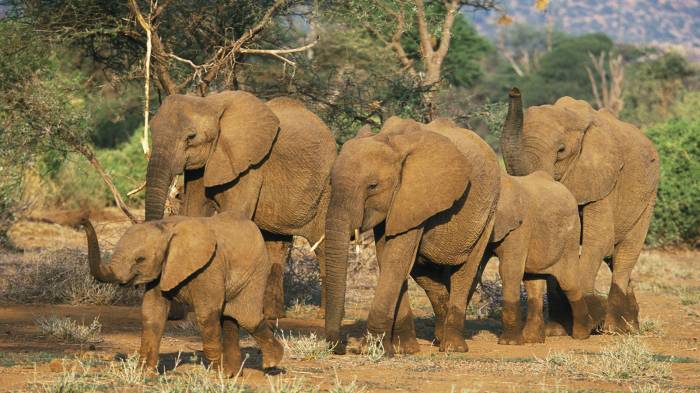 As you might expect, elephant legs are very strong. They are possibly the strongest part of their whole body. Elephants can weigh over 6,000 pounds and all that weight is shouldered by their legs. Elephants do not lay down to sleep so that means they are on their feet 24/7. It takes sturdy legs to live like that. 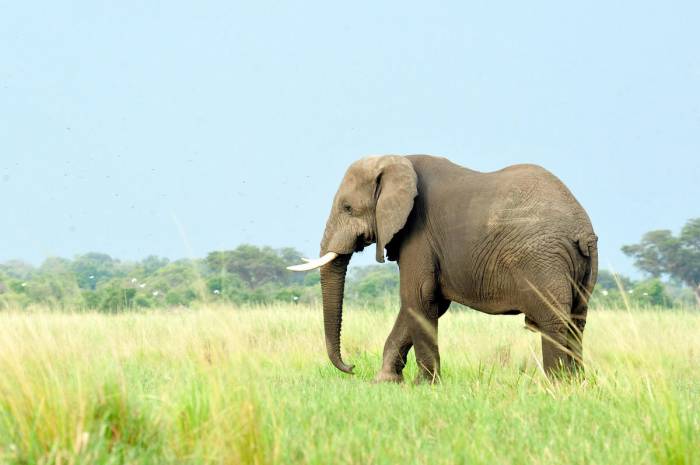 #10 They are very emotional creatures.

Elephants are very in touch with their emotions and are very social creatures. They are capable of expressing sadness, anger, and happiness. During their lives with the herd, they become very attached to the other elephants in their groups. When one of them falls sick or becomes too old to carry on without assistance, they will all pitch in to help their friend eat or drink. If one of their herd mates dies, the elephants even grieve and bury their fallen friend by digging a hole with their trunks and covering the deceased. 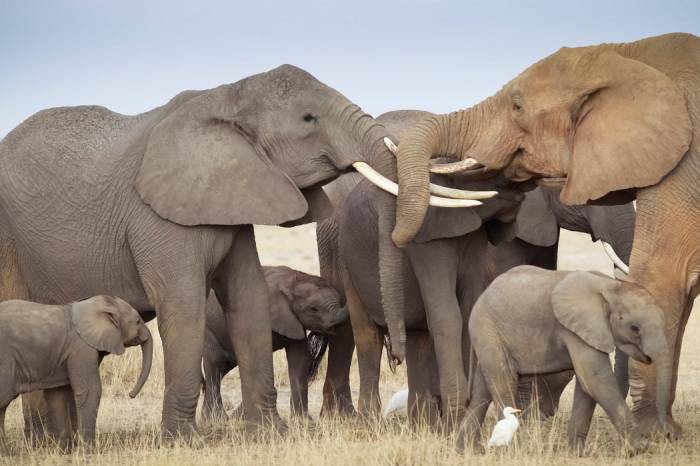