World's last male white rhino "Sudan" has been put down in Kenya because of the animal's deteriorating health condition. Reportedly Sudan was suffering from a degenerative illness and had developed skin wounds because of it. Known for his "dignity and strength" among the locals, according to Elodie Sampere, a representative for Ol Pejeta where the giant beast was staying, "He was a gentle giant, his personality was just amazing and given his size, a lot of people were afraid of him. But there was nothing mean about him." 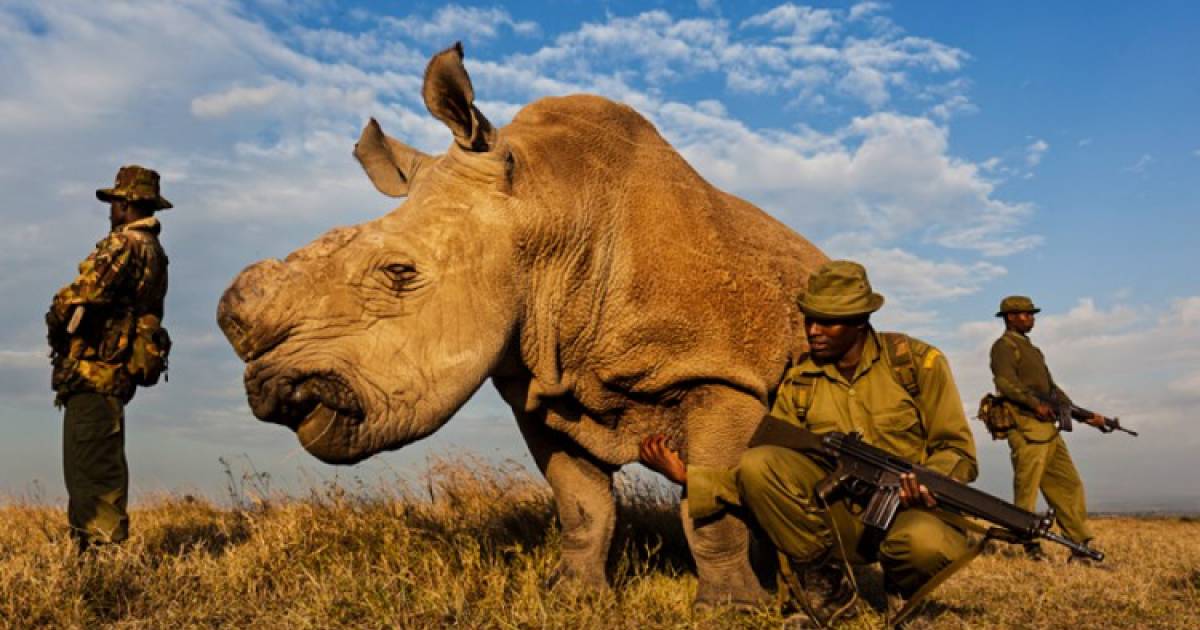 In a tragic turn of events, world's last male rhino is put down after the pain from degenerative illness became too much to bear for the animal. The death of the "gentle giant" who lived in the Ol Pejeta, Kenya has raised the question of the behavior of mankind towards these extinction animals. 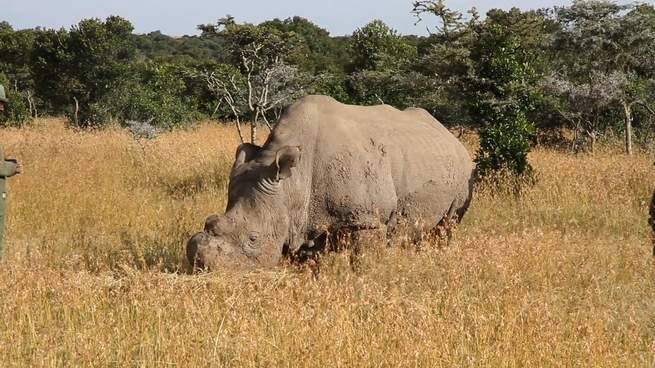 Jan Stejskal, director of international projects at the Dvur Králové Zoo, told Agence France-Presse, "Sudan was the last northern white rhino that was born in the wild. His death is a cruel symbol of human disregard for nature and it saddened everyone who knew him."

Sudan has left two female rhinos, his daughter and granddaughter through which scientists hope they might save the species from dying out altogether using IVF. Colin Butfield, campaigns director at WWF refers Sudan's death as a profound tragedy, one which shows the extent of cruel human nature, "There is undoubtedly a huge extinction crisis going on of which this death is just a small part. Since 1970 average populations of vertebrate animals have more than halved and an estimated 10,000 “less celebrated” species are becoming extinct every year. It is absolutely huge." 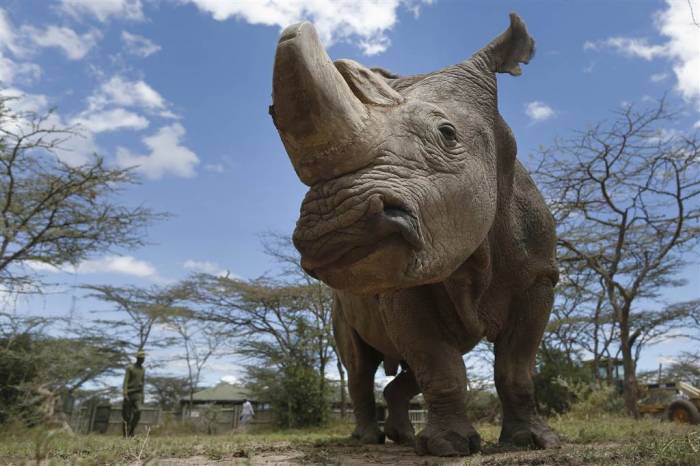 #3 Sudan's Death Has Hit Them Hard

Director of Wildlife Charity in Kenya, Paula Kahumbu states, they didn't do enough to save the majestic beast and now Sudan's death has hit them hard about the gravity of the situation. According to Mr Kahumbu, people are very angry, "The outpouring of grief from Kenyans, especially the younger generation, who woke up to hear that Sudan was dead this morning is a powerful reminder that we must never allow this to happen again. We did not do enough to save this majestic species. Now we must stand up and demand action – take action – to prevent the same thing happening to cheetah, elephants, black rhinos, giraffes – we must take ownership of this as Africans and educate people." 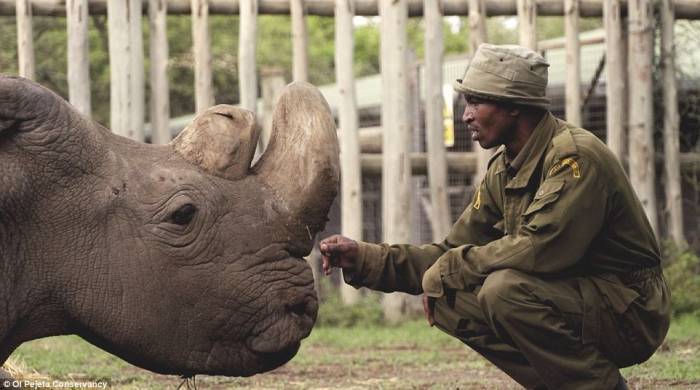 Reportedly northern white rhino was one of several subspecies that has been pushed to the brink of extinction. Sudan, however, 45 had survived all this ordeal and was shifted to Dvůr Králové Zoo in the Czech Republic in the 1970s before being returning to Africa. Sudan stole the heart of many people because of his "dignity and strength." 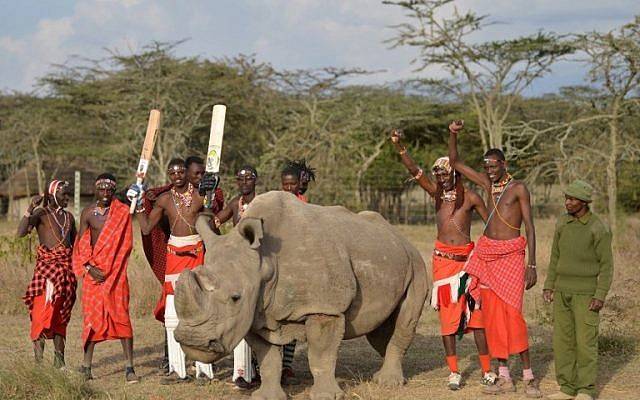 Elodie Sampere, a representative for Ol Pejeta, mourning the death of Sudan says, "He was a gentle giant, his personality was just amazing and given his size, a lot of people were afraid of him. But there was nothing mean about him."

The veterinary team says Sudan was suffering badly because of his disease and the pain became unbearable for him after the giant beast developed bad skin wounds. The rhino was in so much pain that he was unable to stand. Richard Vigne, Ol Pejeta’s chief executive says, "We on Ol Pejeta are all saddened by Sudan’s death,” said Richard Vigne, Ol Pejeta’s chief executive. “He was a great ambassador for his species and will be remembered for the work he did to raise awareness globally of the plight facing not only rhinos, but also the many thousands of other species facing extinction as a result of unsustainable human activity. One day, his demise will hopefully be seen as a seminal moment for conservationists worldwide." 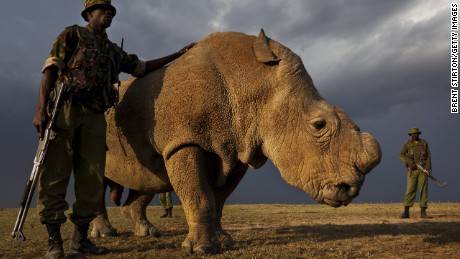 In Kenya Kahumbu on other hand says, the people are shocked over the death of Sudan and are mourning his death with deep regret, "For too long conservation has been seen here a something white people do but now the young generation feel very strongly that this is for us to deal with. We need to take ownership of this issue as Africans and to make sure we act before it is too late." 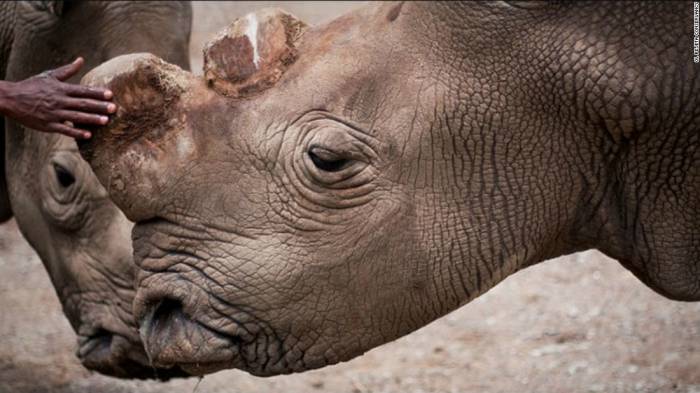 Prof Ted Benton from the University of Essex, an environmental social scientist and member of the Red-Green study group on the death of white rhino says, "The fact that this is in the news suggests there is a wider cultural feeling of regret and care about this from so many people who have never seen – and probably never expect to see – a white rhino, and that is heartening in that it shows that people care." Butfield said the growing recognition that we are living through an extinction crisis did offer some hope. According to him, the death of Sudan has raised an important issue of extinction of species due to the carelessness and cruelty of mankind, "Through the current economic system and globalisation we are taking up more of the earth’s resources and living space than it can accommodate. This is not just a threat to other species this is a threat directly to our survival as humans too. We are aware of it, we know what causes it and to some extent we know what the solutions are. Now it is a matter of acting on that knowledge before it is too late." 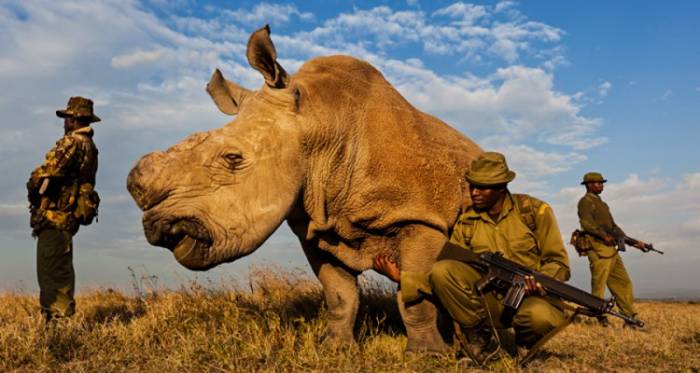