Posted by Abdul Rafay in Bizarre On 23rd December 2020
ADVERTISEMENT

There is a clear link between diet and physical health, studies have found. The foods you consume will have a mental as well as a physical health effect, so it's important to look at what foods you eat because they make a difference. If you will not eat healthy food then there's a chance you will end up like this man who has around a hundred worms in his stomach. 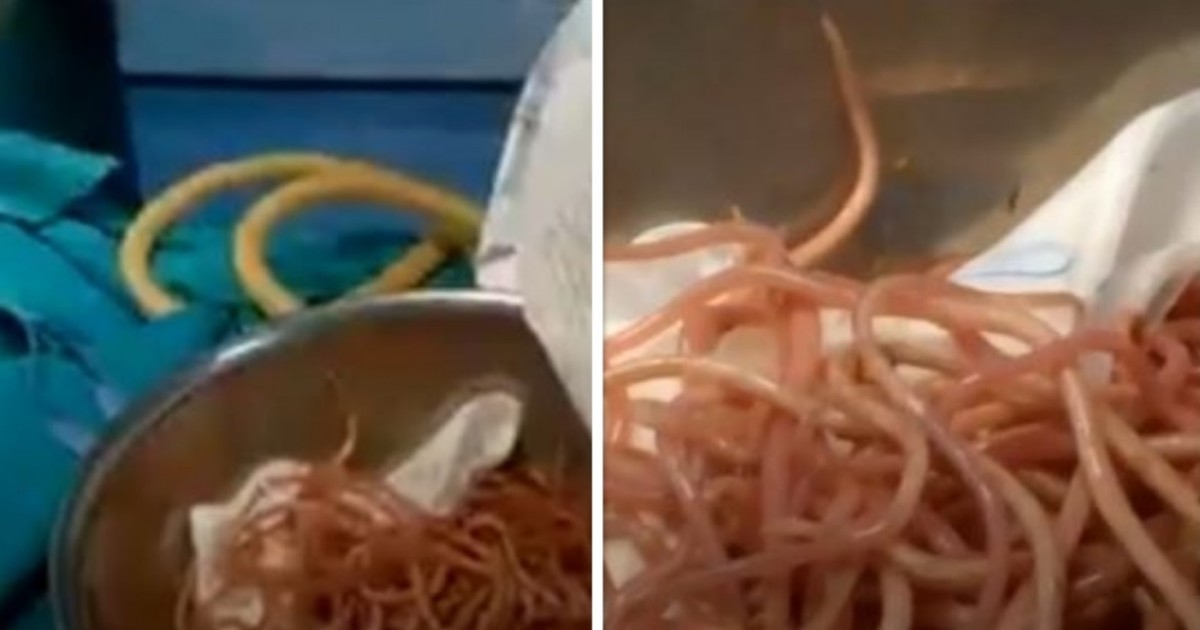 Around 100 parasites have been removed from a man's stomach

A man with a constant grumbling in his stomach soon discovered more than 100 worms had taken up residence in his body and had to be surgically removed.

This came down in the Vietnamese town of Thanh Hoa this week, where a person came into a hospital with symptoms of constant stomach pain, sources claim. A doc tested him out and noticed that his stomach looked like a live bait shop—there was practically a worm city in it!

Doctors took the man into surgery

Of course, they took the man into surgery instantly, and they filmed the entire thing—which implies you can watch what happens, but it's best to be into this thing because it's Huge!!!

Bad diet had been the reason as per doctors

More than 100 parasitic worms were fished out by the doctor and his team—which had begun with only one that laid a bunch of eggs. The infestation was chalked up to bad dietary habits by the medical staff. Hey, go figure.

Here's the video of the surgery