Posted by Editorial Staff in Sports On 16th September 2016
ADVERTISEMENT

Thanks to WWE Backlash 2016, the SmackDown roster had a leg up on the Raw crew in this week's Superstar power rankings.

Backlash didn't feature as many matches as a pay-per-view typically does, but this allowed every bout to have more than enough time to tell a proper story. 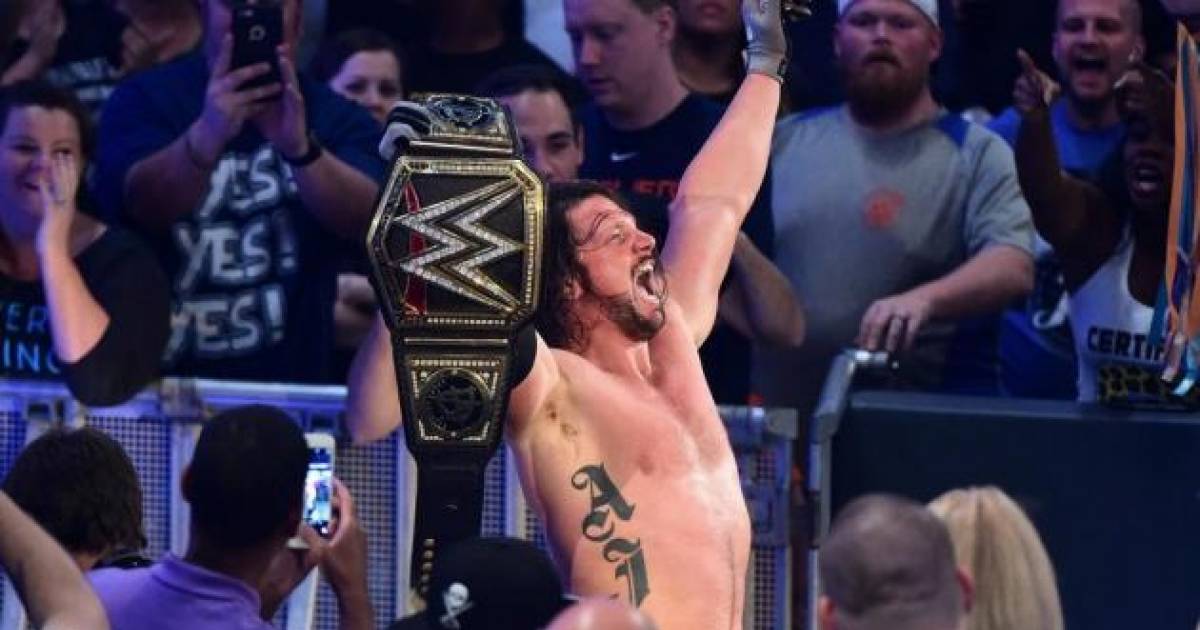 How could anyone other than AJ Styles top the list after what we saw Sunday night at Backlash?

The Phenomenal One not only joined the exclusive club of Superstars who have won the WWE Championship during their first years with the company, but he also set another record by becoming the first person to have held the IWGP, TNA, NWA and WWE titles.

He and Dean Ambrose put on a great match at the pay-per-view, taking the fight all around the ring and out into the crowd.

Styles didn't need The Club, but he did win by nefarious means. Some people might complain about the fact he used a low blow to win the belt, but we have to remember he is a heeland heels are supposed to cheat and take shortcuts.

The new WWE world champion has long been considered one of the greatest wrestlers on the planet, and winning the most famous title in wrestling history Sunday night helped him solidify his spot at the top of the mountain. 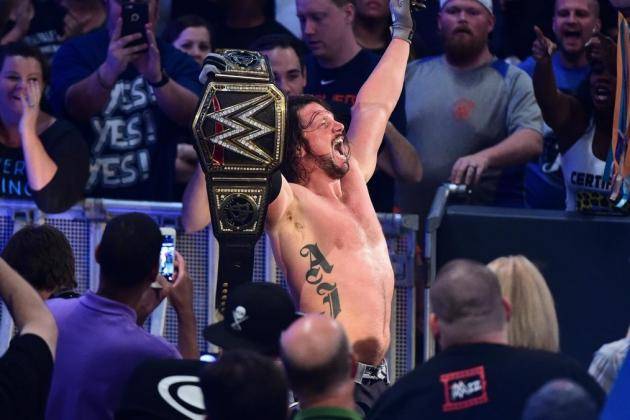 It might seem a little surprising to see Seth Rollins in the No. 10 spot after he picked up a win over Chris Jericho on Raw, but there is a good reason.

Rollins didn't have much storyline development over the past week. We never got a big confrontation with Triple H about his betrayal, and he wasn't even in the main event of Raw.

The Architect is one of the best performers WWE has, and he will likely remain in the title picture for a long time, but fans expected to see more after SummerSlam.

Some wanted him to turn babyface right away, while others wanted him to dig in and become a more vicious heel. Neither happened, and he suffered a little for it.

However, this is just one week. With Clash of Champions coming up on Sept. 25, we could see management kick his storyline into high gear. 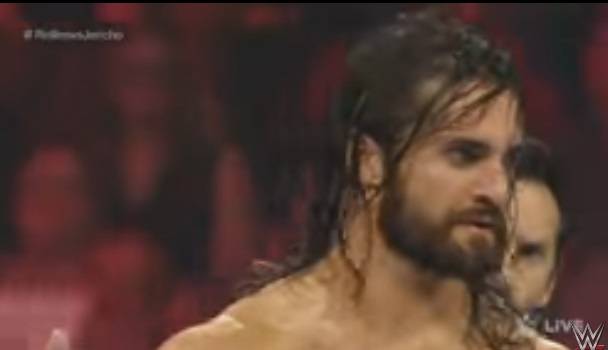 Sasha Banks' fake retirement segment may have had a lot of people fooled, but the similarity to another angle with Mark Henry from a few years ago upset some people who thought she deserved something more original.

The main thing we should all be focusing on is how Banks is healthy enough to compete instead of needing the back surgery it was feared she would require a couple of weeks ago.

Banks is an incredible performer who has won over the WWE Universe in a big way, but she may want to tone down her high-risk style if she wants her career to last more than a few years.

Her potential upcoming title match with Charlotte should be another classic, but with Bayley looking for her own shot at stardom, Banks has some stiff competition in her quest to get back to the top. 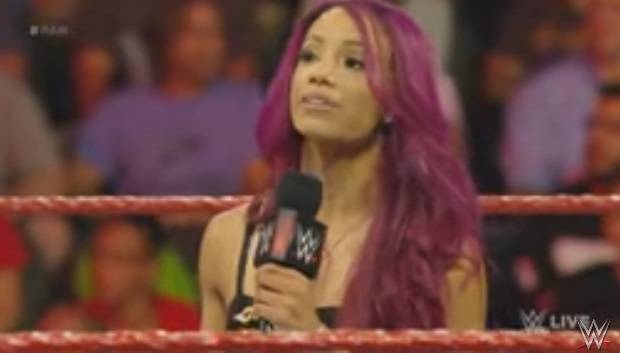 Cesaro and Sheamus' best-of-seven series has produced some good matches, and they brought their storyline to a live Raw event in London last week.

WWE acknowledged the untelevised match as part of their series, putting Cesaro at a 1-3 record and giving him a small chance of coming back to win the whole thing.

These two European powerhouses never seem to have a bad match against each other, so putting them in competition with each other with a title shot as the reward was a smart move by management.

It gives them something to do until Rollins and Owens finish up their feud and the champion is ready to move on to a new challenger.

If WWE intends on going the full seven matches, we will likely see the final encounter take place at Clash of Champions. 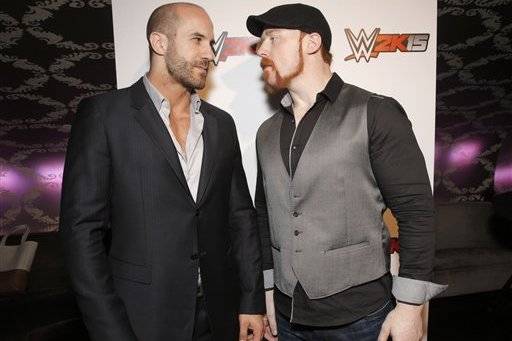 Bayley has quickly become one of the most popular Superstars on Raw, and her clean win over Charlotte on Monday shows WWE is giving her the push she deserves.

Many expected her to jump right into the hunt for the women's title after Banks was injured, but The Boss' return seems to have pushed back Bayley's title shot a little further.

In the end, it doesn't matter if she challenges for the belt at the next PPV or the one after that. As long as she keeps winning matches and getting big reactions from the crowd, she will be fine. 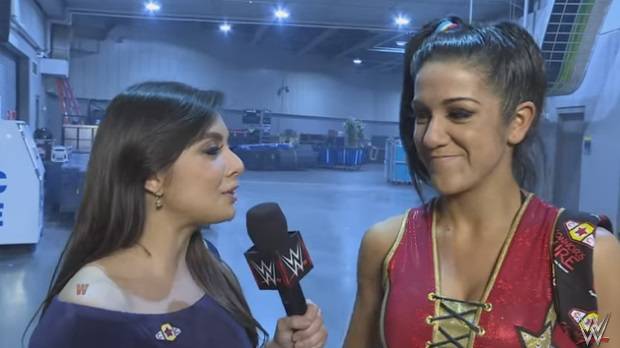 Having Kevin Owens win the Universal Championship proves WWE is dedicated to putting new Superstars over and planning for a future without guys such as John Cena and Randy Orton.

Owens has been fighting an uphill battle his entire career because he doesn't have the look of a typical WWE Superstar, but he more than makes up for any shortcomings in other areas.

It doesn't matter if he is teaming with Chris Jericho, battling Sami Zayn or giving Renee Young a hard time. If KO is involved, you know it's going to be entertaining.

Owens and Rollins will steal the show at Clash of Champions, and we should expect to see their feud last at least a few months to allow Owens to establish himself as a worthy champion. 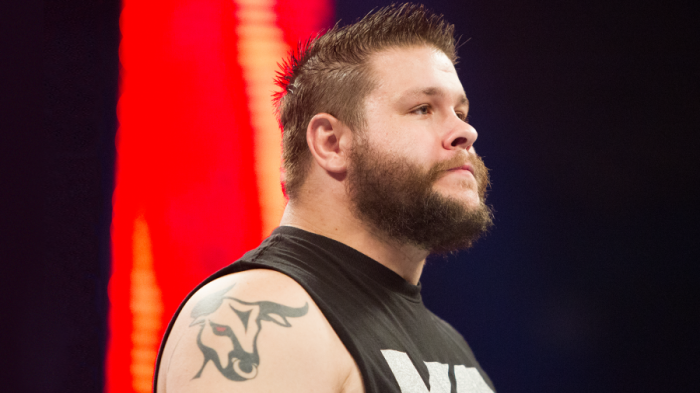 The Usos are an incredible tag team, but their babyface gimmick was starting to get old, and fans were already starting to turn on them due to their relationship with Roman Reigns.

Instead of continuing to push them as faces, WWE took a chance and let them turn heel. It was the best thing Jimmy and Jey could have done for themselves.

Their new attitude is a breath of fresh air, and becoming bad guys has allowed them to expand their repertoire and incorporate more devastating moves.

Purposely injuring Superstars will get them the heat they need to become the top heel team on SmackDown, and it wouldn't be surprising to see them be the first duo to challenge for the brand's new tag titles at the next PPV. 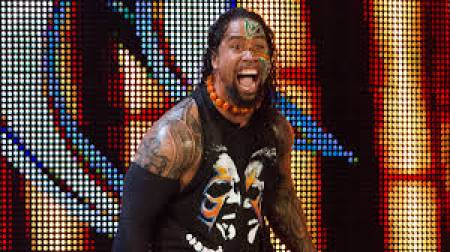 Many expected Dolph Ziggler to walk away from Backlash with the Intercontinental Championship, but what we saw on Sunday shows WWE is giving The Miz a real chance to make the title special again.

The Miz's segment with Daniel Bryan on Talking Smack reminded everyone of how good he can be when WWE allows him to be himself, and Sunday enabled him to prove himself in the ring.

Not only did the veteran wrestler perform moves we have never seen him use before, but he also put on a masterclass in how to be a heel, mocking Bryan by stealing some of his trademark maneuvers.

If The Miz can continue building on his momentum, he may find himself back in the hunt for the WWE title before WrestleMania 33 rolls around. 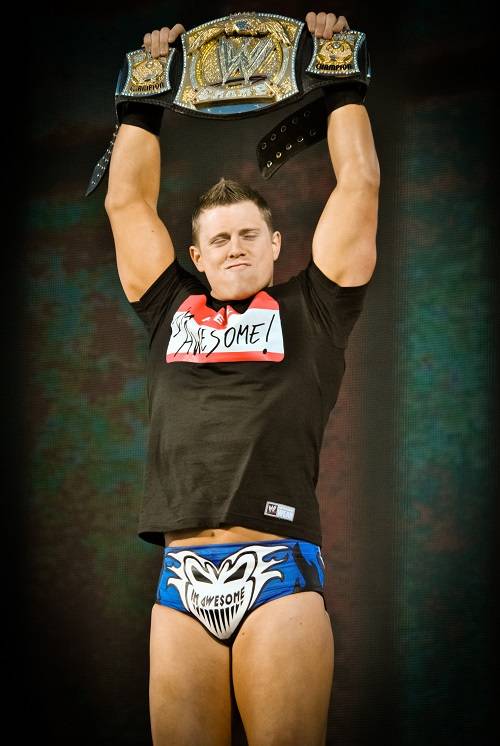 After years of being used as little more than a glorified jobber, Heath Slater finally managed to break through and win the tag titles with his new best friend, Rhyno.

Slater's story began at the draft, when he was the only Superstar to go unselected by Raw and SmackDown. Over the next few weeks, he would pop in randomly and demand a contract, only to fall short when given the opportunity.

Fans began to love his over-the-top personality and the passion he showed during his segments, and it led to #SignHeathSlater taking off on social media.

Never before have the goals of getting a double-wide trailer and an above-ground pool seemed so important, but Slater made it seem like a paradise for his wife and their children.

Even with Slater stealing the show, Rhyno cannot be overlooked in this storyline. His chemistry with the former Social Outcast has made the last few weeks a lot of fun to watch. Hopefully they get a good, long title reign so they can continue entertaining us for quite some time.

Becky Lynch was called up from NXT at the same time as Charlotte and Sasha Banks, but she had to wait a bit longer to be crowned women's champion.

The Lass Kicker is a great representative for the division, and the WWE Universe has loved her since the moment she debuted on Raw in July 2015 to kick off the original Divas Revolution.

To make a great moment even better, newcomers Carmella and Bliss showed everyone they need to be taken seriously by delivering some of the best performances of their respective careers at Backlash.

With vets such as Natalya and Bella on the roster, as well as the impressively agile Naomi, Lynch has plenty of great competition to make her title reign fun to watch.