Xbox One X Vs PS4 Pro: Which Gaming Powerhouse Should You Buy?

With the announcement of Microsoft's most powerful gaming console Xbox One X, earlier known as "Project Scorpio" has raised the bar in console gaming performance. But it still has some competition with Sony's Playstation 4 Pro. Both have one thing in common which focuses on 4K gaming and streaming, but also carries differences whether it be in performance, graphics, pricing or VR's. Read this article to find out which gaming powerhouse you should consider to buy! 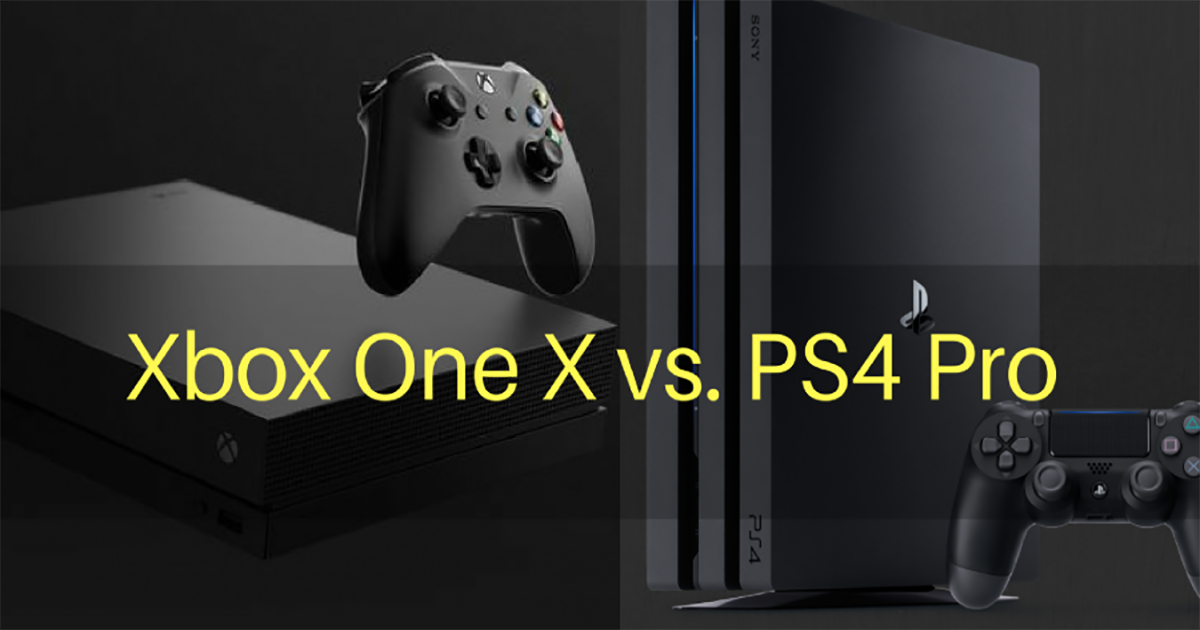 In this article, we take a deeper look at both PS4 PRO and Xbox One X in every aspect to help you in deciding which console should you consider to buy. We will compare the hardware specifications of both the consoles, pricing & availability, processor, graphics, games and content.

Don't miss out the final conclusion where we will decide who is the Winner. 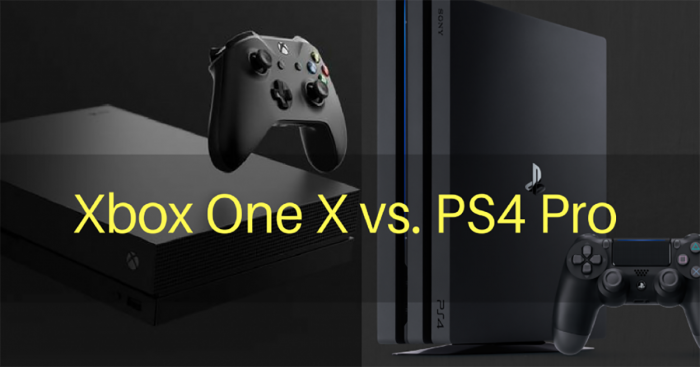 Xbox One X has three USB 3.0 ports, HDMI In & Out ports, IR out and an Ethernet jack.

Microsoft regards it as 'Smallest' and most 'Slimmest' Xbox Ever, even slimmer than existing Xbox One S. 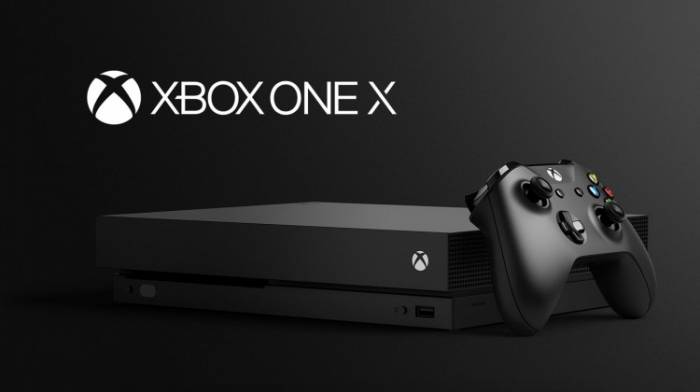 Xbox One X comes only in black and it looks unappealing in terms of design. It has two stacks of rectangular boxes. There is no new approach in designing the new Xbox One X for which there were lots of expectations from Microsoft.

PlayStation 4 Pro is the successor of PS4 and it is large but lighter than PS4.

PS4 Pro has two USB 3.0 ports (one front and one at the back). The back of the console has HDMI port, optical out port, Ethernet jack, Auxiliary port and Power port. 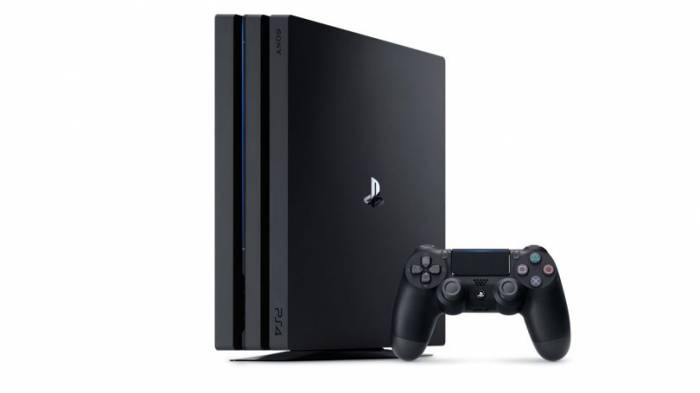 It has a stack of three pieces which looks similar to PS4 with an additional half on top. It visually gives a bulky look, but physically it is lighter than PS4. Sony has spent a lot of hours research in redesigning PS4 Pro which has somehow appealed to the gamers.

#1 PS4 PRO vs Xbox One X - Pricing and Availability

Xbox One X Availability - It will launch on 7th November 2017 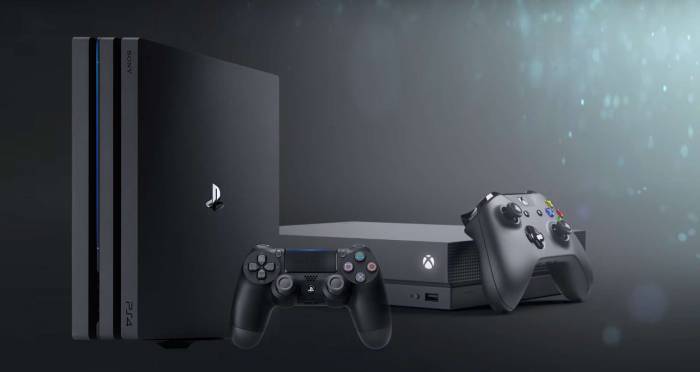 In the pricing and availability category, PS4 Pro clearly outrages Xbox One X due to its pricing as PS4 Pro is 100$ cheaper than the X with 4K, HDR, and VR support and is available in the market. Users might think to spend more on Xbox One X when it comes to pricing.

PS4 Pro - It has the same AMD processor as the original PS4, with an 8-core 2.13GHz processor. It has less RAM than the Xbox One X. 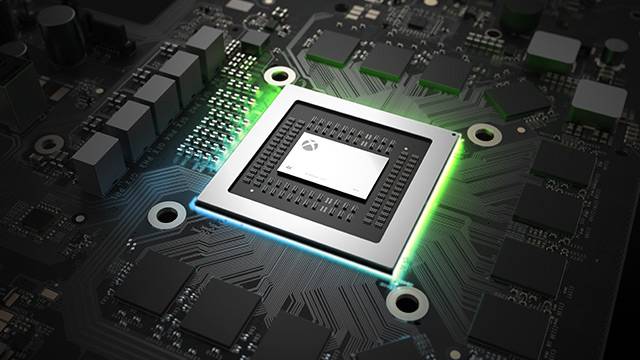 In the category of Processor and Performance, simply put in as the CPU of Xbox One X is faster than PS4 Pro which clearly outrages the Sony's Playstation.

Xbox One X has an impressive new GPU clocked at 1.17 GHz. The GPU includes AMD's Polaris architecture and offers up to 6 teraflops of computing power. Xbox One X also has 12GB of GDDR5 RAM, which is enough for rock-solid 4K (3840 x 2160) gaming at 60fps. 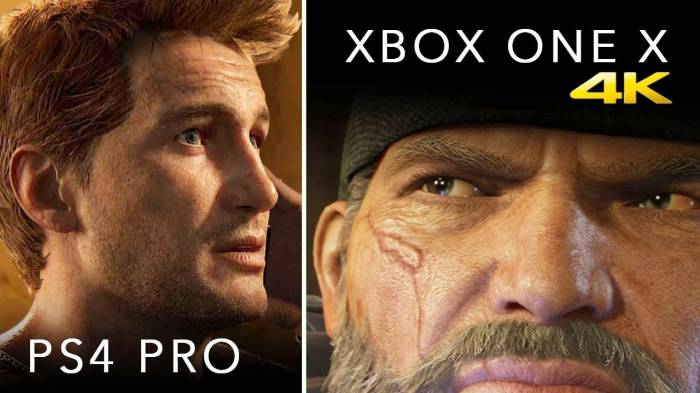 In the category of Graphic or GPU Xbox One X clearly outcasts PS4 Pro in every aspect whether be its computing power, gameplay or GPU Ram.

Games Library - PS4 Pro and Xbox One X will support all the existing PS4 and Xbox One title with some gaming enhancements. Xbox has a few exclusives like Halo, Gears of War, Dead Rising and Quantum Break. Xbox still needs to deliver on exclusives whereas Sony has many exclusive titles like The Last of us Remastered, Horizon Zero Dawn, Bloodborne and Uncharted.

Interface - PS4 Pro and Xbox One X have modern interfaces and menus that make it easy to navigate.

Features - Xbox One X Snap function lets you use two separate programs at once. PS4 Pro also has Share Play, which lets you give control of your games to others. PS4 Pro DualShock 4 controller has a dedicated share button which enables you to instantly capture screenshots and footage and share them to Facebook/Twitter/stream on Twitch/YouTube. Xbox players have to double-tap the Home button and select options to capture photo or video. 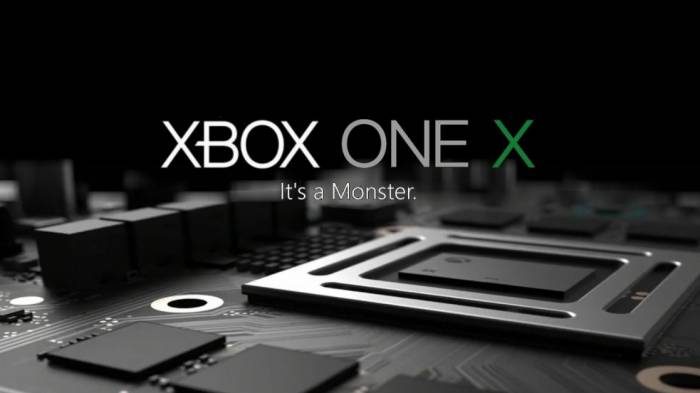 In this category, the winner cannot be solely decided as both the platforms have their own features and are good at their own level which makes us give it as a tie.

In the picture, you can find the full comparison between PS4, PS4 Pro, Xbox One and Xbox One X consoles. These comparisons are wholly based on CPU, Graphics and Memory Performances. It will give an in-depth insight of the console's specifications and inbuilt structure. 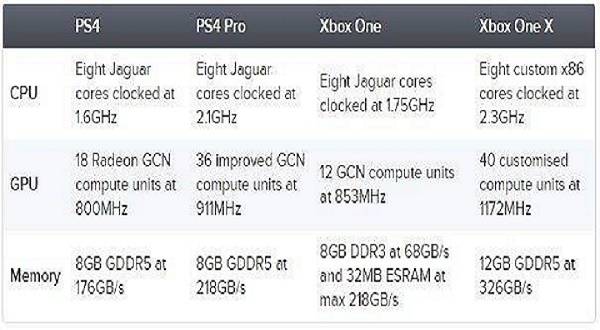 #6 WINNER - Which Gaming Console you should prefer buying?

Since the launch of PS4 Pro, it has been implementing new features and updates whereas Xbox One X is several months away but has power pack plans in taking Sony's PS4 Pro and capturing the console market. If you are willing to play 4K 60fps games than Xbox One X could be worth waiting, but if you are eager to play and can't wait, PS4 Pro gives you a 4K experience 30fps gameplay. 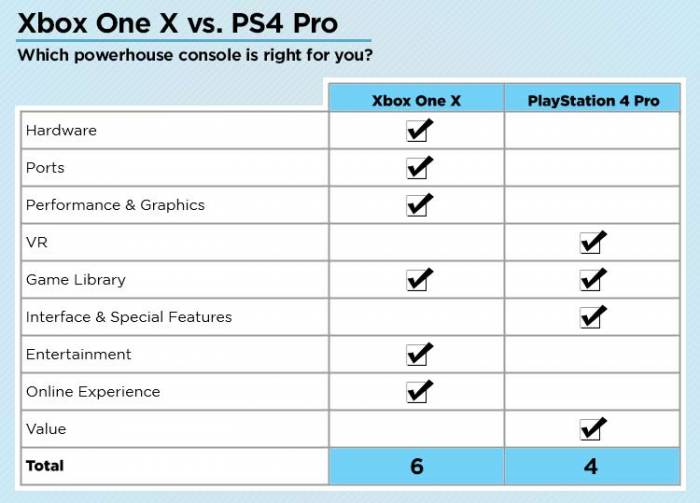 The Xbox One X is our top console pick, assuming Microsoft’s promises come true you’ll get powerful performance even in 4K. As shown in the picture comparison between PS4 PRO and Xbox One X, X clearly takes over PS4 Pro by 2 Points.