YOU'RE FIRED! Kaepernick To Say Goodbye To 49ers Because Of Protests!

Posted by Michael Avery in Sports On 20th October 2016
ADVERTISEMENT

Essentially it seems they are telling Kaepernick that he’s fired amidst all the drama he created over his flag protest which many fans feel was a disrespect to the country which gave him these opportunities to excel into a position so many athletes work so hard to be in. 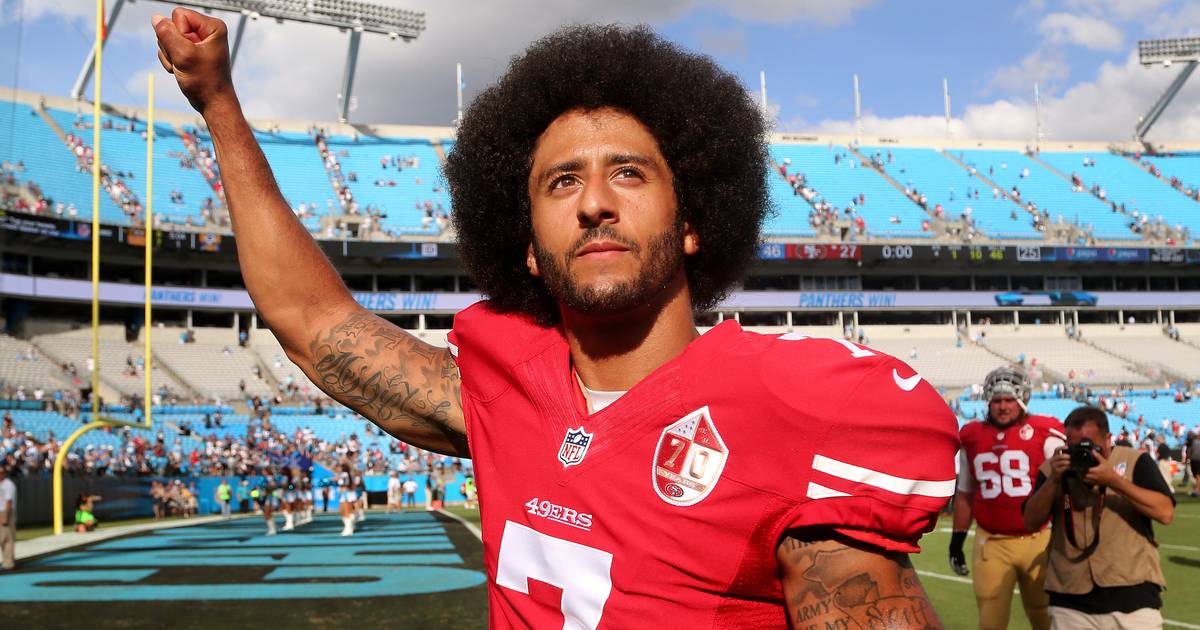 Trust me, I can't believe we're still talking about this situation either.

As you've all heard, San Franciso 49ers quarterback Colin Kaepernick has been protesting the national anthem by taking a knee while it's sung. His justification is that he doesn't want to honor a nation "that oppresses black people". 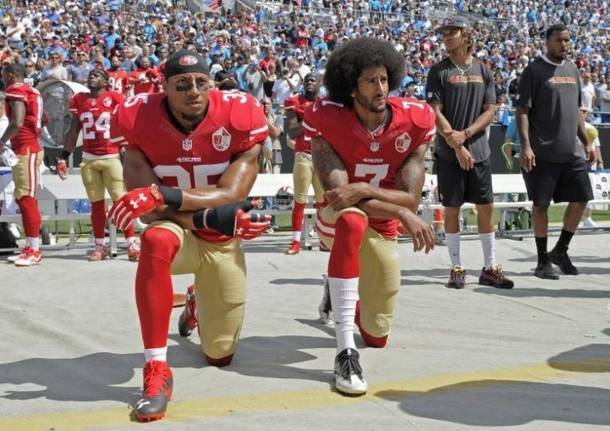 It's drawn him some praise, with a few fellow teammates joining the protest, but for the most part, it hasn't gone well. He was booed entering the field at a home game in San Francisco of all places and trust me, the cities he's going to be playing in only get more conservative than San Francisco.

According to the polls, while 63 percent of blacks support his protest, only 24 percent of whites do. Overall, 47 percent of Americans under the age of 34 support oppose his protest, while 39 percent support it. Of Americans aged 55 and older, 65 percent oppose the protest.

Most damning to the NFL if they do nothing is that 44 percent of fans stating they would stop watching the 49ers' games if players continue their protest. 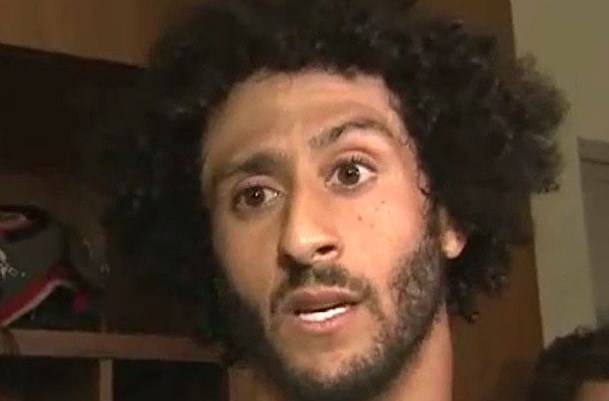 Now, Kaepernick is in hot water.

It looks like Colin Kaepernick will only be playing 11 more games for the San Francisco 49ers, and then, "you're fired!"

Apparently, they do need him for the next 11 games, but after that, the 49'ers are done with him.

He got a chance to play, and prove he's still NFL quarterback material as they started him for the first time this season, desperately needing to shake the 1-4 Niner's up, as the coach Chip Kelly said it was "one of the only maneuvers we can make." So they started Kaepernick instead of Blaine Gabbert. 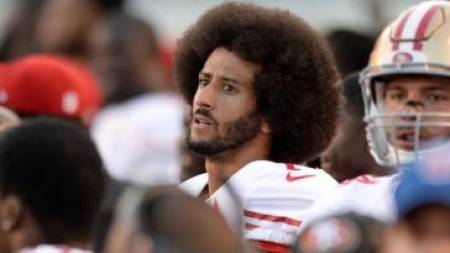 But it seems to be ending there as the ascent to Super Bowl starter, then last season's benching, then an offseason trade request, and now all the attention over the national anthem protest seems to have added up to this moment. 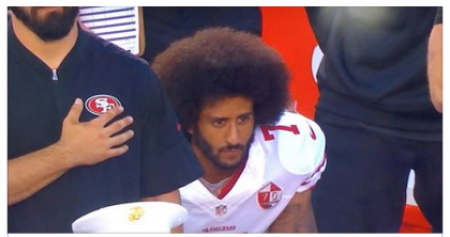 Both the 49ers and Kaepernick's agents have been working on a new contract that would be restructured so he would be able to be a free agent in March.

Essentially it seems they are telling Kaepernick that he's fired amidst all the drama he created over his flag protest which many fans feel was a disrespect to the country which gave him these opportunities to excel into a position so many athletes work so hard to be in. 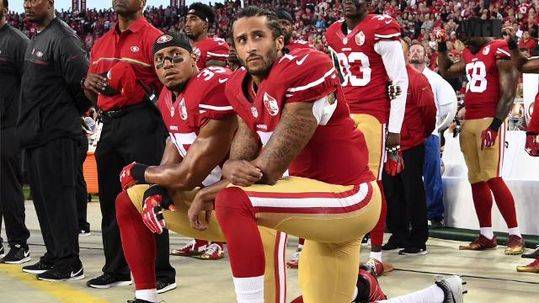 There may be spin regarding abilities and injuries, but it won't fool anyone. The main problem has been the drama he created for the NFL and the resulting money loss For the 49ers. 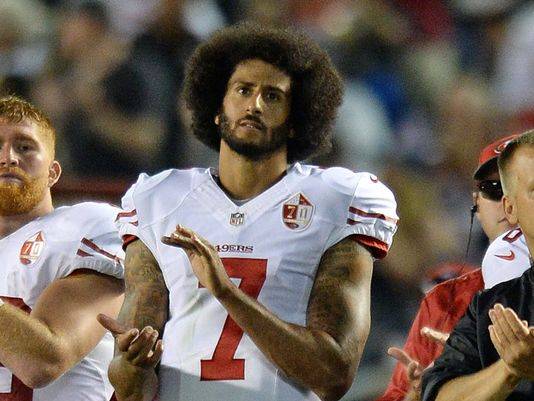 Advertisers are being refunded left and right due to viewership which is historically low, as viewers continue to protest against him. Monday Night Football had its lowest viewership ever and lost half it's viewership in only 2 weeks. 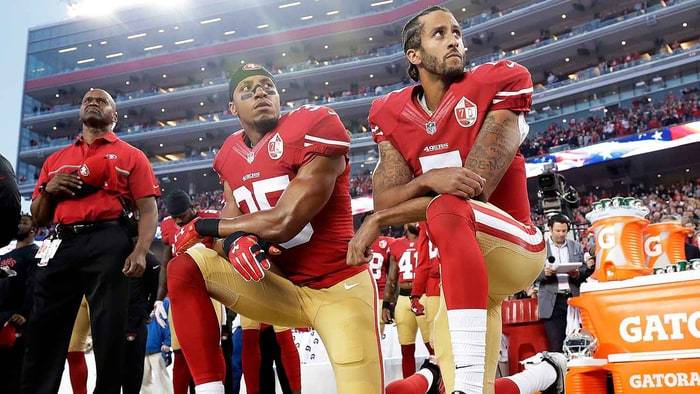 While Colin has garnered a large following of support for his actions, many others note that opportunity is also what this country stands for and are stating that it's hypocritical and condescending to disrespect that ideal and throw it all away as so many feel he's done. 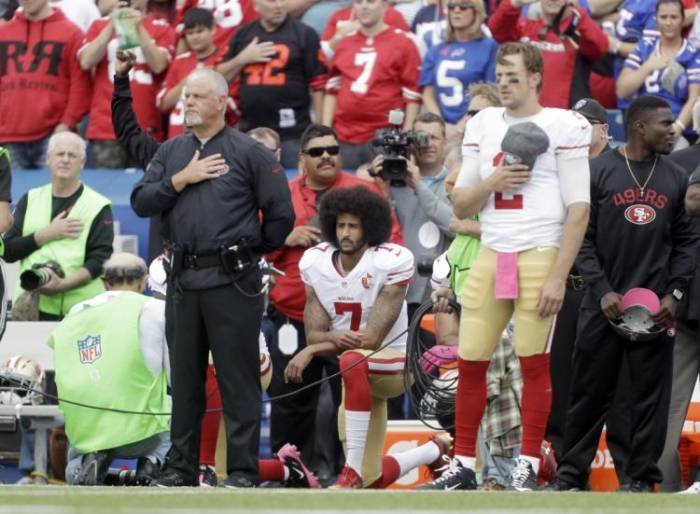 For anyone who needs a translation, that's a really polite way of saying "you're fired." 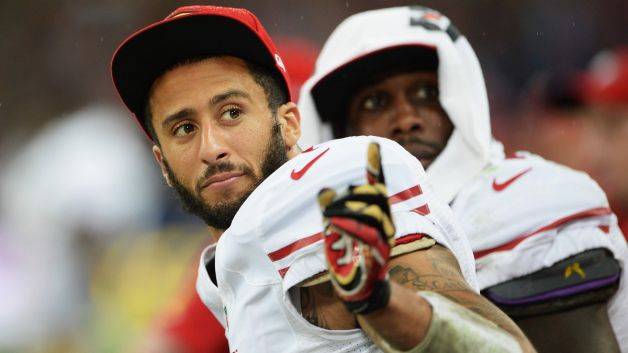 The only downside that I can see from this is that Kaepernick and his ilk will likely interpret this in a way that confirms their ideology of victim-hood. They won't see his departure as evidence that his protest was damaging to his team's brand, they'll just see him as yet another victim. At least he'll have a mansion to go home and cry to. 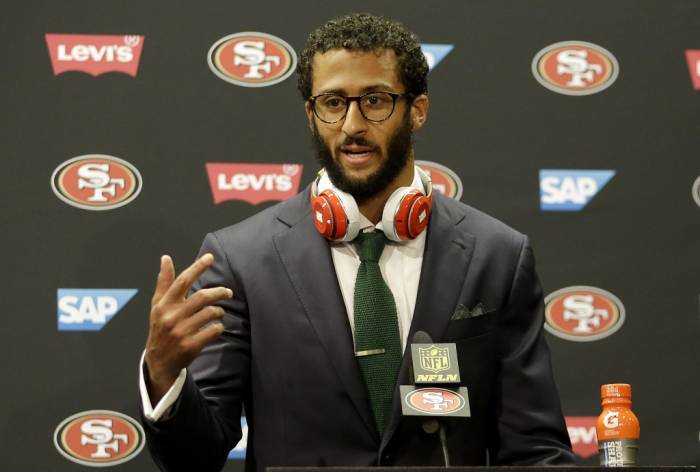