You Won't Believe How This Human Ken Doll Looked Before His Drastic Surgeries.

Posted by Michael Avery in Bizarre On 18th December 2017
ADVERTISEMENT

You can hardly go a day lately without seeing some kind of post about Rodrigo Alves, the newest "Human Ken Doll" to make waves. The body alteration addict has garnered the attention of millions online in his quest to look like the plastic heartthrob, Ken. You just never know what he's going to say or do next. Recently, photos of him before all the surgery have surfaced and you won't believe the difference. 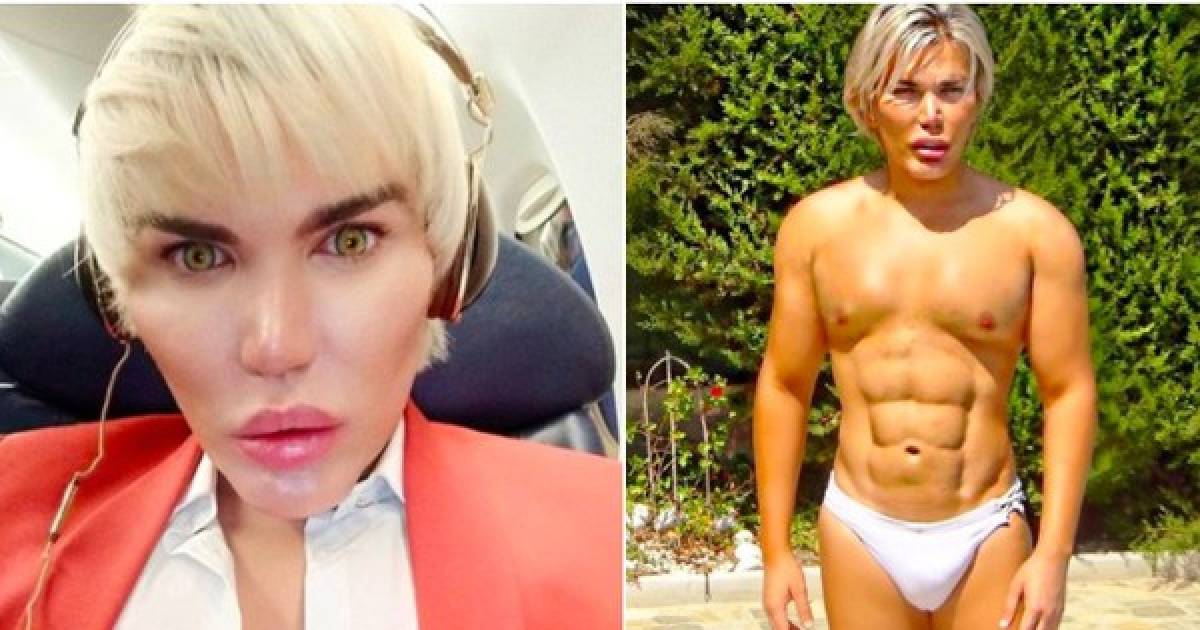 Rodrigo Alves has had over 60 surgeries and who knows how many nonsurgical alterations, done to his body. He's spent nearly $400,000 on his looks and his addiction to body alterations doesn't seem to be letting up anytime soon.

Alves began making drastic changes to his body at the age of 19. In the years since he has had abdominal and chest implants, several nose jobs, botox injections and a hair transplant. 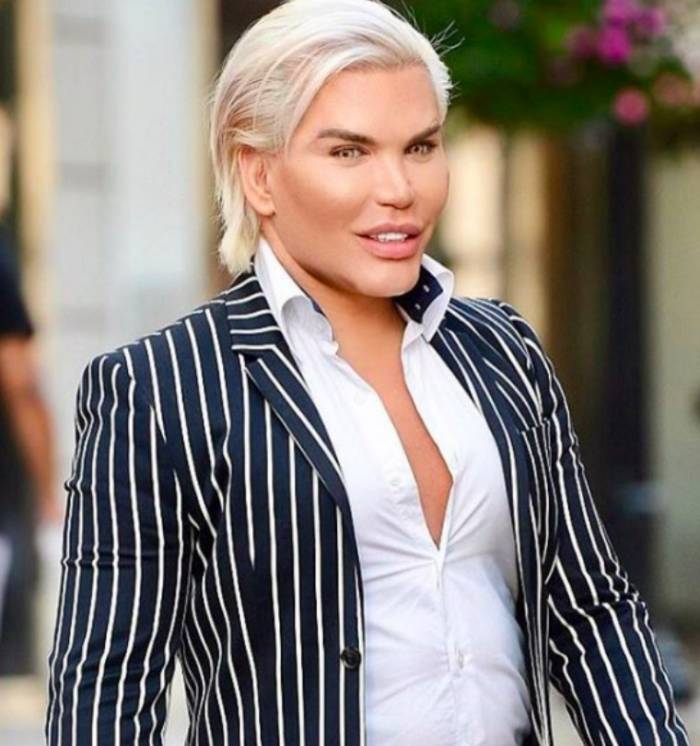 The now 34-year-old said that his hair transplant was just the beginning of his journey in which he hopes to become Barbie. He hoped that the surgery would help him appear more feminine. Alves is also interested in being admired for the "courage and bravery" that he shows for undergoing so many extreme procedures. 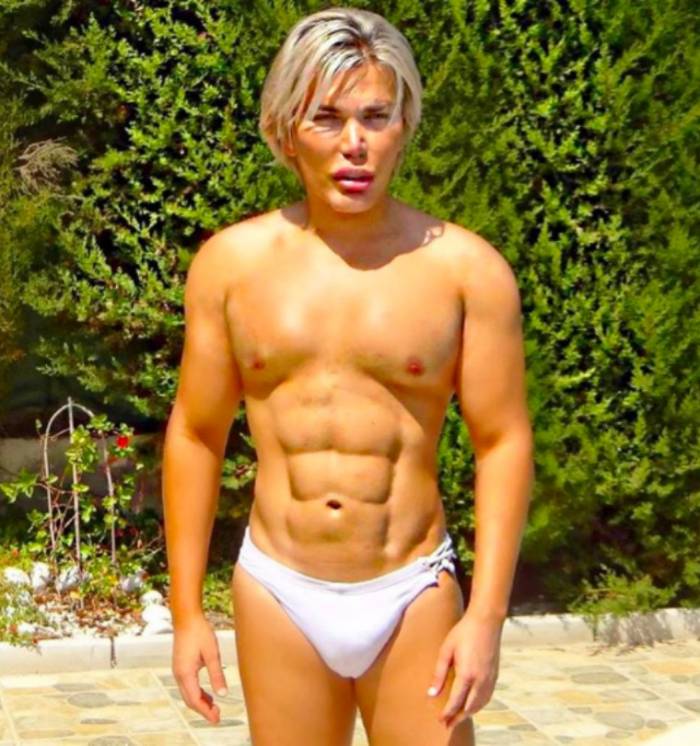 Alves changes his appearance so drastically, regularly enough that it's very hard for him to travel. In London, where he lives, the staff at the airport have gotten used to seeing him so they don't bother him about his passport photo. The same can't be said about other locations.

Recently, images of Alves before all of the surgeries have been posted online. 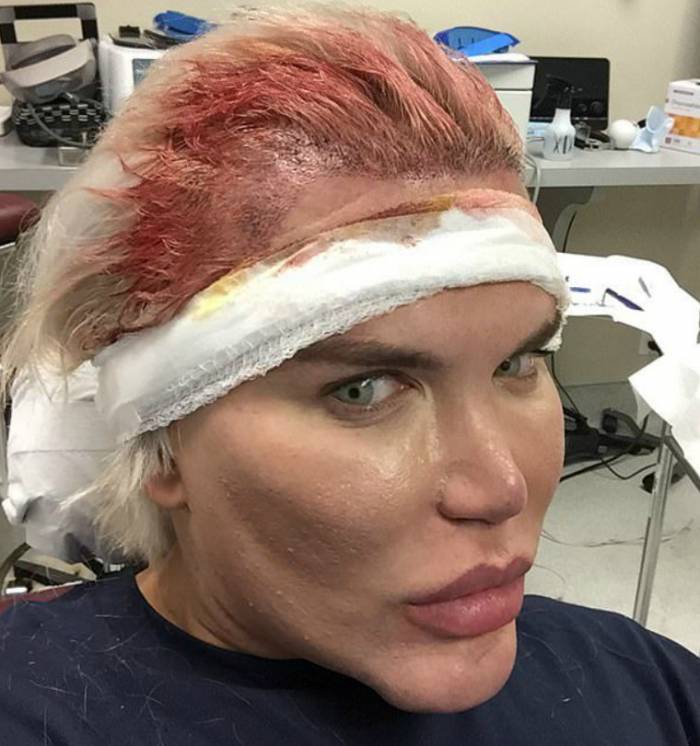 On his personal website, it says: "Rodrigo Alves became known worldwide for his courage in reinventing himself with the help of plastic surgery. This has given him the confidence to express himself with a unique fashion style, and has led him to be happy to enjoy life and a better lifestyle."

When you look at pictures like the one below it's very difficult to imagine that this cute kid would grow up to become a Human Ken Doll. 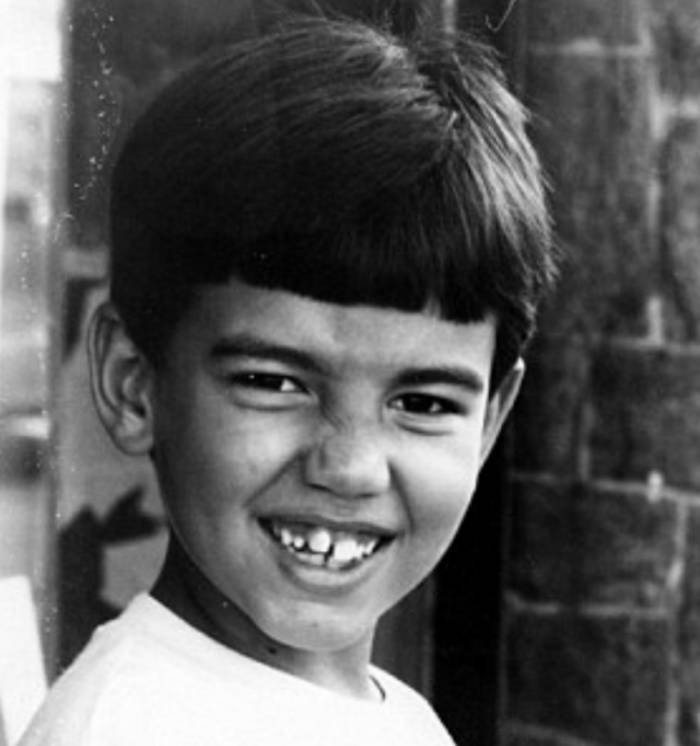 These days we can make nearly any change we want to our bodies thanks to major advancements in medical technology. Alves knows all about the latest procedures that are available to the public and has no plans of ever looking old.

In an interview with The UK Sun, he said: "Now I’ve achieved my dream face and body, I plan to stop the aging process using stem cell technology. I’ve already had lots of them injected into my face, scalp, and bloodstream." 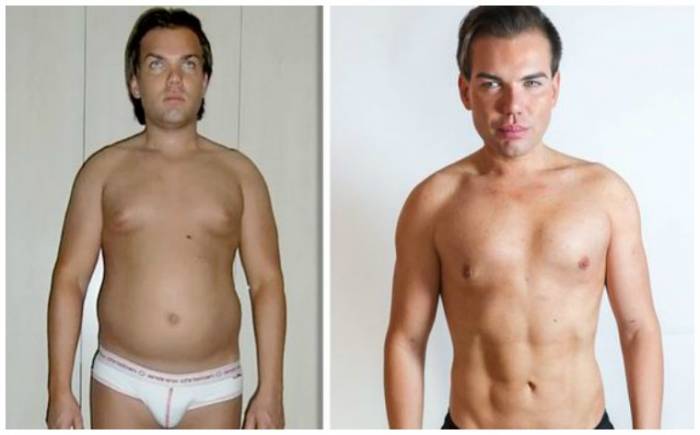 He continued, saying: "My aim to always look ageless and maintain my unique looks. After all, there is no other man or another Rodrigo Alves that looks like me. I get a lot of attention due to my artificial looks – but I finally love myself and that is the most important thing of all." 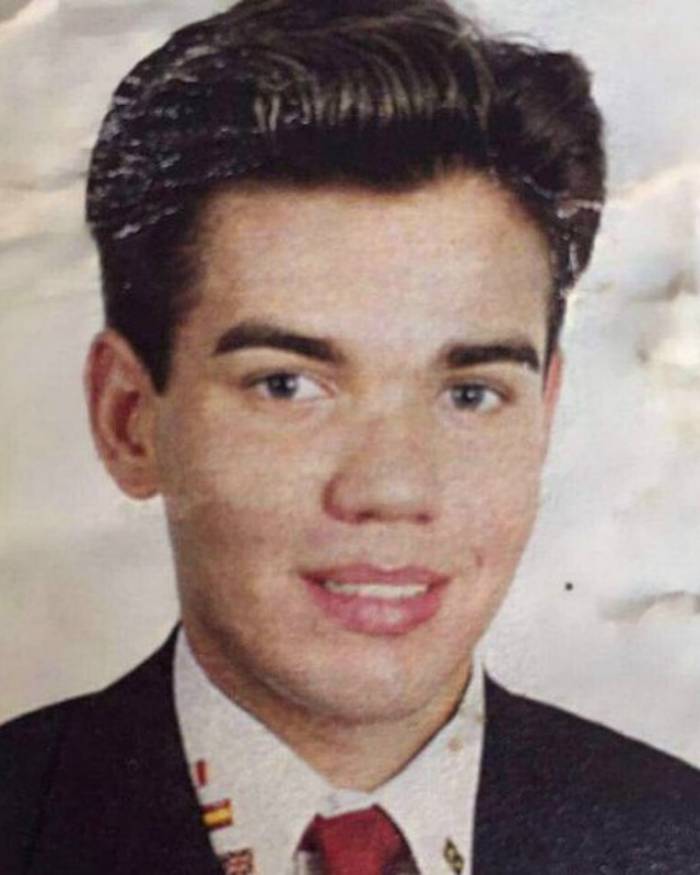 Alves strange looks have given him much fame these days but not all of the followers he has amassed on Instagram are there to praise him. Some of the 330,00 followers are there to give him negative remarks about his surgery obsession. Alves remains undaunted though, refusing to let his "haters" sway him from his goals. 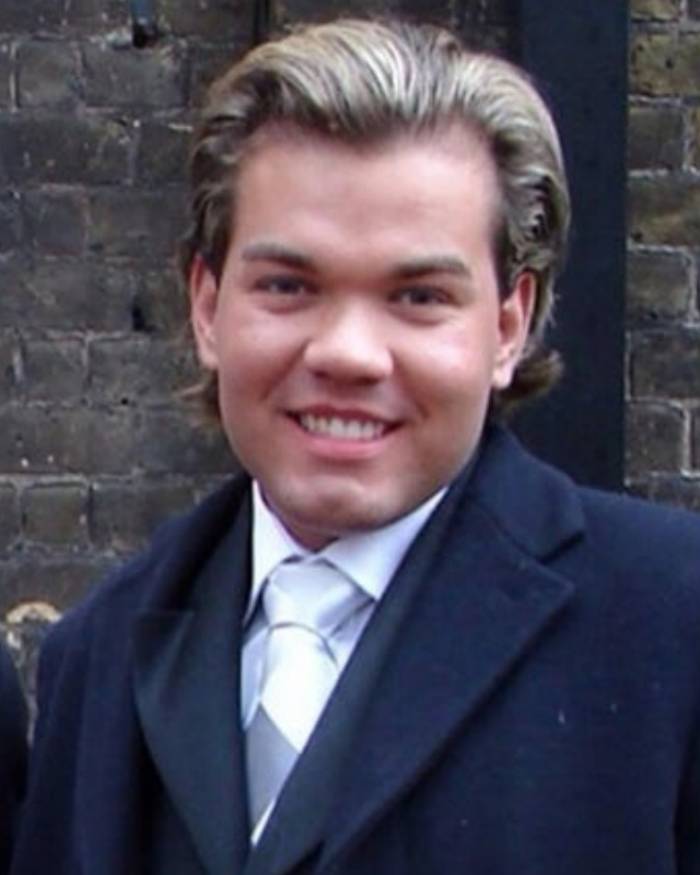 He said: "I have become an official ambassador on the subject of body image and plastic surgery. I have been honored by the Aesthetic Academy in the USA, and, from now on, I am will be speaking openly about plastic surgery to break the taboos and to teach people from my own experiences in a simple and easy going way without medical terminology."

Recently news was leaked that Alves would be filming a Bollywood movie. Just a few hours after he announced that he would be starring in a film, he was photographed exiting an adult store with bags that were full to bursting.

Alves says that his role will be one that he's semi-familiar with. He said: "My scene will be of a European man who is very flamboyant who comes to his friend’s wedding in India and gets lost in the big city of Delhi." 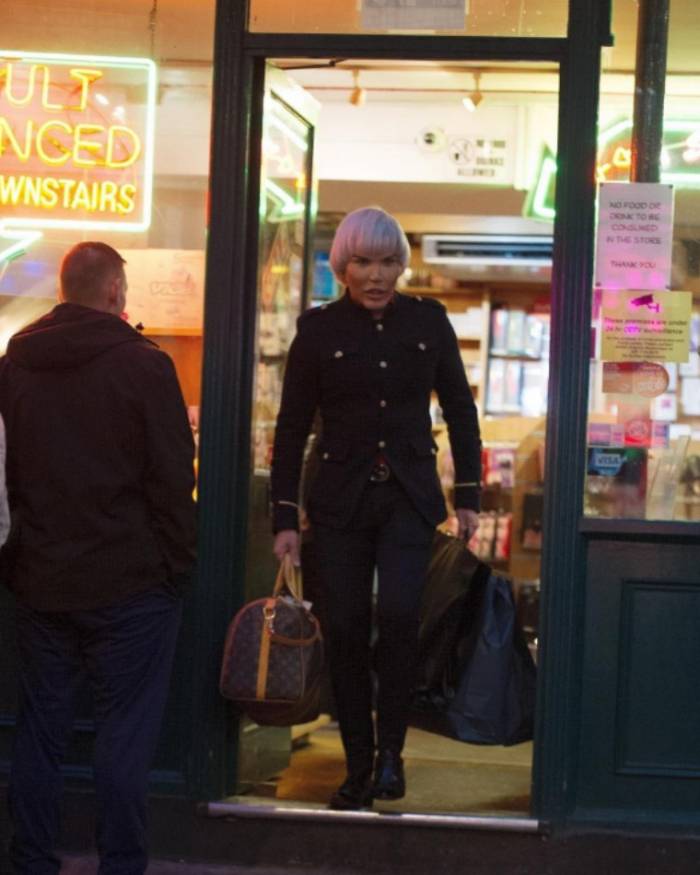 I think Alves is obviously super happy with what he bought at the sex shop. It's pretty clear that he is expecting to do much more than just appear in a Bollywood flick while he's in India. 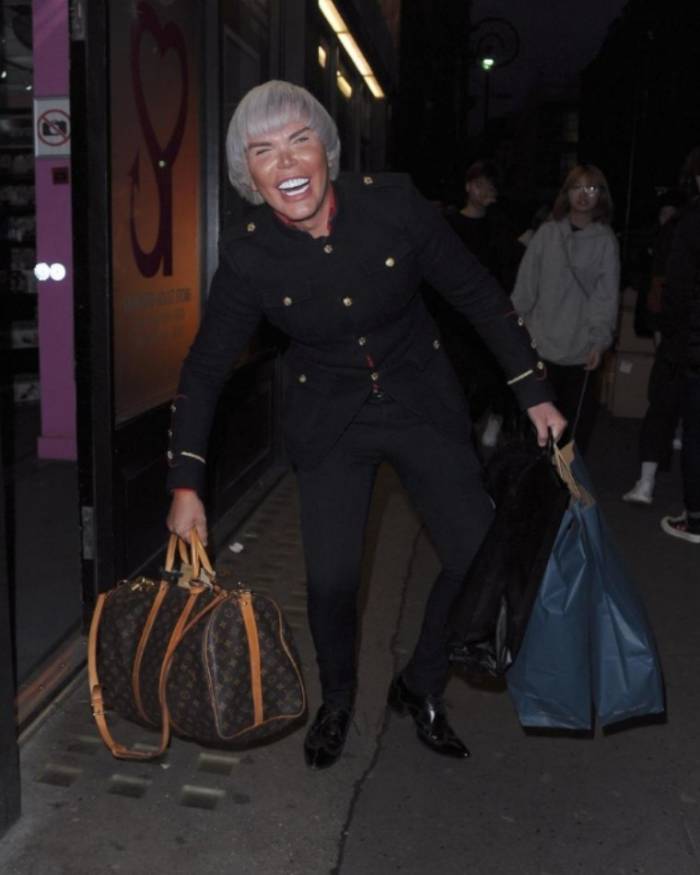 Alves isn't the only Human Ken doll in the world. Justin Jedlica has also undergone plastic surgery in a bid to look like Barbie's plastic boyfriend. Check out the 34-year-old below.

Hopefully, Jedlica and Alves both have much success with their Ken Doll quests.