Posted by Sama in Life Style On 21st March 2018
ADVERTISEMENT

After Kenya, Zimbabwe is the second country in making an effort to fight the stigma related to albino and other skin diseases. The country held a beauty pageant contest, "Beauty Beyond The Skin" giving a chance to people with beauty contest to flaunt their beauty and intelligence both. According to the event organiser, the reason behind the event is to equip the new generation suffering from albino or other skin diseases with confidence and courage and to show the world that these people are no less than a normal person. 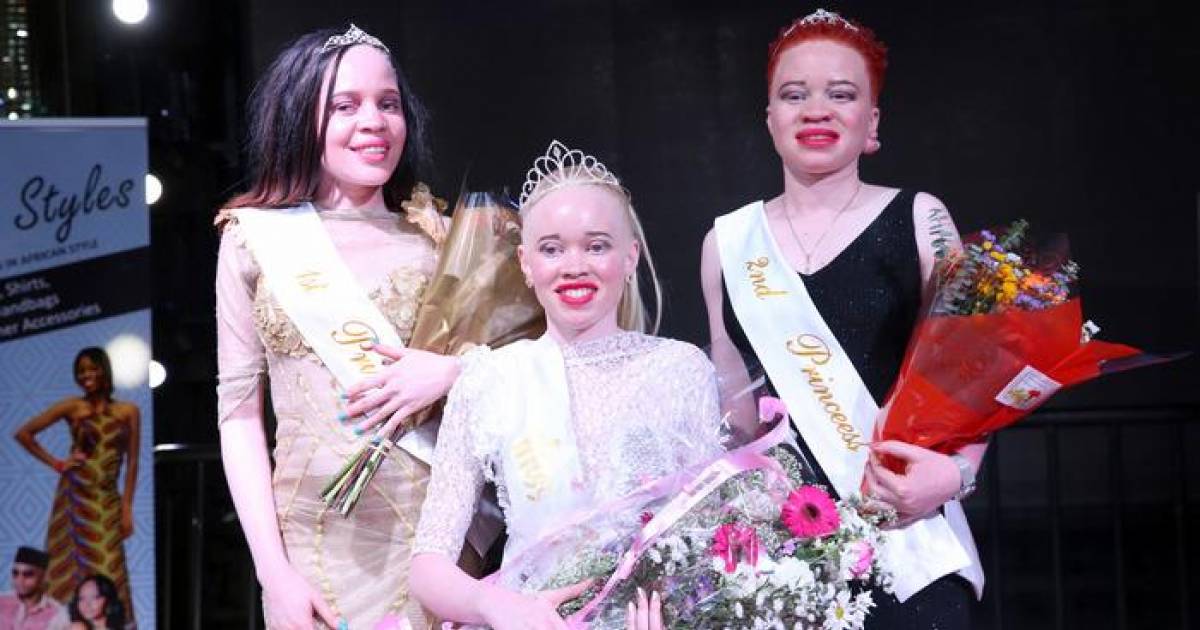 In an amazing initiative, first, ever beauty pageant titled as "Beauty Beyond The Skin" is held in Zimbabwe. First, of its kind, the albino beauty pageant was held in Harare nightclub and the main reason behind the event is to fight the stigma related to skin diseases, proving the point beauty comes in all forms and colors. 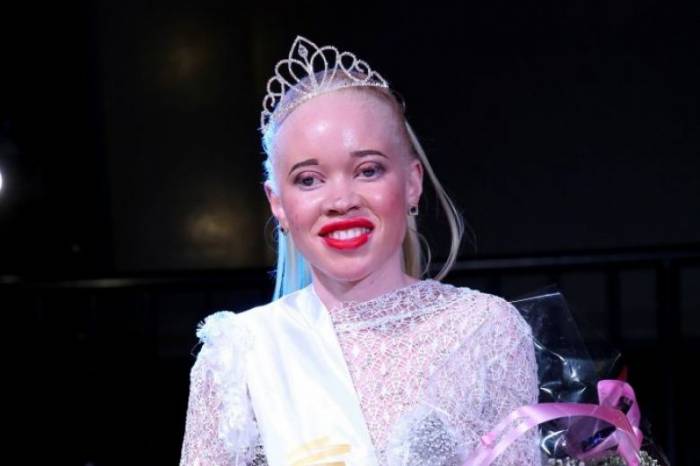 #2 "Beauty Beyond The Skin"

After Kenya Zimbabwe is the second country to host such a beauty contest. Like many other skin disorders, Zimbabwe also has a dark history related to albinism. Albinism is a condition which is genetic, in it, the body fails to produce melanin affecting the pigmentation of the skin. Though it is purely a medical condition, many African countries have treated this disease as a stigma and a lot of myths are attached to it. 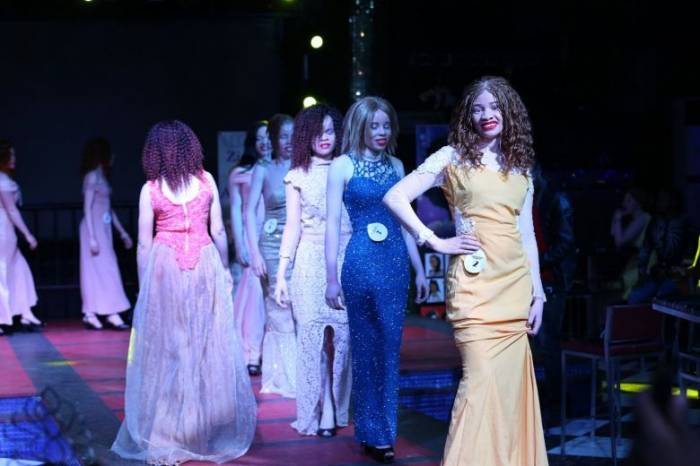 According to history, people with albino and other skin diseases are hunted down in some African countries by witch doctors for their body parts which are used in potions to bring good luck or riches. Some are even kidnapped and sold by relatives out to make a fast buck. 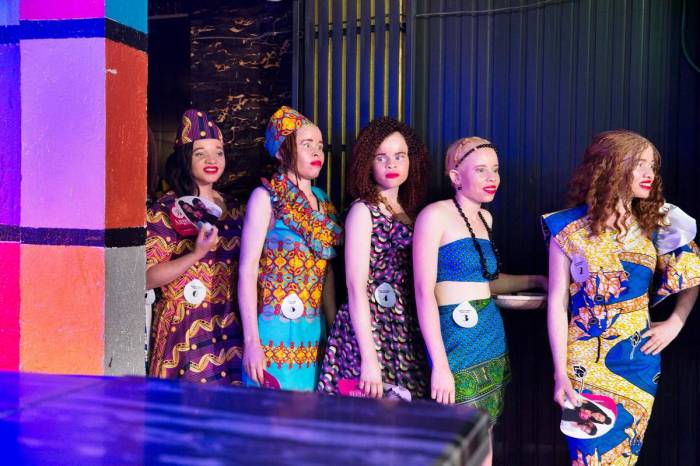 Looking stunning and oozing with charm and beauty in her beautiful gown, 22-year old Sithembiso Mutukura beat 12 other contestants and is crowned as the Miss Albino. In her interview, the social work student at the University of Zimbabwe told AFP after winning the crown said, "The people with disabilities are always looked down upon even in schools. I have gone through a lot but I want people living with albinism to be brave and persevere in life. We must continue to advocate for our rights and I hope my win will empower the girl child. People with disabilities must not look down upon themselves." 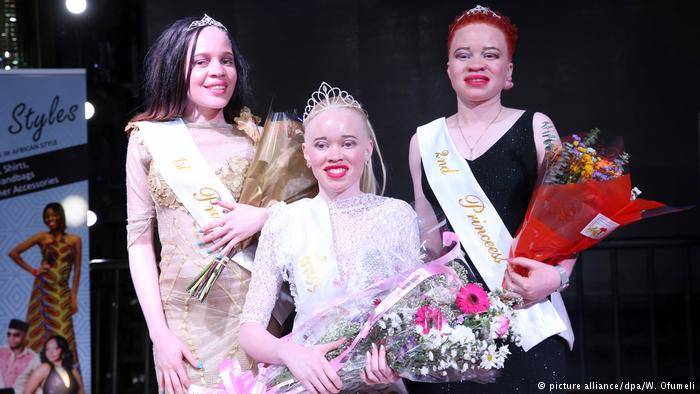 The contestants dressed up beautifully walked down the catwalk with confidence in their gowns and traditional African robes. The contestants were asked a number of questions and winners were announced on an overall basis. The winner was awarded food hamper and US$85 (S$112). 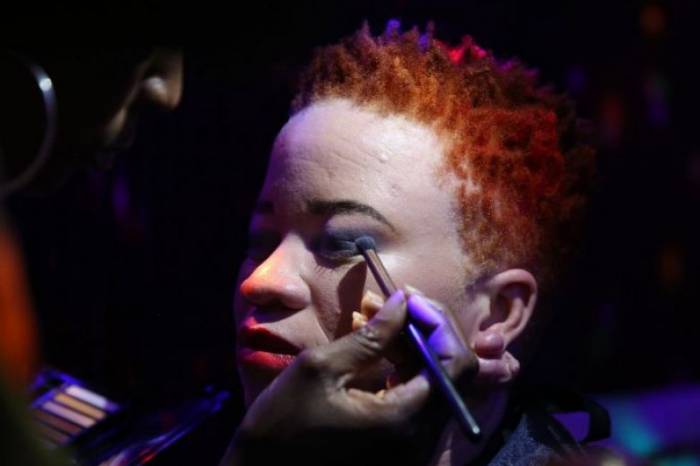 #6 Mudzimu Wishes To Arrange An Event On Global Level

Mudzimu says she wishes to arrange an event like this on a global level. She said, "This will be an annual event which will later be advanced to Miss Albinism Africa and Miss Albinism World because we want to reach all corners of the world. The southern African country has about 39,000 people living with albinism." 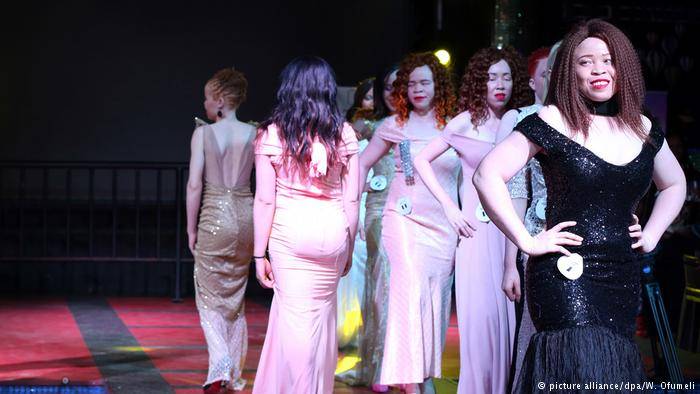 The guest of honor for the event was a government representative, Tapuwa Muchemwa. According to Muchemwa, the government is dedicated to fighting for the rights of albino, "We as government strongly advocate that people with albinism deserve their right to life and security and to be protected as well as the right not to be subjected to torture and ill-treatment." 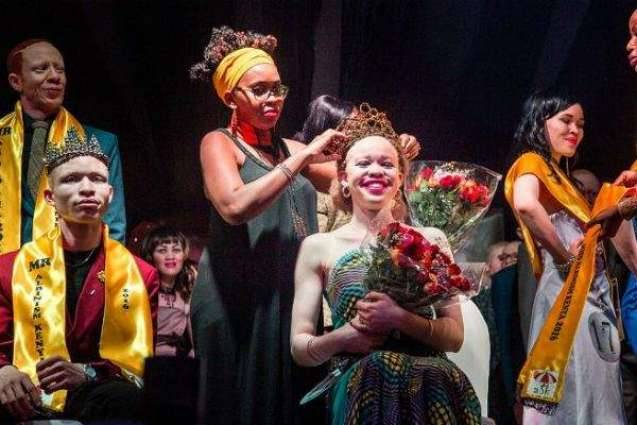 According to a research, the rate of albinism is much higher in Africa as compared to other countries. Unfortunately, the mortality rate is very low and reportedly more than 90% of the people with albino die before they reach the age of 40 in Africa.