Posted by Zainab Pervez in Entertainment On 27th June 2022
advertisement

Ben Affleck’s young son Samuel got behind the wheel of a yellow Lamborghini SUV and smacked it into a parked BMW during test drive. The incident took place on Sunday at a car dealership in Los Angeles. 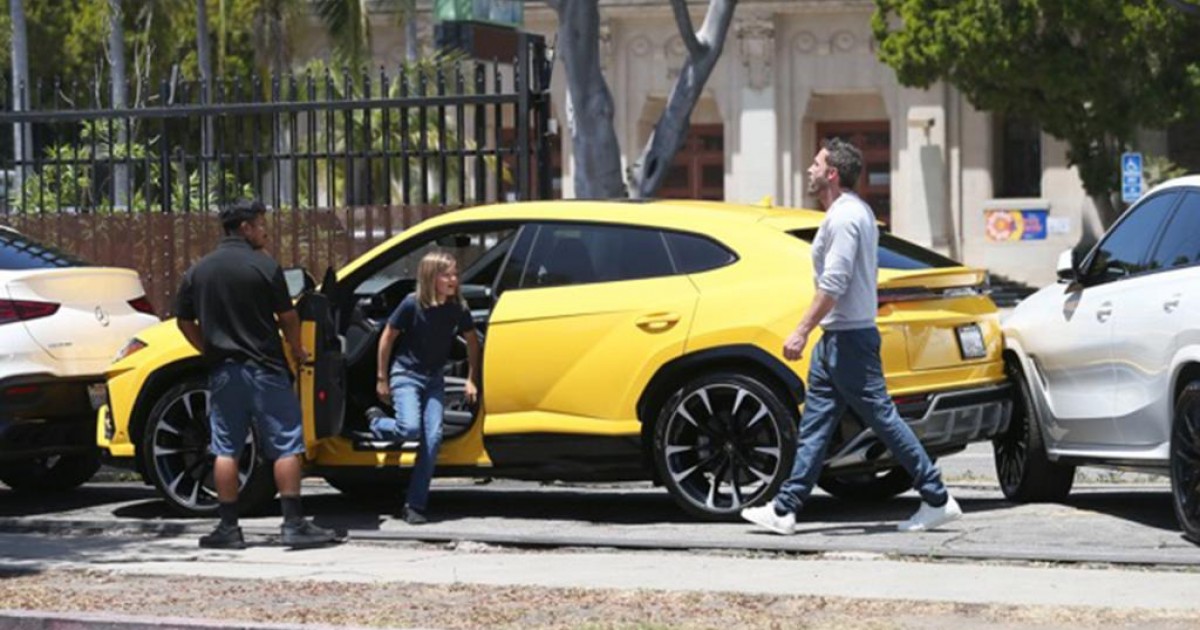 Ben Affleck's 10-year-old just got into a little mischief ... by jumping into the driver's seat of a VERY expensive Lamborghini, and with the engine running he put it in reverse and it made contact with another car. The preteen was at a luxury car rental dealership with the actor, 49, and Jennifer Lopez in Los Angeles on Sunday when he received permission to get in the driver’s seat of the Lambo. 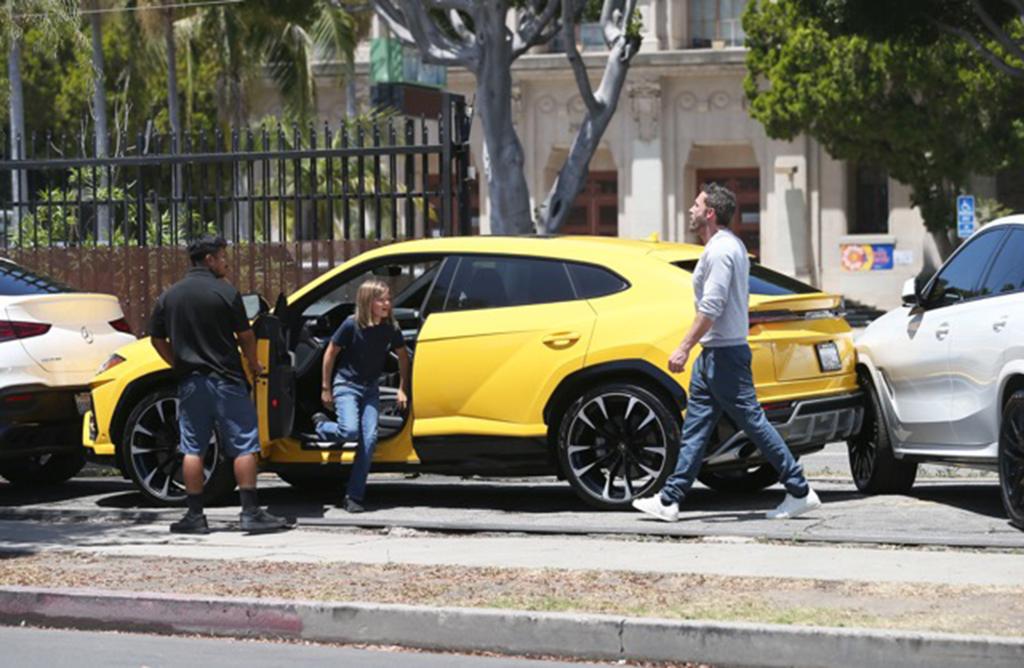 Ben and Jennifer Lopez went with Samuel Garner Affleck to 777 Exotics, a Bev Hills luxury car rental dealership. They were all looking at various cars when Ben let Samuel hop into the driver's seat of a yellow Lambo. The car — a Lamborghini Urus that rents for a whopping $1,475 per day and costs nearly $250,000 to buy — went into reverse and made contact with a white BMW. 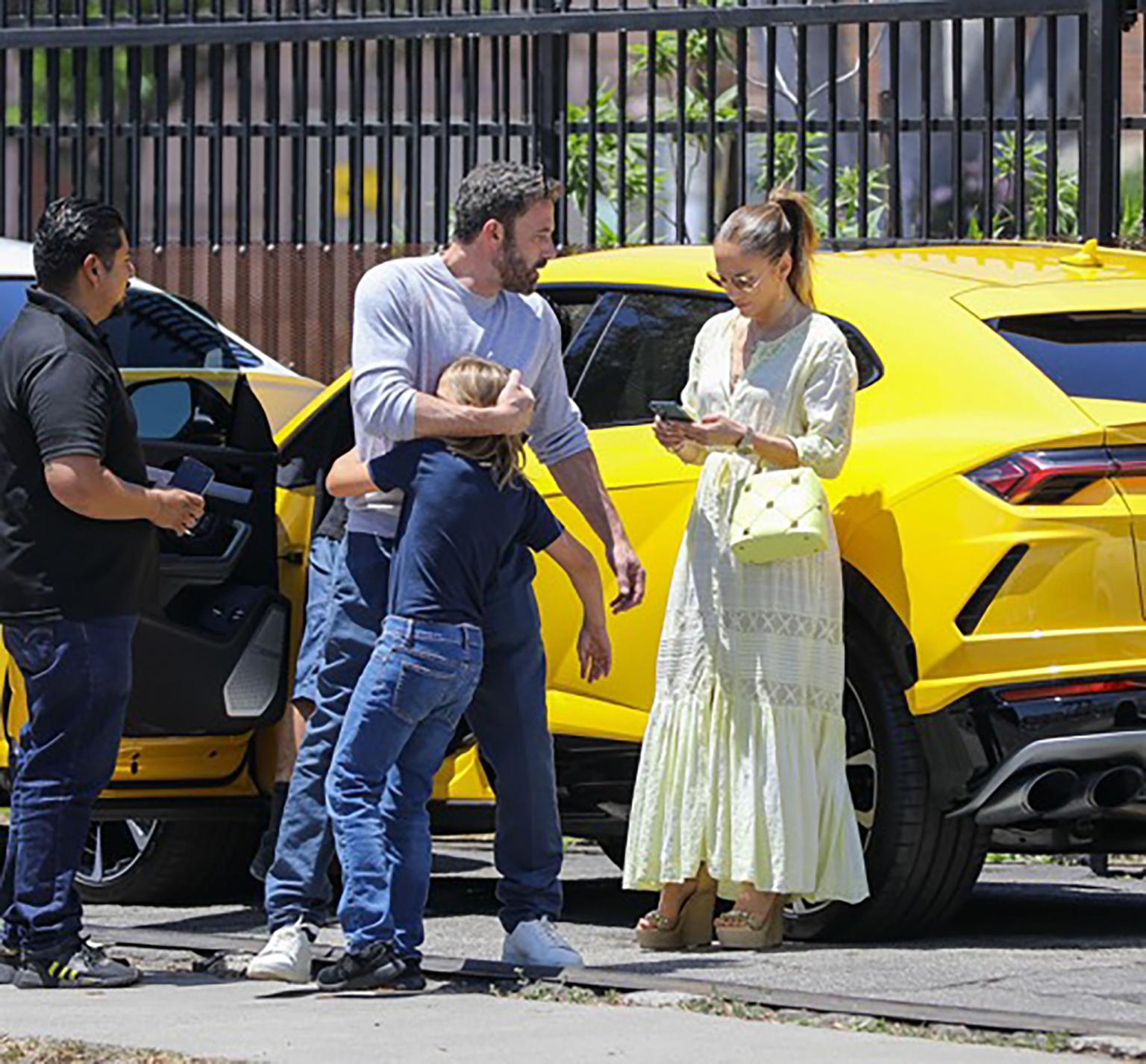 Samuel Affleck then got out of the car and checked on the two cars, according to the footage. Ben Affleck also checked for damage and comforted his son following the incident. He wrapped an arm around the boy in a tight embrace, a photo shows. 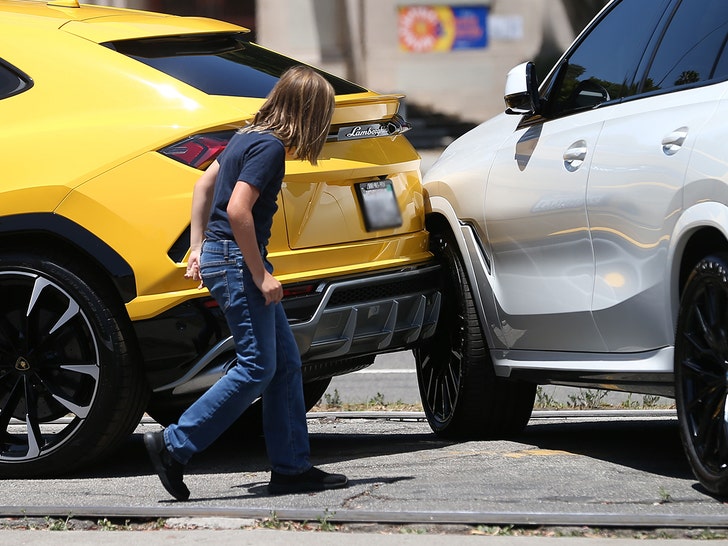 A representative for Affleck told there was no damage. An employee from the dealership, 777 Exotics, told The Post that the cars in their lot are parked tightly together.

“When [Samuel] got into the car, it jerked back and forth,” he said. “We have a small lot and the cars are close.”

No one was injured and there were no hard feelings, the employee said. “Everybody was OK!” he said. 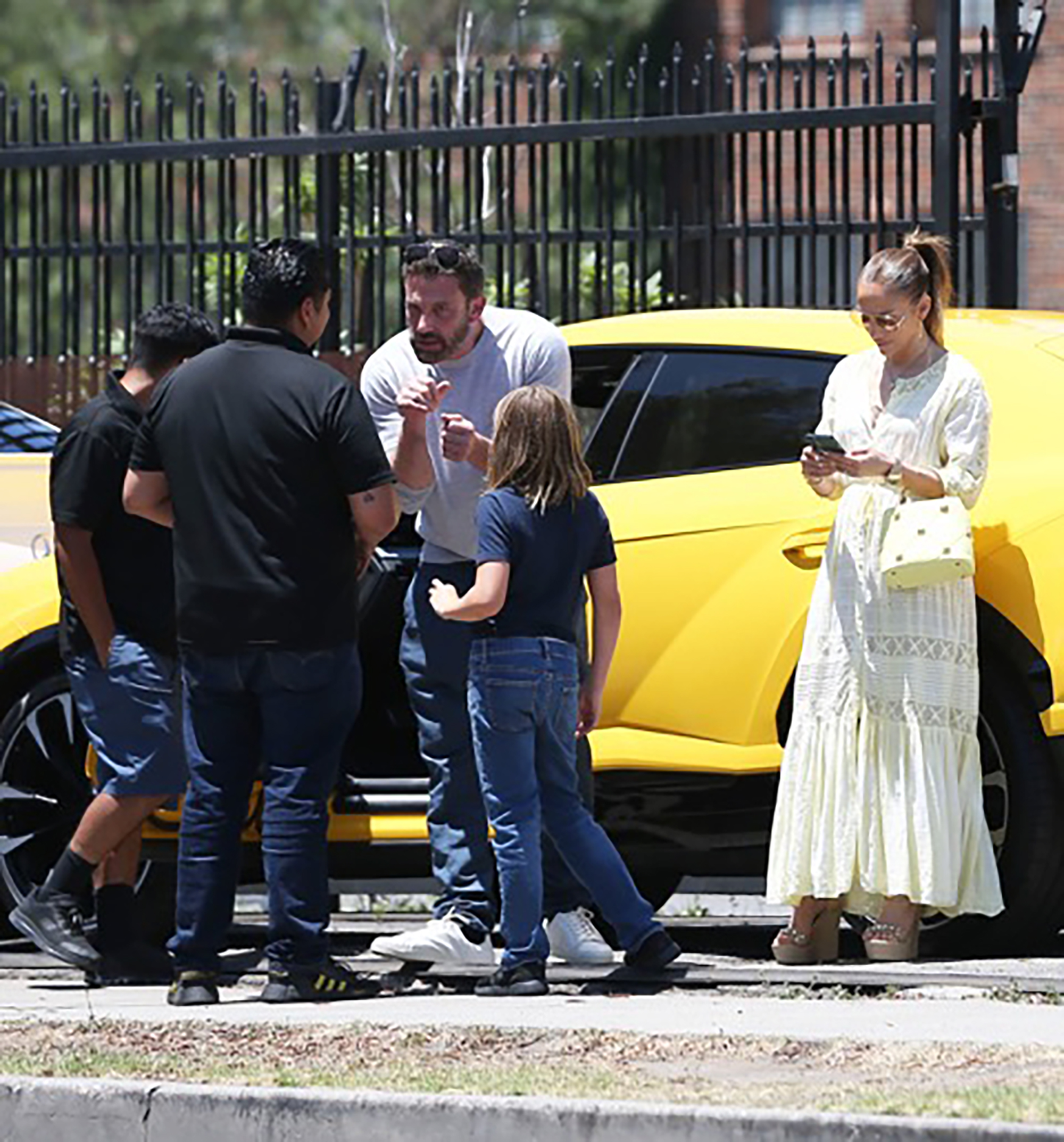 “They seemed happy and continued to browse.” The dealership would more than gladly welcome the stars back, he added.

“Affleck loves cars,” the dealership staffer said. “We hope they come in again.”

The Oscar winner shares his son as well as daughters Violet, 16, and Seraphina, 13, with ex-wife Jennifer Garner. Affleck and the actress, 50, have co-parented since their June 2015 split. 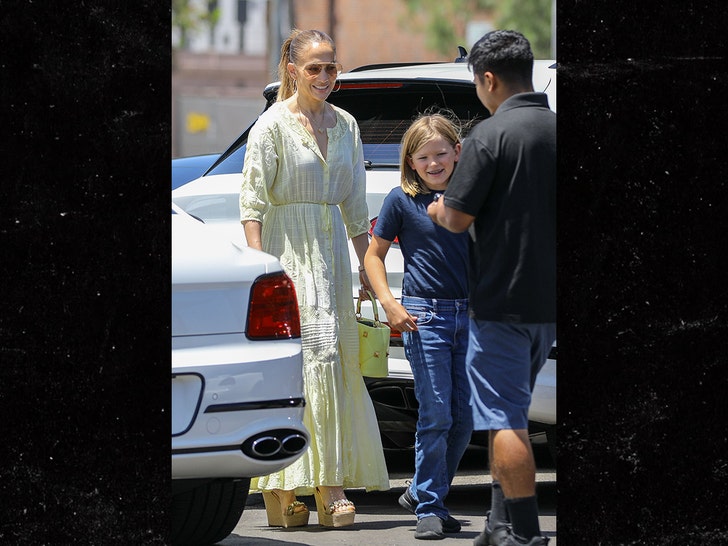 Ben Affleck told WSJ Magazine that,  “it’s important to have two parents” raise children. “You need a father for positive reinforcement,” he explained at the time. “I got that from my father — and missed it when he wasn’t there.” His fiancee Jennifer  Lopez co-parents twins Maximilian and Emme with her ex-husband Marc Anthony. 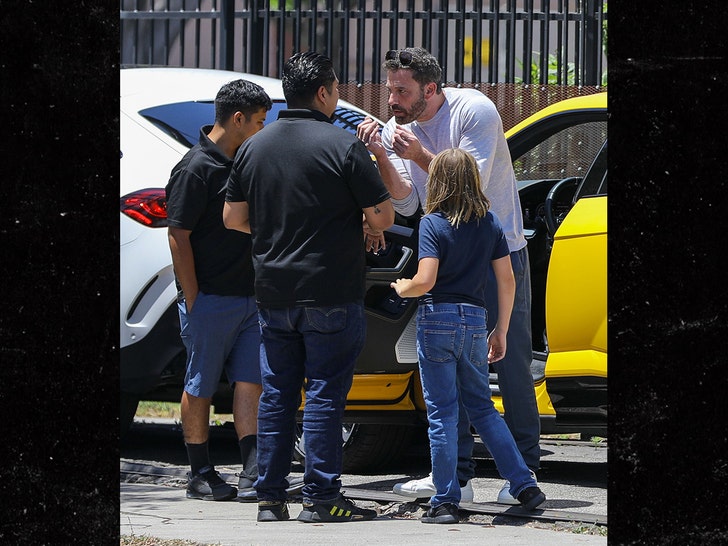 J.Lo and Affleck got engaged in April for the second time after rekindling their romance last year.