Posted by Sama in News On 22nd June 2021
ADVERTISEMENT

A disturbing video shows a white woman pulling a gun on a group of black teenagers while the two sides are seen engaged in a battle of words. What is more unsettling seen in the video clip is that one passerby was unfazed by the gun, and can be seen walking past the gunwoman to go into the Lids hat store behind her. 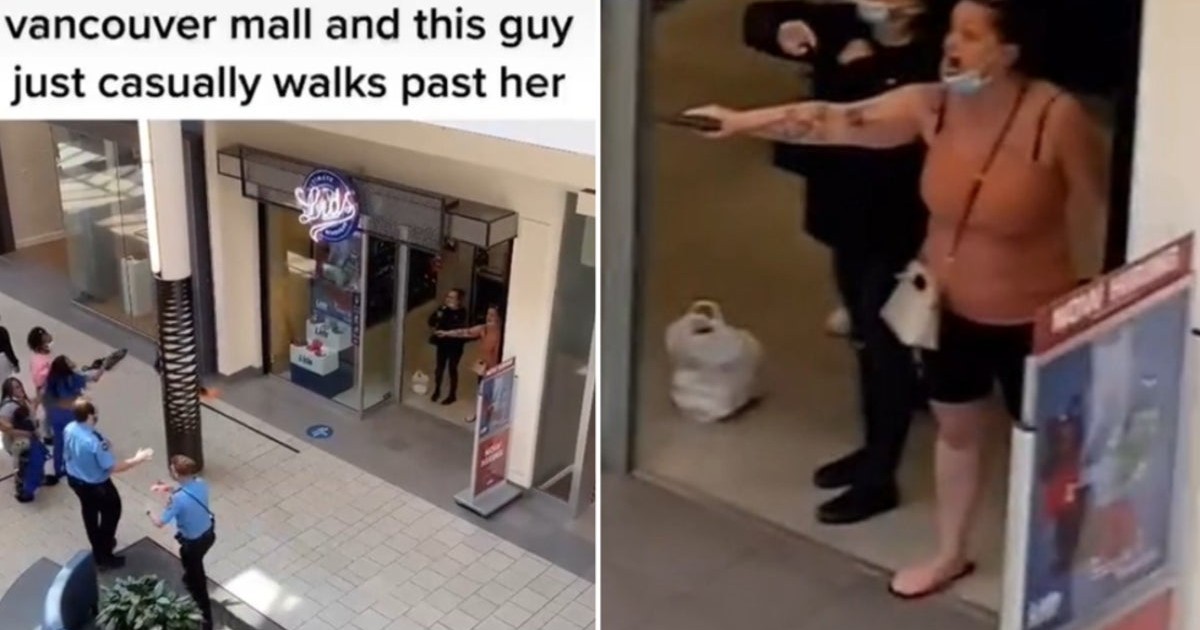 A shameful act captured by a person on TikTok where a white woman is seen pulling a gun on a group of black girls in a shopping mall has left the internet reeling with disgust and anger.

The short clip shows the angry Karen arguing with the black teens outside a Lids hat store at the Vancouver Mall, in Vancouver, Washington. 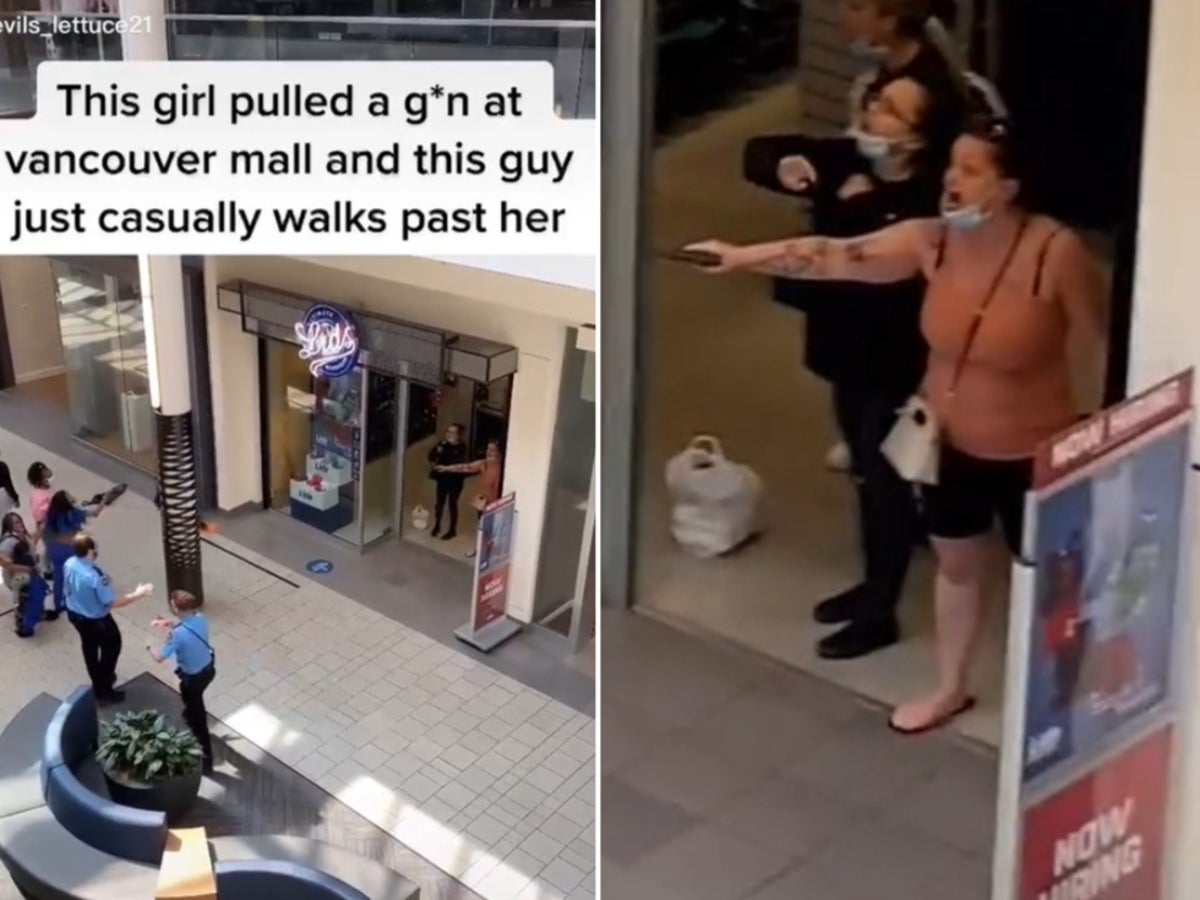 Though the video shows both sides instigated and angrily shouting but, as the passerby, Theo zooms in on the commotion, the white woman can be seen pointing a gun at the group. 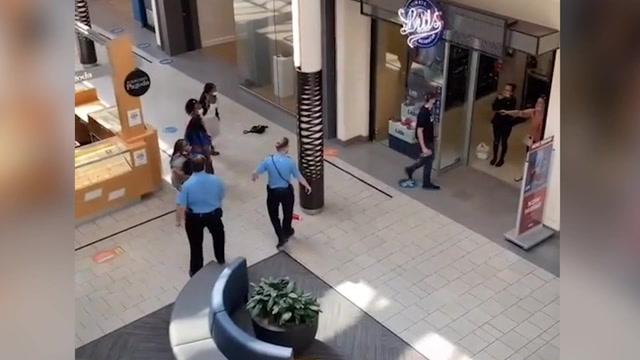 Mall security is seen attempting to calm the situation, yet they fail to snatch the weapon from the woman.

As if the whole situation couldn't go any crazier, one passerby seems unaffected by the gun and is seen walking by past the Karen and into the Lids hat store as if he couldn't care less if someone was carrying a grenade at that moment. 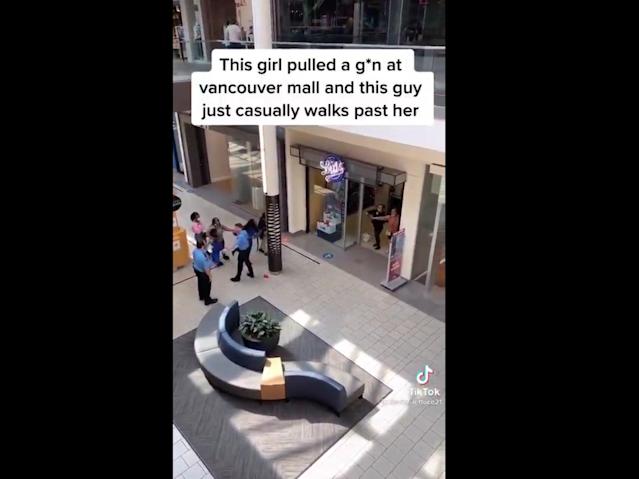 TikTok user Theo captioned the clip: “This girl pulled a gun at vancouver mall and this guy just casually walks past her.”

The video has gone viral and people are reposting it on various social media platforms.

Most people shared their anger and disgust but many responded as to how they are no longer surprised over the whole situation and how the zero role played by the police are not even upsetting anymore.

One person said: “Why are the cops not stopping her instead of the other girls?”

Someone else added: “Can we talk about the cops not restraining the person with a gun but are literally hovering over the other women.” 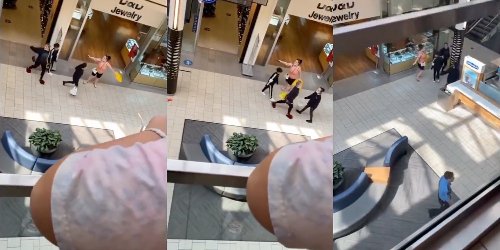 “I love how the cops are doing nothing but let it be the other way around...” A fourth person replied.

Others jokingly commented on how unbothered the customer was who walked past the gunwoman.

One person said: “He really said that ain’t my problem.”

“Bro was late for work,” another person wrote.

Someone else replied: “When your boss tells you that you’re fired if you’re late from break one more time.” 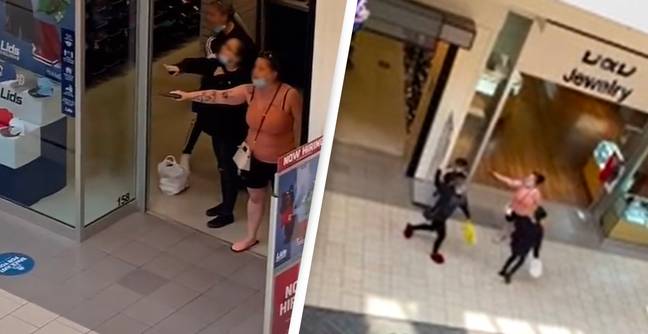 Someone else replied: “When your boss tells you that you’re fired if you’re late from break one more time.”

Meanwhile, another video of the incident from a different angle was also being shared to Twitter.

In this footage, the woman with the gun can still be seen pointing her weapon as she leaves the Lids hat store with what appears to be her kids.

Unintelligible shouting can still be heard.

At one point, the children dangerously walk in front of the gun as they leave the shopping mall.

This woman pulled her gun in a Lids hat store. The Kids walked in-front of the gun.

I know, let’s make it even easier for these people to get and carry guns. Clearly they are responsible individuals. 😬

A representative for the Vancouver Police Department told Newsweek that no one was injured in the argument and the woman’s gun was determined to be unloaded during the incident.