Posted by Editorial Staff in Cringey On 13th March 2021
ADVERTISEMENT

A girl was having a video call with her mother and sister where her boyfriend came and handed her a cup of tea as she was having menstrual cramps. This made her family mad at the guy and accused him of being offensive to women. The girl went to the AITA board on Reddit to get a judgment on her act of not asking his boyfriend to apologize. 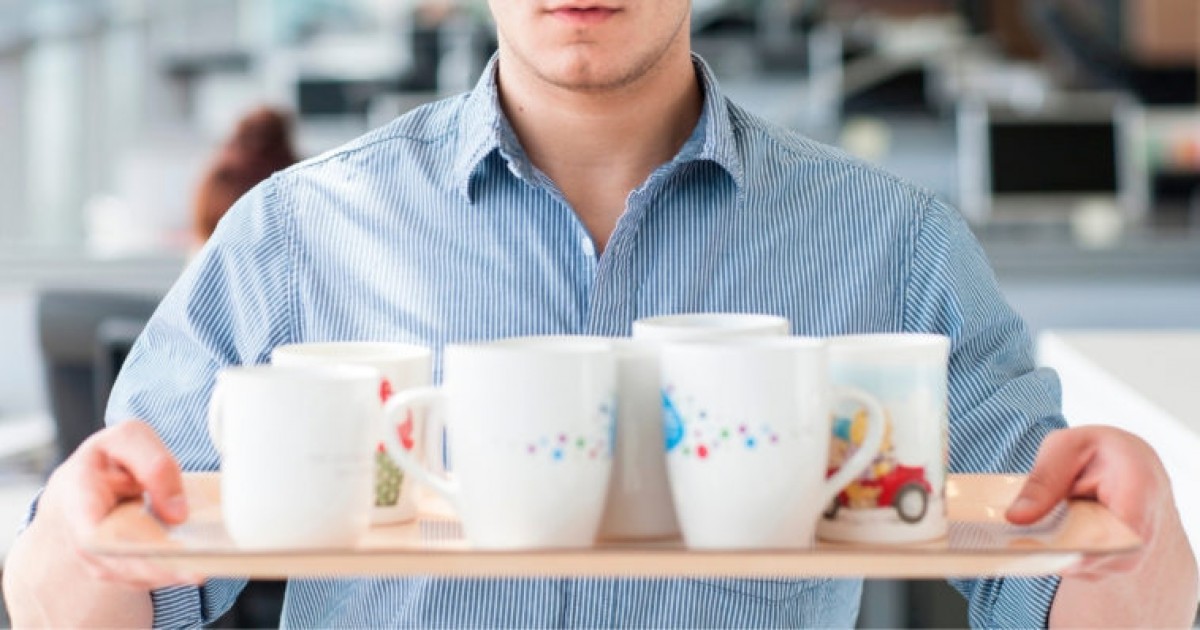 Considering there’s nothing harmful going on, there is no reason for anyone else to tell you how your relationship with your partner should be.

But the family has a way of expressing their views, and Redditor salty_funnelcake had to decide how to respond. The original poster (OP) went to the “Am I the A**hole” (AITA) board to know if her decision in action was suitable.

“AITA for not making my boyfriend (bf) apologize to my mom & sister?”

“So I was talking on zoom to my mom & sister Jen (fake name). At one point, my bf came in & handed me some tea as I had killer menstrual cramps and tea helps.”

“When Jen saw this, she said my bf’s actions were ‘offensive to women’ and treating me like a fragile princess was enabling me. She said her husband doesn’t help her whether she’s well or sick and that’s how a partnership between equals works.”

“This made me mad. My bf is a sweetheart and he understands that this time can be painful for me, so he helps out in whatever way he can.”

How Her BF Reacted

“I told Jen that when I’m well, I take care of him as well – pack his lunch (his office has reopened, but my college classes are still online), make him breakfast etc. She got even more angry and congratulated me for becoming a 1950s housewife. This was crazy!”

“I love taking care of my bf, but that doesn’t mean I’m giving up on my career. It’s just that I’m a morning person, so I handle morning chores, he does nighttime chores.”

“Jen went on about how offended she was until I left the call. Later, mom, unbeknownst to me, texted bf and asked him to stop helping me out whenever I was zoom because it upsets Jen.”

“He didn’t take her seriously, at which point she said he – an outsider – was disrupting internal family matters (This is the man who has made it abundantly clear that the minute our financials are in order, he’s asking me to marry him).”

“He lost it and said he’ll take care of whoever he pleases in his own house.”

“So, this is where it might have gone into a-hole territory. As my mom persisted, bf said he had to look out for me since no one in my family would. This is not very far from the truth.”

“Mom thinks older children always get the short end of the stick and has over-compensated by going the other way (e.g. I wasn’t allowed to cry as a kid because ‘younger children get it easier, so my problems were nothing in comparison to Jen’s’, I had to share my birthdays & milestone events with her so that she didn’t feel bad). This used to hurt, but I’ve made my peace with it.”

“Now my extended family is blowing up my phone, saying we were rude and hurt mom’s feelings. I got a text from my mom saying she did her best to be a good parent, but she was only human.”

“This made me feel terrible tbh. But then she added that she expected bf to apologize to her and Jen on zoom in front of the entire extended family.”

“I lost it! I’m not going to make him apologize for taking care of me just because they feel offended by it.”

“So AITA for not making my BF apologize to my mom & sis?”

The idea of the AITA sub-reddit is to pass an opinion on the actions of OP.

This is conducted with one of the following acronyms:

There are a lot of issues between OP and her family, but what a gentleman her boyfriend is when she has cramps shouldn’t be one of them.

OP is not the fool here.

“NTA. You would be TA if you tried to make this your boyfriend’s problem. This is a family problem; the dynamic around Jen as the golden child has been well established.”

“They emotionally abused you as a child and they are continuing to do so now. Your mom’s guilt tripping and employing extended family to pressure you further is not healthy or normal behavior.”

What People Said About The Story

“For her part, it sounds like Jen is miserable in a loveless relationship and wanted to take that out on you and your bf. Not your circus nor your monkeys. Pay it no attention.”

“NTA, your mom and sister are both absolutely ridiculous. They can voice their opinions but they don’t control what you or your partner do.”

“Your sister should be the one keeping it to herself and apologising to YOU. Your extended and direct family are TA. It’s a damn cup of tea” – Mammoth_Confusion195

“I’ll never get people being offended on the behalf of others when the person ‘affected’ isn’t even offended. NTA” – alongstrangesomethin

But there’s much more to speak about the situation. Especially the comment about OP having to share her birthday with her sister to make her happy.

"Seems to me that your sister is jealous AF, probably after years of being at the center of attention she can’t stand that your boyfriend is more supportive and nice than her husband. NTA" – Fergus74

“Even so, the fact that a hand with a tea mug came into view of the camera and she just lost her sh** is wild! Seriously, what is her life?” – aspermyprevious

“Honestly I would have started laughing at her after she called me a fragile princess. She was THAT upset over tea” – introverted_smallfry

“For real! Considering also that the one accusing OP of being a ‘fragile princess’ is the same person who OP had to share the birthdays with in order to not make her ‘upset’.” – Fergus74   It would appear that to OP her family has a lot of work to do to make things up. They may require to learn a little modesty too.

OP came back with an update regarding how she chose to tackle it and decided her best course of action.

“Update: Wow! I did not expect this much support :)”

She Ultimately Took A Decision

“After reading your comments and a long talk with the bf, I decided I needed to cut ties with mom & and Jen.”

“In fact, he pointed out that if we had kids, the mistreatment could extend to them as well and that settled it for me. I blocked them both and sure enough, relatives were calling/harassing me left, right & center.”

“I blocked all of them too except an aunt and two cousins who actually took time to listen to me and apologized. Honestly I’ve never felt this scared but happy in my life. I am literally shaking as I type this.”

“Thank you guys so much! Had I not gotten such overwhelmingly amazing support on here, I might not have taken this step!”

Whether if it was the right thing to do is something only OP can decide herself. How her family influences her emotional health, and the concerns she has for children are quite concerning.

It’s good that OP’s boyfriend is so supportive of her. But the issues with her mother and sister, well it's going to take a lot of time to fix.