Polyamorous Couples Reveal What Their Relationships Are Really Like

Posted by Zainab Pervez in Relationships On 16th July 2021
ADVERTISEMENT

People from around the world took to US-based confessions website Whisper to share details about their relationship dynamics and how they juggle topics including marriage and raising children. 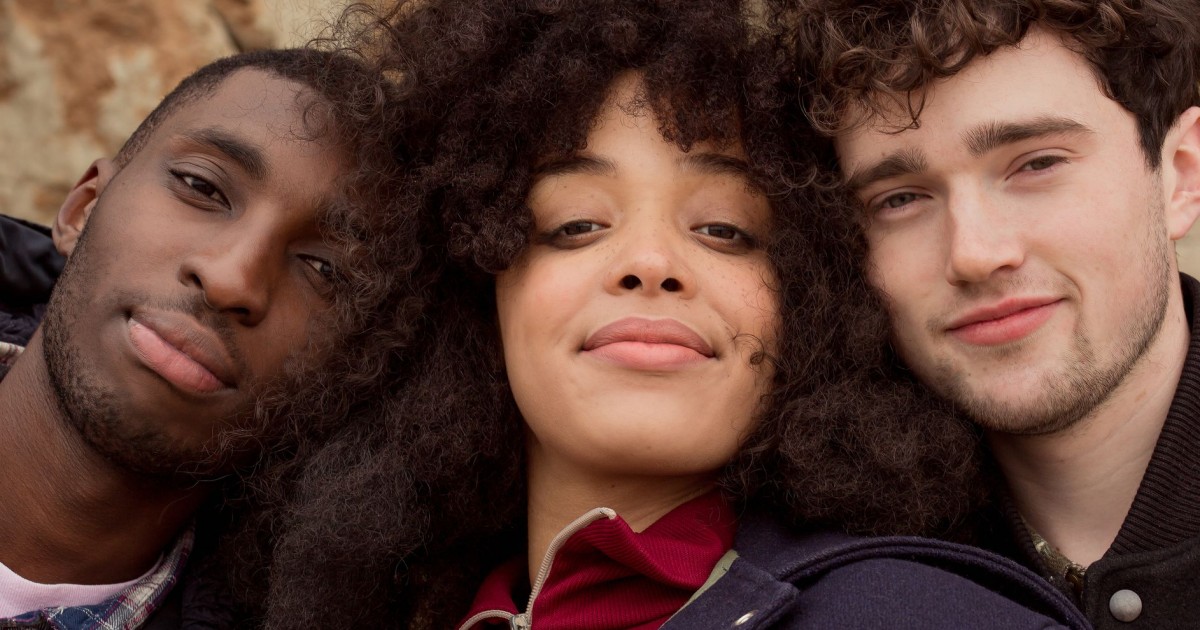 Polyamorous couples have revealed what it is really like to be engaged while dating multiple people in an eye-opening online thread. 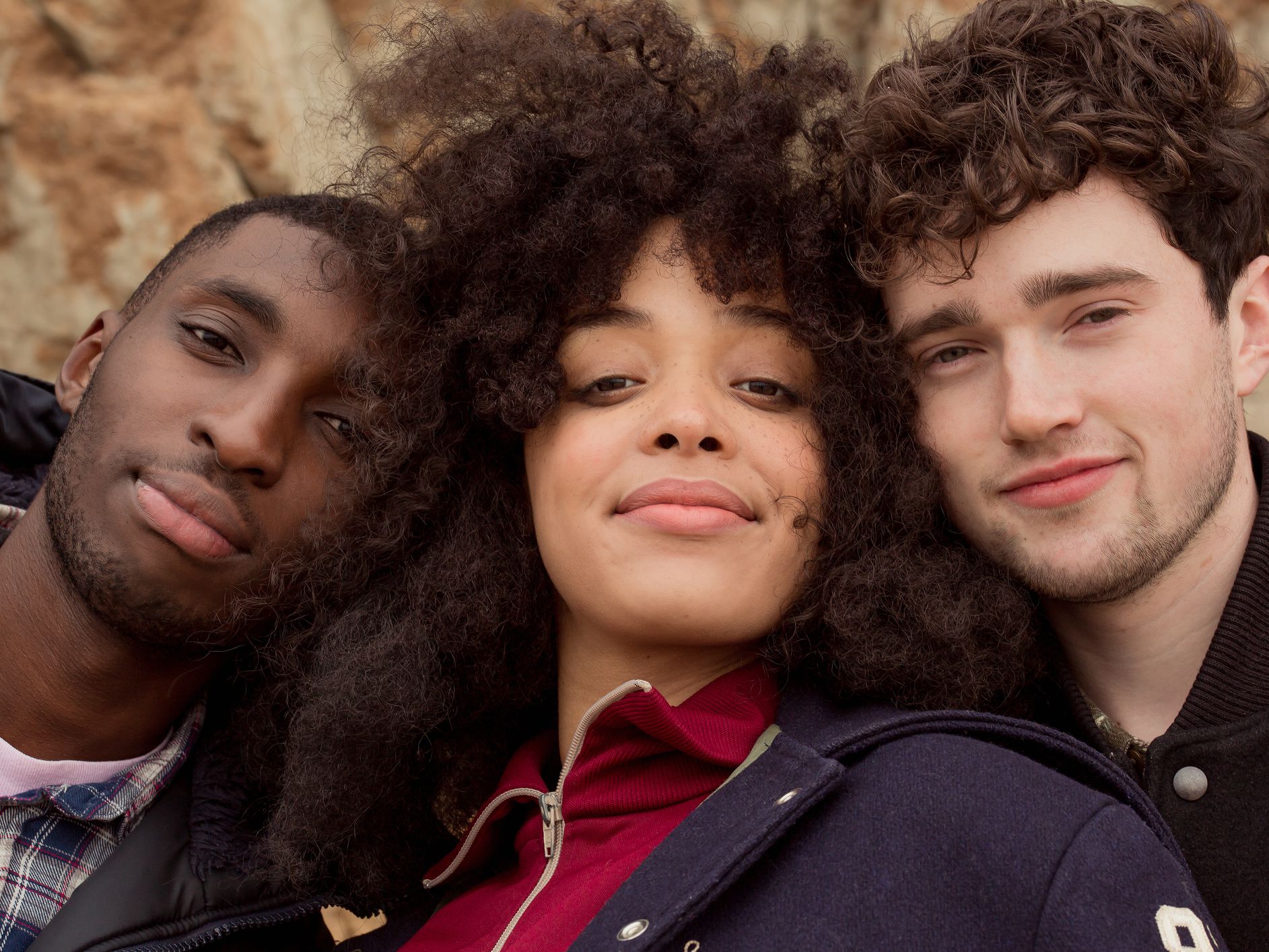 One pregnant woman from Fort Worth, Texas, revealed she is due to give birth on the same day as her fiancée - who is also engaged to her husband. 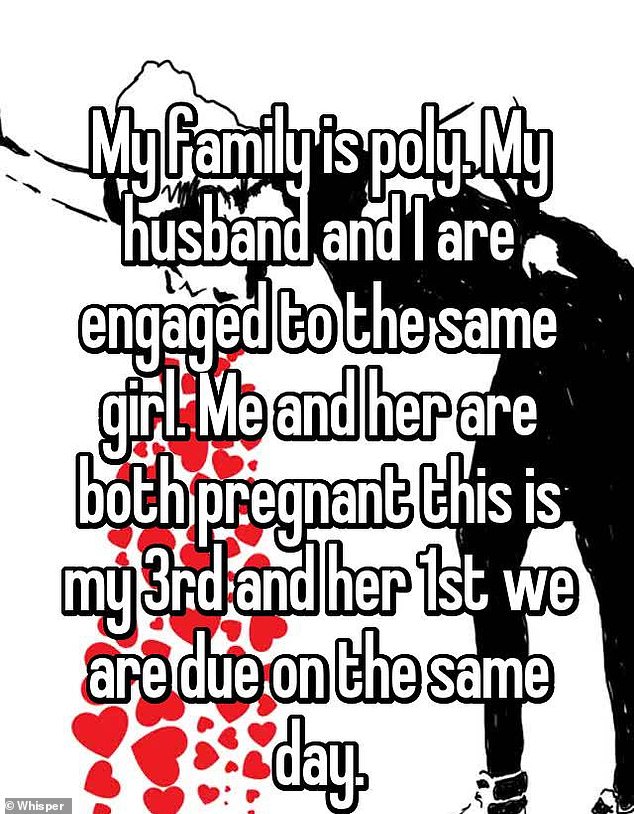 The more the merrier!

One woman, from Hemet, California, is in a relationship with her fiancé and another couple - who are also engaged. 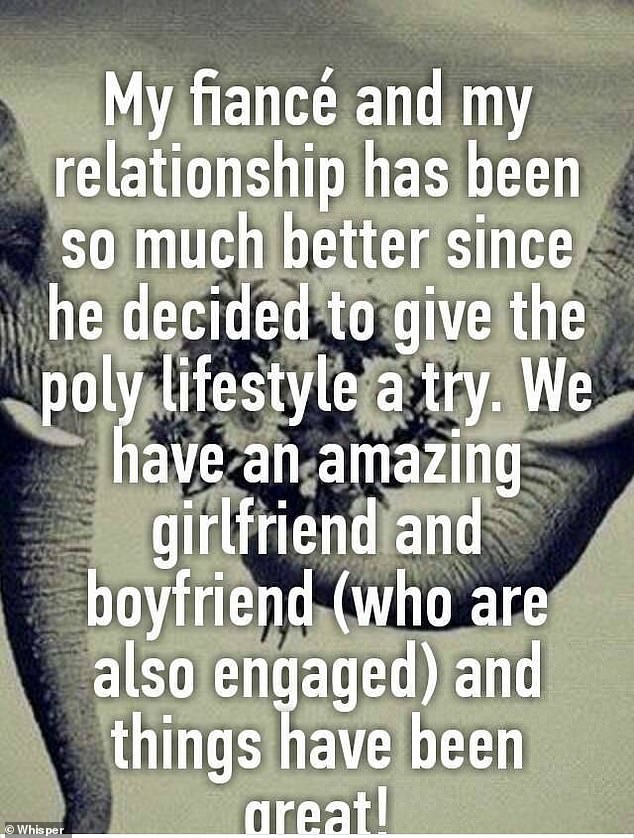 One engaged user, from Washoe Valley, Nevada, revealed they decided to open up their relationship as their partner had a lower sex drive 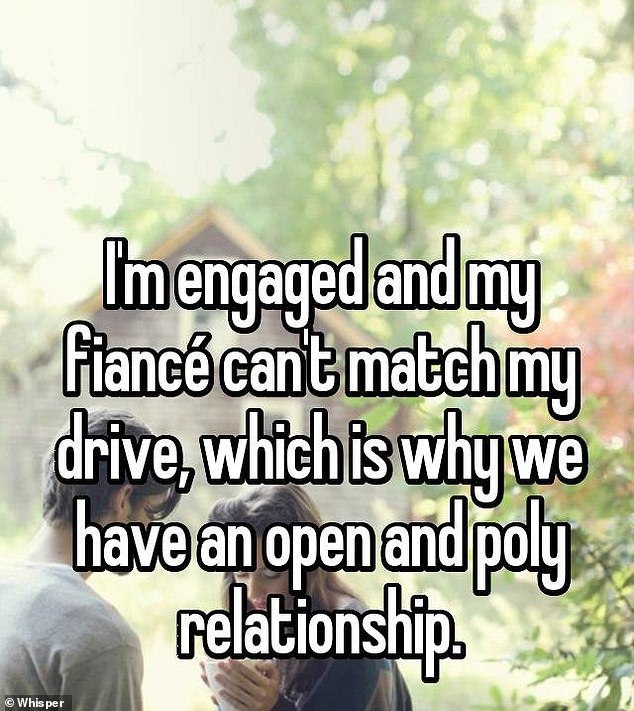 One user, from Colorado, revealed she is engaged to a polyamorous partner but is having doubts before the wedding. 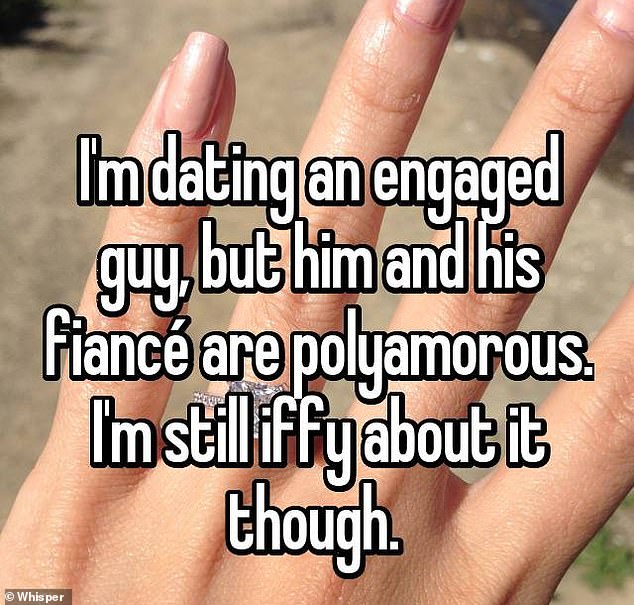 One user, from an unknown location, is trying to decide if dating multiple people is for her while in a polyamorous relationship. 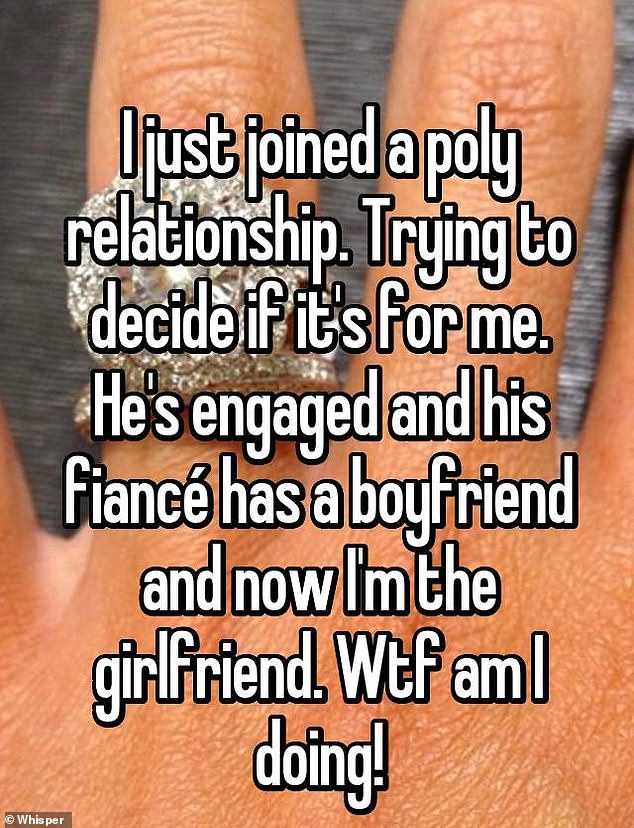 Happy in her relationship 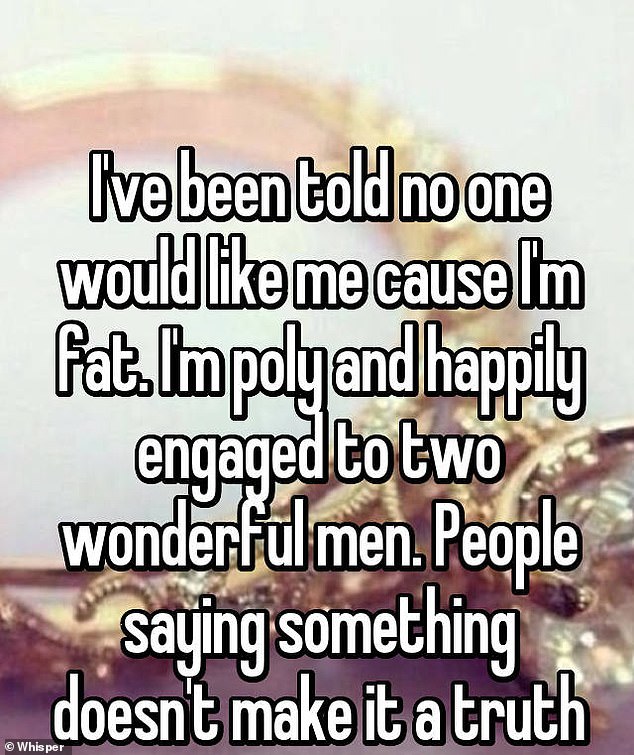 A girlfriend from Dover confessed how she truly feels about the relationship online.

A woman from Boulder, Colorado, has no issues with her partner being poly. 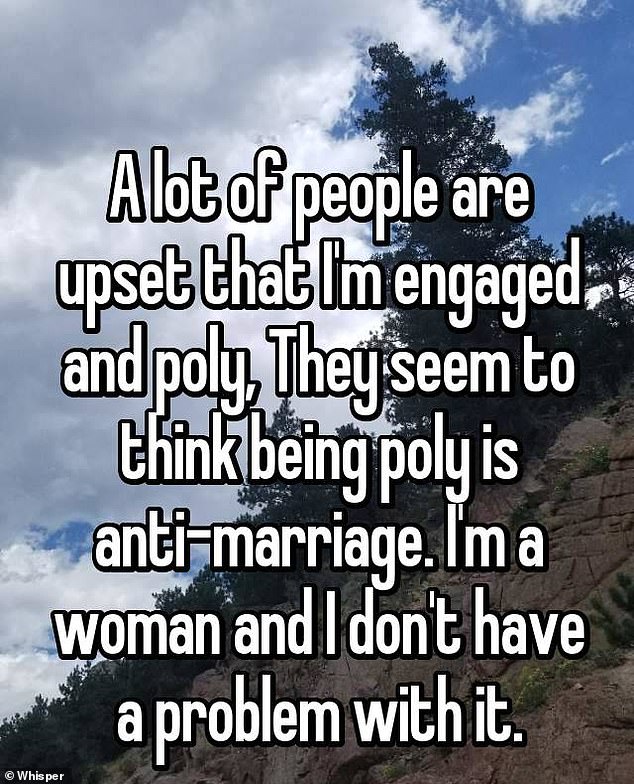 Still searching for the one

This user, from Sterling-Heights, Michigan, is happy being polyamorous but wants to find the right woman to join their relationship. 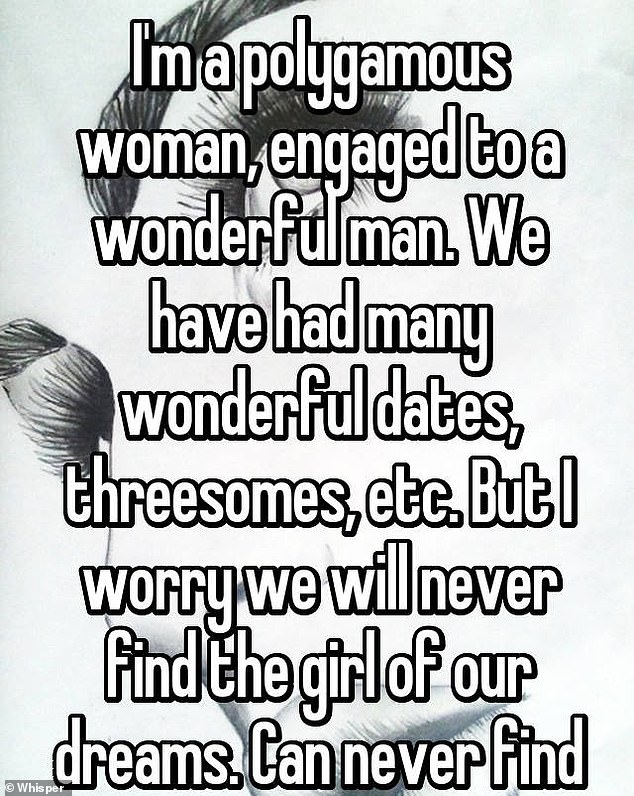 This woman, from Decatur, Alabama, is is dating a man engaged to someone who also has another boyfriend. 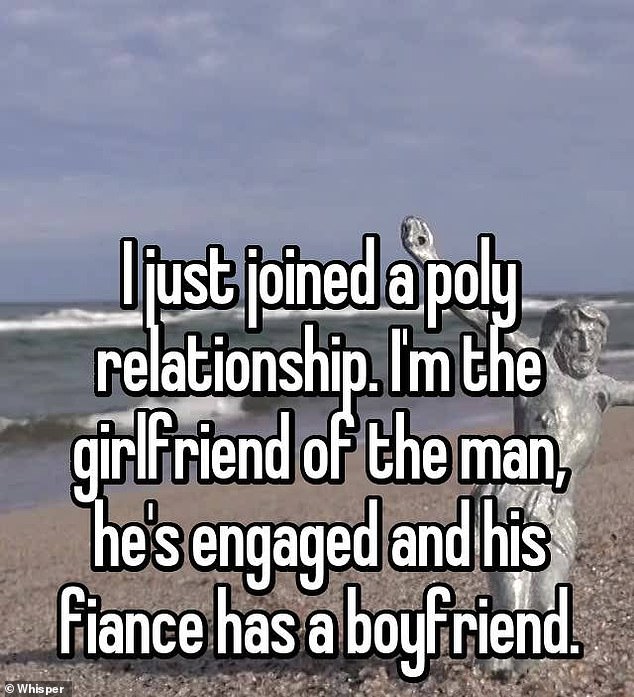 This user, from an unknown location, says they love being engaged and having a girlfriend. 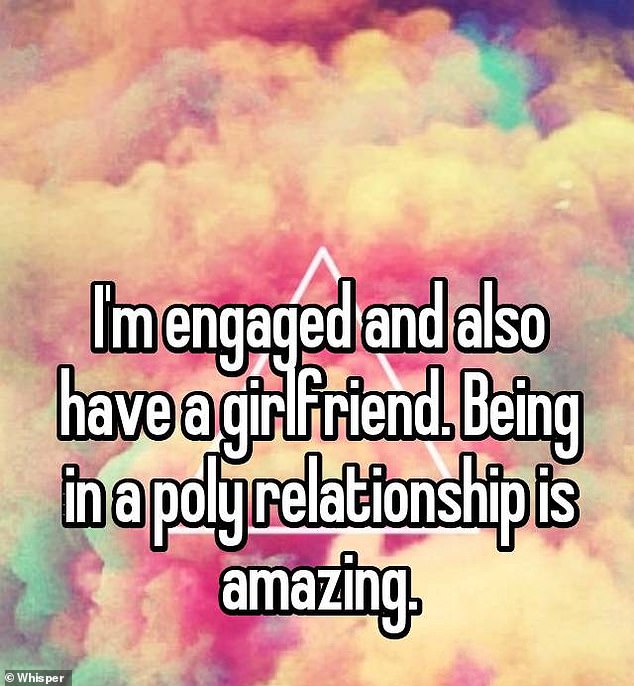 This woman, from Illinois, is happy in her relationship but scared of what her boyfriend's parents will think of their arrangement. 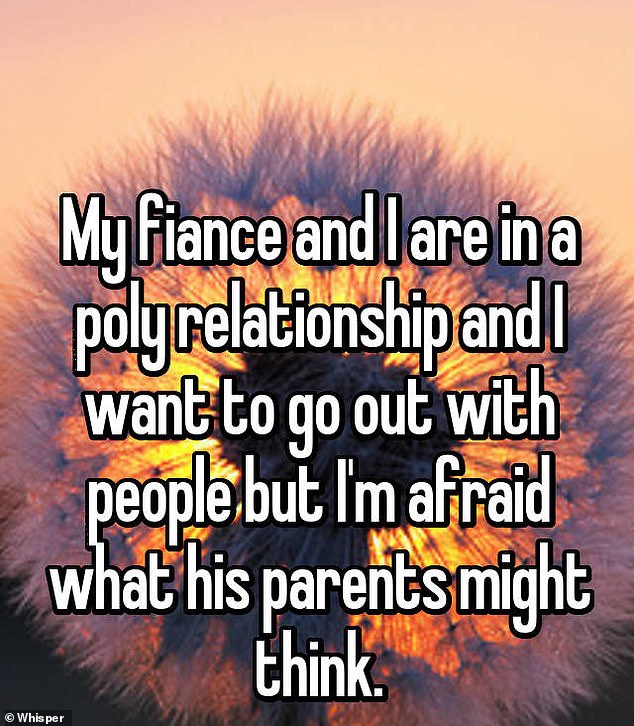 This woman, from Fitchburg, Wisconsin, says she and her partner have never been happier. 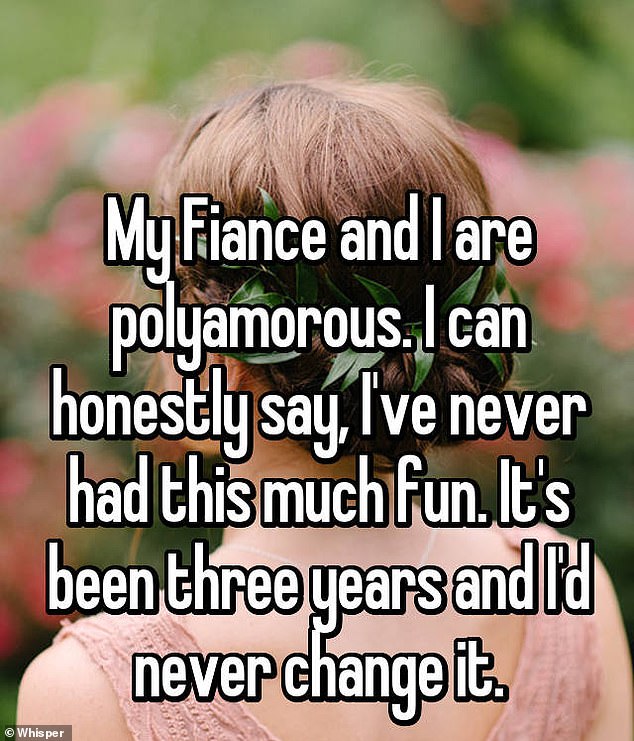 Have your cake and eat it too

This engaged woman is able to juggle all of her relationships. 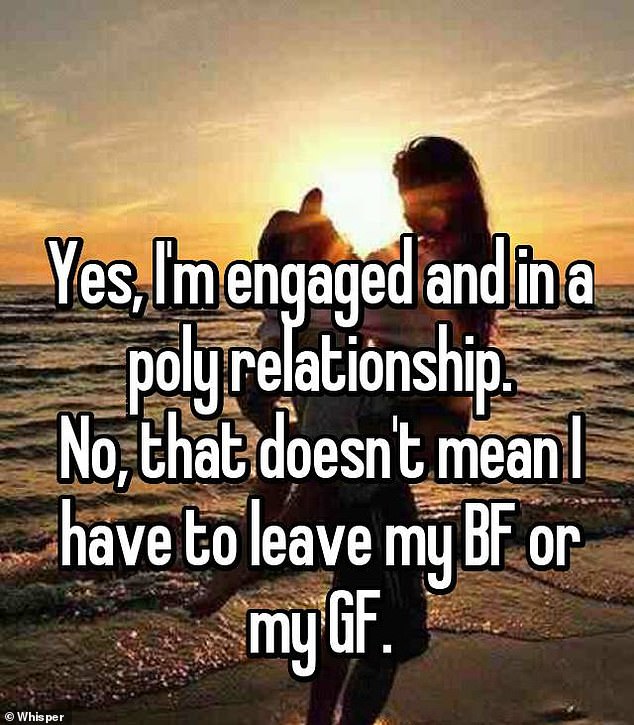