Posted by Sama in News On 6th July 2021
ADVERTISEMENT

Another gutwrenching discovery at a Catholic school in Canada reveals a mass grave of hundreds of indigenous children. The disturbing discovery has led to mass protests in the country with people saying that they don't feel like celebrating the country's national day as the discovery has revealed that there is nothing to celebrate. The public now seeks justice for the murdered children and asks the Church to formally apologize to the children and their families for the atrocities committed against them. 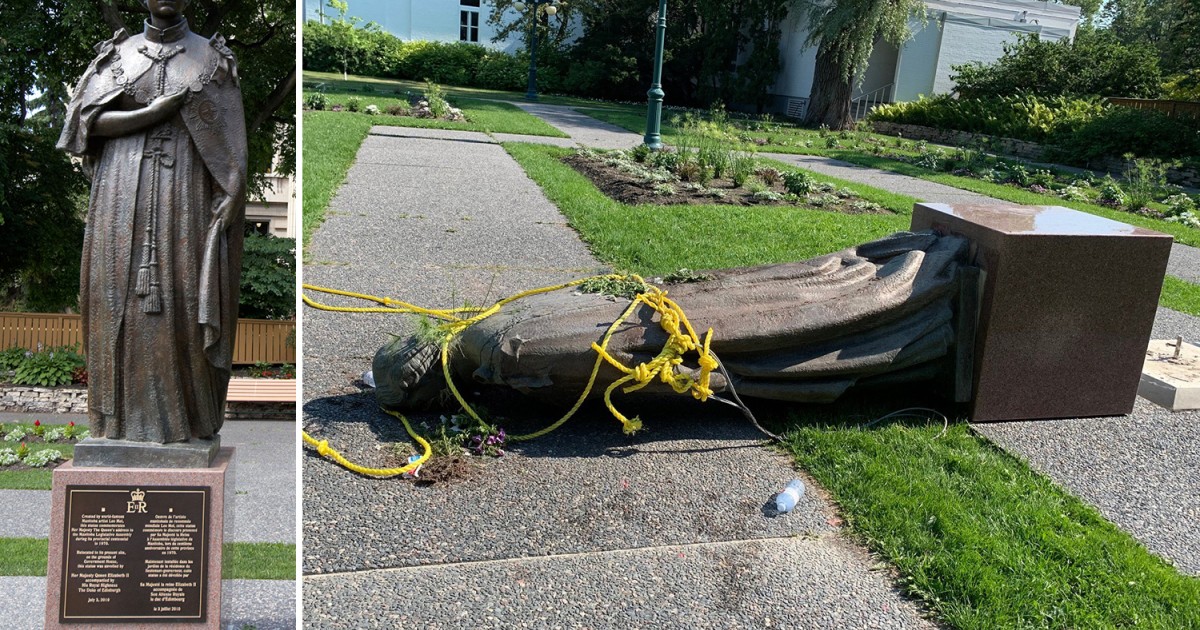 On Canada's national day, hundreds of protestors have toppled statues of Queen Elizabeth and Queen Victoria after being pushed off their limits in the wake of the discovery of more indigenous children's remains began discovered.

Reportedly around 200 children's bodies were discovered in May, followed by another disturbing discovery of hundreds of more bodies discovered at a different Catholic school. 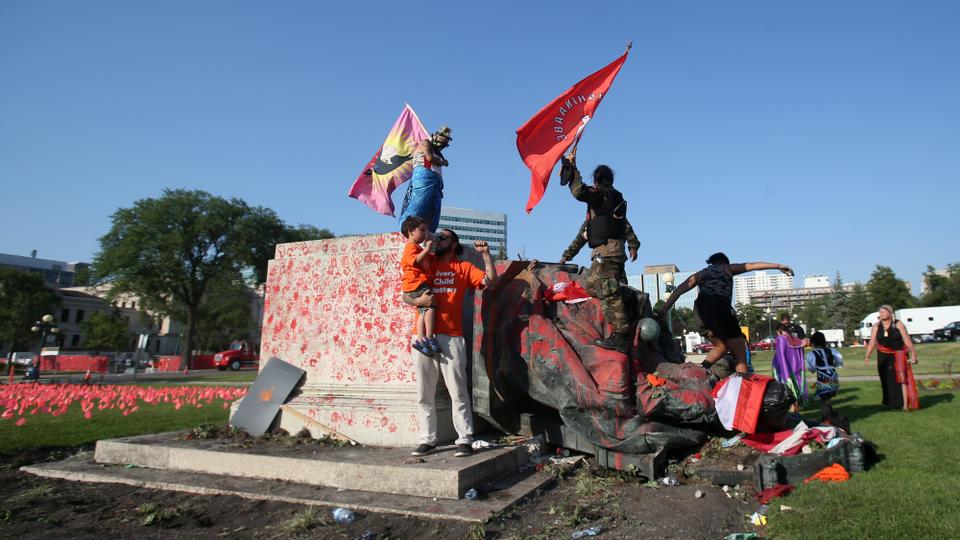 A further 182 children were then found on Wednesday, June 30, at a former Catholic-run school near Cranbrook.

Reports suggest that a large majority of these children were buried in unmarked graves. 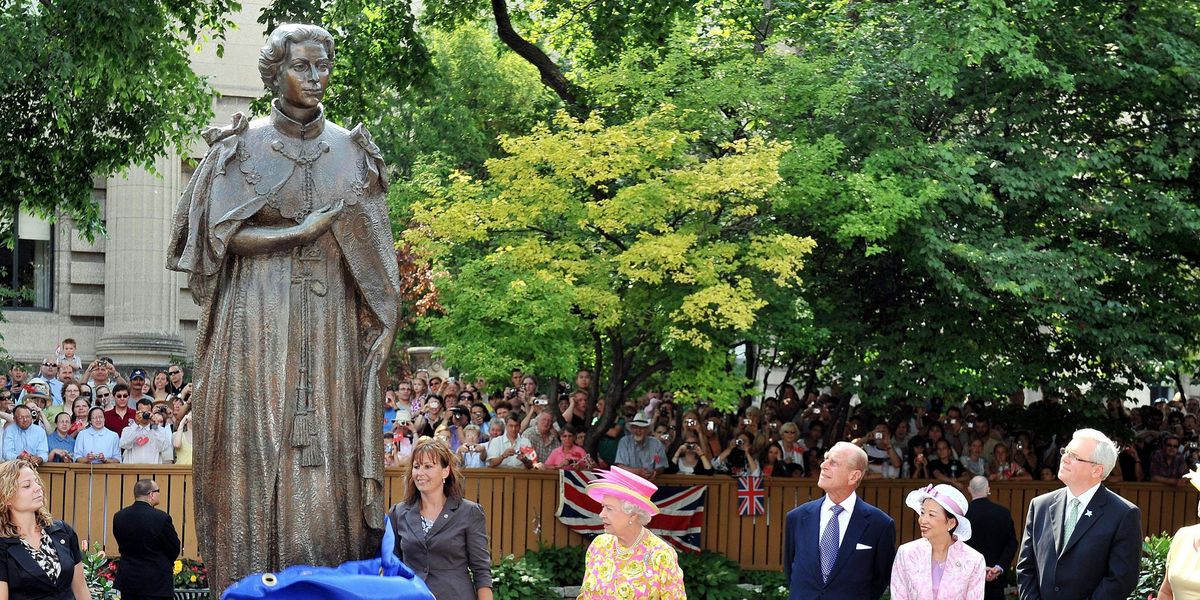 The heartbreaking discovery has sparked worldwide outrage and people are now calling out the Pope and the Vatican to apologize for their heinous crimes and the miserable ways those children were treated to death.

The protests took place especially on July 1- marked as Canada's national day. Protesters spoke against the country's residential school system which saw more than 150,000 children forcefully taken away from their homes, their families, and their parents and enrolled in state-run Christian schools. The schools operated from the early 1900s to the late 1990s. 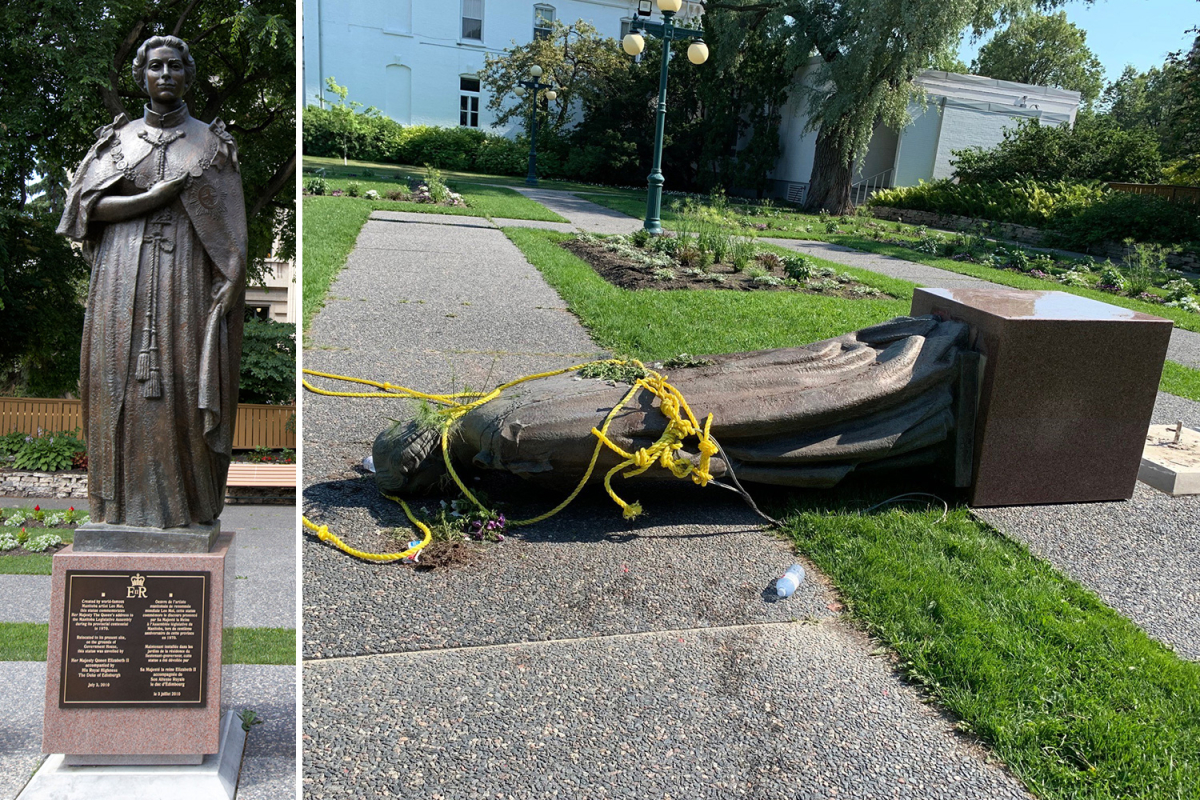 Protestors in Winnipeg proceeded to pull down statues as part of their protests; one of Queen Elizabeth II and one of her great-grandmother, Queen Victoria. People could be heard chanting ‘no pride in genocide’ as they toppled the Queen Victoria statue, Sky News reports. 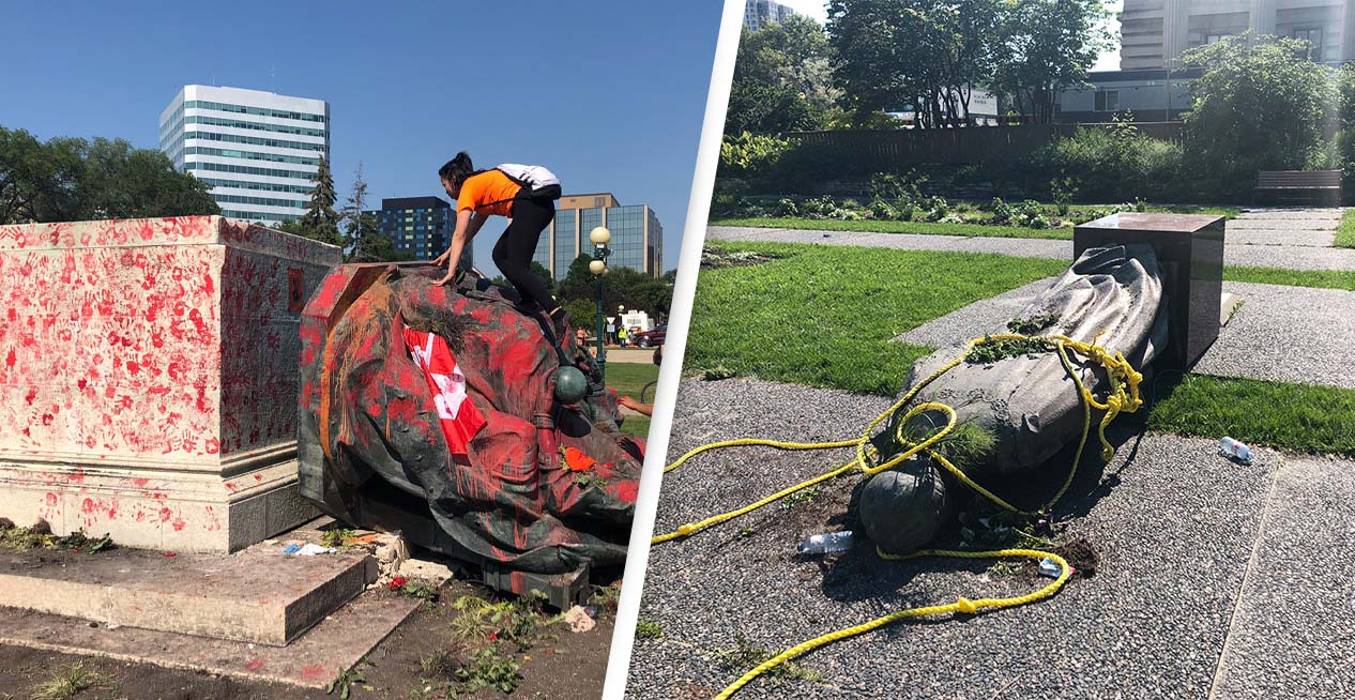 🚨 | NEW: Statues of Queen Victoria and Queen Elizabeth II have been toppled during protests in Canada

As the protestors angrily toppled the statues, they painted them with red paint and covered their neck with the country's flag.

The plinth in which the Queen Victoria statue stood had red handprints placed all over it along with a sign that read, ‘We were children once. Bring them home.’

Canadian Prime Minister Justin Trudeau is yet to comment on the protests but shared a tweet acknowledging Canada Day. He wrote, ‘The progress we’ve made as a country didn’t happen by accident, and it won’t continue without effort. So as we celebrate this place we call home and the people we share it with, let’s recommit to building a better future – for everyone.’ 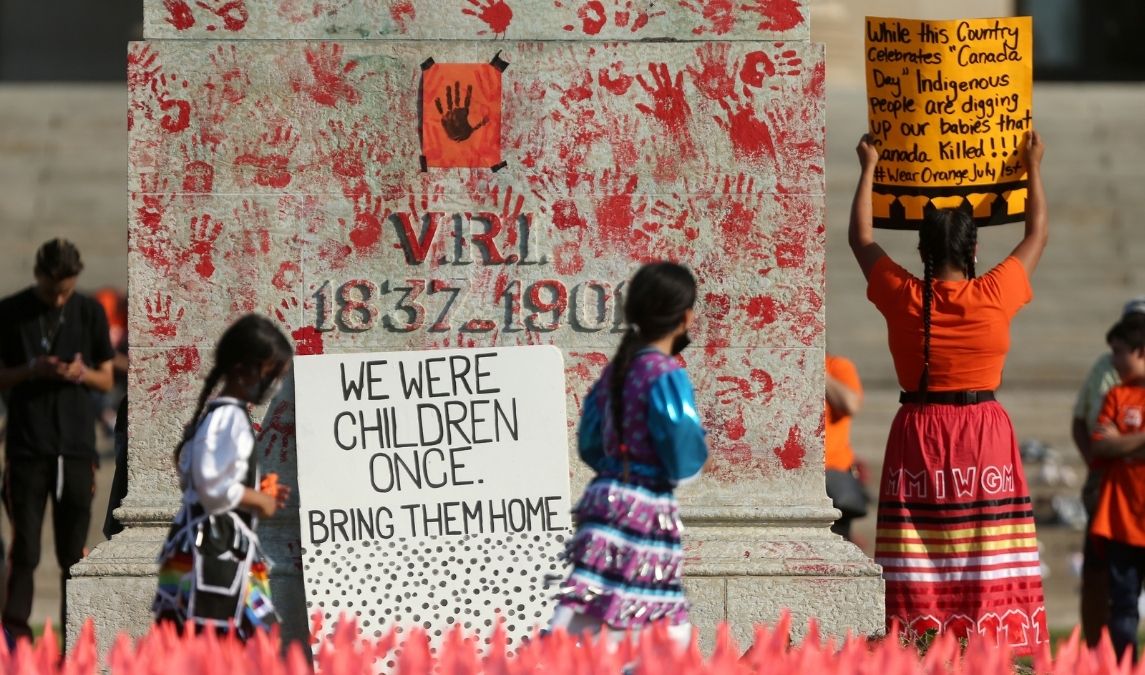 The progress we’ve made as country didn’t happen by accident, and it won’t continue without effort. So as we celebrate this place we call home and the people we share it with, let’s recommit to building a better future - for everyone. #CanadaDay https://t.co/9XwSxEJq29 pic.twitter.com/CoOLxZaueU

After the gut-wrenching discovery, the Canadian public speaks out and says that they feel they have nothing to celebrate.

One person wrote, ‘Tell us exactly what you’re celebrating in light of recent discoveries,’ while someone else commented, ‘After recent tragedies re-discovered I’m seeing Canada in a new light. In hindsight I had a very rose tinted view of the country. As a place to one day emigrate – But I was younger then. Cardinal Collins should make an apology on behalf of The Church.’ 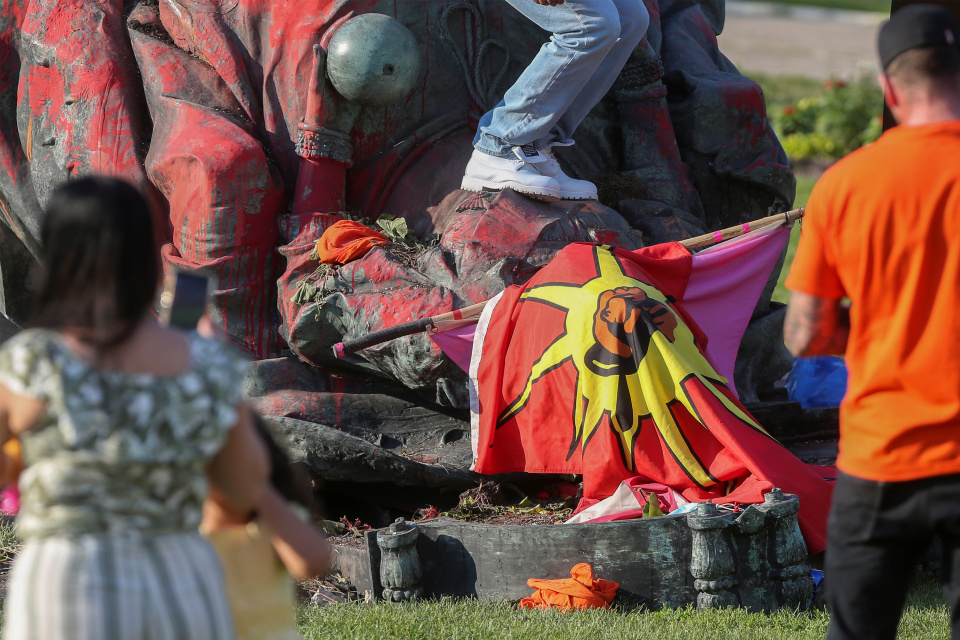 The  Catholic Church has not yet acknowledged the public's sentiments of anger and is yet to make a formal apology for the mistreatment and evil treatment of the indigenous children. However, it is reported that Pope Francis has scheduled to meet Indigenous survivors who attended the controversial schools at the end of the year. 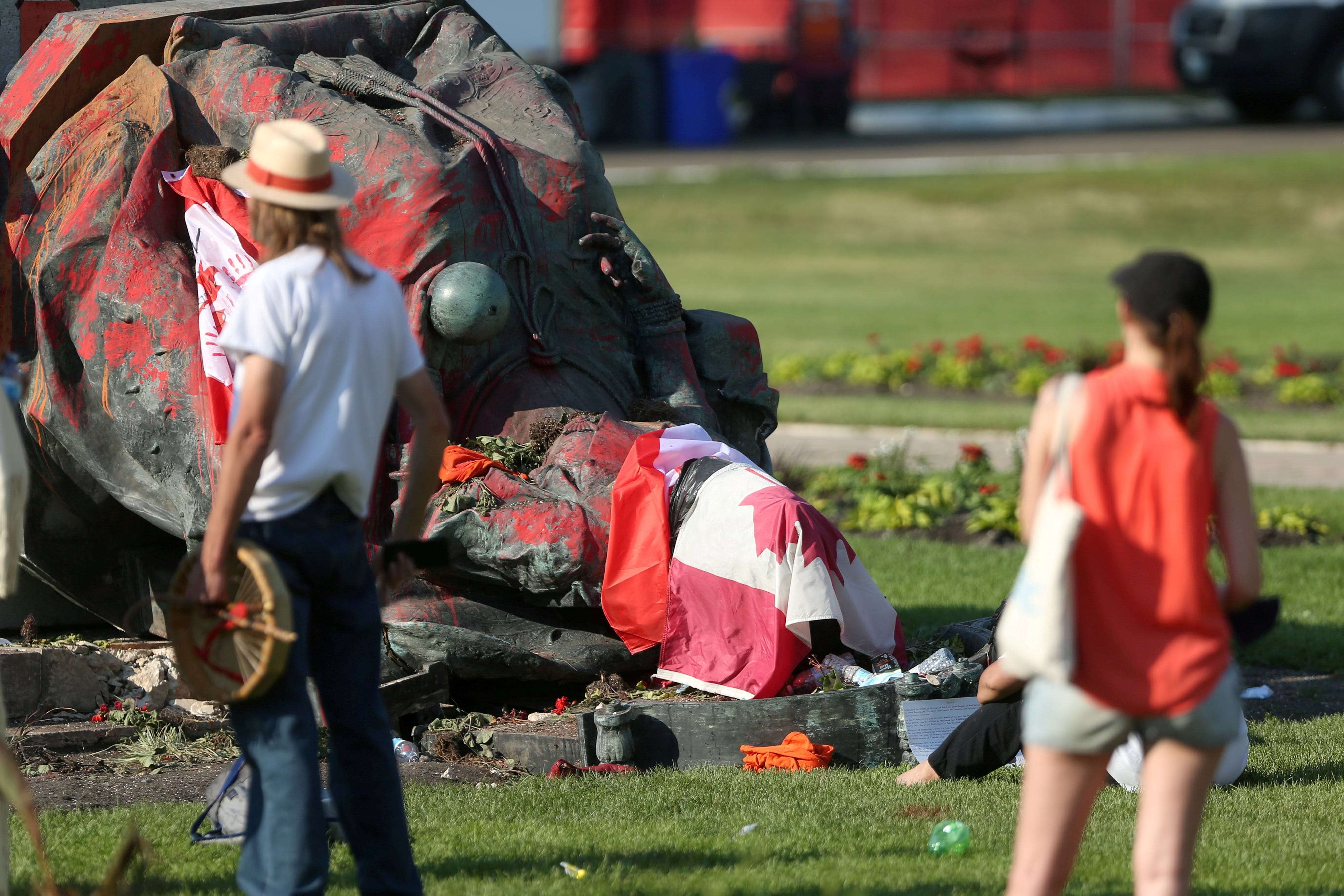