Posted by Missy aka Tizzy in Entertainment
ADVERTISEMENT

The Golden Girls aired on TV from 1985 to 1992. The cast was made up of four women who all live together in a spacious home. The personalities of these women were all so very different, but they managed to make it work. Dorothy, Blanche, Rose and Sophia made us laugh for many years and still do through re-runs. Who was your favorite character? 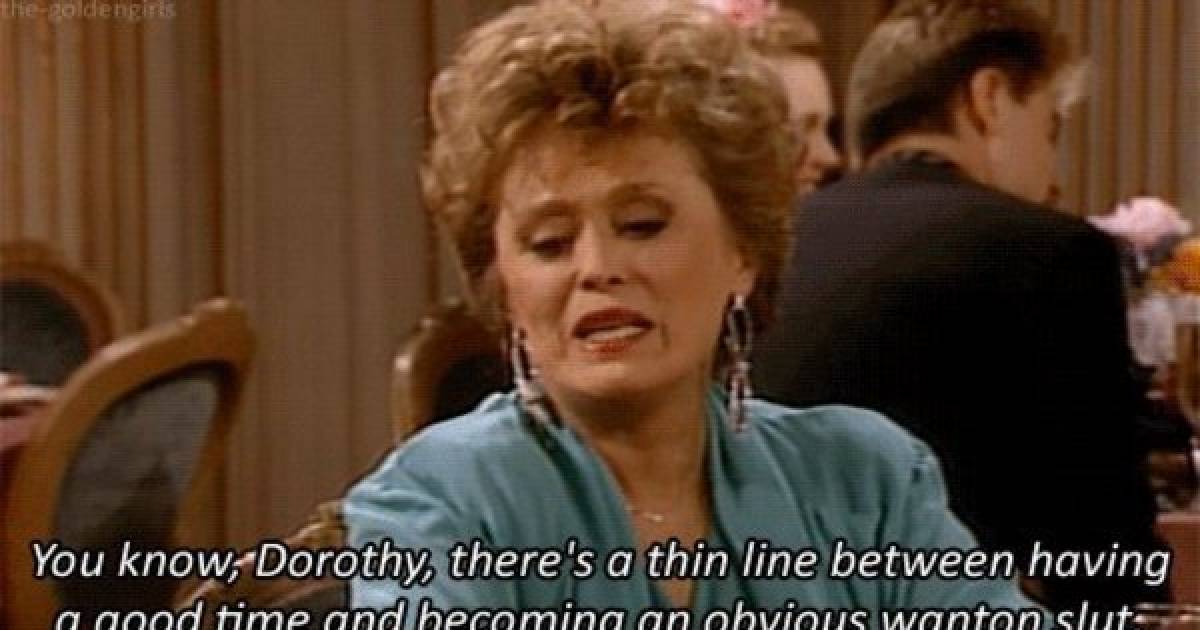 Blanche was incredibly vain. She was known to constantly pamper herself and always was sure to look like a million bucks. She had no issues with letting everyone around her know how she feels about herself. However, Sophia had no issues with knocking her down a peg or two from time to time. 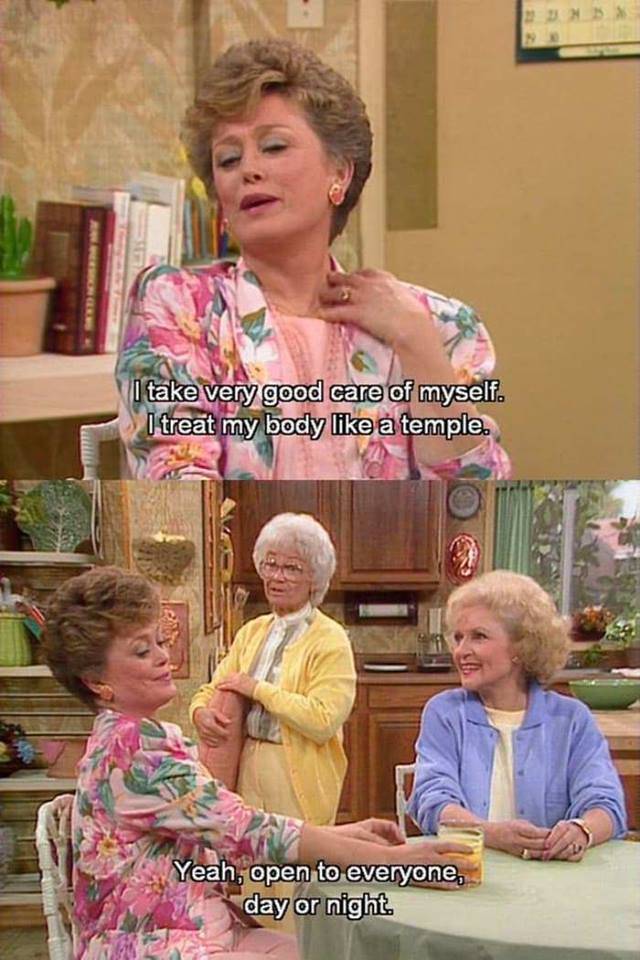 We all got to see the very promiscuous side of Blanche as well. Sophia was not the only one who got little digs in towards Blanche. Dorothy was quick-tongued as well. She had no issues with letting Blanche know that she did not approve of her sexual habits. 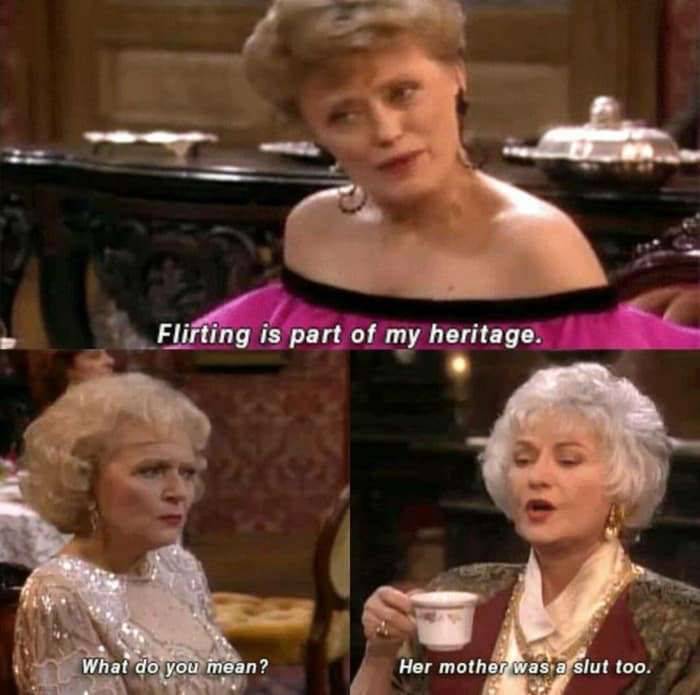 While Dorothy is known for her witty comebacks, Sophia was just savage with hers. She was constantly jabbing insults at her own daughter over her lack of love life. It was all out of love, though. 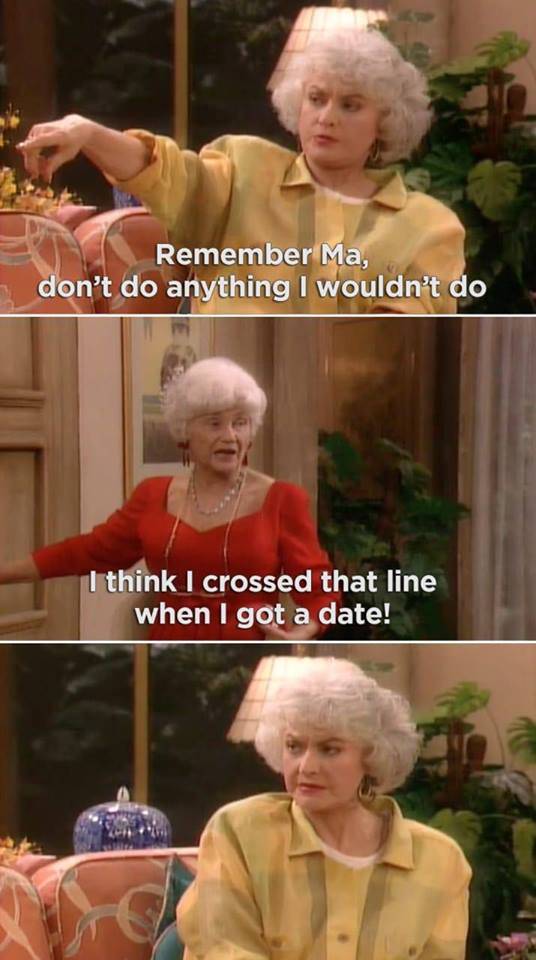 Poor Rose. She grew up in a small town that we can only assume was filled with super nice people. She could not throw a proper insult if her life depended on it. She tried, though. 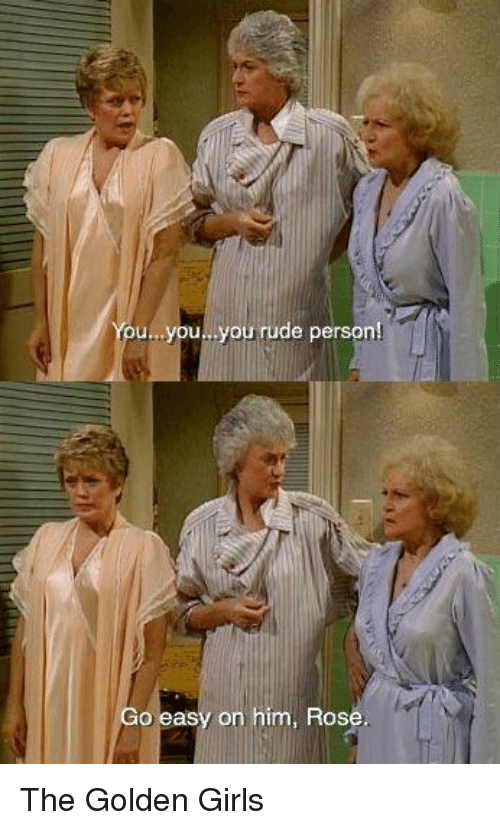 Sophia really never lets up on Dorothy about her lack of social life. She makes jokes, but she seriously just wants her daughter to have someone to keep her happy and keep her company. 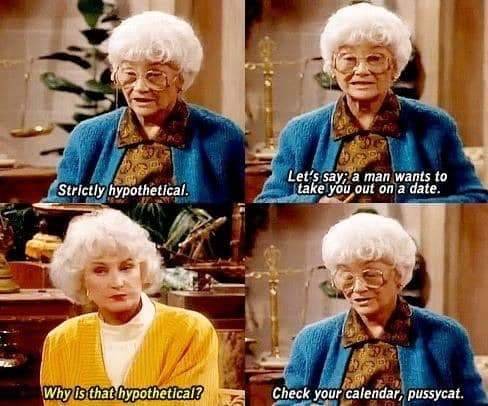 Sophia was a Sicilian in every way. One thing you do not do is mess with her food, especially her signature Marinara sauce. This is the highest of all hexes one could put on her. 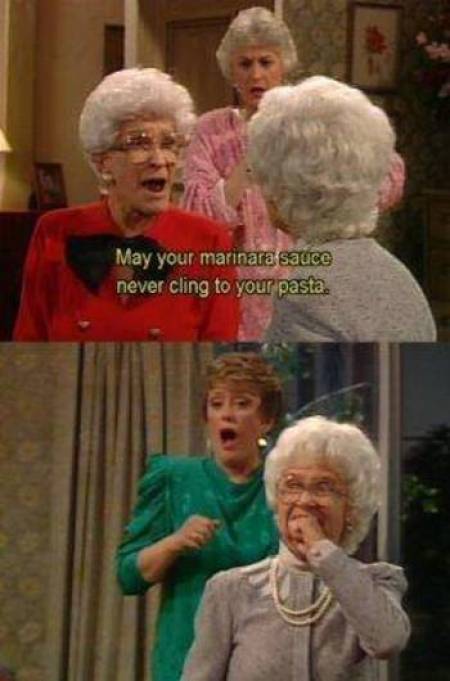 Blanche just wanted to have something to be happy about, but Sophia, once again, gets a jab in with her silver tongue. She will never let Blanche forget about her very active social life. 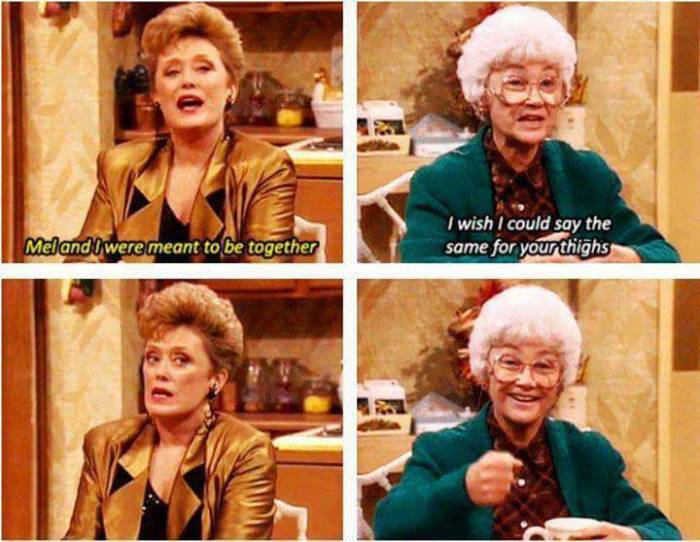 The best scenes from the show were between Blanche and Sophia. Sophia had a quick wit for her age, and she left us all in stitches just about every time she spoke a line on the show. 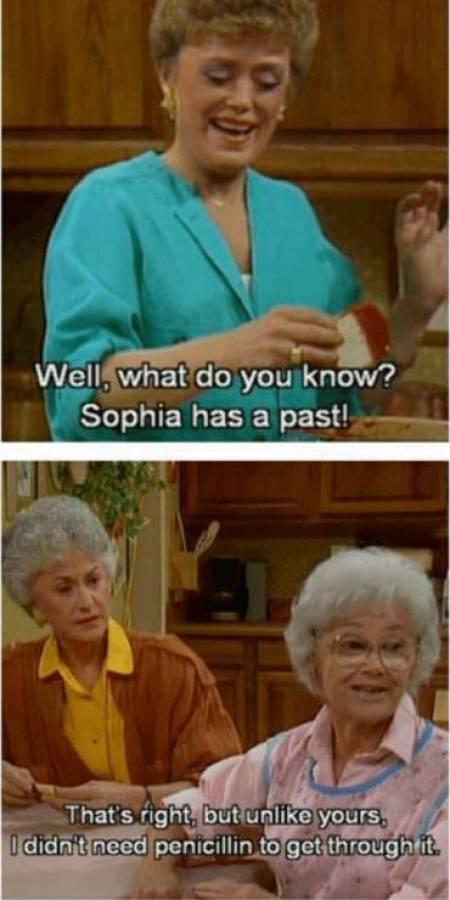 Not only do they seem to be faster in the south, they must also be alcoholics. Dorothy is much like her mother, Sophia, she is super quick with the comebacks. It is what made this show so good. 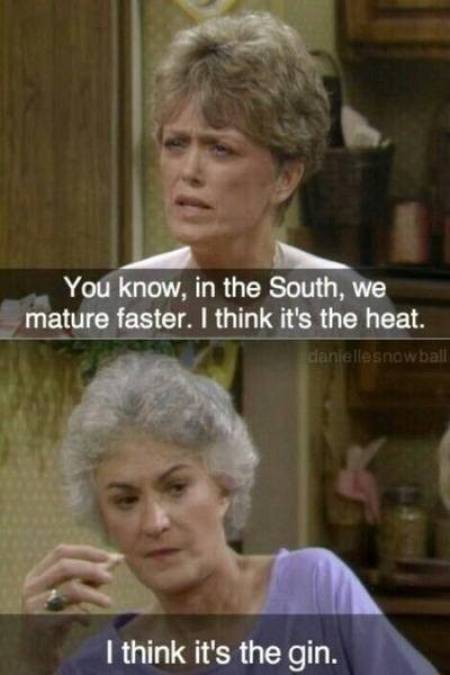 Let Sophia and Dorothy tell it, Blanche has already crossed that line. She does not let it stop her from having a good time, though. Blanche lives her life to the fullest not allowing her age to stop her. 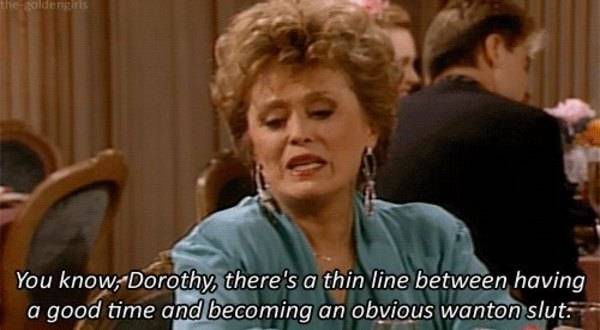 10 Gorgeous Models You Should Be Following On Instagram
Cringey

Pictures With Double Meanings Might Just Hurt Your Brain