Woman Breaks Down Crying After Delta Airlines Breaks Her Wheelchair

Posted by in News On 6th July 2021
ADVERTISEMENT

Disabled people are already facing hostile environments when it comes to operating in the real world. This gut-wrenching video shows us one moment in the constant struggle they face right after Delta Airlines broke her custom wheelchair. 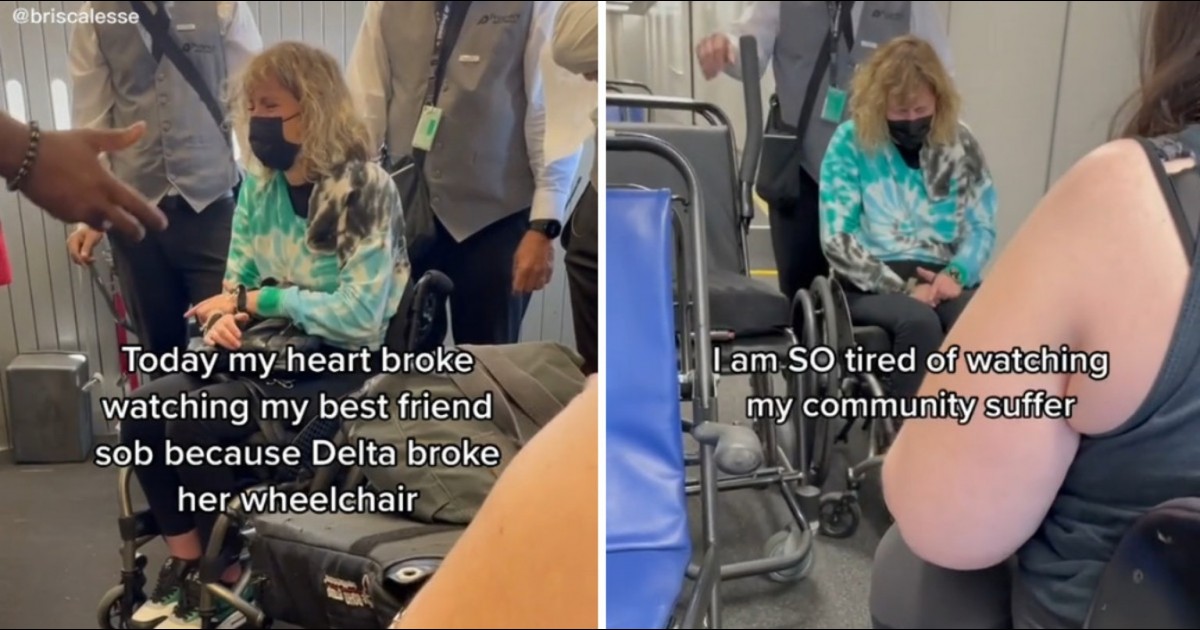 The TikTok video which was posted by a friend started with the caption, “Today my heart broke watching my best friend sob because Delta broke her wheelchair.”

When is this going to stop? ##fyp ##disabilitiyawareness ##wheelchair @geeg_def

The video is taken right after Delta Airlines had destroyed her wheelchair.

Gabrielle deFiebre and friend Bri Scalesse, both who are wheelchair users were on their way to vacation after a year of isolation when they hit this roadblock caused by Delta airlines. 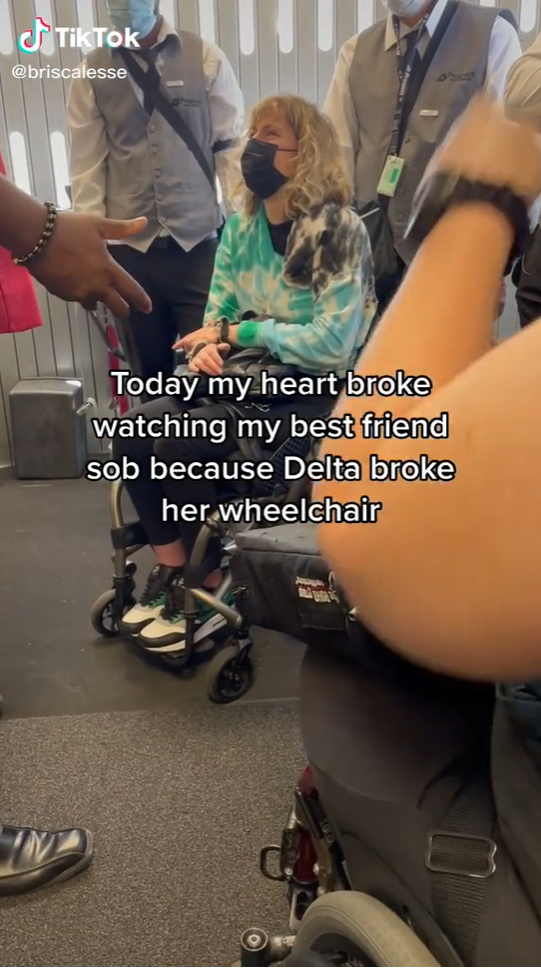 Bri, who uploaded the video shows an airport employee trying to console deFiebre telling her that he’ll get her another as a replacement.

The only problem is that deFiebre’s wheelchair, as with most disabled people is custom made to their disability. 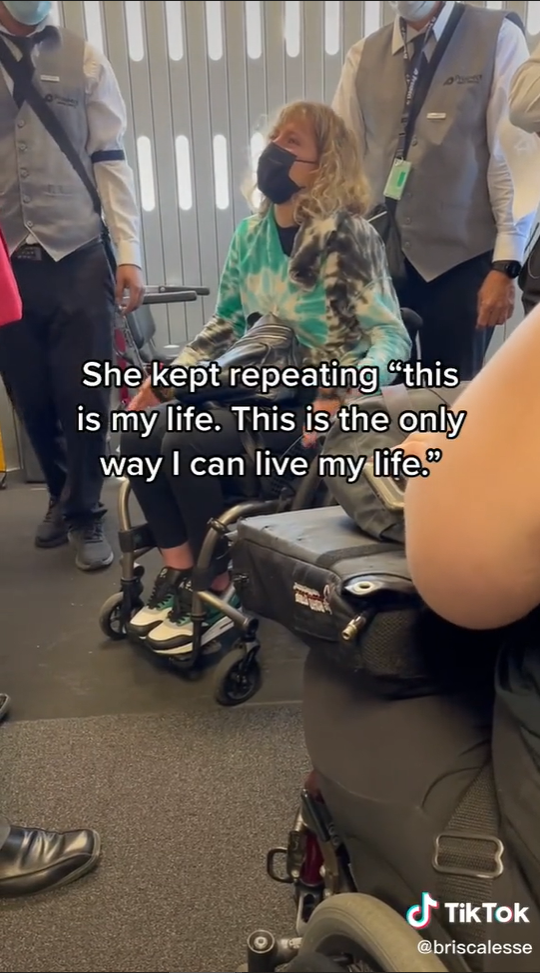 Each wheelchair may cost upwards of thousands of dollars and is designed to manage particular aspects of their disabilities. 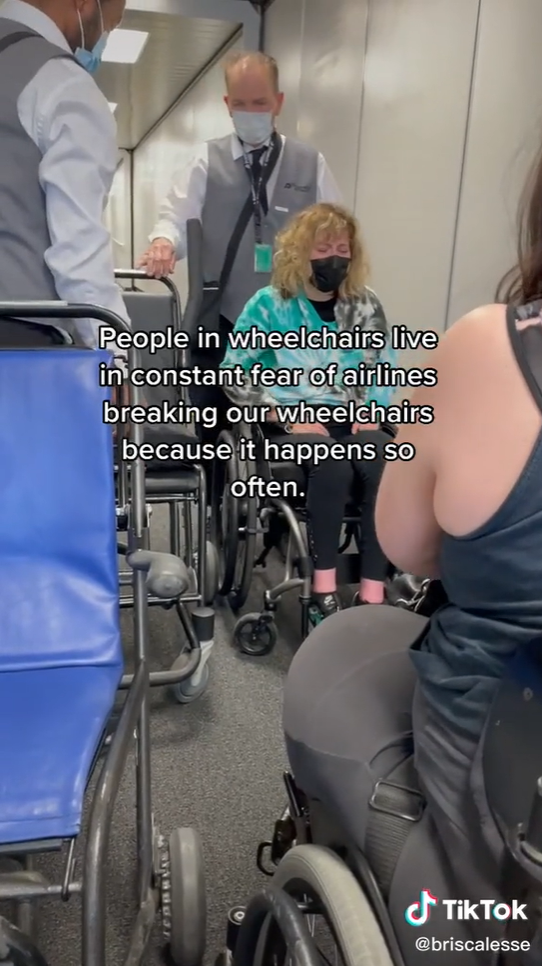 This is why flying often becomes stressful for disabled people since it doesn’t take into account their needs.

This is not the first time an airline has broken a wheelchair.

Scalesse added, “People in wheelchairs live in constant fear of airlines breaking our wheelchairs because it happens so often.  I am SO tired of watching my community suffer.” 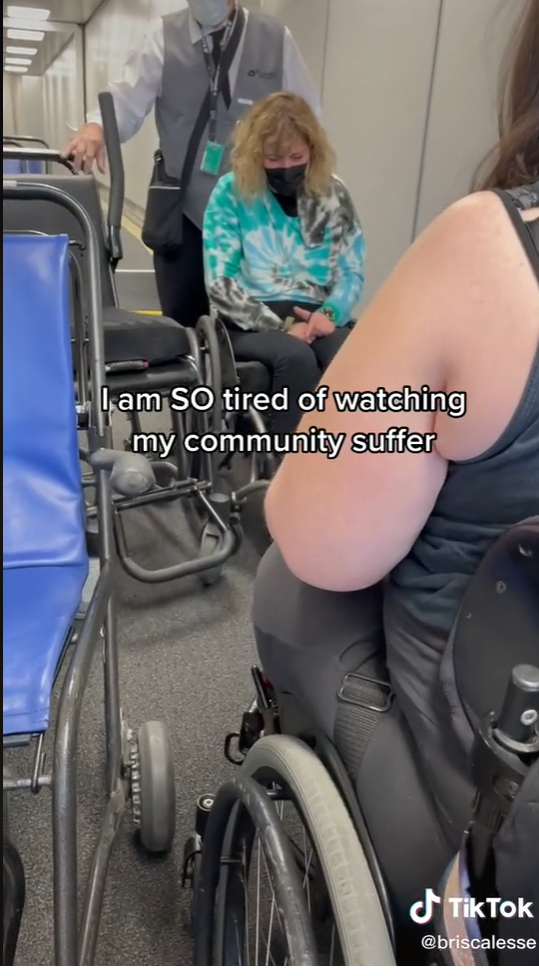 Luckily, someone in the area had an extra wheelchair that deFiebre could use for the duration of her trip but will have to return it before her departure, making her return flight much more complicated.

Update on @geeg_def story. Thank you for all your support, empathy, and solidarity. ##disabilitiyawareness

In a response video she thanked everyone for the positive response and support she received online. 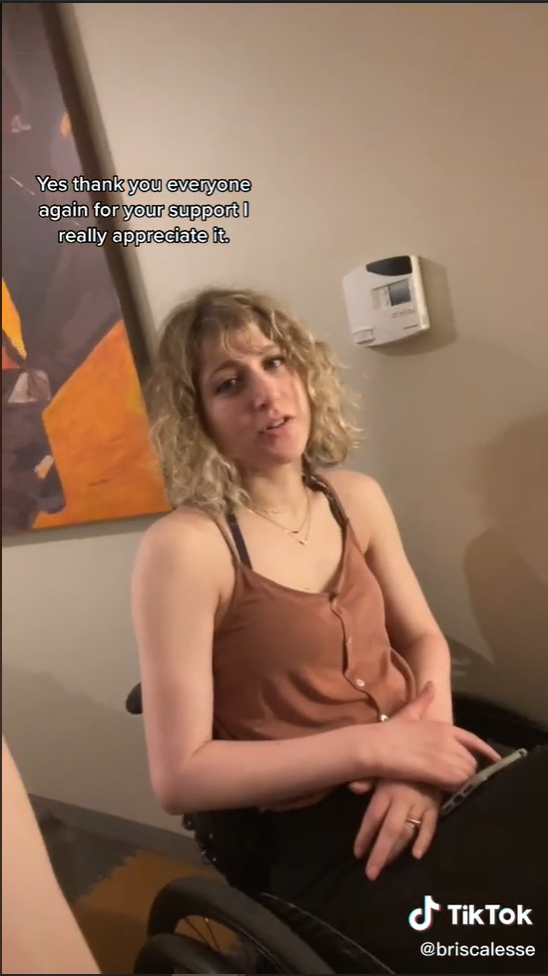 In a report by the Washington post it was revealed that 50% of trips are delayed as a result of a damaged wheelchair or mobility vehicle. 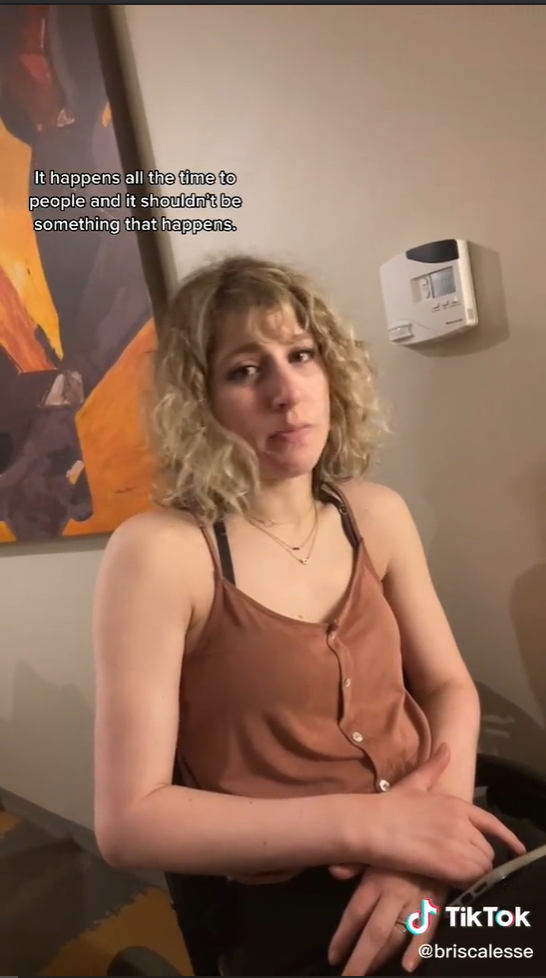 She also revealed that Delta had agreed to cover the costs of her replacement. 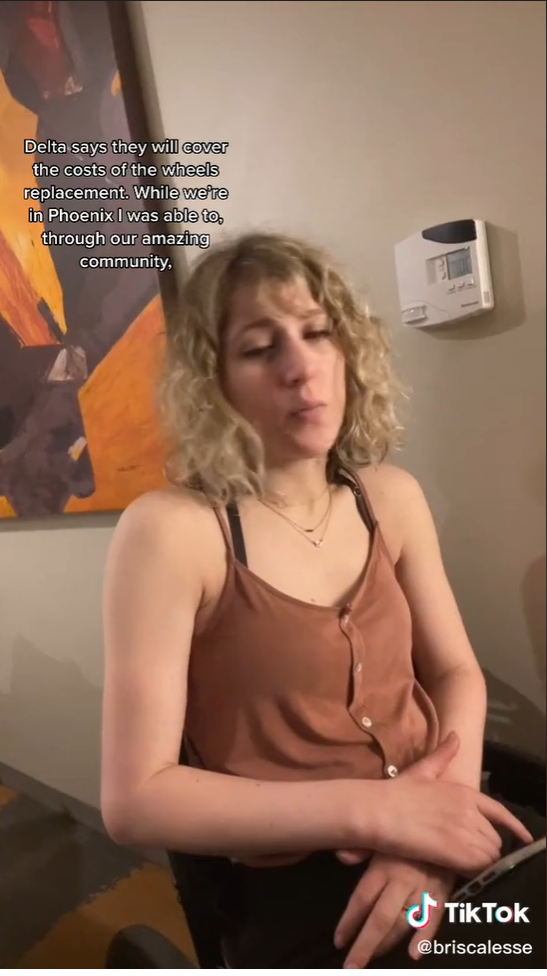