With temporary tattoos on the rise, there are some purists that feel the transience of temp ink threatens permanent ink and tattoo culture. For some folks afraid of a lifelong commitment to a permanent tattoo, temporary ink can be the perfect solution. With the tattoo market evolving, however, it seems like temporary tattoos will soon become the norm. 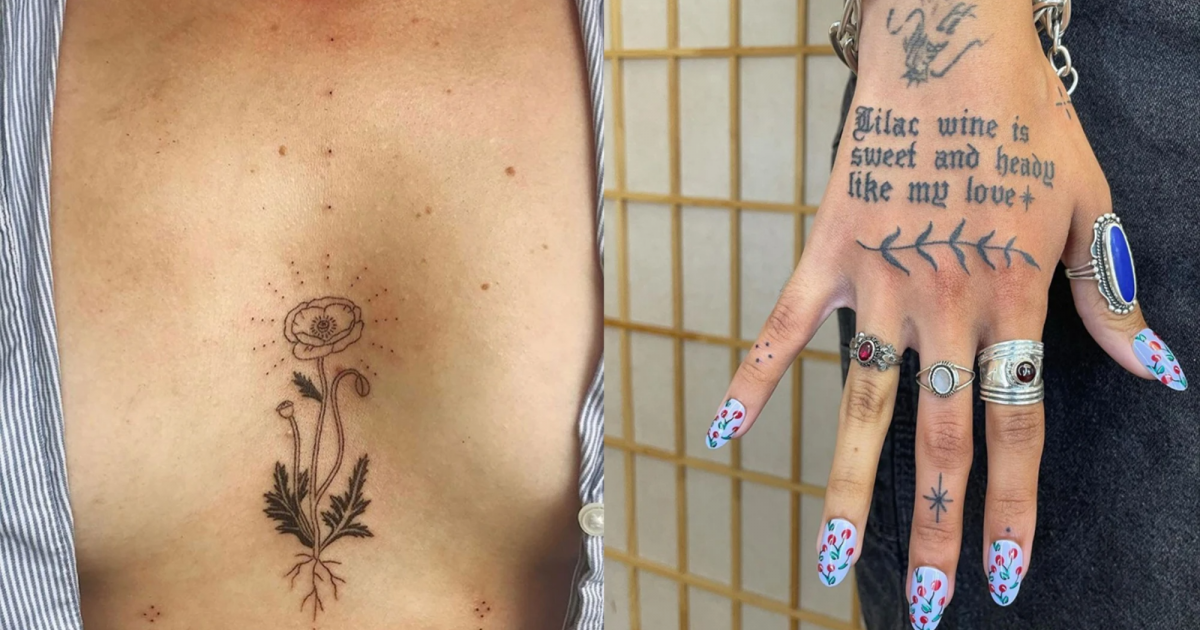 Tattoo culture has been on the rise in recent years with more and more workplaces removing the ban on tattoos in the workplace. There is also a greater general acceptance of body art in society.

As is the norm for any culture on the rise, it spawns smaller subcultures or inspirational appropriative behaviours.

In the case of tattoos is the rise in temporary tattoos. From stick-on tattoos to fade-away ink that lasts a year, people have options that allow them to enjoy the art without the lifelong commitment.

This rise in culture and general acceptance may seem like welcome news in the tattoo community but there are purists who have quite the opposite opinion.

Man people that get tattoos consider it a sacred ritual and a partnership with the person they’re getting it from.

It is a journey they undertake with their chosen artist that they shortlist after a meeting of the minds and ideologies. Then they continue that partnership over several sessions, if not several tattoos.

This permanence not only in ink but in relationships and communities has long been a symbol of what it meant to get a tattoo in its early years.

Now as temporary tattoos become the norm, the community is starting to feel just as temporary, afraid that it might fade away just as quickly as the commercial fade-away ink that’s starting to hit the shelves.

Shops like Ephemeral and Inkbox have been working hard to develop new techniques that allow for real-looking tattoos that fade away over time and make tattoos more accessible for the general public.

These ventures however are not without fanfare as investors have dropped $20m in investment into the brand, Ephemeral already.

Inkbox after having partnered with Rupi Kaur, Vans and BTS managed to raise $17m. While Inkbox’s tattoos last for 2 weeks, Ephemeral’s last for up to 15 months. At the end of the day, however, the two share a similar trait; temporary.

Today, nearly half of Americans have at least one tattoo and bookings have reportedly doubled since the pandemic. Tattooing is now a $3bn industry.

That being said however tattoo removal itself accounts for $800mn of that chunk. For those that might be disappointed with their tattoos or foresee changing preferences, temporary tattoos may be a godsend.

“I think the traditional way into tattooing can be inaccessible for some people, especially for people with marginalised identities, which is where a big part of independent and private studio tattooers are coming from,”

“The magic is in that space where you are working together to make a piece of art that will last as long as that client. It doesn’t matter if it’s a joke tattoo, a memorial piece, or a flash. That trust is still there. Temporary tattoos completely cheapen that, you don’t have to trust your artist or create a relationship at all because it will look bad in three months and be gone in a year so who cares? Yet, you pay the same price.”

“There is a history of tattooing which involves reclaiming one’s body from oppressive systems that try to punish or stigmatise your body. This especially can be found in prison tattooing, but across a lot of self-taught and non-institutionalised tattooing there are currents of this sort of self-determination through marking the body,”

Temporary tattoos however bring with them yet another angle of inclusion. People that follow religions such as Islam, Christianity or Judaism cannot get permanent tattoos as part of their religion. Temporary tattoos allow them to express their individuality without compromising on their faith.

“The information about Jewish and Muslim folks getting tattooed is awesome, but is that [temporary tattoo company’s] intended audience? If it is, then that’s rad, but if it’s to charge people $400 for something that looks shitty in six months — that’s such an arbitrary way of saying a temporary tattoo is okay, but a permanent tattoo isn’t. I want to believe they have good intentions, but again, corporatising it just changes the whole thing for me.”