Florida Man Wears Thong As Mask In Protest Against Airline, Gets Kicked Off And Banned From The Flight

Posted by Sama in Life Style On 21st December 2021
advertisement

One thing this pandemic has really taught us in the past two years is that this world is full of stupid and selfish people. For the last two years, we have been going through a situation of crisis where hundreds of thousands of people have lost their lives. But there are still some people out there who take this virus and this pandemic a joke. Meet this Florida man who thinks the virus is funny that he flouts Covid rules and wears a red thong instead of a facemask while boarding a plane. 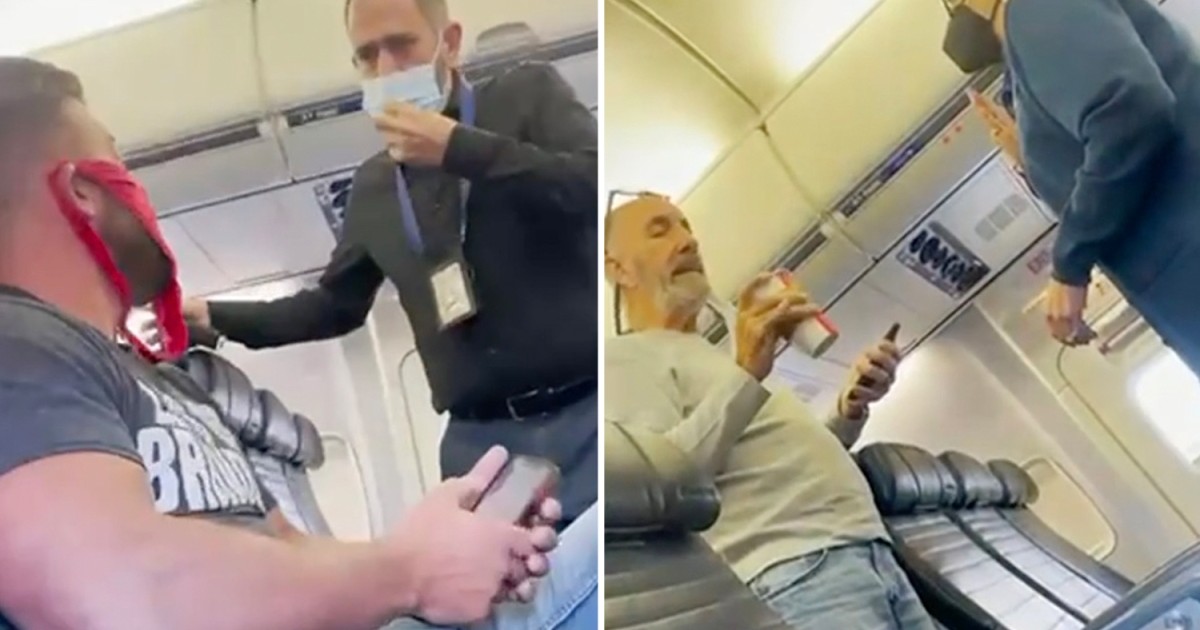 Adam Jenne, from Cape Coral, Florida, was banned from United Airlines flights after he wore a women's red thong as a face mask while boarding a flight in protest of rules requiring face coverings.

In an interview with NBC 2, Adam said that decision to wear a thong on his face on Wednesday morning at Fort Lauderdale Airport got him kicked off a flight headed to Washington, DC. 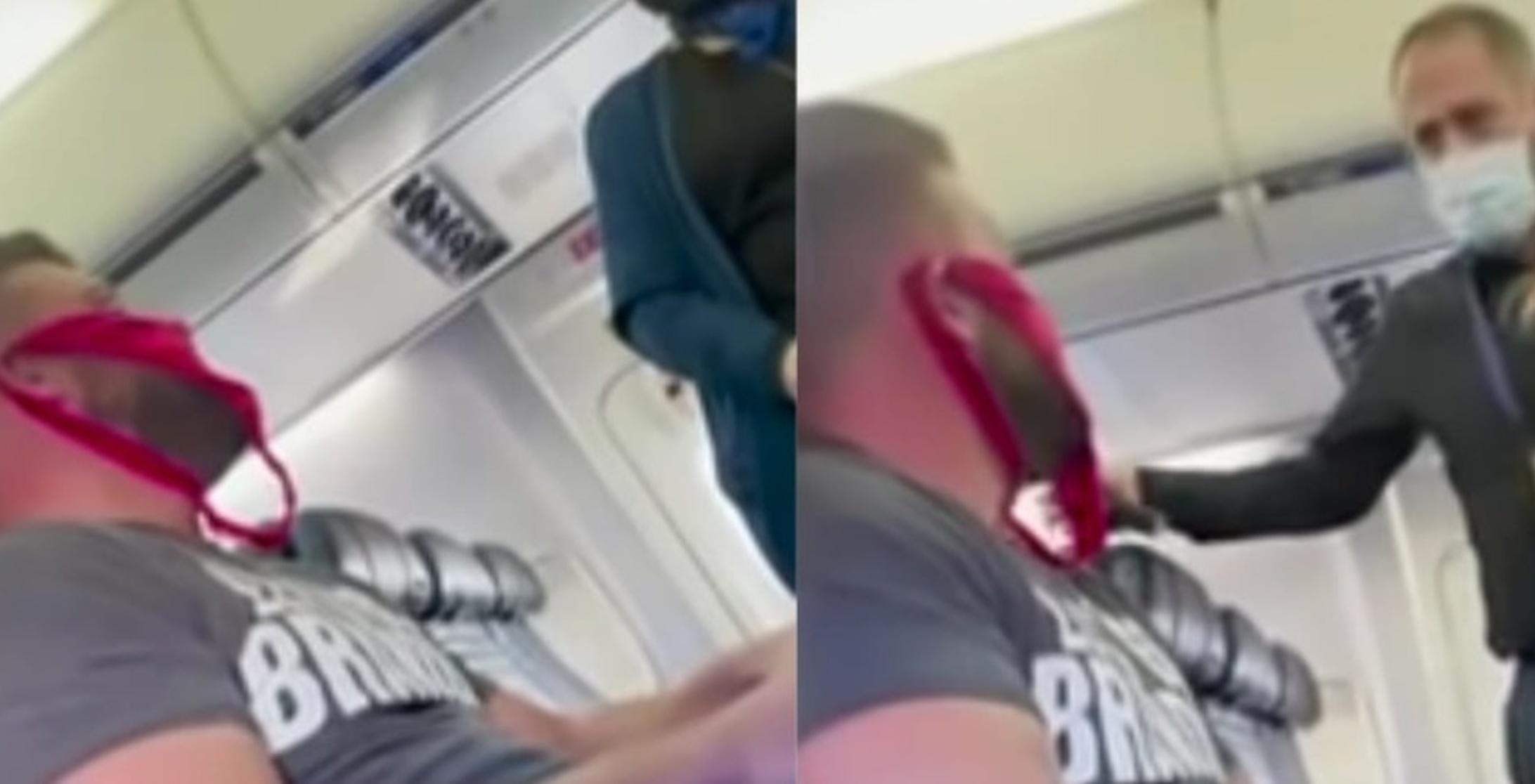 "I think the best way to illustrate absurdity is with absurdity," Jenne told the outlet.

He added: "Everything else that has sparked change in this country has started from everyday people. Rosa Parks wasn’t famous. She changed the course of history."

Apparently, this isn't the first time Adam has tried to board a flight wearing red underwear as a face covering. 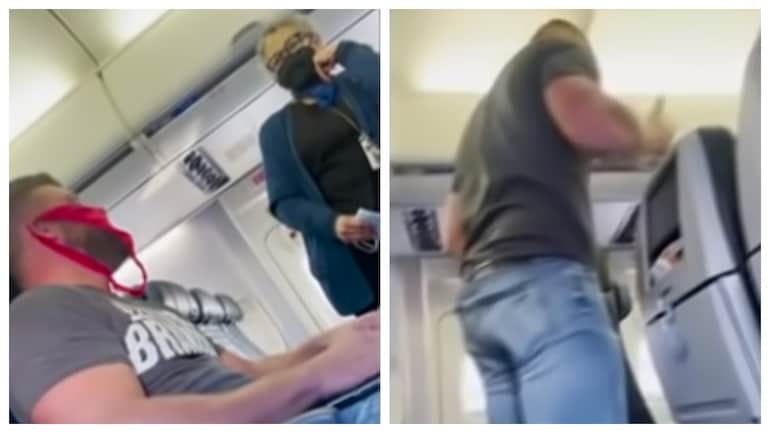 "Every single flight has been met with different reactions from the flight crew," said Jenne. "Some with a wild appreciation, others confrontational."

And on this particular United Airlines flight, however, his actions were far from appreciated by the flight staff.

"Eventually, they called TSA and airport security," said Jenne. "I ended up staying at the gate for about 45 minutes." 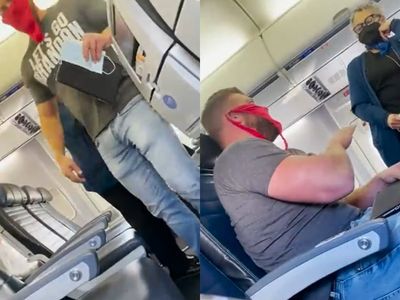 United Airlines has since released the following statement: "The customer clearly wasn’t in compliance with the federal mask mandate and we appreciate that our team addressed the issue on the ground prior to takeoff, avoiding any potential disruptions on the air." 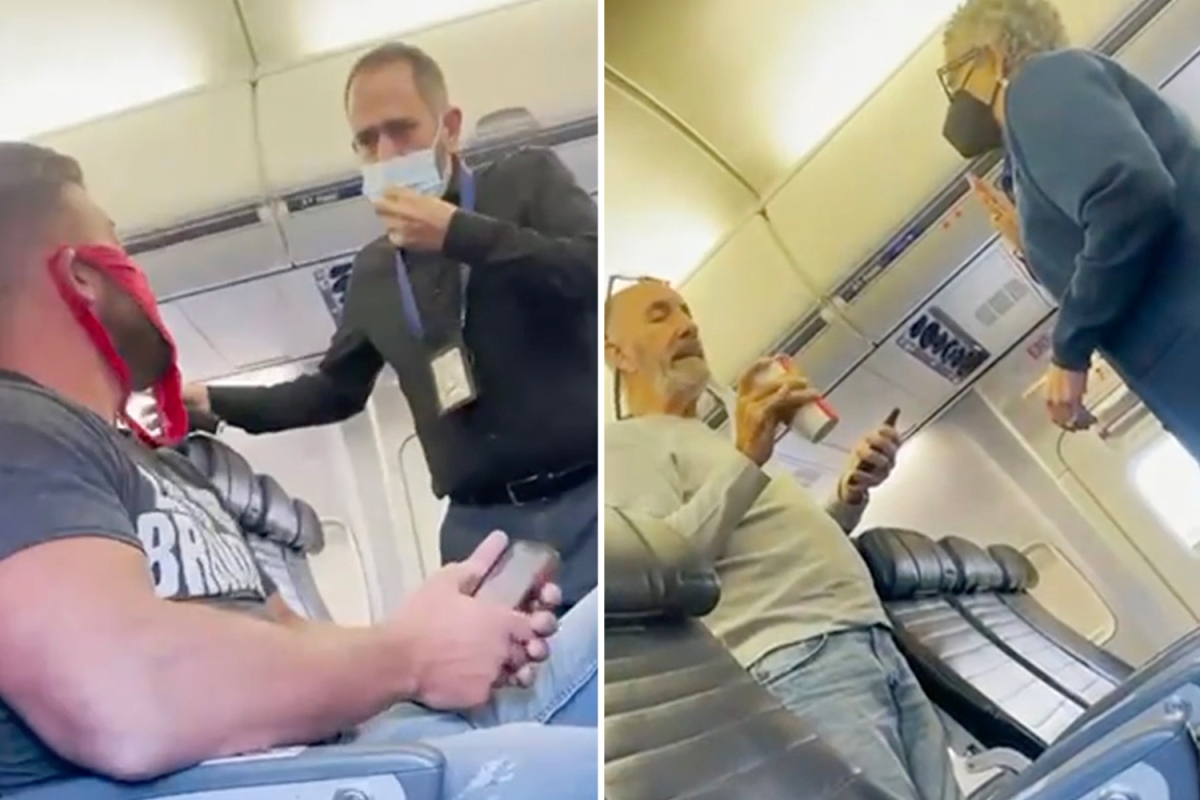 Adam who has already received his refund for the flight and plans on flying out again in the coming week, says: "It’s all nonsense. COVID doesn’t know that we’re at cruising altitude. It’s stupid. The whole thing is theater."

"Hopefully, Spirit Airlines has a better sense of humor tomorrow," he said.

The bizarre incident comes only weeks after a couple was asked to leave an American Airlines flight after a bitter altercation with the flight staff, even though they were traveling with a 7-week old child.

Sharing footage of the incident on Instagram, the baby's father wrote: "Your staff is absolutely disrespectful!!!! Kicked a new mother and our 7 week old baby off the plane for absolutely nothing!!!!

A Florida man gets kicked off of a United Airlines flight for wearing red women’s underwear on his face as a mask. He wore the underwear as a protest to the mask mandate. The man was kicked off the flight bound for DC.
🎥Fox4 @RobManch pic.twitter.com/XKBteEPLv6