Posted by in Bizarre On 12th March 2021
ADVERTISEMENT

A woman truly outdid the other 'Karens' when she straight up called the police on Taco Bell workers for not giving her Nacho Fries. 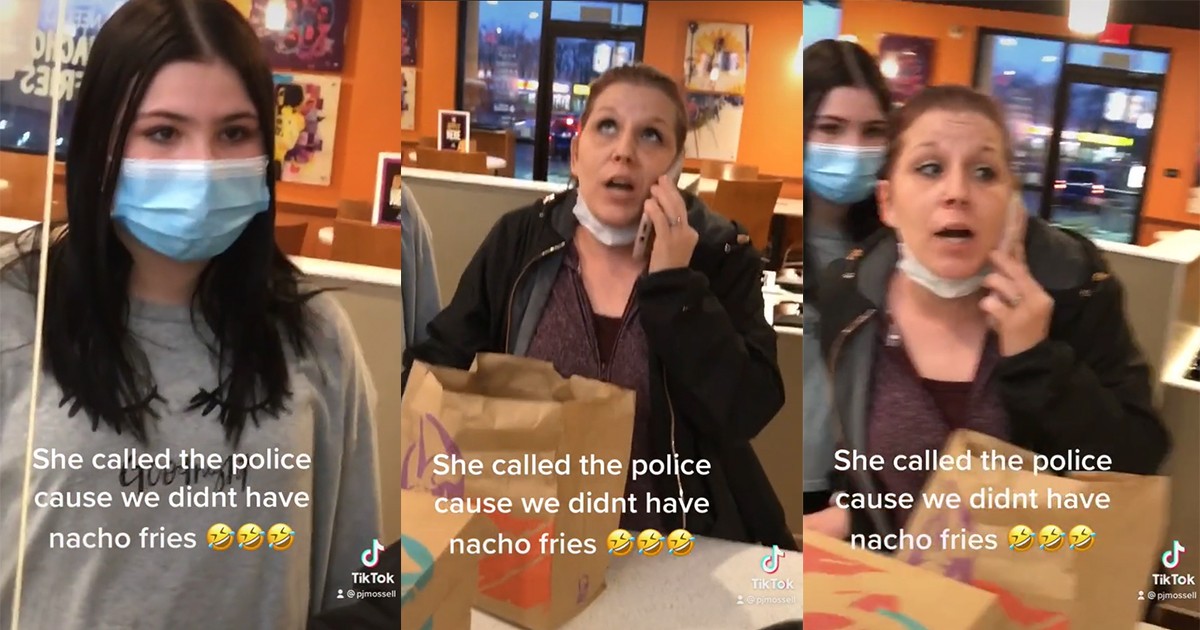 It all started with this TikTok video by user @pjmossell.

In it, we can see a 'Karen' on the phone trying to call the police on a couple of fast-food workers.

The video starts off-centre when she is already on the phone, so we can't really see what led her to this point but we imagined it had to be more than nacho fries. 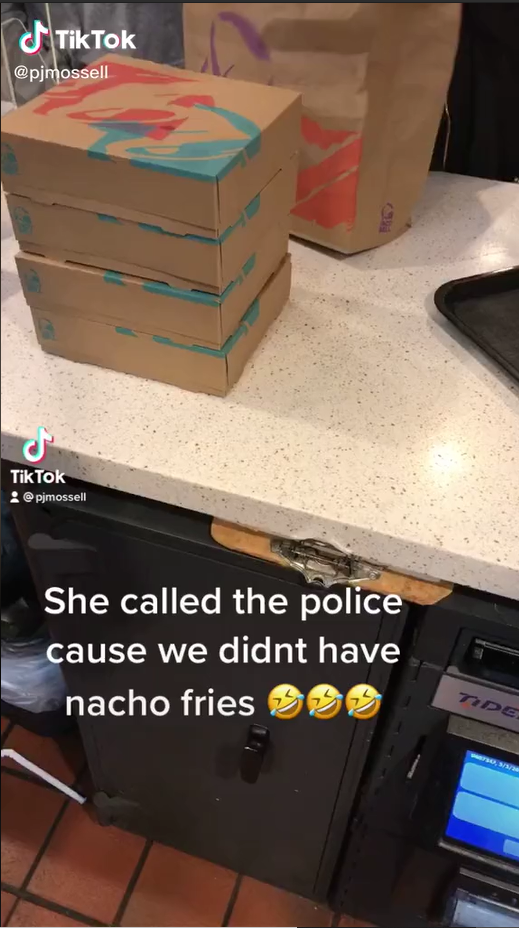 Apparently, it really was just nacho fries. She can be heard speaking to the cops telling them, "These teenyboppers are not doing their job." 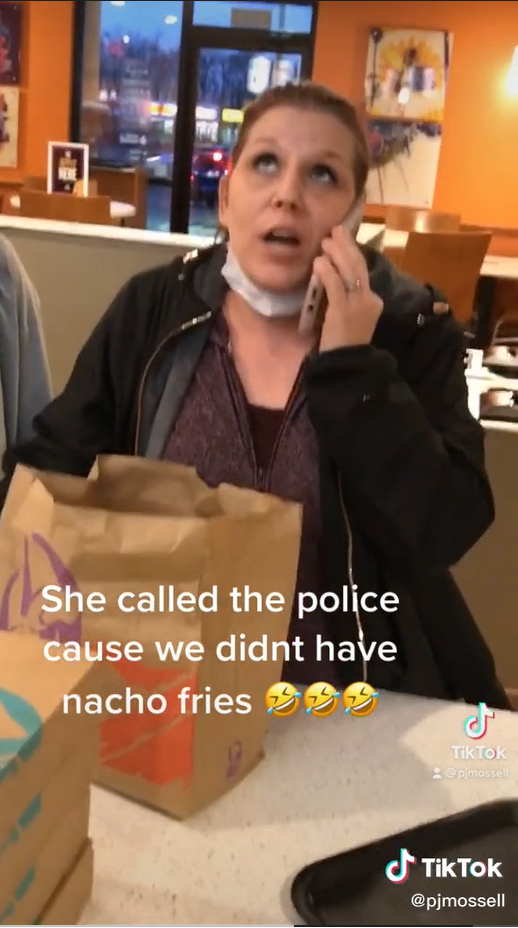 It's when the workers clearly cannot contain their incredulous laughter at this ridiculous complaint. That's when the store employee addresses the girl with her, asking if she is treated the same way at home. 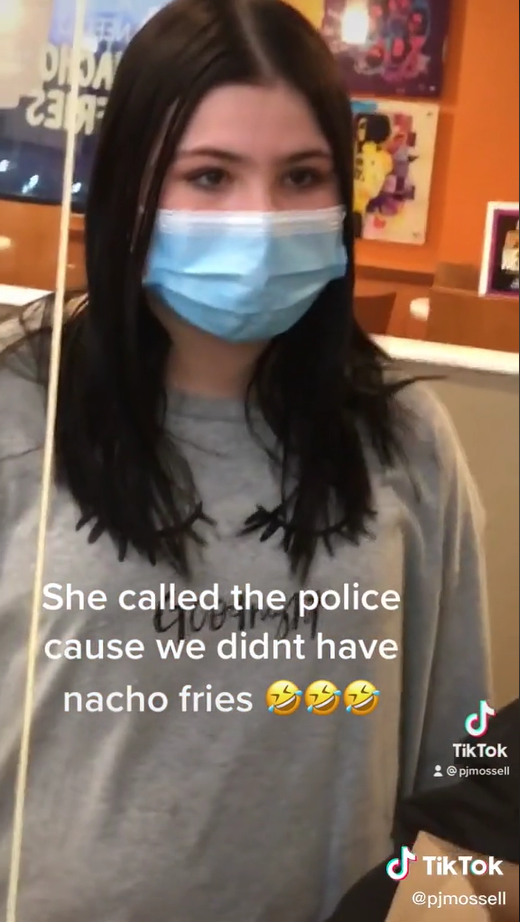 This triggers the 'Karen' as she moves in front of her daughter saying, "Don't address my daughter" as the video cuts off. 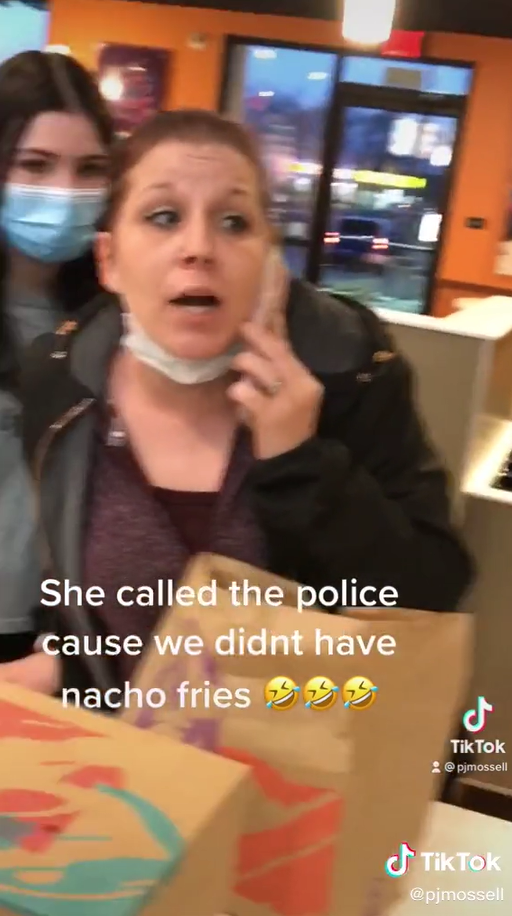 Commentators were having none of it with some highlighting the woman's carelessness for holding up an emergency line when someone else could be in need.

Another user said she was done with this sort of behaviour.

Others noticed how motionless the daughter was in this situation.

They figured the poor girl had seen much worse from the 'Karen'.

The girl's body language made them believe she was used to it.

or perhaps it was embarrassment that she was hiding behind that mask.

Others claimed that the only reason the 'Karen' got annoyed was because the employee probably hit the nail on the head.

Needless to say, users were worried about the girl.

In fact, they were already picturing her future.

One user put forward an idea where people should be reprimanded for holding up emergency lines.