Man Who Harassed Woman At Gym Turned Out To Be Stalker

A Tiktoker unknowingly recorded a man harassing her at the gym who turned out to be a stalker with a criminal record. 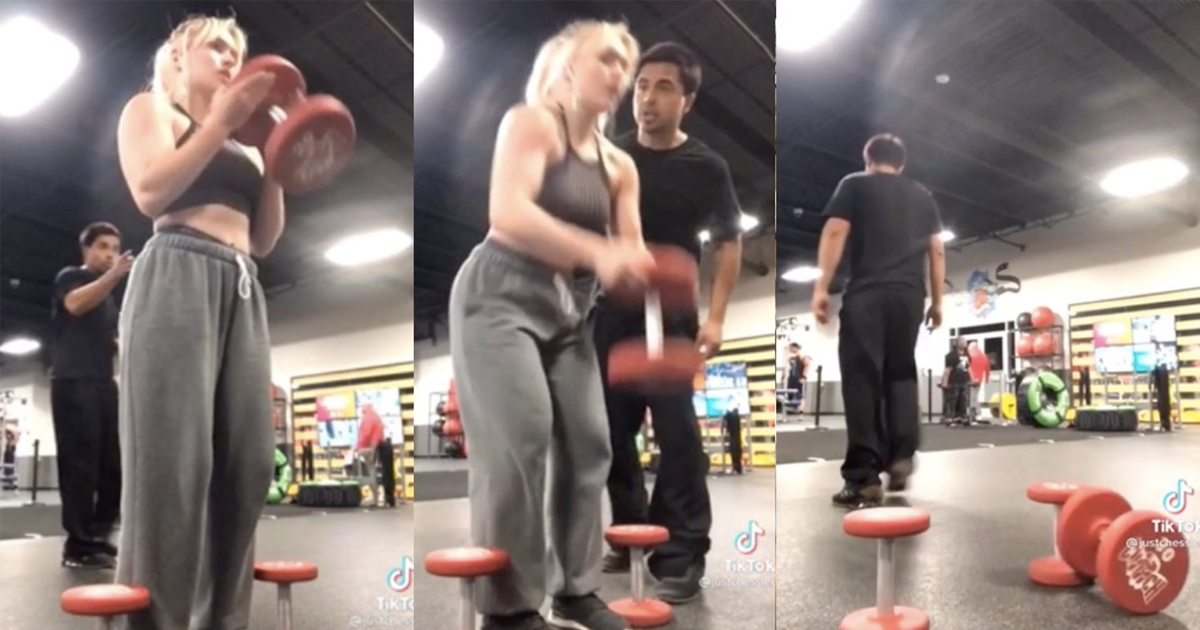 Chelsea Gleason is a TikToker who records herself working out to share her progress and see her form. Unfortunately, like many other female gym-goers, Chelsea was being harassed by a male patron of the gym.

being a female is fun(:

In the video she posted onto her Snapchat and Tiktok, she finally managed to catch the guy in the act and collect proof of how he had been harassing her for months. 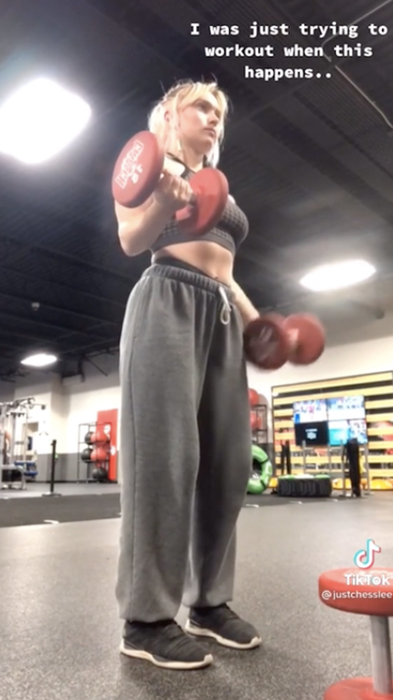 She can be seen minding her own business as he approaches her. She continues to ignore him, keeping her headphones in.

The man however continues to get close and encroach on her personal space almost touching her. As she starts to feel unsafe, she calls out asking him not to get close to her or touch her. At this point, he immediately turns around and leaves. 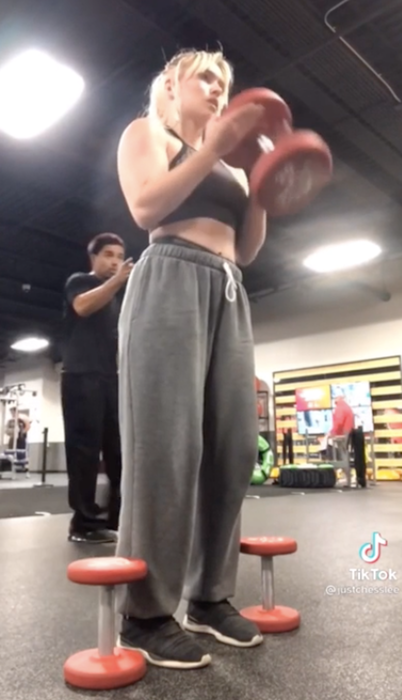 It’s difficult to decipher what the man had been saying but she revealed in a later video that he was saying incoherent things. He claimed his girlfriend’s personality had “been changed” and that she was next. The point at which Gleason spoke up in the video was when he had leant in to call her a “traitor”.

Heres the long awaited story time! Again thank you @crunchfitness for all the help ! #fitness #fitnessgirls

People were immediately concerned for her safety. Gleason revealed that the man had been coming up to her for many months starting off by saying harmless yet annoying things like “I like your form”.

Also was not trying to bash the gym at all by making the post just Spreading Awareness!! #besafe #gymgirls #fitness

Gleason also revealed that the man considered Taylor Swift to be his girlfriend. It was obvious that there was something wrong beyond general harassment.

After escalating the issue for her safety, Gleason was accompanied by Gym management to her vehicle until they could identify and locate the man. He was also banned from the gym later on.

People were surprised by her patience and lauded her for keeping her wits about.

They also praised her for standing up for herself when the time came.

Another woman wondered how far it could have gotten if she hadn't said anything considering she was already doing her best to completley ignore him.

Most however were sure that there was something more going on with the man and hoped that he got the help he needed and would not endanger women further.

Others shared similar stories that happened to them.

Luckily, she is now able to safely work out in her gym without fear of being stalked.

we can jump up now😉