Posted by in Bizarre On 23rd June 2021
ADVERTISEMENT

Lobster Diver whose life is like a final destination movie keeps surviving the craziest things, most recently a whale attack where he was swallowed whole. This Reddit AMA reveals details of this strange adventure. 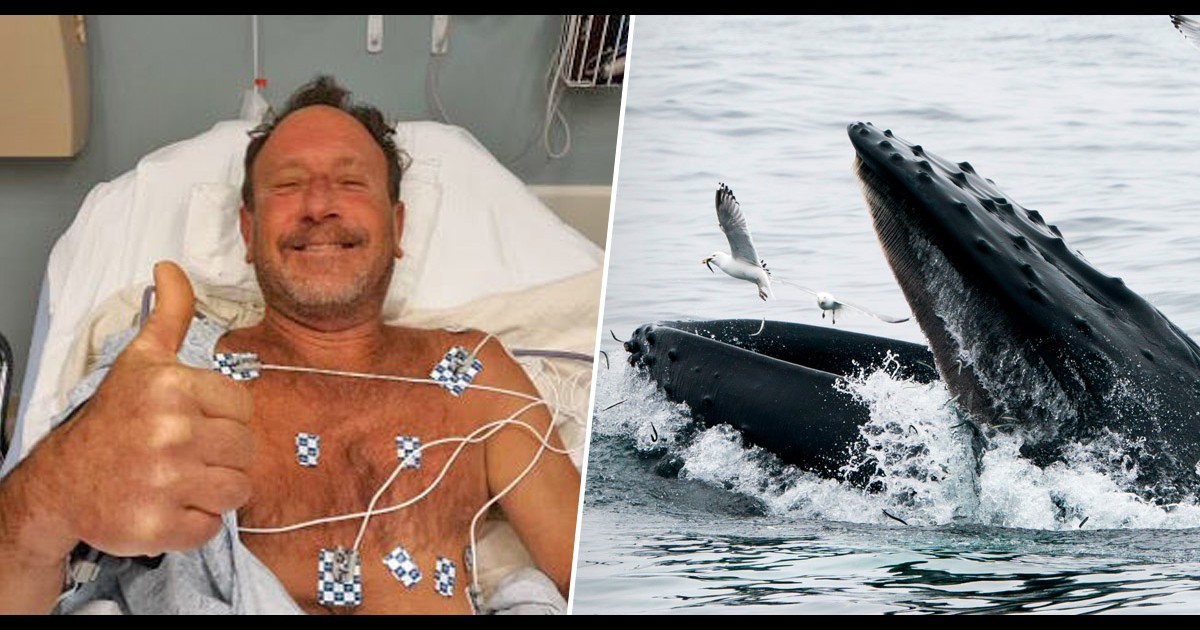 Michael Packard, a lobster diver was going about his workday, which is diving in the water when he was suddenly swallowed by a whale. A man who had previously survived a plane crash, it's no surprise that Redditors were clamouring to ask him all the questions that are burning in our head. Here are some of the best ones.

Jacob, his son ran the AMA for his father who he said is not so 'internet savvy'. 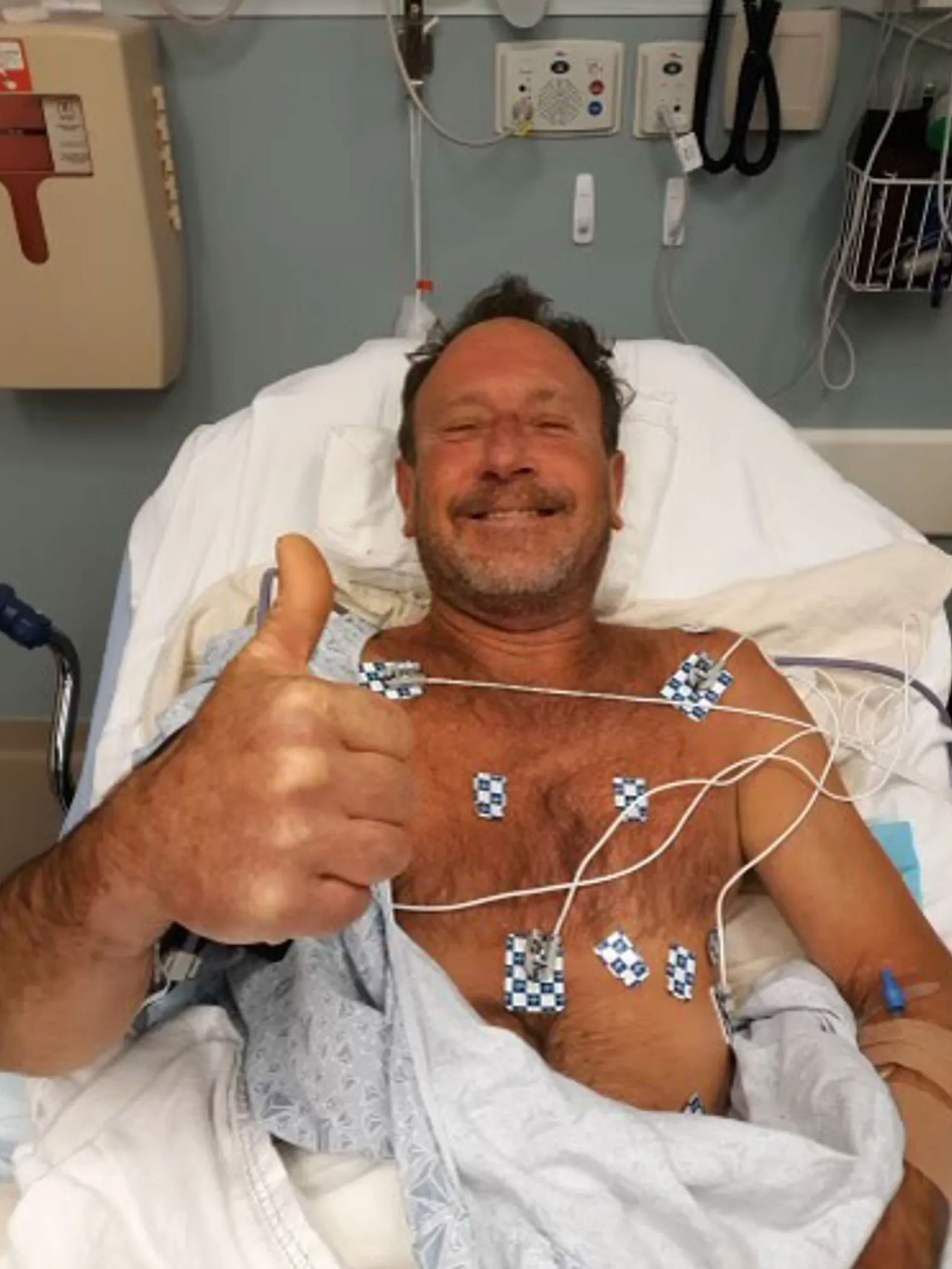 The Obvious One - How'd he know it was a whale?

To be fair, he would have seen it coming but I guess things arent as clearer underwater as we think.

Pressure Changes? Not at the top of Michael's list of worries.

Was it gunning for Michael or was it an accident?

How'd he make his escape out of the water?

How'd he manage to keep his cool (and his stuff)? 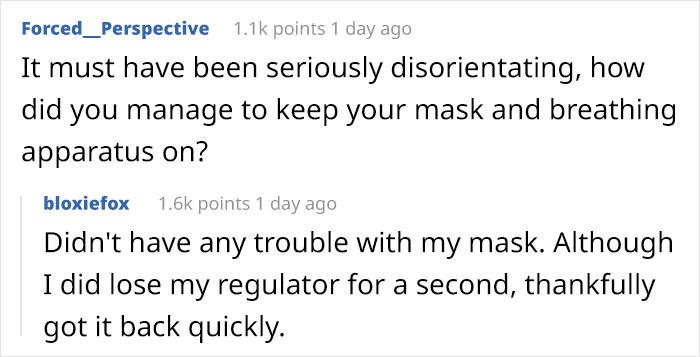 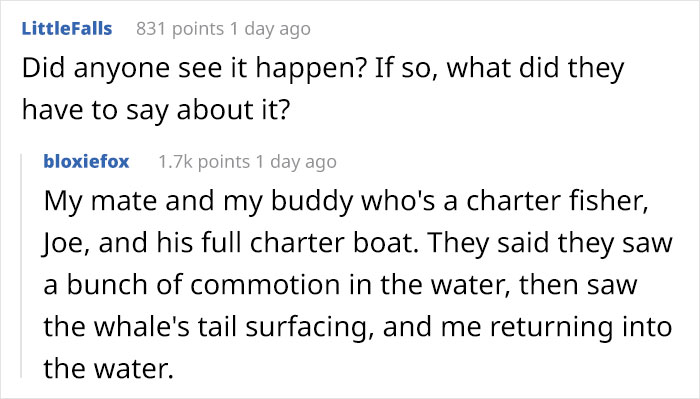 Coming to a theatre near you.

Did he see it coming?

Knowing his history with accidents, this is a more relevant question than you think. 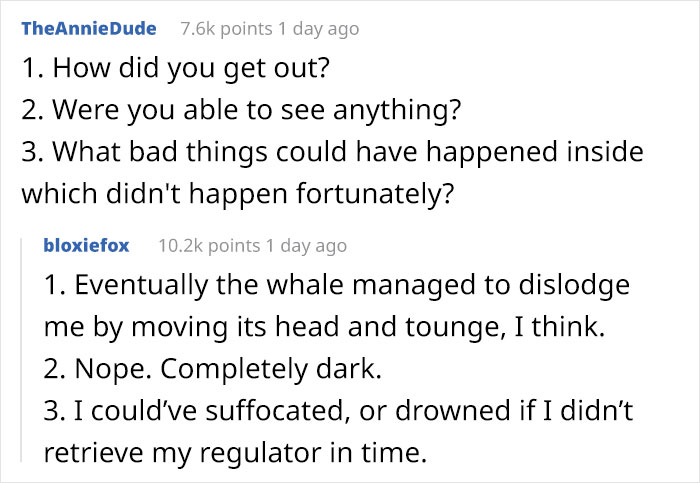 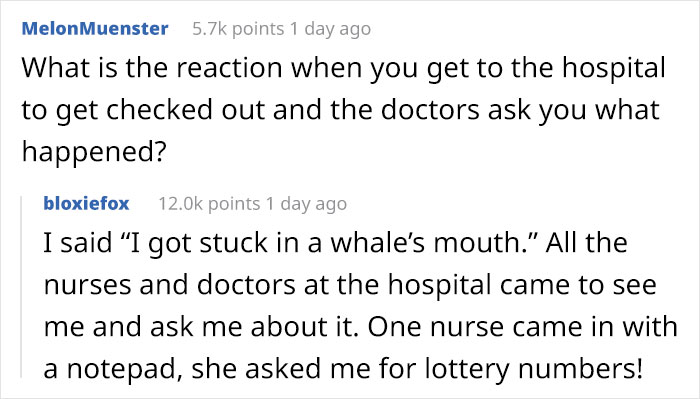 What does the inside of a whale sound like?

How long did it take? and how scared was he?

Looney tunes wants to have a word.

What were the injuries from? I think they're trying to figure out if the whale tried to take a bite.

Turns out the whale didn't want him either.

A question to the son who now has very big shoes to fill.

Nobody asked about how the whale was, except this guy.

How far did the two get?

Did the lobster diver find any lobsters in the mix?

Is this a common occurence?

This user thought he was in a Disney movie.

This guy wants to know the 4D experience. 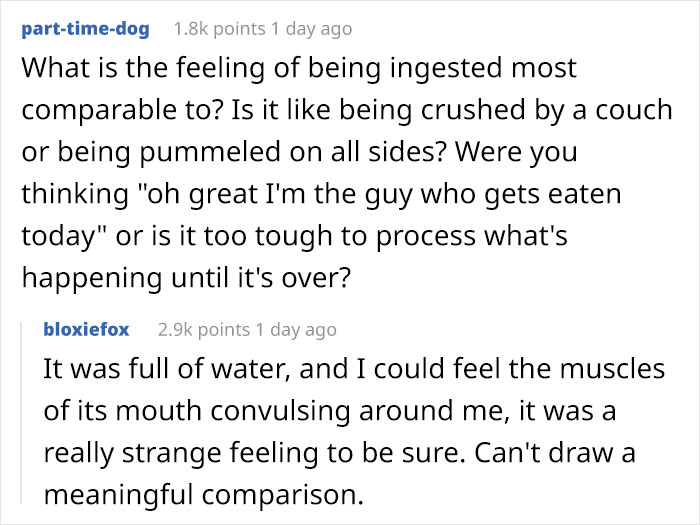 So many questions, so little time. 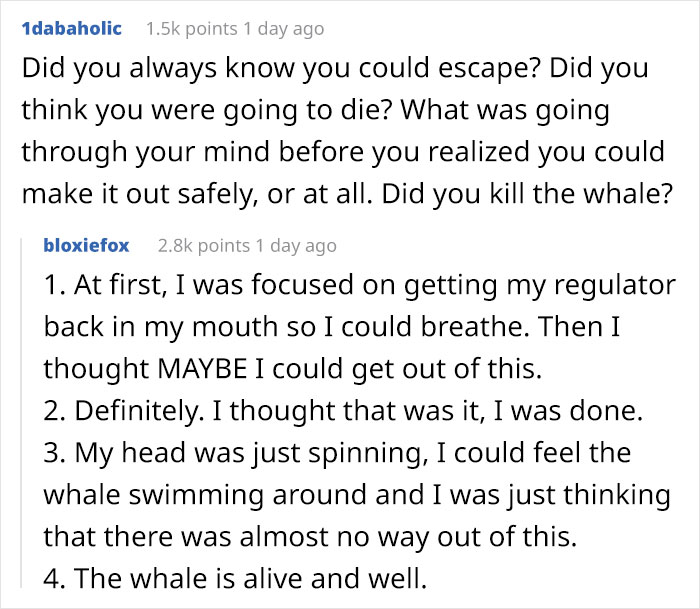