Obsessed With Body Modification, Brazilian Man Spends Around £400 In Getting A Set Of Tusks

Posted by Sama in Life Style On 3rd November 2020
advertisement

This man has spent most of his life tattooing his body and 80% of his body is covered in tattoos and now taking his obsession of body modification to next level the man has spent £400 to have two huge pointy teeth added to his own. 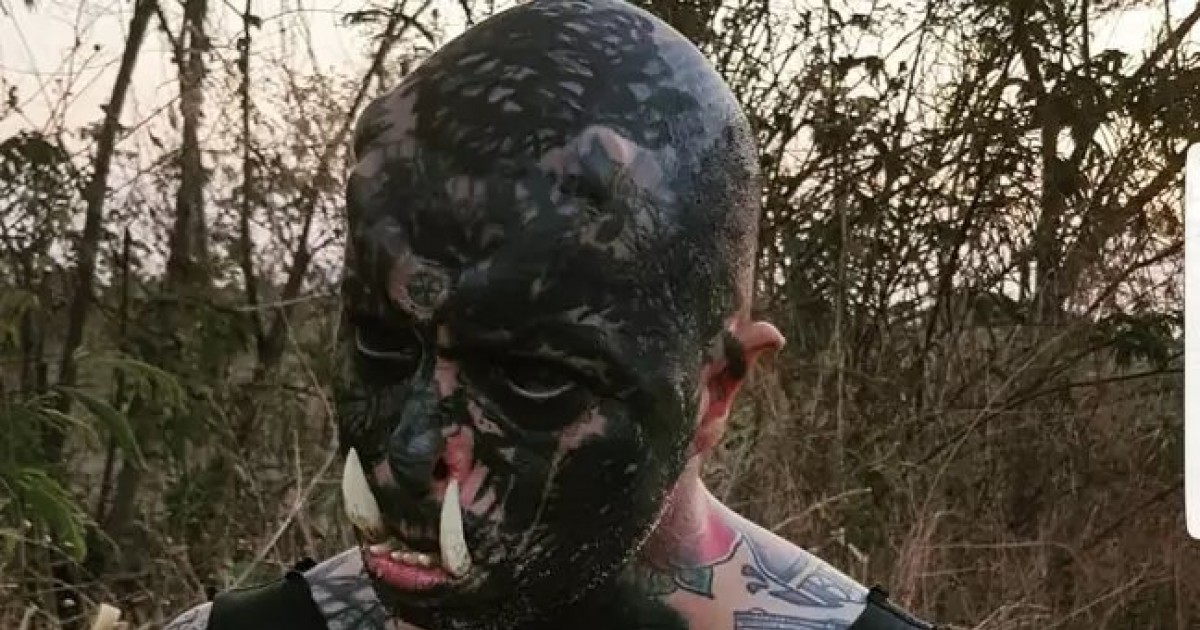 This man who is obsessed with body modifications has spent a huge chunk of money to get tusks fitted in his teeth.

The man who now goes by the name 'Orc' has spent a good part of his life getting tattoos on his body and his 80% of the body is now covered in ink. In his most recent addition, the man has spent about £400 to have two giant pointy teeth added to his own. 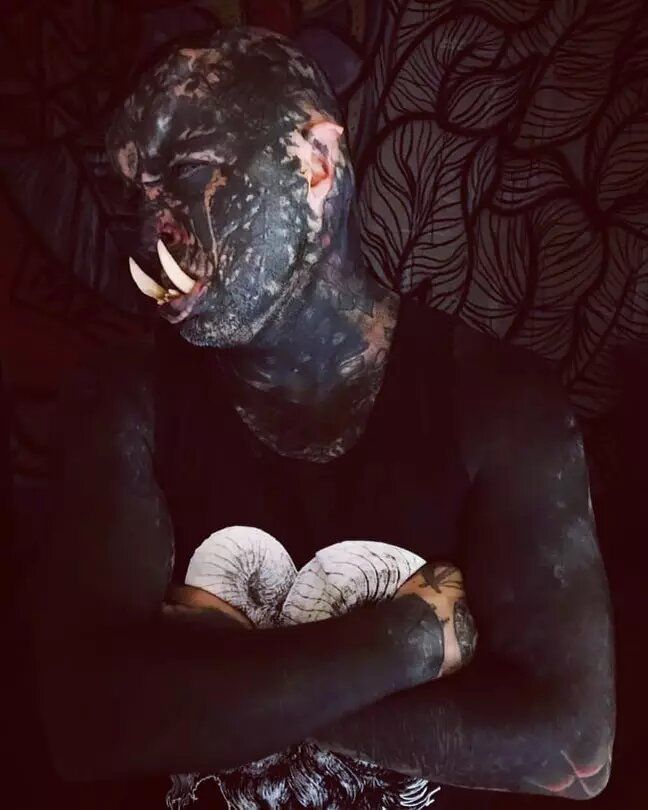 The 41-year-old hails from the tiny town of Iguatemi on the border between Paraguay and Brazil and says that he got his first tattoo at the tender age of just 15.

The man started his body modification process at the age of 35 and now he has no plan of stopping anytime soon. 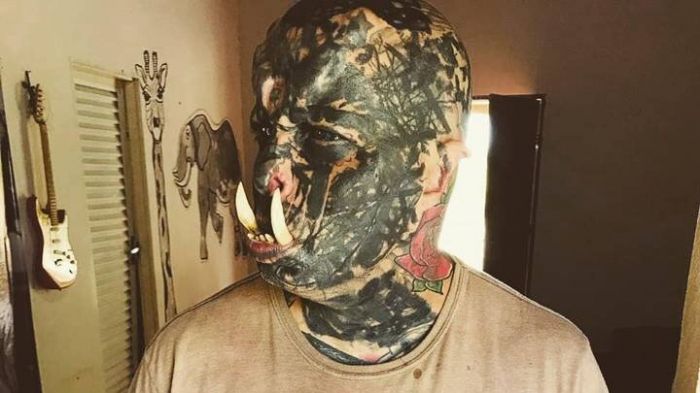 Orc has a number of subdermal piercings - piercings inserted under the skin - as well as tattooed eyeballs and a split tongue.

Many people have pointed out to him that he looks weird but Orc couldn't care less.

He explained: "I am trying to be myself, these are just my ideas, my inspirations coming from the heart.

"I am not inspired by anyone." 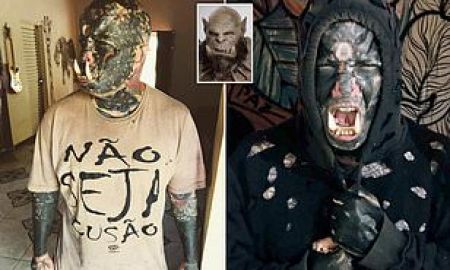 Not only this but Orc says that he gets unique attention for this too.

He continued: "They tell me good things that motivate me to continue.

"Bad people exist everywhere and are always around... but they don't shake me." 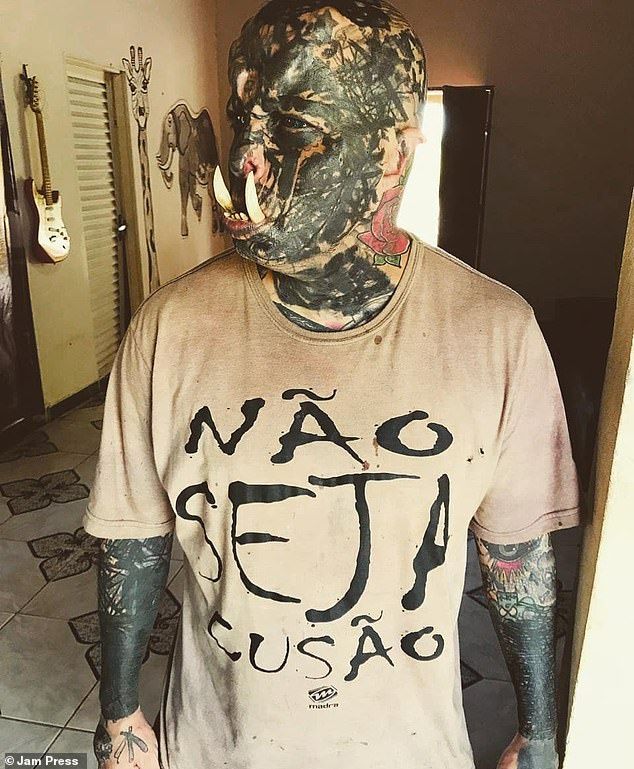 Orc is definitely proud of his new look but his journey to this point was definitely easy as his family was not that supportive of his decision.

Orc added: "I was raised in Campo Grande [a city in central Brazil] by my parents.

"My mum doesn't like it, my dad tolerates it and my friends find it weird." 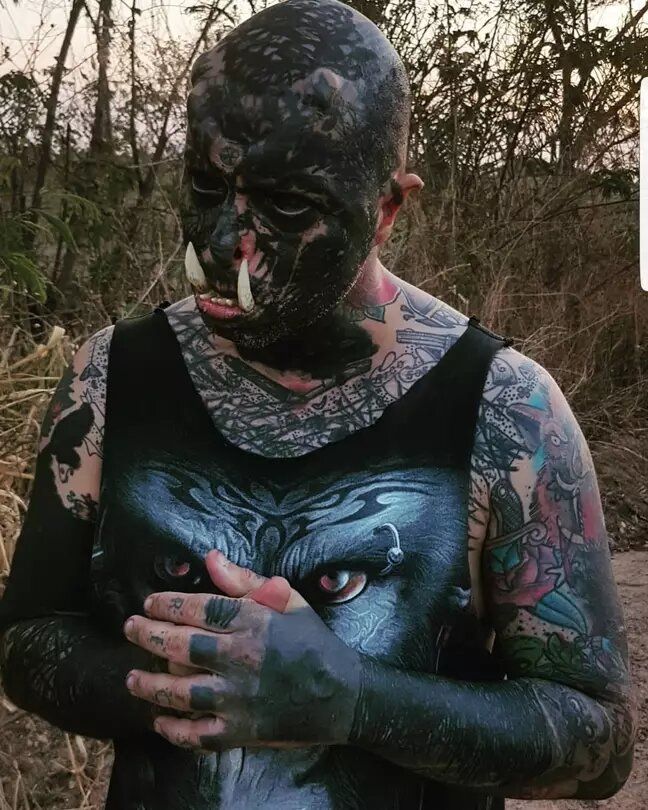 He plans to continue on with getting tattoos and body modifications as he really doesn't care what others think.

It's actually quite a positive attitude to have, when you think about it.

He concluded: "Live, be happy, travel, love. Do whatever you want.

"Life goes by fast and death is certain."

That's certainly true, my man. You do you.