Posted by in Bizarre On 30th March 2021
ADVERTISEMENT

An ex-boss who was mad at his employee for resigning dumped a van full of oily pennies on his employee's driveway after he continued demanding his last paycheck. 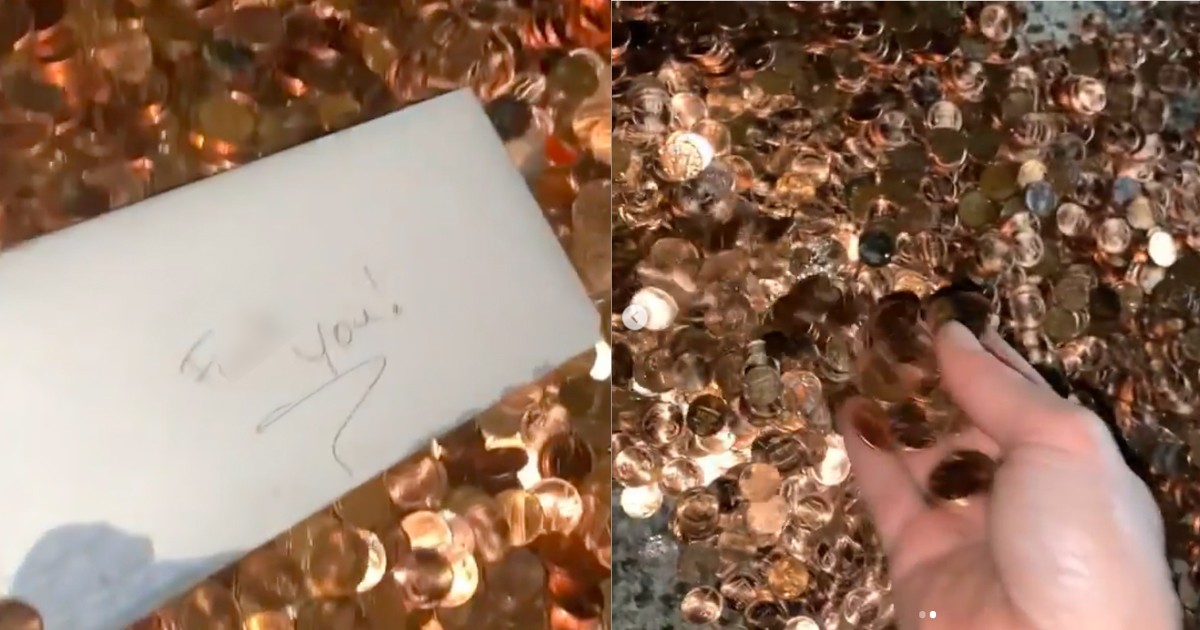 A user by the name of Olivia Oxley uploaded a strange video to her Instagram, showing a pile of pennies randomly sitting in her driveway. A letter saying the words 'f*ck you' was sitting on top of it. 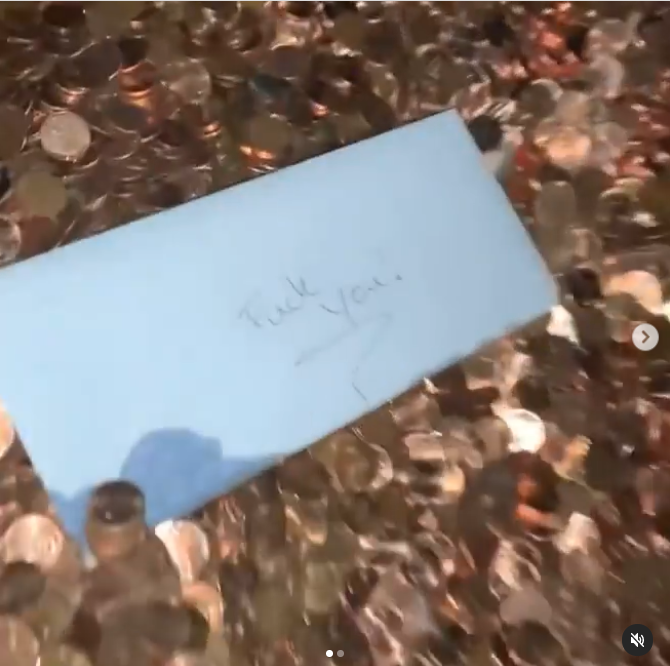 The pennies were also covered in some mysterious oil. 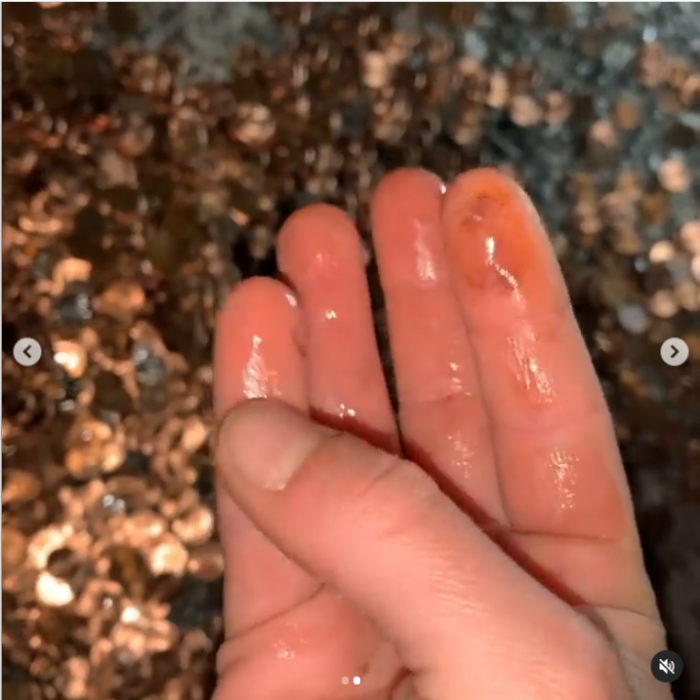 In her caption, she reveals that the pile of pennies was meant to be her boyfriend's last paycheck. The boyfriend's ex-boss had decided to complete the last invoice by dumping it on their driveway.

She further details how the boss had made working for him hell and no matter how politely the boyfriend tried to end his role, the boss was not having it and continued to be petty.

After withholding his last paycheck for months, the boss had to relent once they decided to go to their lawyers. 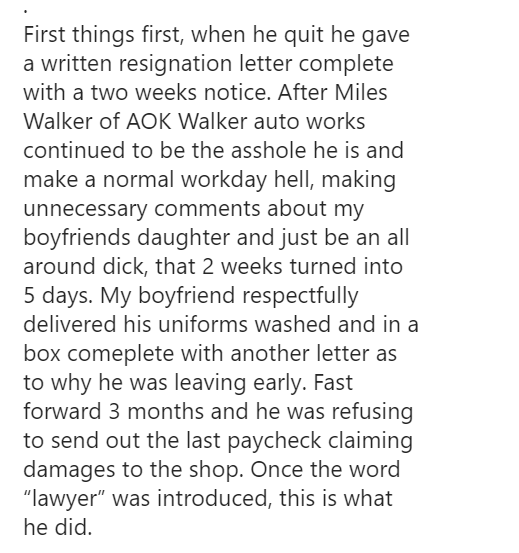 The boss decided to get some petty revenge and not only dumped the pennies on the ground, but he also covered them in some strange oil.

Olivia was at a loss as to how to even handle the sheer amount of coins in their driveway. 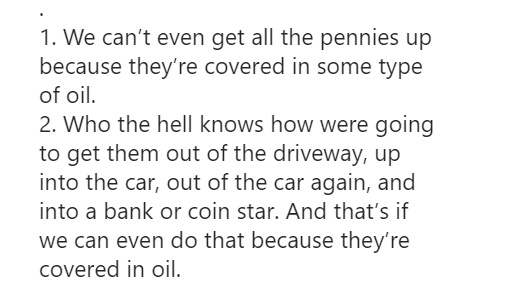 She also wondered at the mental health of the boss who went to many lengths just to be inconvenient for them. 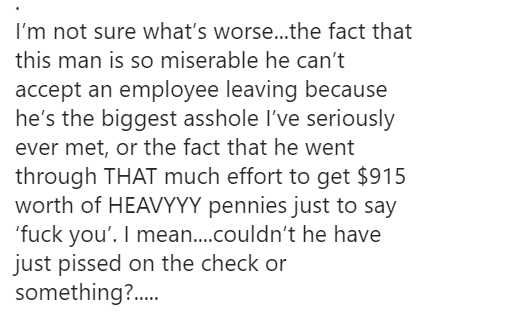 She then proceeded to call him and his business out, saying that no one like him should have a successful business.

Commenters were appalled at this behaviour and wondered if they could get the law involved.

When approached for comment, the owner of the company Miles Walker stated, “It doesn’t matter — he got paid, that’s all that matters,”.

Unfortunately, his petty revenge isn't a criminal offence and no charges have been brought against him.