Posted by Sama in Bizarre On 15th October 2020
ADVERTISEMENT

This woman in a bizarre interview with the British morning show, This Morning, shared details about her love life with a ghost and the reason behind her breaking off her 2-year-old engagement with her ghost lover. The reason? Her fiance Ray turned into a total party animal while they were vacationing in Thailand. 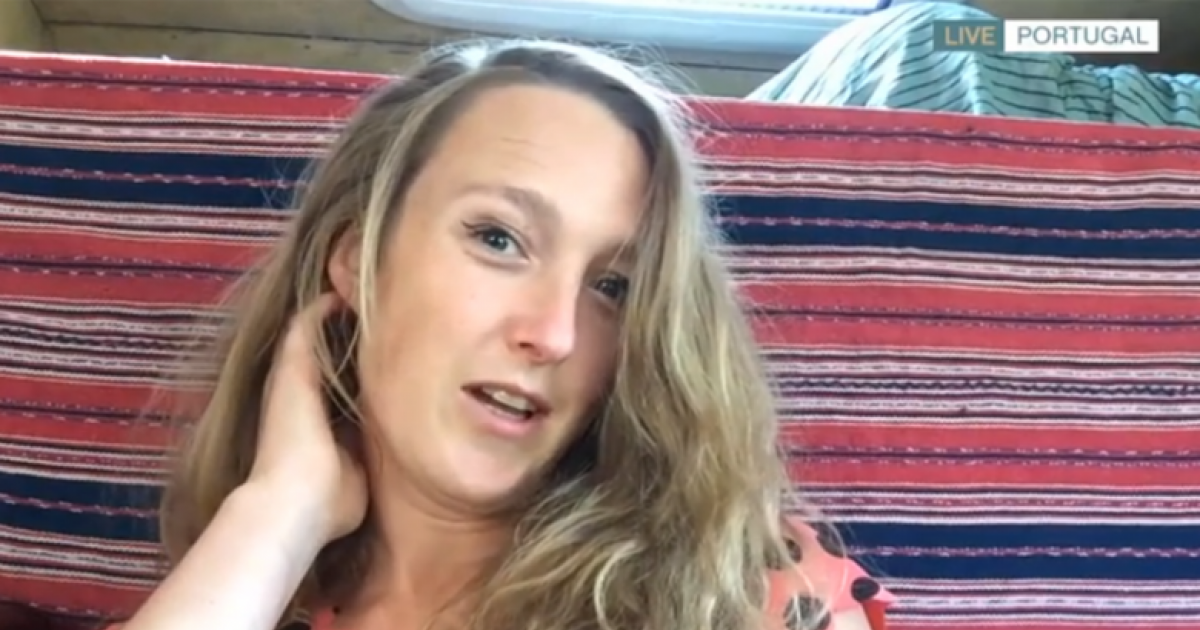 This woman is suffering from heartbreak after her wedding with her ghost lover got called off. The reason behind the call off? Her fiance's erratic partying habits.

Oh and did we tell you, the woman was in relationship with someone from paranormal realm. 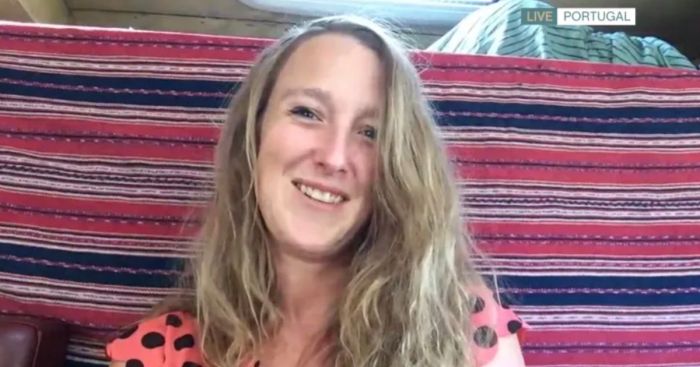 So this woman's unconventional love story has been doing rounds on social media after she gave an insight into what it felt like dating a ghost. And the grizzly details about her breakup.

Also, did you know there is a textbook definition of those who chose to date people from the paranormal world?

The condition is more formally known as "spectrophilia." 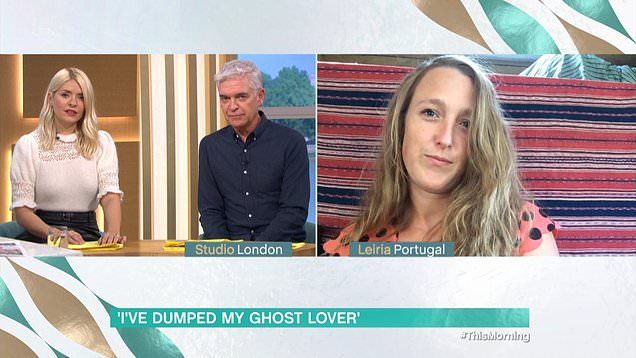 Mark Griffiths, a psychologist who explores “addictive, obsessional, compulsive, and/or extreme behaviors” writes that “spectrophilia as a condition is probably real, even if ghosts themselves aren’t.”

This condition affects many people in different ways. 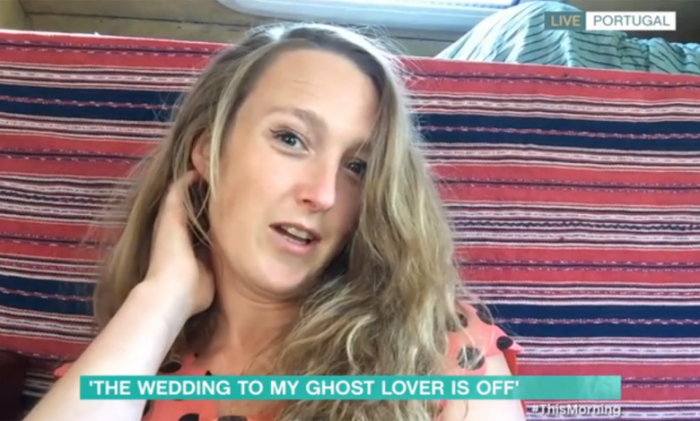 If you were ever intrigued by Thackery Binx, the ghost boy who became a cat in Hocus Pocus, or felt a stirring in your loins at the thought of Bruce Willis’ gloomy scowl in The Sixth Sense, then you, my dear friend, have been struck by spectrophilia.

This brings us to the story of Amethyst Realm. A spiritual guidance counselor from Bristol Uk who has always been open about her situation. Her unique and one can say spooky love life made headlines back in 2017. 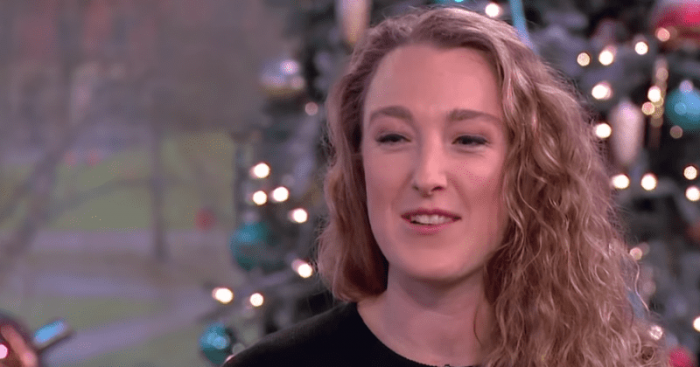 At that time the woman claimed to have sex with over 20 ghosts. She explained how her intimate connection with the spiritual world started when she was just ten-years-old, saying that this was when she began to feel a spectral presence.

In a bizarre interview, the woman gave intricate details of her spooky and passionate love life with ghosts. 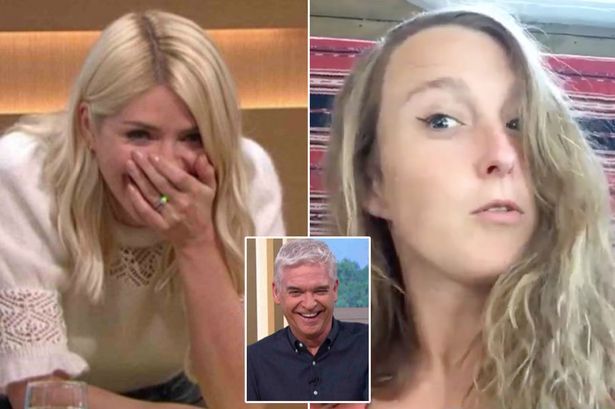 “It started as an energy… There was pressure on my thighs and breath on my neck. I just always felt safe. I had sex with the ghost. You can feel it. It’s difficult to explain. There was a weight and a weightlessness, a physical breath and stroking, and the energy as well.”

Ever since her bizarre interview, Amethyst has been famous in the world of humans for her weird and equally unique experiences.

Now the woman is back with an equally strange tale of her paranormal love life.

Appearing again on the British morning show, This Morning, she told presenters, Phillip Schofield and Holly Willoughby about her latest love dramas.

She began by explaining that she and her ghost fiance, Ray, had broken up and called off their wedding after a 2-year romance. When confused interviews asked Amethyst what want went wrong in the relationship, she replied, “We’ve called the wedding off. It was going really well until we went on holiday [vacation] and that was about last May and then he completely changed.” 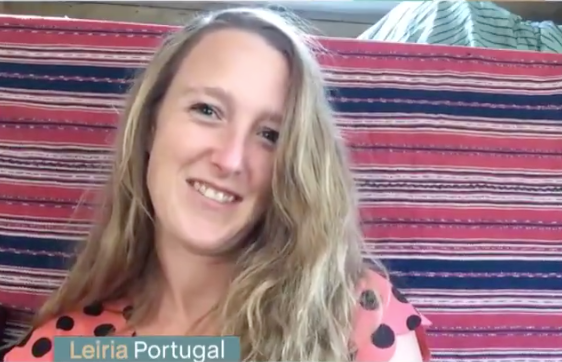 Ray turned into a total party animal while they were vacationing in Thailand. This is the first time we got to know that even ghosts are tempted by parties and drugs.

And Amethyst was definitely not impressed by this attitude,

She continued: “I think maybe he fell in with a bad crowd when we were on holiday. He just started becoming really inconsiderate, he’d disappear for long periods of time, when he did come back, he’d bring other spirits to the house and they’d just stay around for days.” 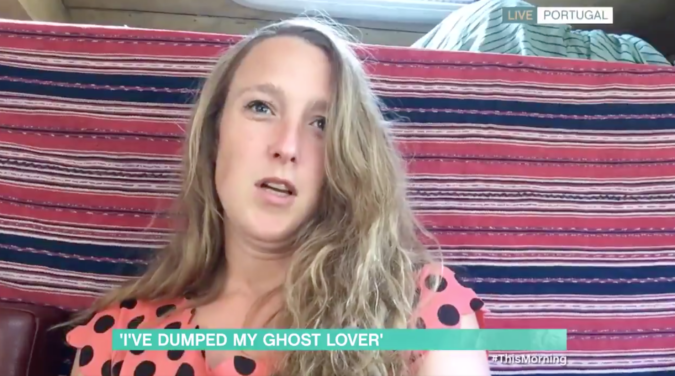 Holly and Phil, visibly confused, asked Amethyst what could be the reason for the changes in Ray's behavior.

“I think he started doing drugs and partying a bit much,” explained Amethyst. “He used to come back and these spirits would stay for days at a time. There’d be crashing and banging and strange noises.” 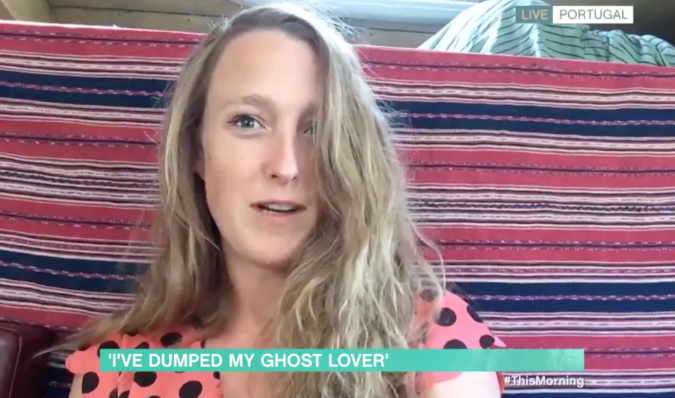 “Well, he was partying in both, judging by him disappearing and then coming back to mine,” concluded Amethyst. 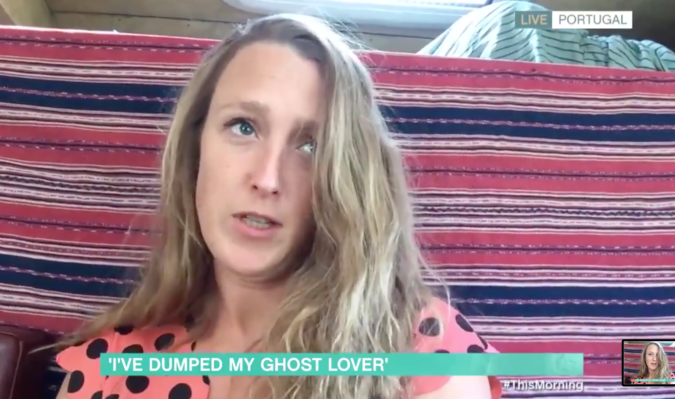 However, after this interview, many people are worried about Amethyst's mental health condition.

Found this quite disturbing...this girl clearly had mental health issues and I don’t think that should be exploited for light entertainment 😟